Sunday brings us the winter solstice, significant in that it brings the years shortest day and conversely, its longest night. After this sunrise, our amount of day light slowly increases and we get to start back into gearing up for spring fishing. Since pulling off the shrink wrap is still a few months away, it’s wood and not sun which heats our rooms and since by the time you get home from work there is barely enough light to do anything just short of something, it’s good to have a few cold weather options. There are still a few fish in our sea and ponds and the fishing expo season has just begun.

Until the cold sets in hard and north winds just make a mess of every weather pattern, party boats can be our best chance to catch fish. Small cod continue to be a draw for the Galilee head boats, along with pollock, red hake, ocean perch, and scup. Party boats certainly can cure the winter blues, getting you out to deep water, Clay Head or south of Block Island. And can we please stop calling it Block? A place whose 17th century Niantic Indian translation is “Island of the Little God” deserves the respect of a full name, in spite of this being an instant-coffee-and-everything-else world. ‘Nuff said. There are several boats in the Galilee and Snug Harbor, giving you options for species and areas. Not having to worry about bait and gear is also a great incentive to get on board for a few hours on the water.

With the briars and brush cleared back, we can go hunting for a clear space along a few rivers, hoping to hook into some holdover bass. Usually just a few casts will tell you if anyone is home. There are some freshwater opportunities around as brookies and rainbows have been restocked in several ponds, including South Kingstown’s Barber Pond and North Kingstown’s Silver Lake. Largemouth will take shiners year ‘round and a few farm ponds have catfish that will grab cut bait right through the winter. The new season definitely means better odds of coming home empty and as she really sets in, the need to feel a line tug can be stronger than the need to just cast.

A quick drive up 95 can put you at the Fox Point Hurricane Barrier and that’s a fine place to cast a Cocahoe Minnow or a Super Zoom fluke throughout the winter. A good day there can yield lots of shorts with the occasional small keeper, but in mid-winter, it’s more about the catching and not the keeping. When all is aligned, it’s not unusual to catch a few dozen small bass in one afternoon. There are a select number of spots in the area and even while standing near a noisy highway, graffiti covered wall or gaudy strip club, it’s still an easy trip with decent chance of catching some fish.

In addition to all this opportunity, there are the upcoming fishing and hunting shows. The New England Fishing & Outdoor Expo will be held at the Holiday Inn in Boxborough, Ma on February 6-8.  This show has the usual boats on display, trout pond and casting pool for the kids. The Springfield Sportsmen’s Show is February 19-22 up in West Springfield, Ma. This show is in its thirty-second year, covering all outdoors pursuits, including hunting for big bucks, turkey and weird exotic animals which look like we probably shouldn’t be shooting them anymore, as well as fresh water and ocean fishing. 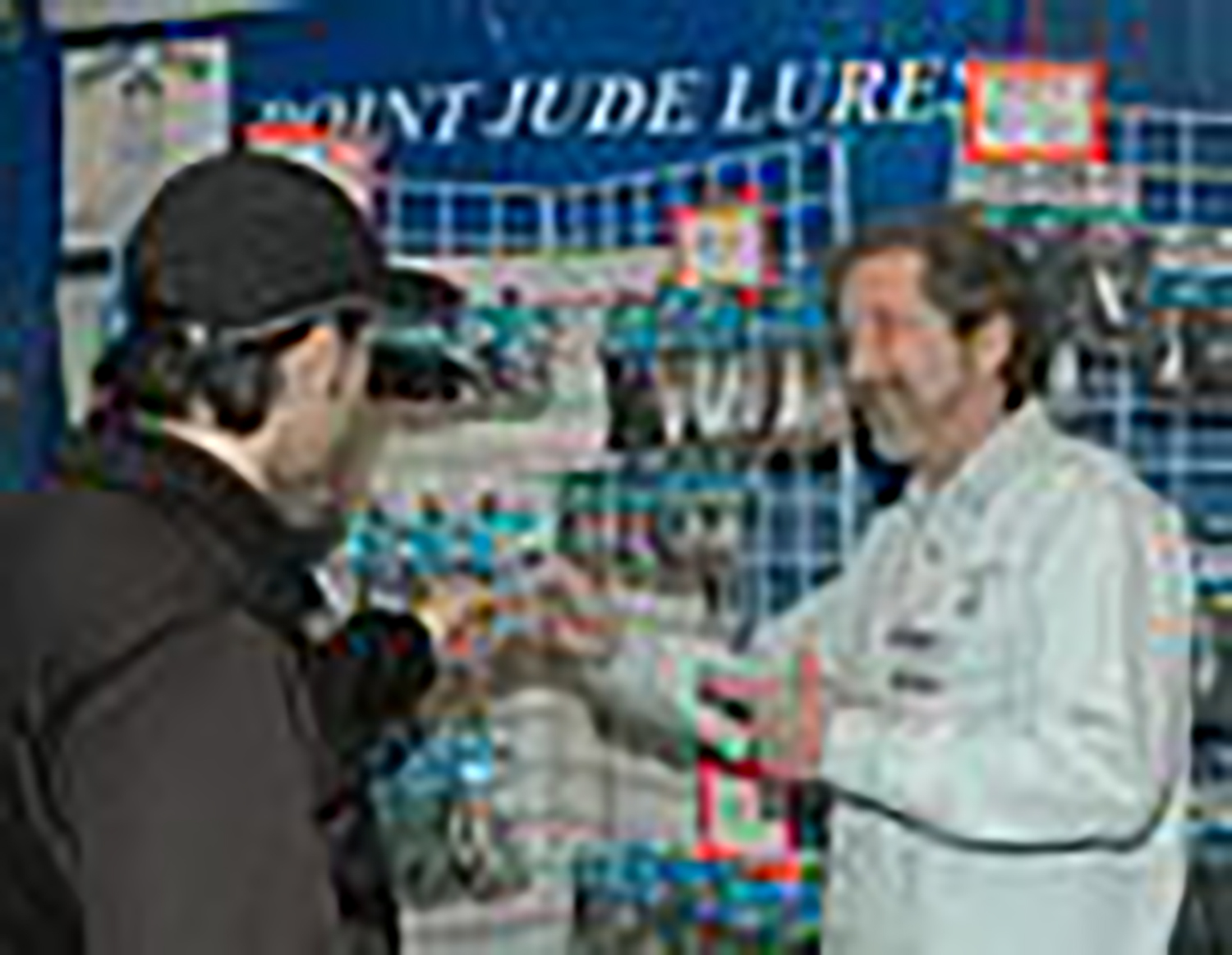 Closest to home is the RI Salt Water Anglers Association’s12th Annual New England Saltwater Fishing Show. This show, the largest of its kind in the Northeast, is the most perfect long winter weekend and will get you right back in the groove to go fishing. Not just tackle and the usual pitches, it highlights lots of classic and new gear, clothing, electronics and boats plus more than 60 seminars.

The 2015 show will feature Captain Dave Carraro and mate Sandro Maniaci of the TV show Wicked Tuna. Of course, there is the awesome tradition of the great indoor yard sale that is the Snug Harbor Marine booth, camped out in booths 1133-1135.  Unless you are one of those people who can’t afford to buy cheap, their display alone is worth the price of admission, which is just ten dollars. Fishermen in the know will draw a line right to those booths, realizing that pretty much everything is a bargain and just seeing all that stuff piled up can help you forget about winter.

You can get all types of soft baits in all types of colors with a walk through the Worm Bar at booth 813. When the bluefish come in thick next year with their big toothy mouths supporting ridiculous appetites, you’ll be glad you filled that paper bag. And what’s more fun for the kids than a trip through a worm bar? It just sounds fun.

Kids always are treated well here, with free admission for those under twelve, fun activities like a casting area, a scavenger hunt and lots of smiling RISAA members, who know all about taking kids fishing. For cost-conscious parents, there are plenty of good deals on kid-friendly rods reels and lures happily donated by members as fundraisers. Nothing helps heal the pain of yet another lost fluke rig, a Zebco handed back hopelessly forever tangled or a perfectly fine boat rod, veteran of so many East Ground trips, closed in a mini-van door, like knowing it was bought at the nice price.

The show starts at noon on Friday and runs until 5pm on Sunday. There may be limited opportunities right now for live fish but hanging around the Convention Center with an ice cold ‘Gansett pointing at cool stuff and making a plastic bag heavy with all the things that makes us happy is as good as it gets in the doldrums of winter.