is it a tax or a fee? its it right? would you want to keep paying it?

this piece originally ran in the Narragansett Times back in March.

Fishing today can be frustrating and it’s not what it used to be. There are hundreds of rules and regulations, there are trucks parked where you always parked to sneak into your secret spot that’s certainly not a secret anymore, abundance is lower on many species and there are too many signs telling us what we can or can’t do. Then The Man made us line up and get a license to fish the ocean.

Some feel that being charged for a license to recreationally fish the sea is an abomination of our constitutional rights and sends hard earned dollars to the very general fund to be used for Federal Hill fillets and heating system upgrades in politicians homes. But here’s the deal with that, the license generates two important commodities: data and money.

Data is gathered through the Marine Recreational Information Program (MRIP) which intercepts and interviews fishermen to understand who we are and what we catch or try to catch. Since so much of our lives are tracked recorded and sold to third parties who put up those creepy webpage ads for things we thought about buying, fishing is what we do to get away from all that baloney so that’s not a selling point for me. However, if you sit through a fisheries meeting, looking at graphs, flows, matrix estimations and metric equivalencies, you will quickly understand that what you’re trying to understand or offer comment about is based on numbers and they come from that data. It’s a full circle thing. 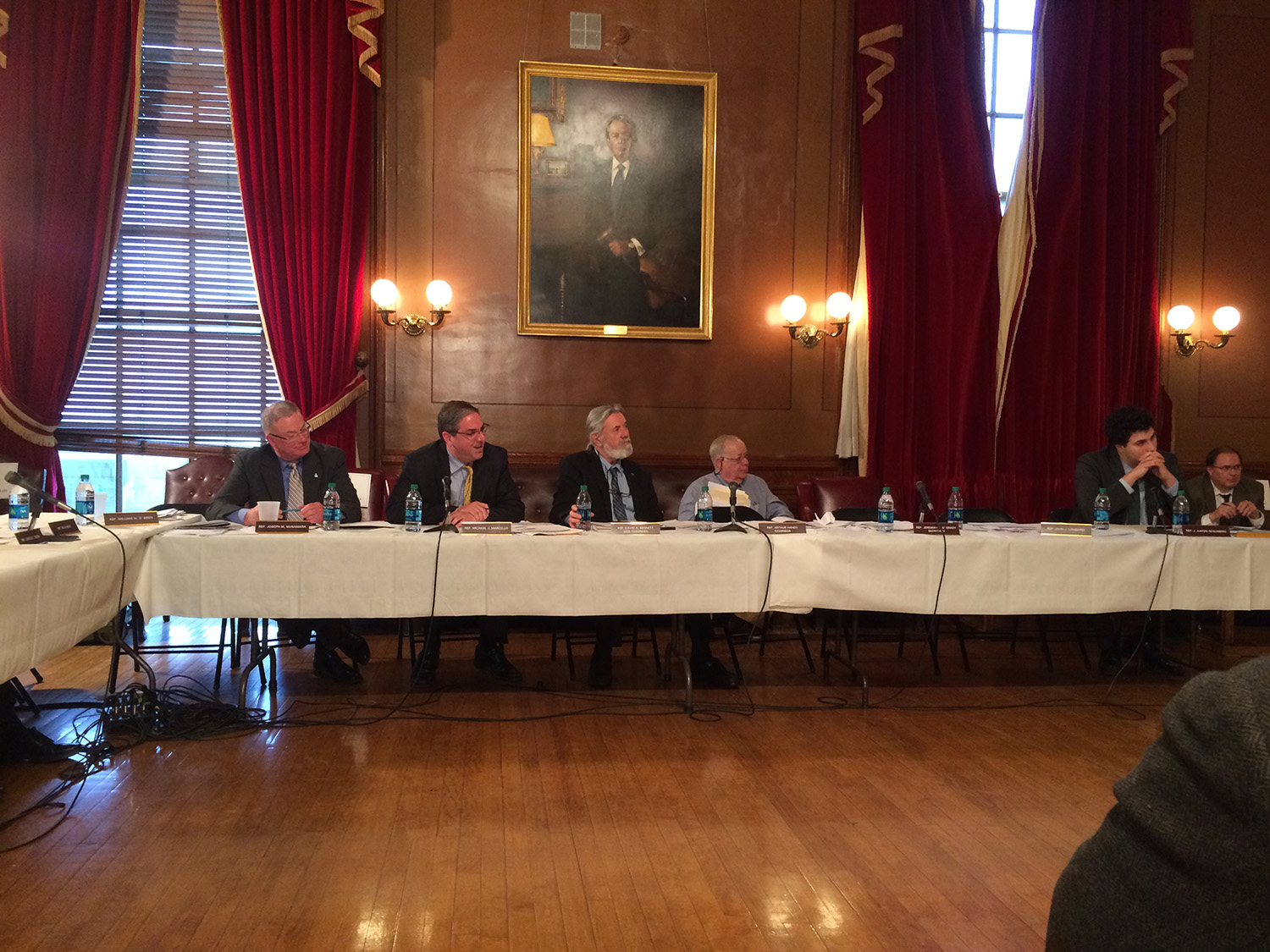 This license also generates money for access support and improvements, marketing material and the like. Thanks to strong fisherman advocacy groups like the RI Saltwater Anglers Association, the monies collected do not go to the general fund but directly to a restricted account, which means no one gets to order fillet with your license fee.  Or is it a tax?

According to Representative Blake Filippi, (D, District 36), it costs approximately three dollars to produce and manage this license but we are charged seven dollars. So is the first three a fee and the second four a tax? Perhaps the discussion should be not what good things are done with our money but why it was collected in the first place.  Rep. Filippi and four others have introduced House Bill H 5352 to eliminate our state salt water license on the conviction that it is unconstitutional. This created an immediate email exchange that in its absence, we fisher folk would then be liable for the federal license, which costs twenty-five dollars, which raises a much larger point. Rep. Filippi also believes the federal license is unconstitutional and is disappointed that our state did not man up to the feds to protect our protected rights and instead of mandating a new fee. Or tax.

Forget about the money for a moment and think about quill pens white washed meeting halls and people who broke their backs, literally, farming and fishing along the shore. Even with our chronic propensity to take all we can gather, our founding fathers knew what they had and wrote to protect it. Article 1, Section 17 of our constitution covers fishery rights, shore privileges and the preservation of natural resources. It states “The people shall continue to enjoy and freely exercise all the rights of fishery, and the privileges of the shore, to which they have been heretofore entitled under the charter and usages of this state, including but not limited to fishing from the shore, the gathering of seaweed, leaving the shore to swim in the sea and passage along the shore”. No mention was made of imposing a tax on said shoreline when we needed some capital for projects we can’t fund because we spent the cash somewhere else.

RIDEM’s 2013 annual report lists that $181,512 was generated by the license fees paid by 41,325 fishermen. Monies were used for water access improvements, like the Galilee boat ramp, funding for an artificial reef and for “personnel and equipment costs” related to finfish surveys and the Marine Recreational Fisheries Program. There are also federal matching funds tied to monies raised here. It’s not that access and restoration projects don’t need funding; it’s that Rep. Filippi absolutely believes in our constitution and knows we have real rights and this is one of them. “The ultimate goal at end of the day is to eliminate the federal and then the state license and the immediate goal is to reduce the fee to the three dollars.”

Does our state government have any right to impose such a charge? Do you carry sections of the Constitution in your back pocket to defend your rights? Is there enough support to fight the fight, even if it means taking on Washington? Whether you think the bill is bad or good, the whole David and Goliath thing used to be very Rhode Island. We were the first to stand up to tyranny taxes and Tories, declaring our independence two months before the rest of the young nation.

For now the hearing for Bill 5352 is postponed, which gives us some time to read the facts and contact the sponsors. RISAA, which opposes this bill, worked hard to ensure this license was properly developed and honest in its use of the bank account. The representatives see a much larger constitutional issue. Given the players, I hope discussions will be open and free as both sides ultimately want to protect us, whether for simple access or for access improvements and there is little chance that will happen over an expensive taxpayer-funded fillet.

Not to forget, freshwater fishing licenses have expired and can be renewed at town halls and Benny’s state wide. For a list of vendors, you can find them on the RIDEM website. That also means that from now until spring’s greatest day, April 11, we cannot fish in trout-stocked waters. 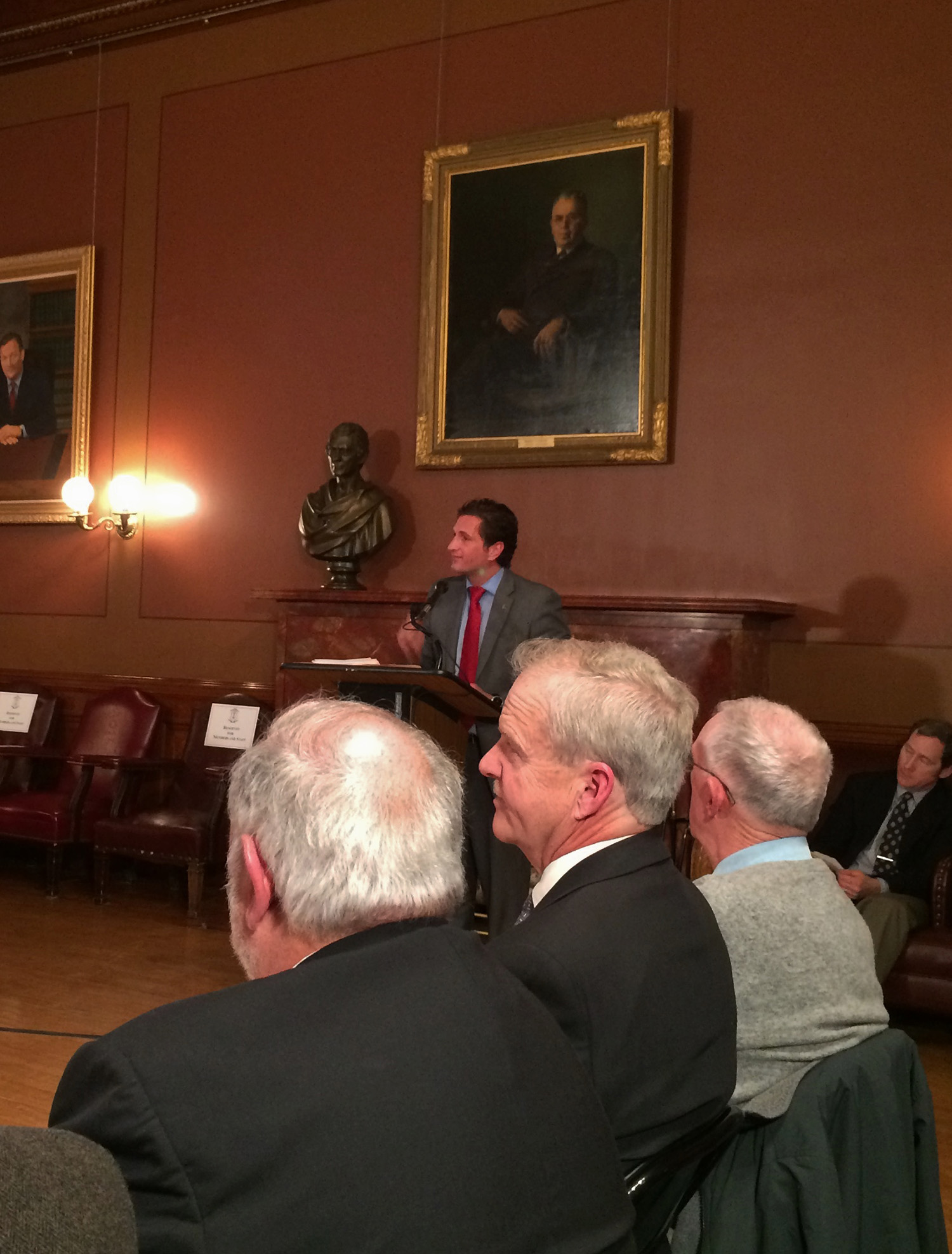 Fishing’s been difficult & the Simpson’s are back

hot on the heels of winter, it’s time to put up fish for sold nights!

Project Healing Waters and Stars and Stripers teamed up for a second year to give veterans a day fishing on Narragansett Bay. Blessed with a perfect Saturday, the non-profit group of passionate volunteers matched a few dozen vets with local captains to find blues,...
Keep Reading

The vices of vises, Jerry Garcia and a punk rock deer

“Blame it on Jerry” was a typical quick response in my younger days, when questioned about some less than ideal decision. Mr. Jerry Garcia was a towering figure to me and since work was not such a priority back then, there was time for fishing or travelling somewhere...
Keep Reading