Recently, a local fisherman was jigging Gulp teasers with green jigs around the Jamestown Verrazano Bridge in fairly shallow waters. Carrying neither a camera nor a working scale, he reportedly landed an approximately fifteen pound, 33 5/8” summer flounder. An old fishery bulletin of the Fish and Wildlife Service has a length to weight table which places this particular catch at between ten and twenty pounds.  This would have been quite close to the current state record, which is seventeen pounds eight ounces and was caught in 1962 in South Kingstown’s Narrow River. So whether or not this is, or was, a record catch is irrelevant now as it was filleted into plastic bags. 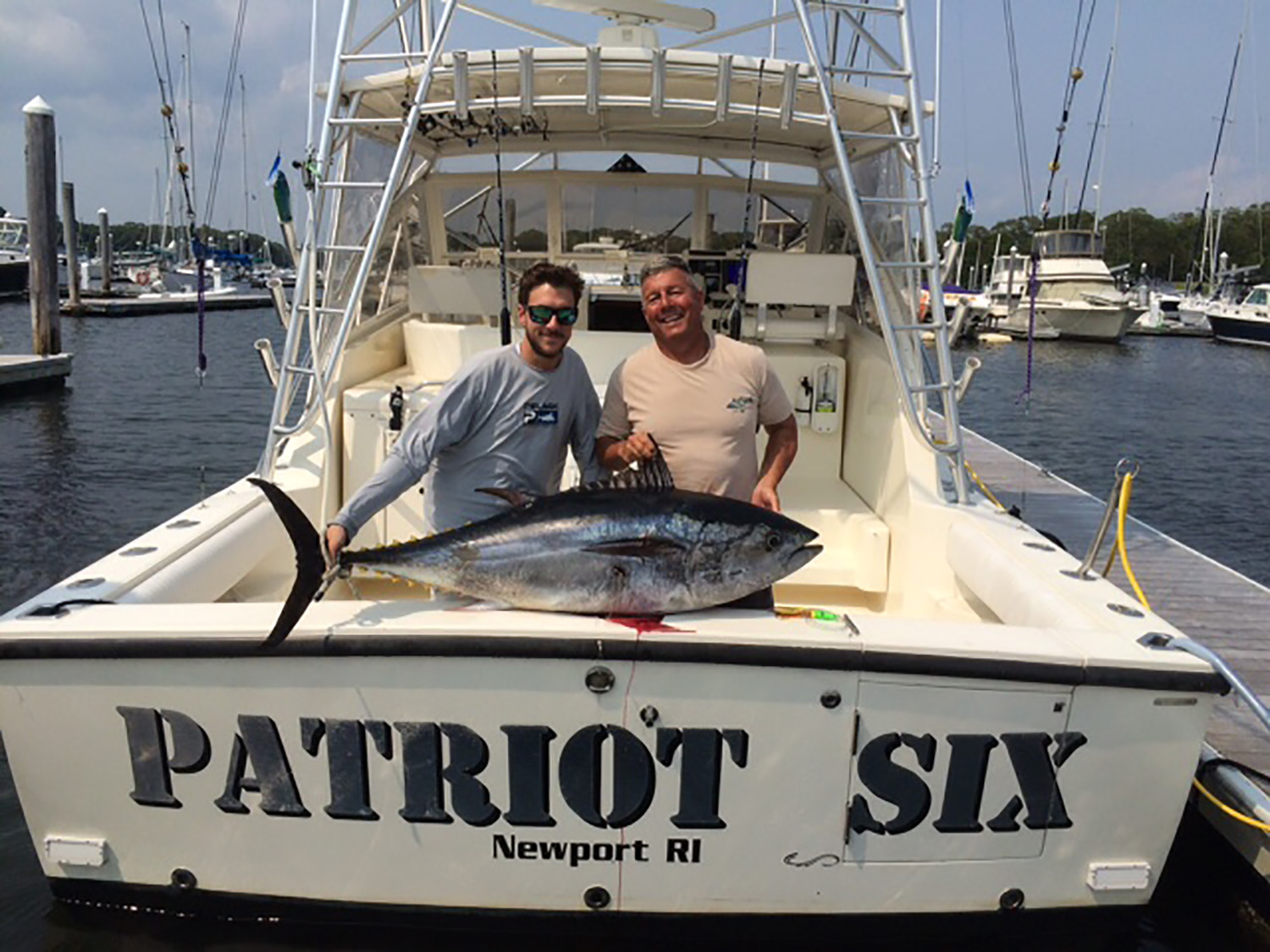 With so much focus just now on preservation of stocks and catch and release, perhaps this specimen should have been tagged instead of ingested. With a geographic range in the western Atlantic of Florida to Nova Scotia and given that fluke are sexually mature at two years old, there was a lot of history in that one fish, history which translates into workable data for the science community who are directly linked to our fishery managers. Currently, many decisions are based on collected data from phone and mail surveys, person to person interviews and on-board observers. These numbers get rung through a lengthy algorithm which hopefully accounts for exaggeration, incomplete answers and plain-faced story stretching. While our government returns to using the postal service to glean information now that less people have land lines, several non-governmental organizations are stepping in to provide real and close to honest data.

If you have ever landed a fish with a yellow plastic tag, it likely came from the American Littoral Society based in, of all places, New Jersey. With a mission to assist science with hands-on data gathering, they will provide you with tags needles instructions and return cards for you to tag your own fish. More than a thousand fishermen tag more than 25,000 fish a year, including more than 17,000 striped bass. Your job, should you decide to accept, would be to apply a tag to any of several species, including striped bass, bluefish, summer or winter flounder, scup and black sea bass. If you are one of the lucky ones to catch a weakfish or cod, you can tag those as well. To get started, you just send a check for forty dollars to association, pay a few dollars for the tagging kit, save the receipts for your accountant, and wait by the mailbox.

In turn, when you catch a tagged fish, they need you to let them know. They are looking to record several key data points, all of which they assure is shared with scientists, most notably the National Marine Fisheries Service over at Woods Hole, which is how our tagging a big fluke trickles down to the folks setting our fluke regulations. There has been some benign debate about how an old fish like that fluke that will taste, but there is no debate that it had been tagged years ago, it would have given us lots of information before it hit the cast iron pan. They can be reached at http://www.littoralsociety.org.

Todd Corayer is off on an adventure in the Great State of Maine and has left the local fishing reports to the wife this week. Walking to and from the clothesline and having a glass on the deck is the extent of the wife’s outdoors-y-ness. Thank you in advance for your patience.

Folks are still pulling keeper bass from shallow waters around Jamestown. The dredging continues at Charlestown Breachway (much to the chagrin of at least one local fisherman) but the excellent potential for yet more bass makes it worth the aggravation.

Sol at Twin Maples on Block Island reported that the blue fish are thinning out but the striped bass are settling in. People casting needlefish from the beach on the West Side are being rewarded nightly. Southwest beaches are best for bass and squid have been spotted “in numbers” in the Great Salt Pond. There is a lot of activity in The Coast Guard Channel with stories of landing 50 fluke within a couple of hours from the beach there.

Sol recommends 2inch sluggos for fluke in the Channel. The sisters McAloon recommend a blackberry boco loco for people- on the deck. Happy Fawth!

The Rhode Island Department of Environmental Management has announced a Free Fishing Weekend for Saturday, May 6 – Sunday, May 7.  Anglers are invited to fish without a fishing license or trout conservation stamp in the state's freshwater streams, rivers, ponds and...
Keep Reading

This Saturday looks to be a very busy fishing day. A thousand or so fishermen, boaters, kayakers and lots of good people will pour into our coastal waters for the Green Hill "Fluke Till Ya Puke" Fishing Tournament. Headquartered at Point View Marina in South...
Keep Reading

is it a tax or a fee? its it right? would you want to keep paying it?

this piece originally ran in the Narragansett Times back in March. Fishing today can be frustrating and it’s not what it used to be. There are hundreds of rules and regulations, there are trucks parked where you always parked to sneak into your secret spot that’s...
Keep Reading

The ritual of a new year's warm water baptism

It’s a cold weather, warm water baptism. Cleaning rods and reels, replacing hooks and snaps, swivels and rings is a ritual indeed but there’s more to it than trebles and pliers. Cleaning takes time, something some have more of when it’s cold. It takes patience to dig...
Keep Reading