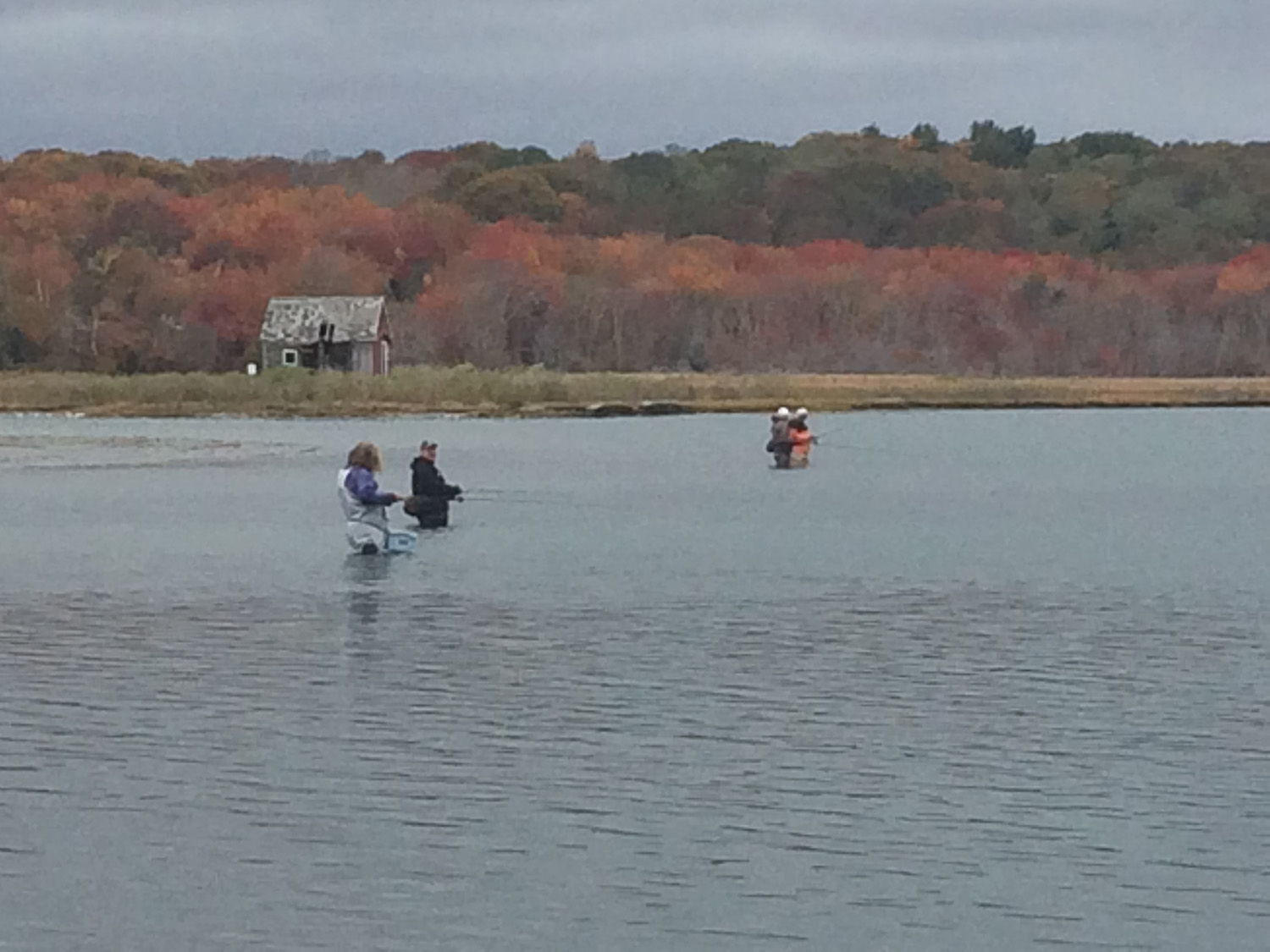 It’s the wee hours of the new year, fishing’s slow, snow’s coming and largely it’s only the head boats out south of the beach. There are, however, a few news items of interest. The cement work is finished on the out-migration side of the Post Road fish ladder in Wakefield. This last piece of construction will allow a safer route for newly spawned forage fishes, like shad, alewives and bluebacks, to pass through that dam wall, using flowing waters to make their way back to the sea. If all goes well and they are not caught as bycatch by commercial trawlers, they should return to the rivers of their birth in 2-3 years. With their return will come birds of prey like the osprey and eagles. Speaking of, a few of those magnificent bald eagles have been spotted perched along the banks of The Narrow River from the Middlebridge area up to the narrows before Pettaquamscutt Pond. A few have also been spotted just north of Wakefield proper, circling above a pond known for bass and the occasional stocked trout.

NOAA announced this week they have hired seven new enforcement officers to patrol fishing port docks, with a “focus on compliance assistance and education”. All seven are men and none will be stationed in Pt. Judith, the country’s 25th ranked port in terms of landed value. 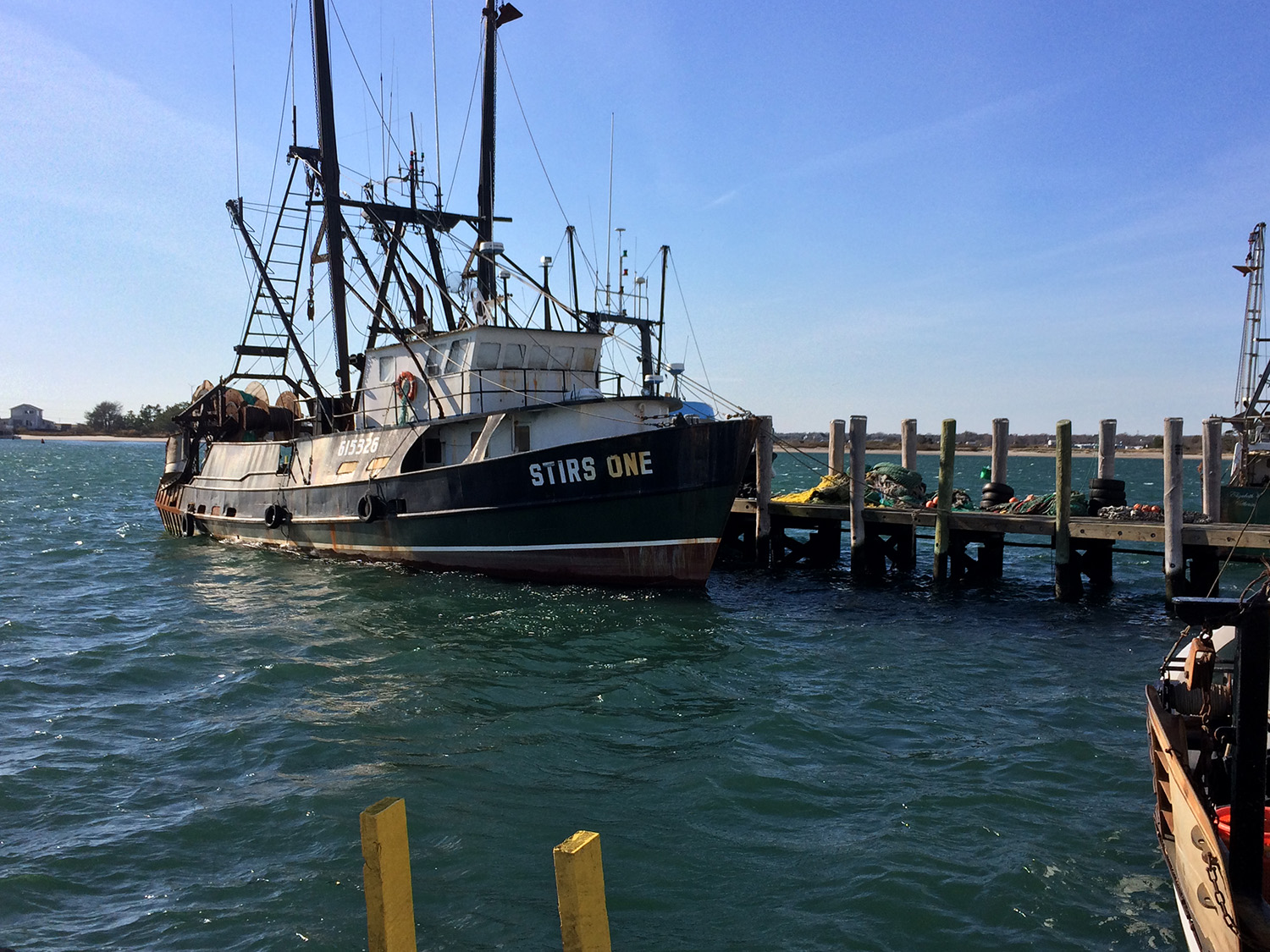 With little else to target on the ocean, save for the occasional calm day paddleboard adventure, Galilee head boats have been doing pretty well catching cod. Frank Blount of the Frances Fleet mentioned a recent trip where all customers caught their limit and had to head back a few hours early. Jigging and baited hooks were working, depending on the drift and bottom. Mixed in with the cod were some mackerel, red hake, squid, ocean perch and even a few whiting. Currently the daily catch limit is ten fish per day with a minimum size of twenty-two inches. While it’s great to post a report of a few “gaffers” coming over the rails, it’s still tough to read that the average sizes are so small and that pool winning fish are twenty pounds at most.

Cod has taken a hit in recent years that may sadly be irreversible. The pride of the Atlantic has been overfished for so long in so much of its range that some scientists put the biomass numbers below a point where they can even support their own population. And that’s without the pressures of fishing, predation and the hazards of a wild environment. 2012 commercial landing numbers from the National Marine Fisheries Service have Pacific cod at 325,738 metric tons and Atlantic at 4,766. Yikes. 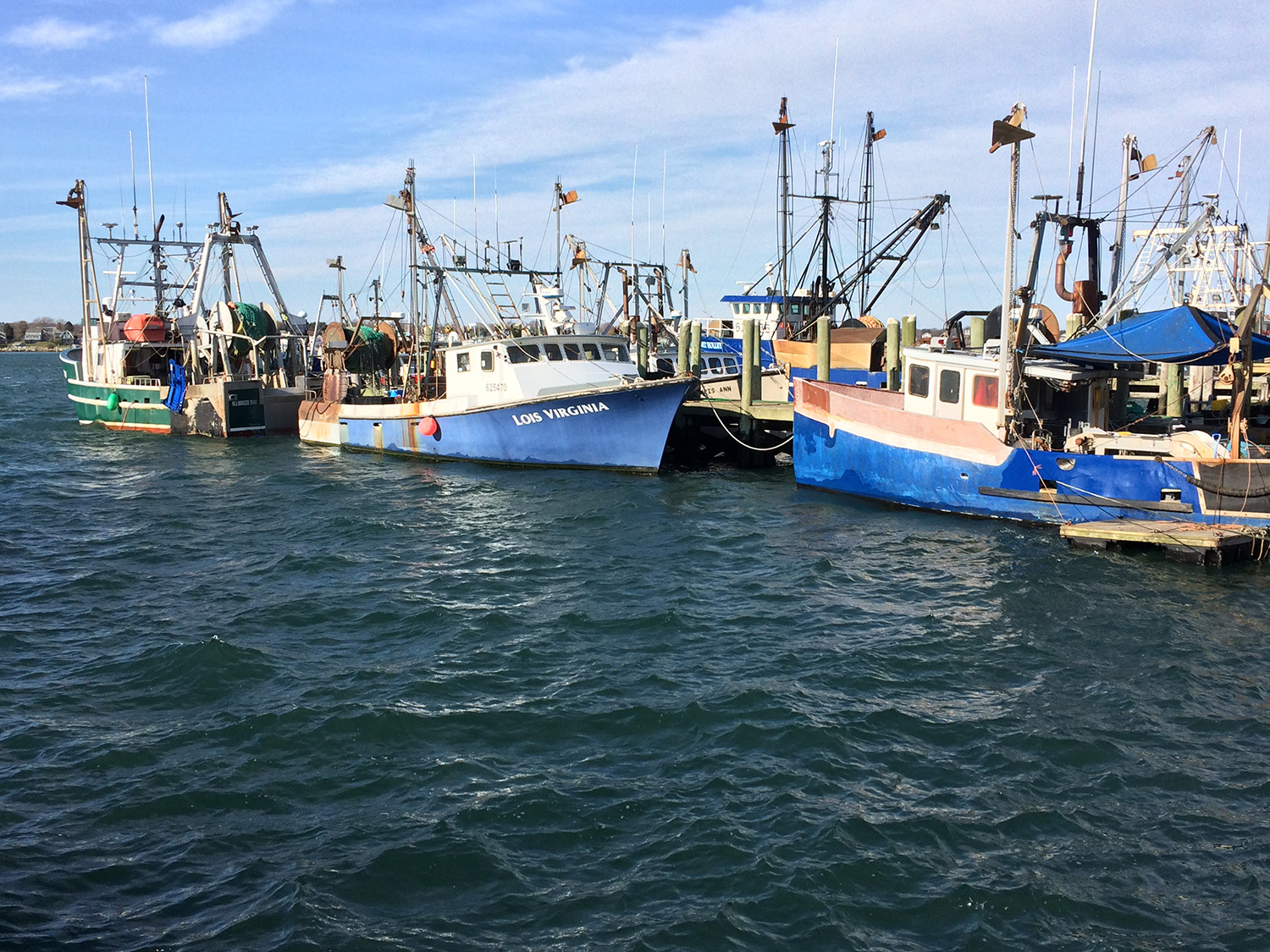 NOAA also has released its 2016 regulations for commercial and recreational flounder, scup and black sea bass. There are a confusing amount of ABC’s and ACL’s in the verbiage of federal regulations but thankfully, there are graphs and pictures to help some of us along. You can read all about it at https://federalregister.gov/a/2015-32562.

On February 12, 13 and 14, the Northeast Fishing & Hunting Show fills the Connecticut Convention Center in Hartford. This time of year there are several hunting/fishing/outdoors-ey type shows to scratch the itch of winter doldrums. You can see the Connecticut State Record Blackfish, find out how out of shape your arm is at the casting pool and shop all afternoon. Sadly, there is no mention of The Worm Bar at this show either.

Closer to home is the local favorite, 3rd Annual Used Tackle Sale & Surf Day, brought to you by the Narragansett Surfcasters from 9:30 am to 2:00 pm on Saturday, February 13 at the Narragansett Community Center. A three dollar donation, which goes to support the Center, gets you access to a local spin on all things for fishing the sea. There will be rod builders, authors-one can never tire of speaking to writers, I’m sure-, plug builders, guys to help repair or rebuild your reels, an underwater photography producer, a table to teach fly and bucktail tying, even an antique plug display. Of course there will be plenty of used tackle to purchase and some food treats to boot.

One of the real fun aspects of events like this is not just the networking of who caught what and where but also the availability of tips on how to build things on your own. Who doesn’t want a table in their garage man cave or basement to build your own plugs, tie up some red and white patterned bucktails or maybe even venture into building rods. Howard Reed, the brains behind Narrow River Rods, has all the parts and pieces to create your own custom rod for any type situation, will be at the show to help out. The Surfcasters are a great group with a real dedication to fishing 24/7. Most evenings they can be seen filling the parking lot over at Monahan’s, preparing, chatting, gearing up for another night on the rocks or patrolling the beaches. Given how dreary it can be in February, a few hours and dollars with the Surfcasters will be well spent, and that’s good news. For more information on the group, check them out at www.narragansettsurfcasters.com/Club.