the bears den, scahbro beach & camaros. i swear this is still a fishing column

Well, we finally got ourselves some winter and hopefully our next installment will include reports of good people catching fish through the ice. Patience now, no one likes being on thin ice; too much can go wrong. Meanwhile, with our people population swelling and the ocean’s decreasing, fisheries managers are constantly searching for ways to assess individual stock’s size and health, control fishing then, theoretically, help to rebuild them so it can be tricky to navigate the ABC’s of boards, panel and commissions. The Pew Charitable Trust has produced a series of videos with cartoonist Jim Toomey to help us understand much of all that. While they are a bit simplistic, that may be the goal; to reduce the confusion and build basic awareness. The bit on ecosystem-based fisheries management is a keeper, pun intended. There are ten short video’s well worth the time, you can find them at http://www.pewtrusts.org/en/research-and-analysis/collections/2016/01/cartoon-crash-course-a-visual-glossary-of-ocean-terminology.

It may be a little early to talk about fishing contests but there’s one on the radar that while already tight, is offering a waiting list. The 2016 Cheeky Schoolie Tournament opened up registration on January 25 as a catch and release, wade only fly fishing tournament and a hundred teams signed on almost immediately. It’s a two man team event on Saturday, May 21st on Cape Cod. Cheeky Fishing designs and builds its own line of fly and spin reels. Based in neighboring Arlington, Massachusetts, they offer interesting colors and in their words, “cutting-edge technology, innovative design and bold anodizing” to gain and keep some space on crowded tackle store shelves. They have some heady sponsors, a decent awards spread and even go so far as to pair you with a partner if you are the solo fishing type. It costs a hundred dollars a team and looks like a blast. Fly fishing is a big deal around here, especially in many of our fine rivers, salt ponds or places with worm hatches. Did you know that last year, one out of three new fly fishers was a female? Who knew?

Speaking of our northern neighbor, The Bear’s Den Fly Fishing Company is having its annual Fly Fishing Expo at their shop in Taunton on February 20. All the big names will be there promoting products, including some from RI, in addition to the featured speaker, Andy Mills. Andy has skied and fished all around and has just written a book, “A Passion for Tarpon”. The Bear’s Den is a complete shop and the show is very popular; you have to park on the outskirts then take a free shuttle to the front door. There are lots of giveaways, deals and cool things to point at, all of which will help get us back in the warm water mode. Plus, if you can hang, the Costa Fly Fishing Film Tour makes a stop there that night. The film is amazing, is playing all over the country and is a real year-long trip looking at catching fish on the fly. 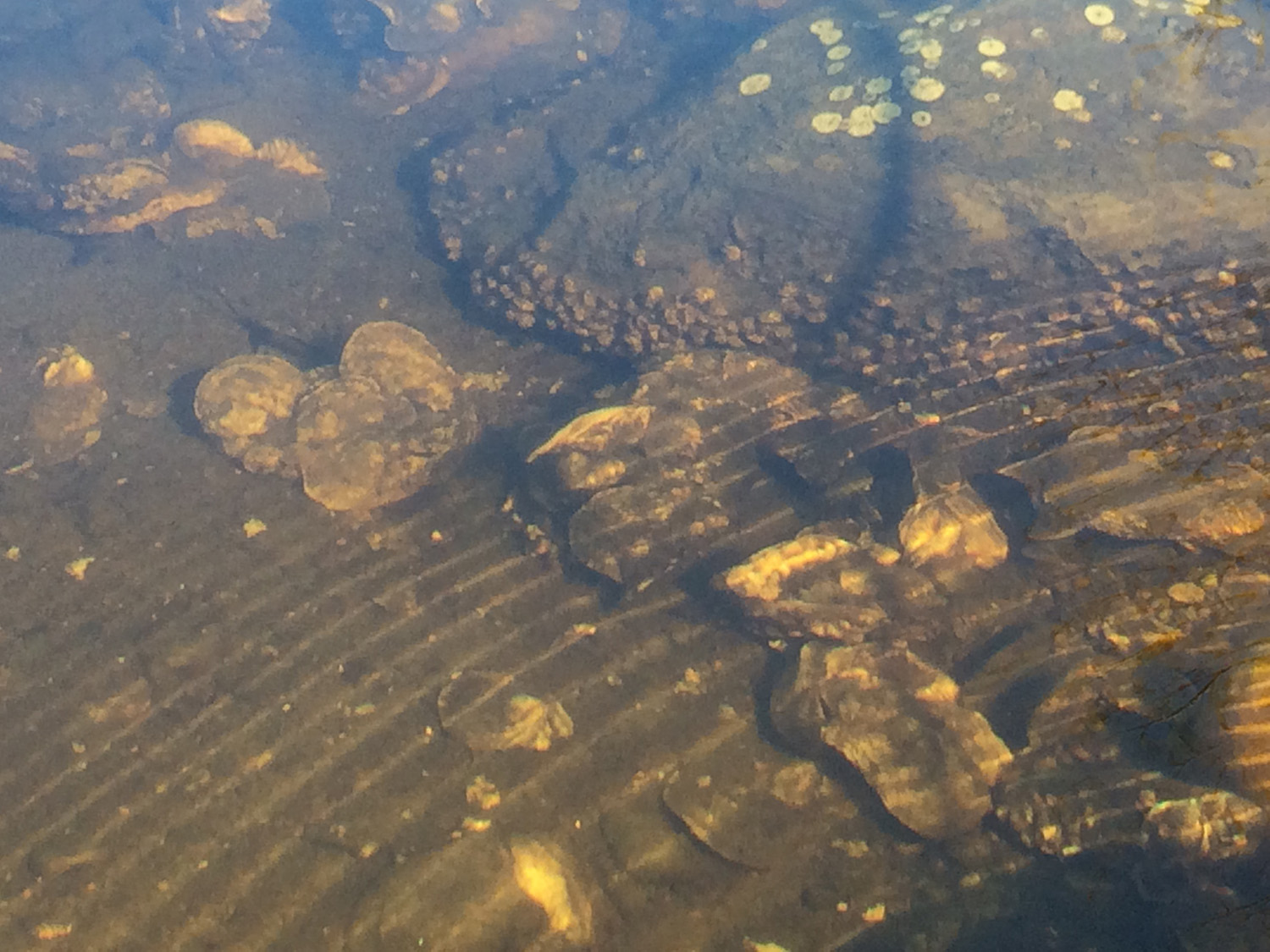 Second reminder: The Narragansett Surfcasters are holding their “Surf Day – New and Used Tackle Sale” this Saturday, February from 9:30a. – 2:30pm at the Narragansett Community Center, 53 Mumford Rd. If you feel an itch to spend some money on tackle for the almost here season, this is the place and the right group to support. After they buy a few pizzas and clam cakes for their meetings, they go a long way to support local charities. RIDEM will hold a formal hearing on proposed regulations for recreational fishing as they relate to several local species. These include summer flounder, tautog, stripers, scup and black sea bass. If you felt short-changed last year with sea bass regs or feel stocks are inadequately counted, this is your chance to speak out. The hearing will be in the Hazard Room at URI’s Coastal Institute Building at the Bay Campus in Narragansett starting at 6pm. Oh yeah, 57 days ‘til trout season opens, how about that.

ugh, how long ’til spring? the canoes are hating it

National Grid just held a follow up information session at URI’s Bay Campus to keep fishermen up to date on their bringing power here from the Block Island Wind Farm. They are rolling now and have started the drilling process at RIDEM’s parking lot at Scahbro Beach. They must drill straight down forty feet then turn the drill head east towards the bathing beach and wastewater outflow pipe. Engineers discussed the difficulties of drilling through so many Bud Light bottles, lost gold chains, empty hair gel containers, back issues of Cosmo and the occasional pieces of ledge. Once through, the cable will head east and be buried 4-6’ below the surface. As for tearing up the lot, National Grid has pledged to “make improvements to public facilities” which, back in the day might have meant more Camaro parking but now will just help protect a few thousand square feet of oily pavement where there used to be trees and small animal habitat.

Fishermen, like the perpetually crossed-armed Jerry Carvalho, who assumed his usual position as serial questioner, trying to drill into their spokesman to find any possible hangs, were apprised of schedules, locations and details of barge and rig placement. Equipment lighting and installation of some necessary concrete matting where this new cable must cross over existing ones were of concern to the few attendees, as were updated “Notice to Mariners”. The cable is coming and once it makes landfall, will require road excavation for four and a half miles from Burnside Avenue right to downtown Wakefield. Right through the intersection at RT. 108 and Old Tower Hill Road. Right through the one we just paid to have re engineered, reconstructed and repaved. During the summer. What could possibly go wrong?