A circle on the calendar is one thing but when Benny’s Super Stores finally get the new fishing and hunting licenses from RIDEM, then we really know Spring’s Greatest Day is almost here. There always seems to be a lag between when our licenses expire, on the last day of February until when we can get the new ones and while their website allows you to go through the motions and print your own, that does not give you the classic fold-em-up license with the place for your trout and duck stamps.

Just a few weeks to go until ponds and rivers throughout the state are stocked with rainbows, browns and brook trout and bait shops are stocked with Mepps, Al’s Goldfish and Power Bait. Hopefully that young Cole Hosey will be there, the bright-eyed young fisherman who landed a beauty of a rainbow last year at Barber Pond. Cole exemplifies the wonderful experience of fishing, being outdoors, fishing with your Dad, even just getting off the couch to get some vitamin D.

Seems we have a local South County hero among us. 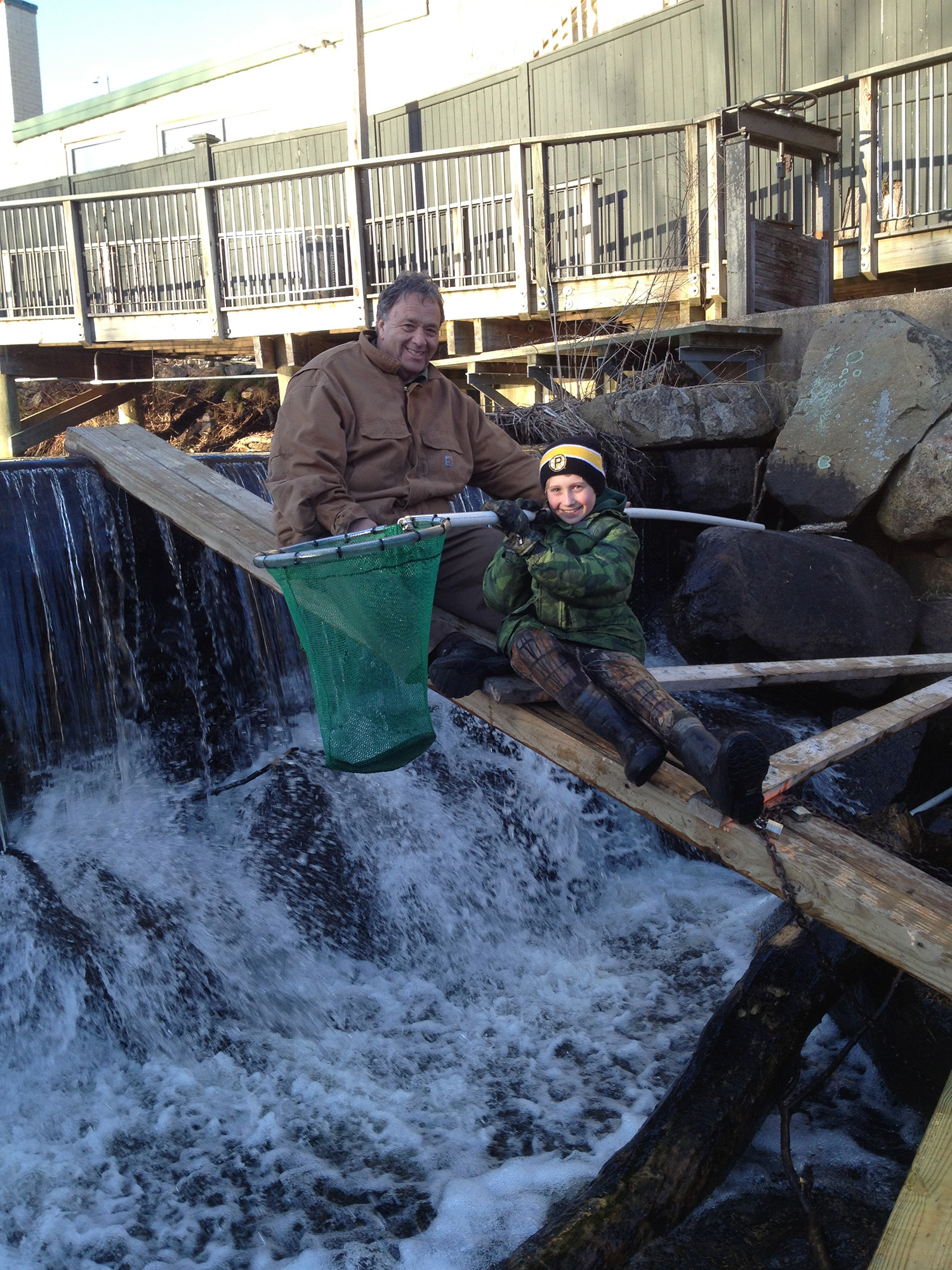 Down at the Post Road dam and newly installed fishway, our own Bill McWha has been catching all kinds of press and praise for his years of work to help river herring survive man’s many impediments. Bill is the guy responsible for the rickety ramps and walkways propped against the dam prior to reconstruction of the fishway, used to brace himself as he helped get migrating river herring over the wall. For several years, the ladder’s typical water flow was too aggressive for many fish so Bill took on the powers that be, gaining permission to handle the fish with long nets. This was no small accomplishment, since the Town of South Kingstown owns the dam but the DEM controls the ladder but NOAA takes ownership of the fish, so you can see where getting someone to write a note could take way too much time.

Bill has an interesting demeanor with an ability to speak his mind at any given time coupled with a focus on saving fish that truly were swimming under our roads and dying right before our eyes. He has organized a small legion of volunteers to move river herring around and over dams, failed fish ladders, downed trees, jams of garbage and even safely through a curvaceous backyard stream where fish mysteriously disappeared on their way to spawning grounds. He knew how many buckies had entered the shallow stream and how many made it to the small ladder further upstream and the math told him something was wrong, because that’s the kind of dedication Bill brings to the Saugatucket River. 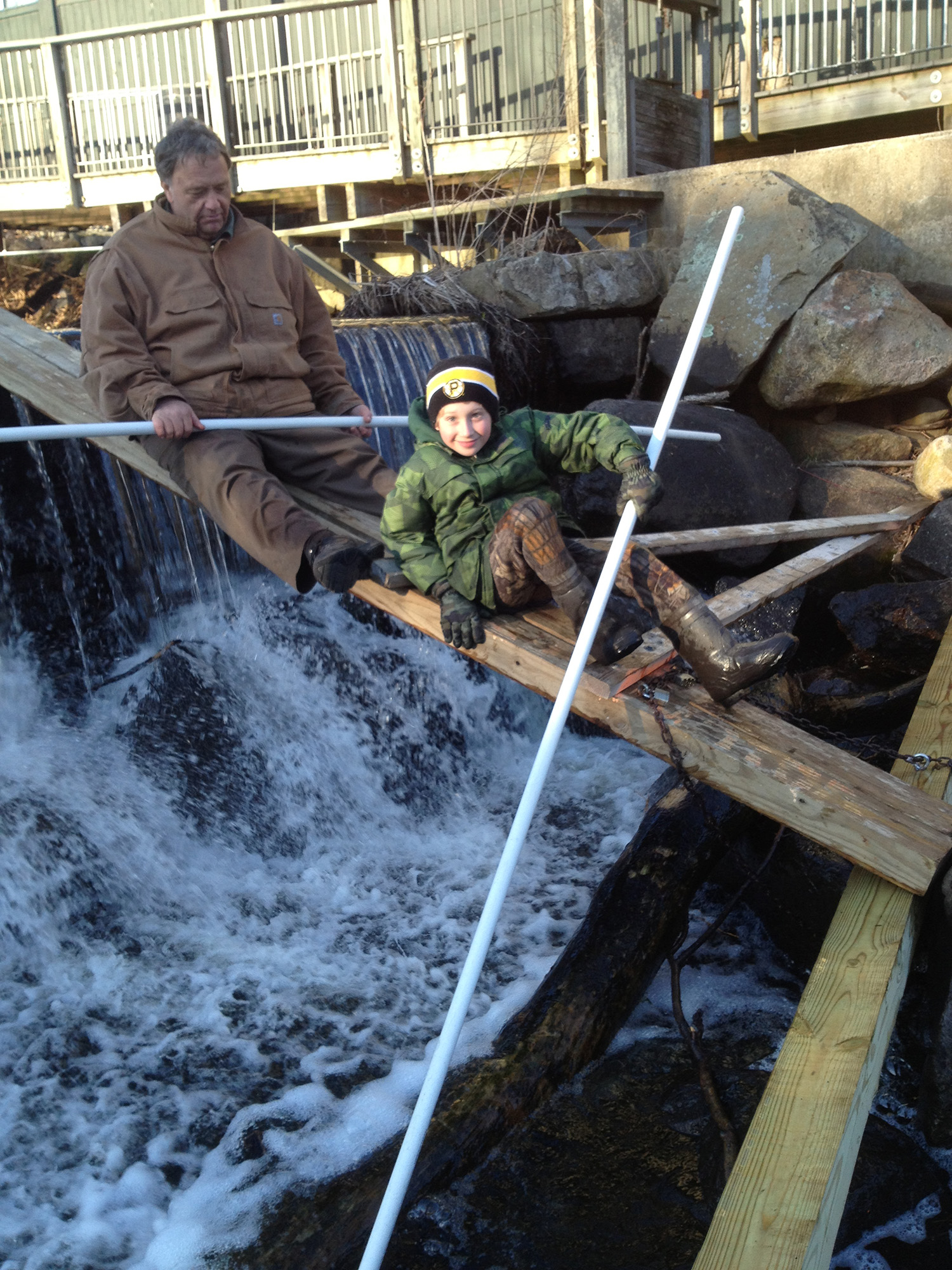 The quick background here is that river herring are alewives and bluebacks, anadromous fishes in the same family as shad who are found from Florida to Nova Scotia. Native Americans called them munnawhatteaug, meaning they were important as “that which enriches the land” and siqonomek or “spring fish”. Colonial settlers learned from the natives to use them as fertilizer for corn, in addition to lobsters and uneaten portions of cod. Man, those were the days. Buckies are vital to many species of animals who rely on their 18 grams of protein and 9 grams of fat for every 100 grams of body weight, while survival of many young requires the herring’s long chain Omega-3 fatty acids and natural vitamin D.

So perched over slippery rocks or next to the deep pool at the Palisades Mill, the self-appointed shepard for willing volunteers and a few good unknowing folks pulled off the street from their Sunday walk, Bill has herded many into this place or that to best corral, net, pass and place tens of thousands of buckies further up the stream. Ironically, having saved a few cycles of reproduction with all their hard work and now with a better functioning ladder system, all those volunteers may have helped themselves right out of a job.  A tip of the camo hat to truck driver and riverkeeper Bill McWha for his years of concern and persistence.

If you want to improve an important part of your hunting skills, RIDEM’s Scott Travers is hosting a Ground Blind Construction Workshop on April 10. Scott will cover how to select the best location, the different types of blinds for different types of hunting, materials, and necessary tools. You are encouraged to bring your own food and drink for the course and wear the right clothing, like gloves and eye protection. The workshop runs from 8am-12pm and will be held at Fish & Wildlife’s Education Office, located at 1-B Camp E-Hun-Tee Place in Exeter. The course is free but you do need to pre-register, which you can do by emailing him at scott.travers@dem.ri.gov or call him at 401.539.0016. 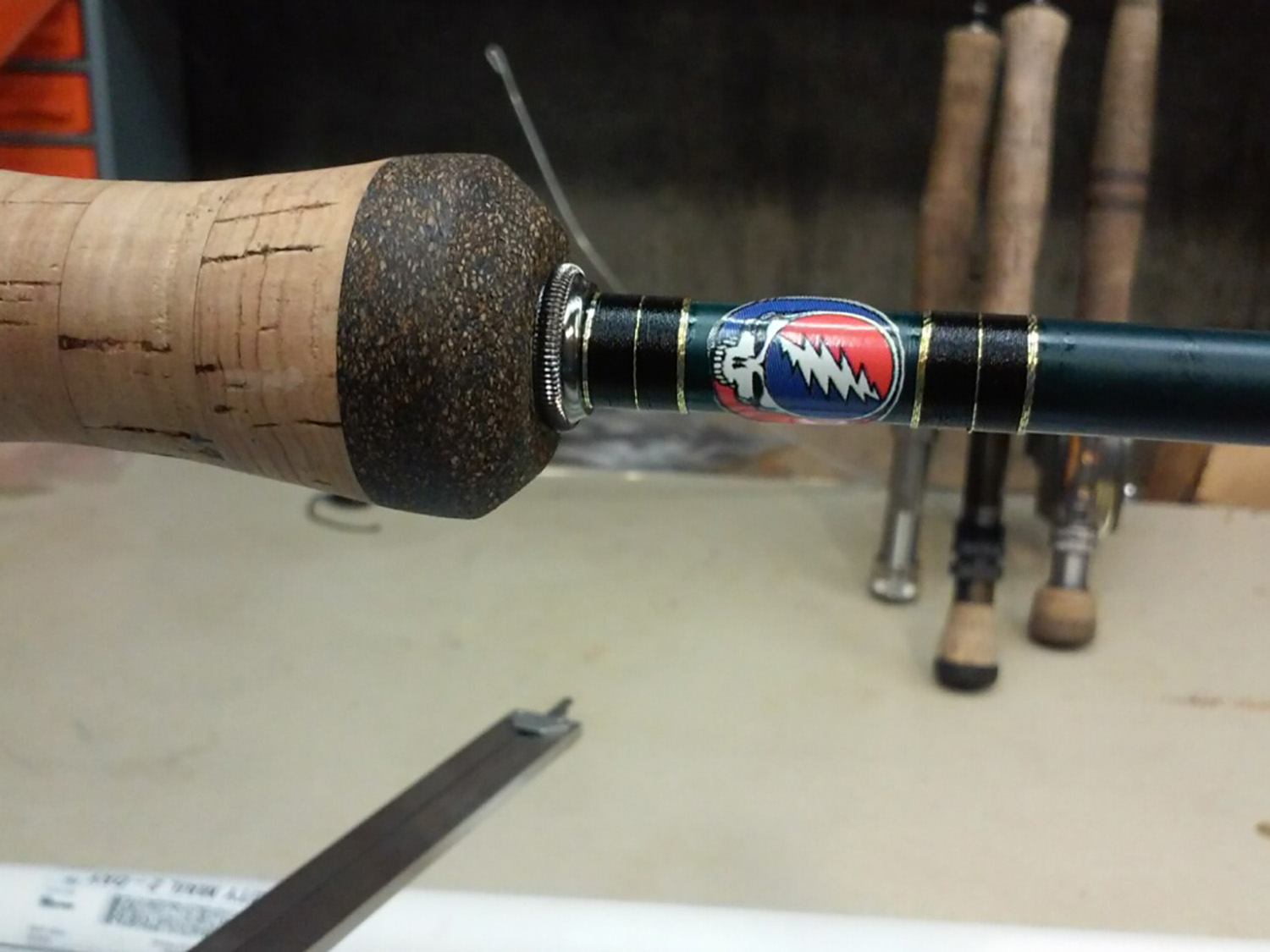 Steve Babcock has been busy aligning guides and finding the spines, setting the hook keeper and fine tuning the handle, again. Steve’s eye is sharp and no detail is unimportant or goes unperfected. A few personal touches will go on just above the corks, then it’s ready for cork seal, color lock and then the finish coats. On the heels of a late season snowstorm which slowed the flood of buckies and likely drove over-wintering stripers back to the deeper waters, this rod is so close to being ready for spring, just like the rest of us.

Ryan Dubay is once again hosting his Yak Patrol Kayak Clash in Fairhaven, Mass. to benefit the Jimmy Fund. Kayak fishing's popularity has exploded in recent years so naturally, tournaments have been created in the spirit of competition, comradery and prizes. This is...
Keep Reading

Last week’s RI Kayak Bassin’ tourney stop at South Kingstown’s Indian Lake was a fantastic opportunity to go fishing with some of the best people on the water and realize how fishing is important to all ages. Fourteen kayak fishermen hit the water at 7:00 am ready to...
Keep Reading

If there’s water involved, Bill McCusker is willing to get wet. He’s a tireless volunteer and advocate, a guy who collects water samples for URI’s Watershed Watch, has happily volunteered countless hours to the Wood Pawcatuck Watershed Association, dragged hoses and...
Keep Reading