A few weeks ago, RIDEM placed 2,000 brook trout into four regularly stocked ponds: Barber, Silver Spring, Meadowbrook and Wyoming. Depending on who you ask, stocking hatchery fish is contentious, necessary, a nuisance to local wild fish populations, tax funded fishermen assistance or a wicked good reason to huddle over a frozen February pond. At least in this case the home schooled fish are brookies but Nature is not on their side when it comes to surviving a winter foraging for pellets dropped from on high.

For now, standing on the ice with an inevitably cold beverage is our focus. Last week, just a skin of ice on Worden Pond was enough to call out the curious. Within hours, her rough grey surface was littered with rocks of all sizes, vaulted from the hard gravel parking lot by fishermen ready to set up tip ups and sit their snowsuits down on hard plastic buckets. Good swampers have already converted their pickle buckets from dock seats full of squid jigs to pond seats full of tiny rods and freaked out minnows. 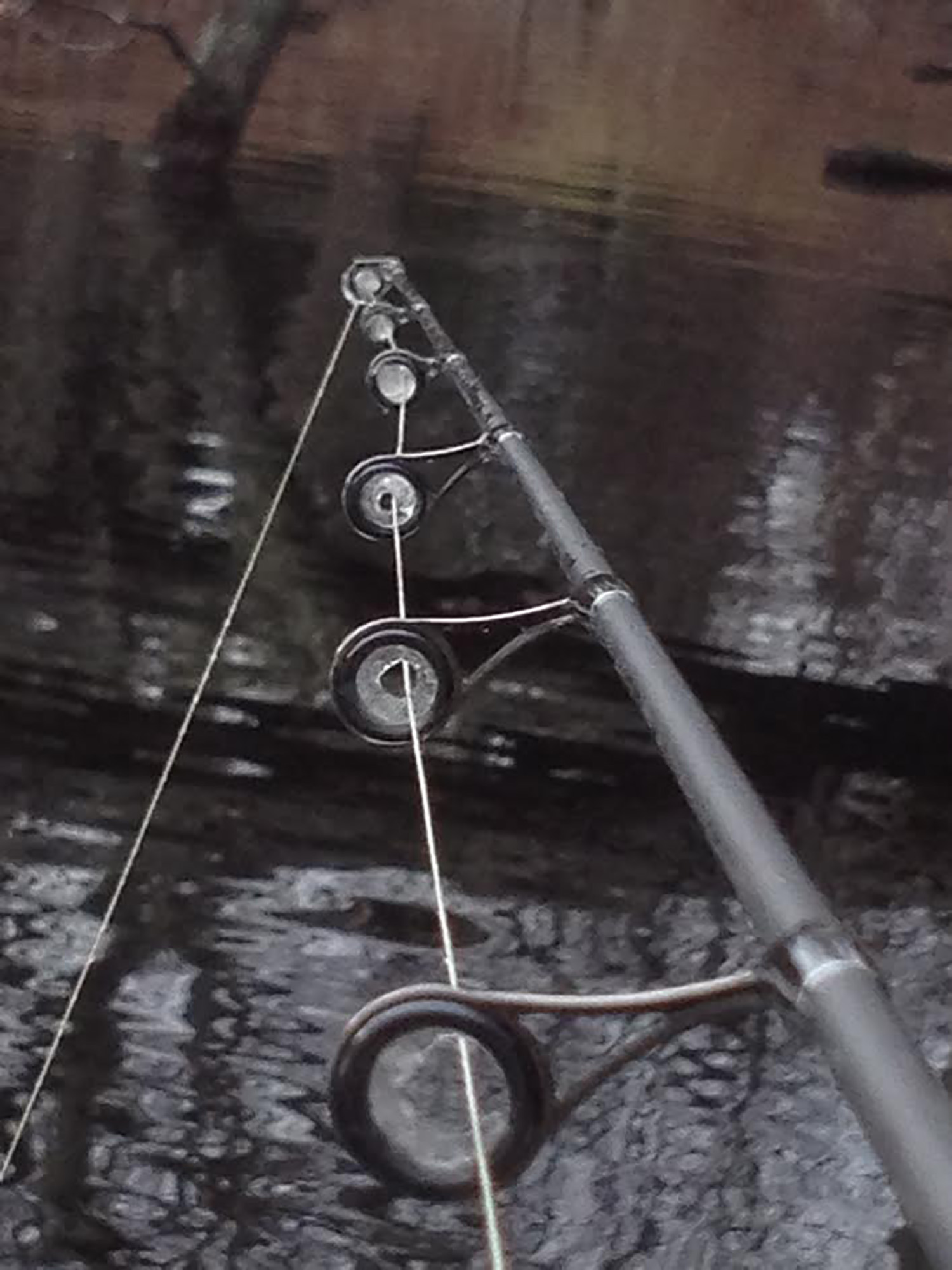 When it comes to stocking and fishing, the great state of Maine welcomes and encourages sportsmen from hometowns and out of state addresses because they recognize the financial opportunity we bring to businesses like bait and tackle stores, gas stations, restaurants and the occasional beer store. The Department of Inland Fisheries and Wildlife makes finding fish easy with regularly updated listings of stockings which list all necessary information. Very easily fishermen can read, for example, that on October 26, 25 18” brookies were stocked into Crystal Pond in Turner or that on November 15, they stocked 20, 18” brook trout into Round Pond in Livermore. That kind of valuable intel is available 24/7.

Check out http://www.maine.gov/ifw/fishing/reports/stocking/stocking.htm and see what a real stocking report looks like.

We don’t enjoy those kinds of specifics here but if someone wanted to catch a trout this weekend, one of those RI four ponds would be a fine place to start. Is it wrong to divulge information like counts, sizes and dates? Doesn’t that just increase crowding? Isn’t providing that kind of detail considered spot burning?

Last week a reader was angered that we offered some late season salt pond tips to find holdover stripers. Fishermen love to keep secret spots just that and with good reason but we gave up no details or specifics which would have resulted in ten guys standing on the same rock or a kayak flotilla jigging the same hole. Reminding fishermen that, as hard weather limits our outside opportunities, there remains some decent, accessible spots to maybe find a few schoolies is not spot burning, it’s sharing some already common knowledge. How many of our secret rocks or pools are really secrets in this high speed, data rich, connected world?

or that Beavertail is a great place to long cast for stripers through the summer? What about jigging for sea bass near the Jamestown or Newport Bridge?

Thinking no one else knows that fish gather around bridges and their eddies or that blues love to chase bait into seawall corners at sunrise is not reality. Writing that a tiny fraction of a migratory population might decide to stay for the winter in one of our deeper tidal ponds exposes nothing, save for an opportunity for someone hardy to paddle a boat on a just right winter day.

Guys have been fishing salt ponds for fun and profit for generations.

Fishermen migrate from ponds to open ocean to ponds just like fish; there’s nothing new there. What’s new is real time information for sportsman, often provided by a state, in the interest of encouraging people to use our resources. Enough said.

We know you can’t have winter until the ponds are full and with our last bouts of snow and rain, we should be there. For fishermen waiting for ice, the Farmer’s Almanac has predicted that, “Winter temperatures will be above normal, on average, with the coldest periods in late December, early-to-mid and mid-to-late January, and early and mid-February.” That should really help you prepare.

Venerable ice fishing gear manufacturer Frabill has redesigned the classic white five gallon plastic bucket into a yellow six gallon plastic bucket. With a retail price of about $110.00, their version has insulated walls, built-in tiny bubble aerator to keep shiners happy, a water-tight lid and a 12 volt power option for tapping into your truck. That’s way better than storing them in the tub like a “friend” used to do. Six inches is considered the minimum thickness to support the gear and shenanigans typically associated with ice fishing and the state does not monitor ice such measurements with the exception of Lincoln Woods State Park, Goddard Memorial State Park in Warwick and Cranston’s Meshanticut State Park.

At our newest state park, RIDEM will host a New Year’s Day hike through Rocky Point State Park from 12-2pm.

This will be an excellent chance to enjoy a guided tour but also a brilliant opportunity to scope out potential spring fishing spots. That reach of Warwick benefits from excellent fishing action when pogies return to the upper Bay with blues and stripers right there to greet them.

According to DEM’s Rose Jones, “Rhode Island is home to a wide array of historic parks, beaches, bikeways and other recreational facilities. Rocky Point, once a popular amusement park, is now a sprawling green space that looks out over Narragansett Bay.  As part of the tour, participants will take in the sights along the Park’s coastal trail and learn about the history of the park.” Hikers will not need to be “This Tall” to enter the park but will need to vacate the parking lot by 3pm.

How To Find Stripers & Friends with OSKF

Randy Degrace lead the Ocean State Kayak Fishing group through thick fog to find stripers and new friends for their 2nd Anuual tournament. By the afternoon, it was a bluebird day with fish caught and released then generous prizes and raffles. OSKF made this a perfect day on The Bay and Jose Agustin Vinas-Vasquez’s first day in a kayak was the star of the show.

Fish and Regs Are Back

Finally, a busy week here on the water. Regulations are being finalized, hatchery trout are circling for food and anglers are readying their trout gear or looking west for signs of striped bass. The RI Marine Fisheries Council convened to finalize regulations for...
Keep Reading