If there’s water involved, Bill McCusker is willing to get wet. He’s a tireless volunteer and advocate, a guy who collects water samples for URI’s Watershed Watch, has happily volunteered countless hours to the Wood Pawcatuck Watershed Association, dragged hoses and fought fires for the Richmond-Carolina Volunteer Fire Department, all while continuing to heft herring over dams choking the Saugatucket River. Amazingly, Bill even assists with educational kayak trips on the salt ponds, secretly lamenting a lack of time for a little fishing of his own. Dating back to his years on the beach with his beach buggy driving, surf casting father, Bill was all wet. In a good way. Last week, dressed in his best Easter waders, he was helping again at Peace Dale’s Palisades Mill.

2017’s first run of river herring arrived with the last month’s moon but were shunned by cold waters and unfavorable conditions. Over the last week or so, buckies have been seen staging in the shadows of new buds at the Old Post Road dam and newly refurbished fishway. With so many finding their way through the system and up river, Palisades Mill has become the de facto hot spot to help lift fish past a ladder system which seems to be better dialed in than last season. The eight foot deep granite square under the waterfall is where volunteer hero Richie Clough took an unexpected swim last year, as did some clueless lad this year. Both ended up in the drink but only one likely had a few before they slipped.

Local fish herder Bill McWha, resident constant creator of ALL HOURS, ALL CAPS emails to anyone and everyone once again ran the show. Bill’s a boisterous combination of coordinator, conservationist, commander and carnival barker. 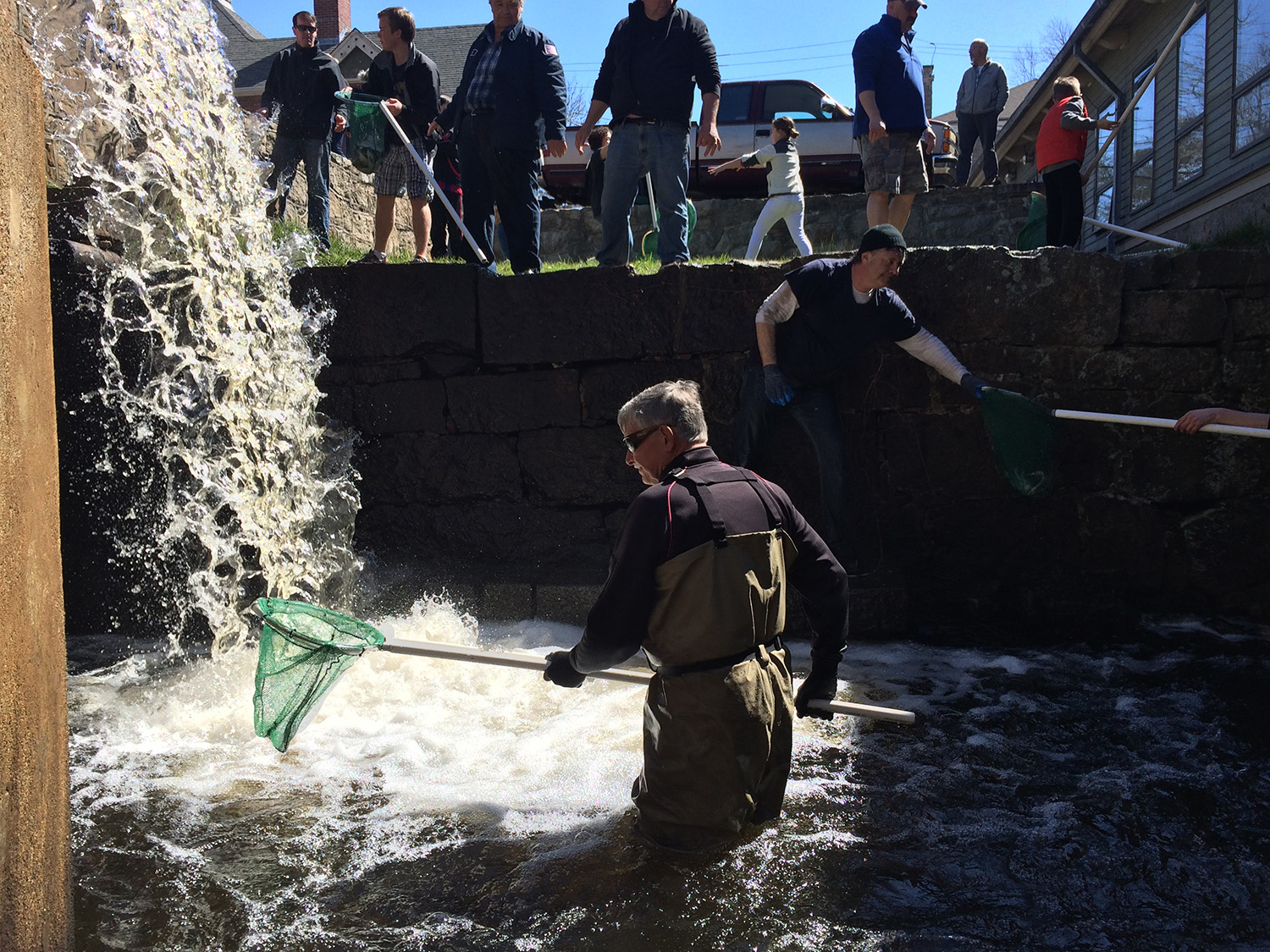 His intentions are good; he cares about anadromous fishes, the health of our rivers and oceans and is furious at regulators for allowing destructive, indiscriminate fishing methods to be legal along our shoreline. Bill McCusker just wants to help move some fishes and visit Whalers for a pint of Rise…again.

For the uninitiated, moving alewives and bluebacks around the dammed wall means first pushing fish from the south side, where the river bends to the west, under the mill through an ancient tunnel lined with bricks and mussels. Using a large net strung horizontally or at minimum, a few kayak paddles to create a disturbance, herring are coerced north towards the falls. Last weekend, the smell of a sweet green plant legal in Washington, Oregon, Maine, Nevada, Massachusetts, California and Alaska but not yet Rhode Island, apparently worked its way through the tunnel of smoked fish.

While it’s always helpful to keep your helpers happy, high is not always that helpful.

McWha reported that 5,775 herring were assisted in a few hours. Quick estimates are made as nets pass through many hands but overall, it’s clear the numbers are close to accurate as you can get without risking more time out of water for the hapless herring with more scales lost on the cracked crooked pavement. The lucky fish were netted en mass, lifted to Richie, then passed through a long line of Easter weekend volunteers to flat waters inside the cement canal which leads to Peace Dale Pond. McCusker reported a very happy crew despite some incessant yelling from the impromptu command center up on the green. Depending on the effectiveness of the fishway, there may be a few future lifting events over the next few weekends. 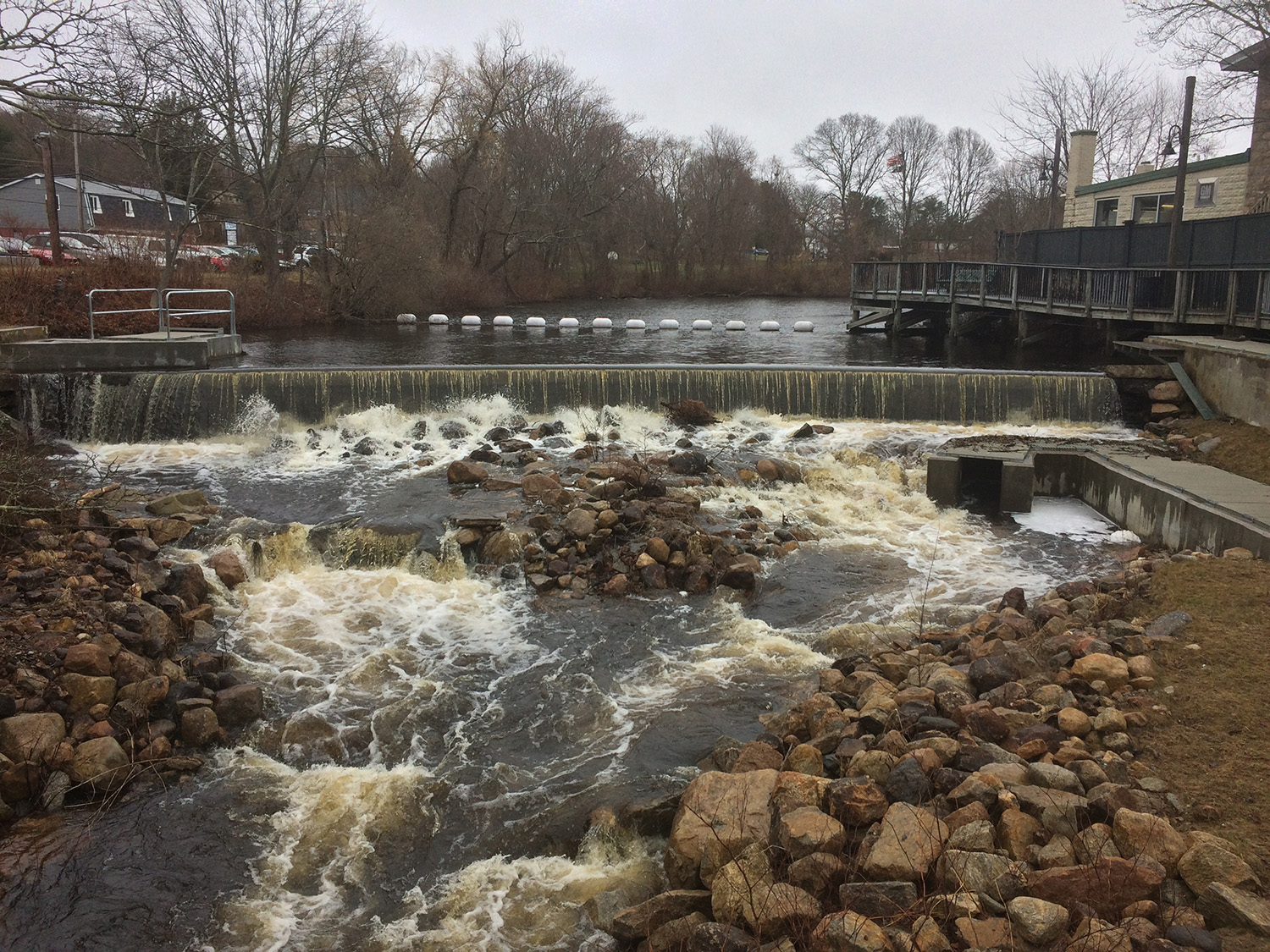 You are asked to bring a bag of Cool Ranch Dorito’s, some flowers for your hair and a favorite Jefferson Airplane cd to help keep people focused and full.

June 17 is the date for South County’s venerable Fluke ‘Til Ya Puke Tournament.

Registration and Captain’s meeting is Friday at 6 p.m. with the competition starting at 5:00 a.m. on Saturday. The contest ends at 1:00 p.m., catches are weighed at 2:30 p.m. followed by the awards ceremony and Bar-B-Que. This year, the boat with the largest total weight will win a 6 hp Yamaha outboard and a 9’ inflatable. 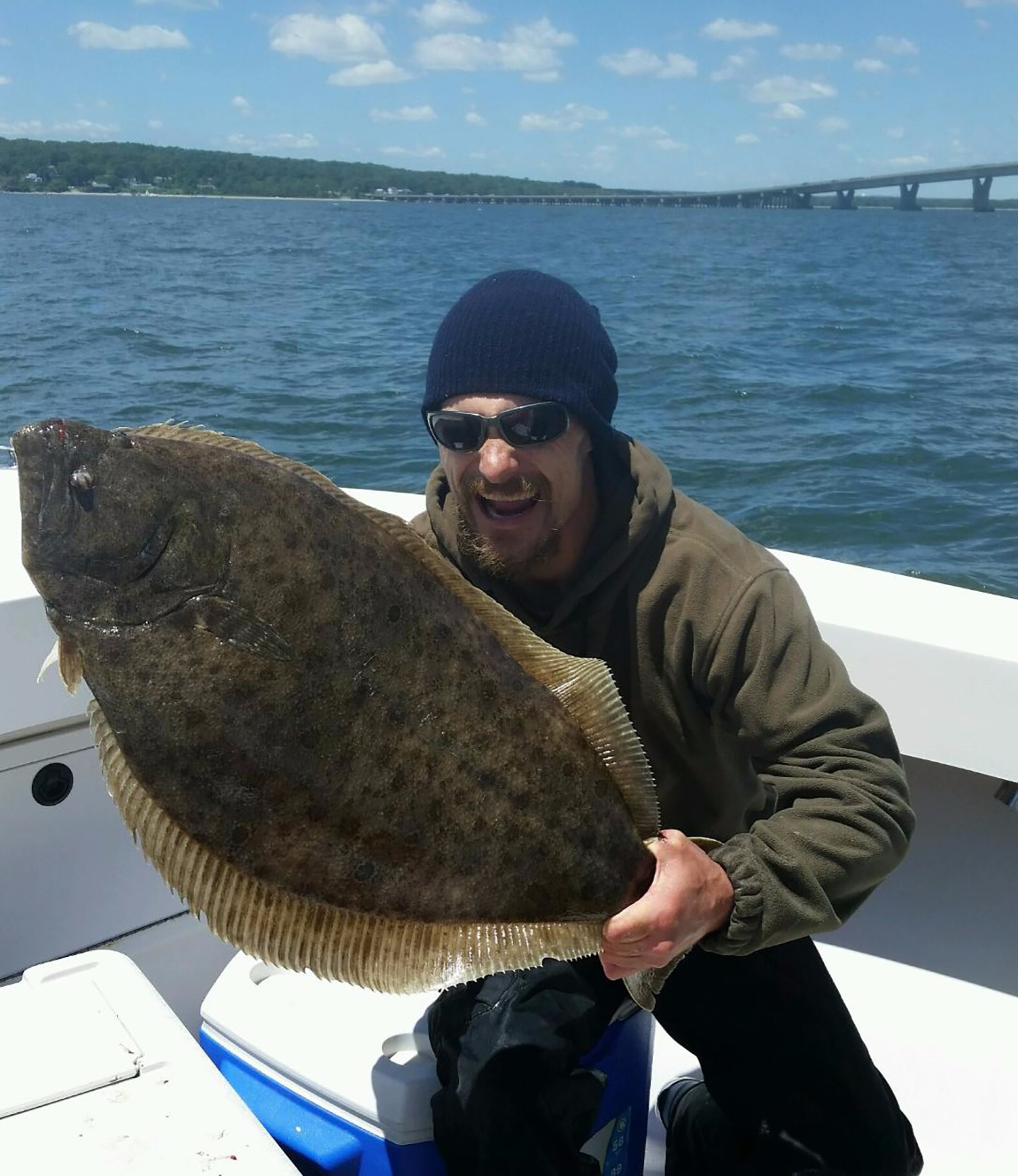 Even better, anglers are again encouraged to donate their catches to the RI Center Assisting those in Need, or RICAN, a non-profit helping people with food, housing and employment assistance. The boat donating the most fish to the cause wins a $1,000 inflatable boat.

Under new regulations, anglers may keep four fish per day with a minimum size of nineteen inches. Sea bass will also be included in a Calcutta. The fun starts at South Kingstown’s Point View Marina. For the digital crowd, there’s a deadline of 6:00 p.m. on June 15 to register online.

URI and RIDEM will be continuing their black bear survey this summer and they’re looking for volunteers to help monitor 42 sites. Using hair samples hung up on barbed wire, samples get analyzed to determine numbers of bears entering The Ocean State and to see if any of those immigrants are staying. Weekly checks will begin in late May/early June and continue until October. You can learn more by contacting Amy Mayer at agottfried@uri.edu.

As always, thanks for reading…

Narragansett Dock Works has lowered an excavator onto the rocky tow of the Main Street dam in Wakefield. This is the first step in the process to reconstruct the Denil-style fish ladder system, originally built it the early 1970’s. The reconstruction will incorporate...
Keep Reading