November’s cooling seawater is making for some red-hot fishing. Breachways, beachfronts and river mouths are full of stripers and in some spots, even a few false albacore. As long as an abundance of bait remains inshore, this streak should continue until the first real frost when stripers pick up the pace for southern climes and a fair share retreat into salt ponds.

In reality, it’s supposed to be colder.

According to some fishing logs even snow cold but repeating warm fronts and a series of rain events which never really chilled the upper lens have blessed us with an extended fishing season. Surface temperatures are holding tight in the high fifties to about sixty degree range from Providence to Block Island, giving migratory game fish like stripers plenty of food and no real reason to migrate anywhere. Quonatatoug and Charlestown Ponds and their breachways have been producing some keeper sized bass, mostly at night with plenty of schoolies hitting topwater lures.

Rene Letourneau had been finding albies around Newport on calm days, keeping his clients happy hauling in Fall’s favorite fast fish. Captain Jerry Sparks had been finding a few along Watch Hill and up into the Connecticut River mixed in with schools of stripers.

Sparks is a guy who relies on intuition and common bait sense; when menhaden are in, he throws twitch baits with matching patterns or jig heads with Shad Tails to entice lazy fish. Soon we’ll be reading about catches around Providence’s Hurricane Barrier and points north.

The mouth of the Narrow River is well known on the striper coast and for the past week or more, she’s been giving up lots of bass.

Fishing the mouth typically starts with leaving parking lot lights for a long, fine walk north, while others start at Sprague Bridge where they head left, for soft sand and easy walking along a big curve where small stripers have schooled up for millennium, to the right for challenging hiking to the sea or just straight down a well-worn grassy bank path.

Phil Capaldi knows all those directions very well; he fishes as hard as a guy can who’s also raising three children, spends lots of time with family and teaches third grade. The jones is always there.

“It’s the Fall, man,” he said, explaining simply why he finds time, even really small blocks of time, to go fishing. Narragansett, Barrington, Warren, the south coast, all these are Phil’s haunts.

“I fish two or three times a week, on average, but only for two to three hours, at most,” he said. Come December his surf rod gets stored and his Wilderness Systems Wilderness Systems kayak gets launched to pursue holdover bass and schools of white perch.

Certain special people inspire us, occasionally without ever meeting. You hear stories of their perseverance, dedication and passion for work, families and when there’s time, fishing. Certain people have no phony veneer, no obvious verbal prestidigitization meant to reroute conversation back to them and their stories.  …

“you’re the best teacher ever,” wrote one of his students.

Phil was Jamestown’s Teacher of the Year in 2016. Based on some low-tech Fish Wrap style investigation, it’s obvious Phil’s greatest rewards come from all his kids because he adores his classroom and his own family. But then again, he said, “I love to fish. When I can.”

Phil downplays much of what he has to say as no big deal or any big secret. “No, it’s not a secret,” Phil Capaldi said about using Cocahoe Minnows to catch bass, proving both my points. “You can fish it on the drop, you can jig it,” Phil said, also proving that often a simple soft imitation with a small jig head will fool even the wisest striper. “You just have to put in your time to catch the big bass,” he offered, alluding to a 34” striper he landed near the bridge.

Phil and his uncle started there where a few guys were casting for schoolies and hickory shad. The two moved east, following that ebbing tide along a sandy edge and tall grasses of a winding river. Crabs scurried along elbows exposed at low water while grass shrimp, safely buried in daylight sands, crawled and swam through the night. Quick bait fish like silversides and bay anchovies fed parallel to strong tides where waters are easy, but that’s also where, emboldened by darkness, striped bass hunt. The two landed several schoolies along the way then at the river mouth, where a few guys were up to their chests in a strong tide, the two opted for a return hike.

“We trudged back,” Phil laughed, alluding to how precarious a nighttime adventure on the river can be. 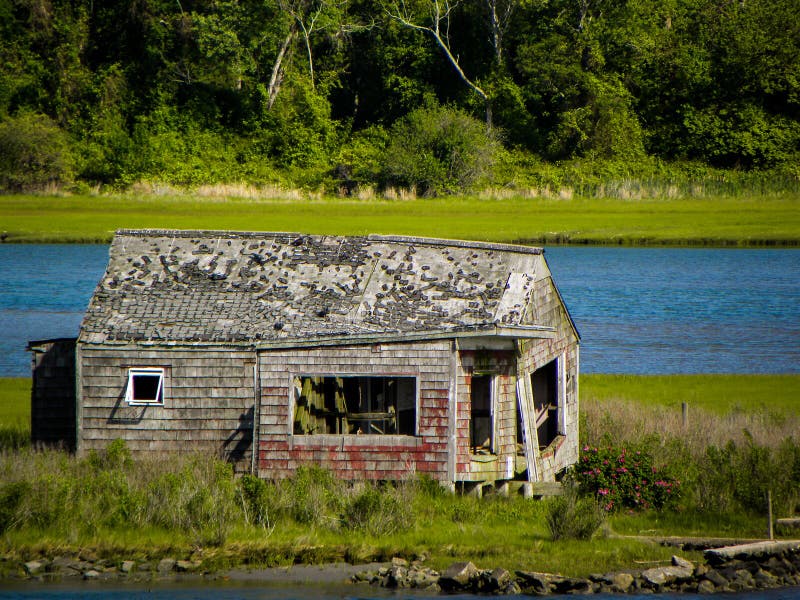 Long gone now, like many other “landmarks”. photo credit to Dreamstime.com

Such wonderful hideouts for protein hungry, late season bass, Sprague Bridge casts shadows to cover flows and swirls racing past its abutments. Fishermen squint to make out dark dorsals slicing through eddies, pursuing bait on both sides. Splashes and crashes make them jump. Phil’s Cocahoe Minnow was just the ticket to get past the shad and land a 34” bass that night, his birthday.

“Inspiration, move me brightly,” wrote the people’s poet, Robert Hunter. It’s easy to sit first then think about fishing second, it’s really easy to say how we wanted to fish but x and such got in the way, especially as wood stove season approaches.

Fishermen like Phil Capaldi, a father and teacher surrounded by kids who adore him, with so much to juggle and prioritize, are inspired to make the time. Given how Nature is holding back the frost, there’s plenty of fish to catch in some very shallow, quickly cooling waters.

Fish swim. When you’re fishing the same reefs the day after bait tye-dyed your color machine and stripers were all but inviting themselves aboard and now you can’t find a single one, you start reaching for answers. Not excuses, explanations. One day does make a...
Keep Reading

ICAST showcases the best of the best outdoors gear and we are brining you two of the most inventive and award winning products of 2022. ICAST’s BacPak & LIVE SHRIMP will help you catch more fish, then help you store and even vaccum seal all those flavors, no matter where you are. Technology and attention to details make these two must-havfe’s for your next adventure, no matter where you might roam.