Winter, it’s been good to snow ‘ya

The last edge of winter was tough. Temperatures and winds fouled up fishing plans. It was tough hearing teenagers complaining about bringing in firewood. The wise didn’t dare put away snowblowers because odds were good for one last storm on the horizon.

With all that in the rear view mirror, here’s a nod to winter’s departure with a few characters who were tougher than any season and a few opportunities to celebrate Spring.
Fisherman Brandon Regnault seemed to have the north country ice dialed in perfectly. He fished as much as he could, manned trade show booths for Big Bear Hunting and Fishing and started building his own rigs called KrankdUp Lures. 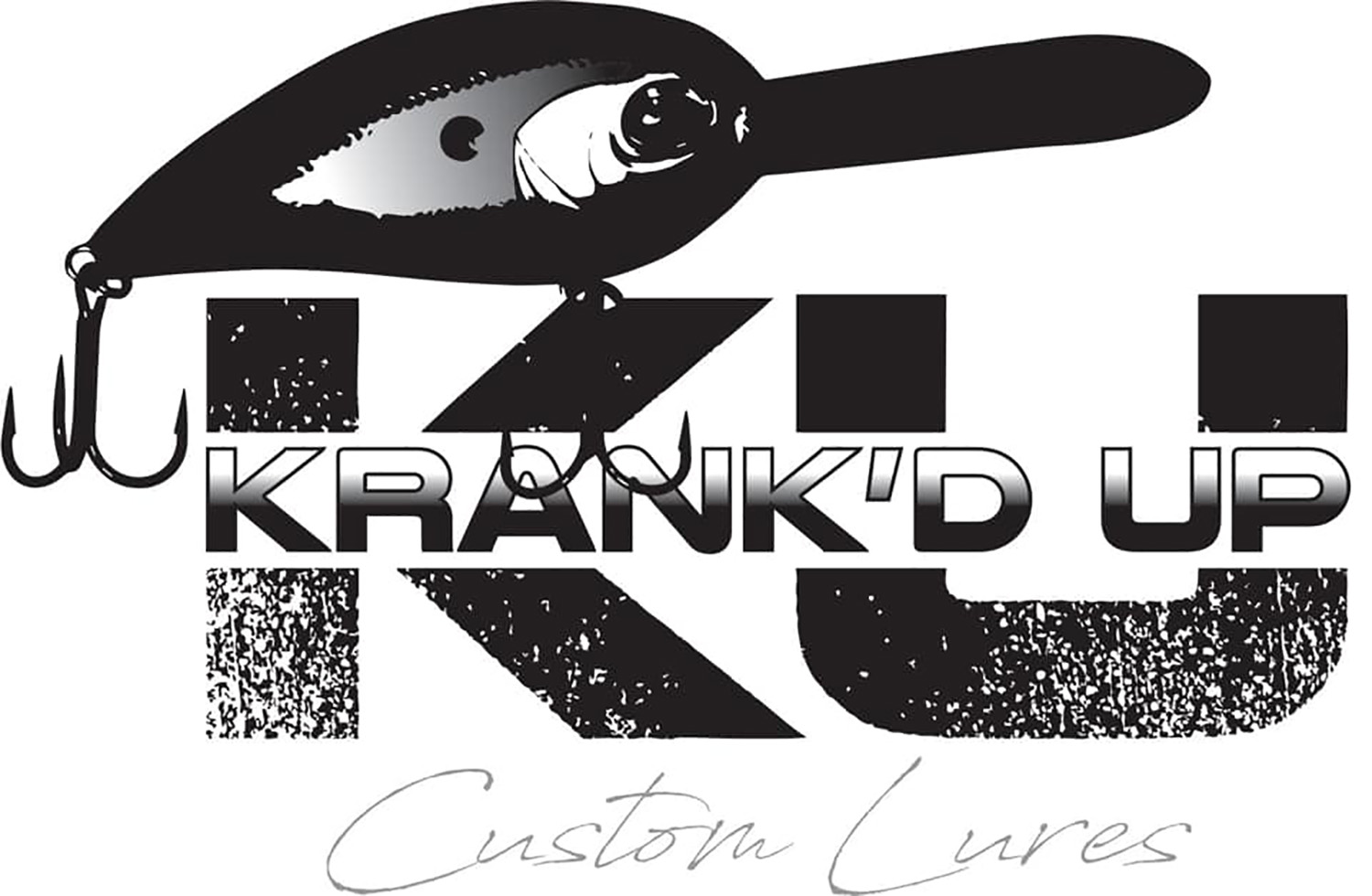 That’s in addition to his pro staff gigs with Denali Rods, Ardent Reels, American Tackle and Amphibia Eyegear. And he has a day job. He’s tough. His Sexy Shad Spook looks deadly. Actually, all his lures look pretty amazing. I’m betting his Root beer Float Flat Sided Crank will be killer on bass and anything else feeding in freshwater. 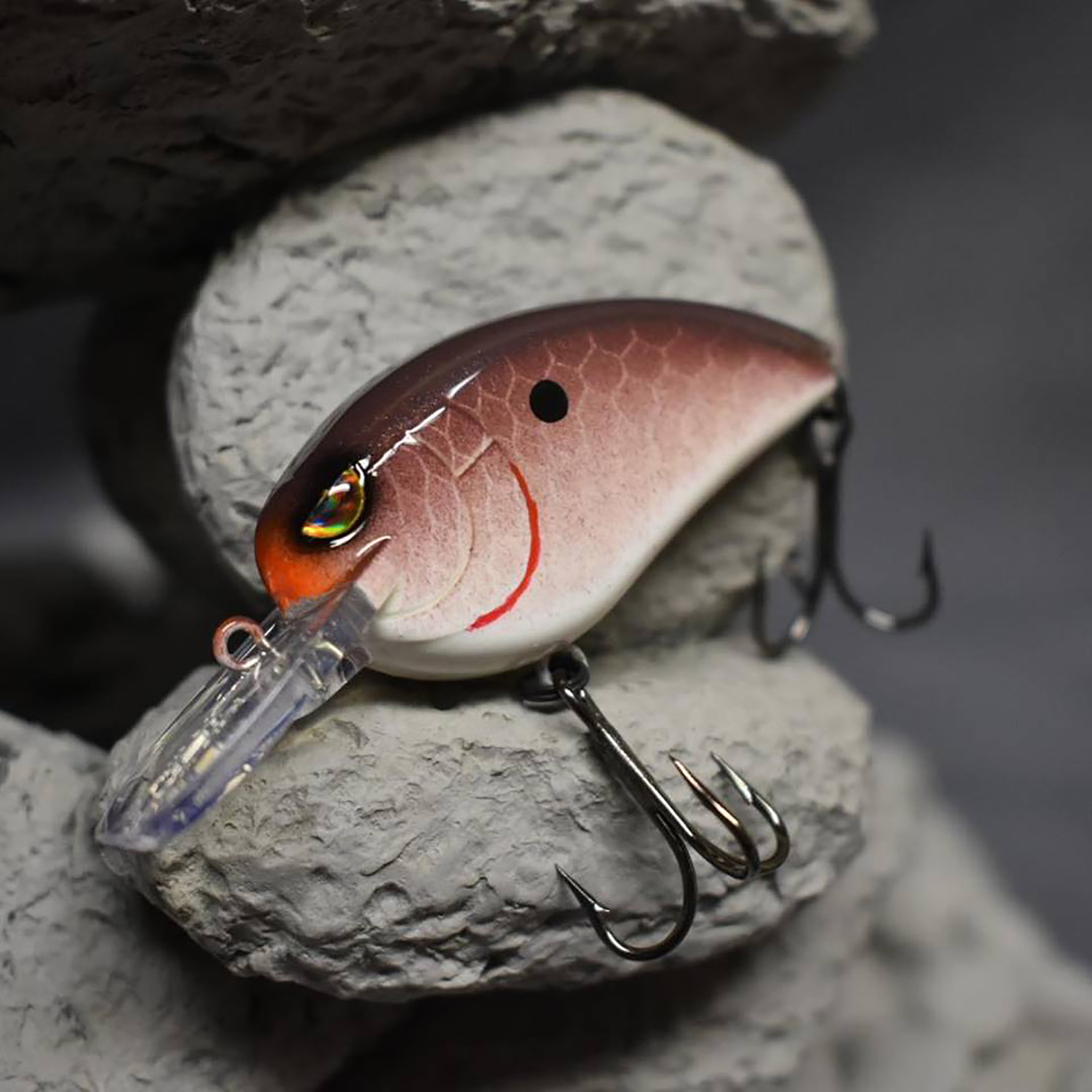 His lures will be available at Big Bear in Gloucester which, incidentally, is having a bash on May 4. It’s their Spring Cast Off and Brandon’s lures alongside his friend Guiseppe Andreoli’s Uncle Joe’s Jigs are reason enough to pay a visit.

Lawrence Thompson was on the ice a few times. He’s livened up these pages several time over the years with his fishy selfies, many of which remind us that we really should get out of bed earlier or that wind and rain are not excuses for not making a few casts. Borrowing a phrase from Rhode Island expat Lunch Break Eddie, who surely borrowed it from someone else, “There’s no such thing as bad weather, just bad clothes.”

Tough lesson right there.
Last time out, Lawrence fished Browning Mill Pond in the Arcadia Management Area with small jigs, meal worms and shiners run below tip ups. Of course, those shiners brought in the pickerel but Lawrence always seems happy no matter what the species is. When Spring rolls in and he launches his boat, that’s when fish really get scared. 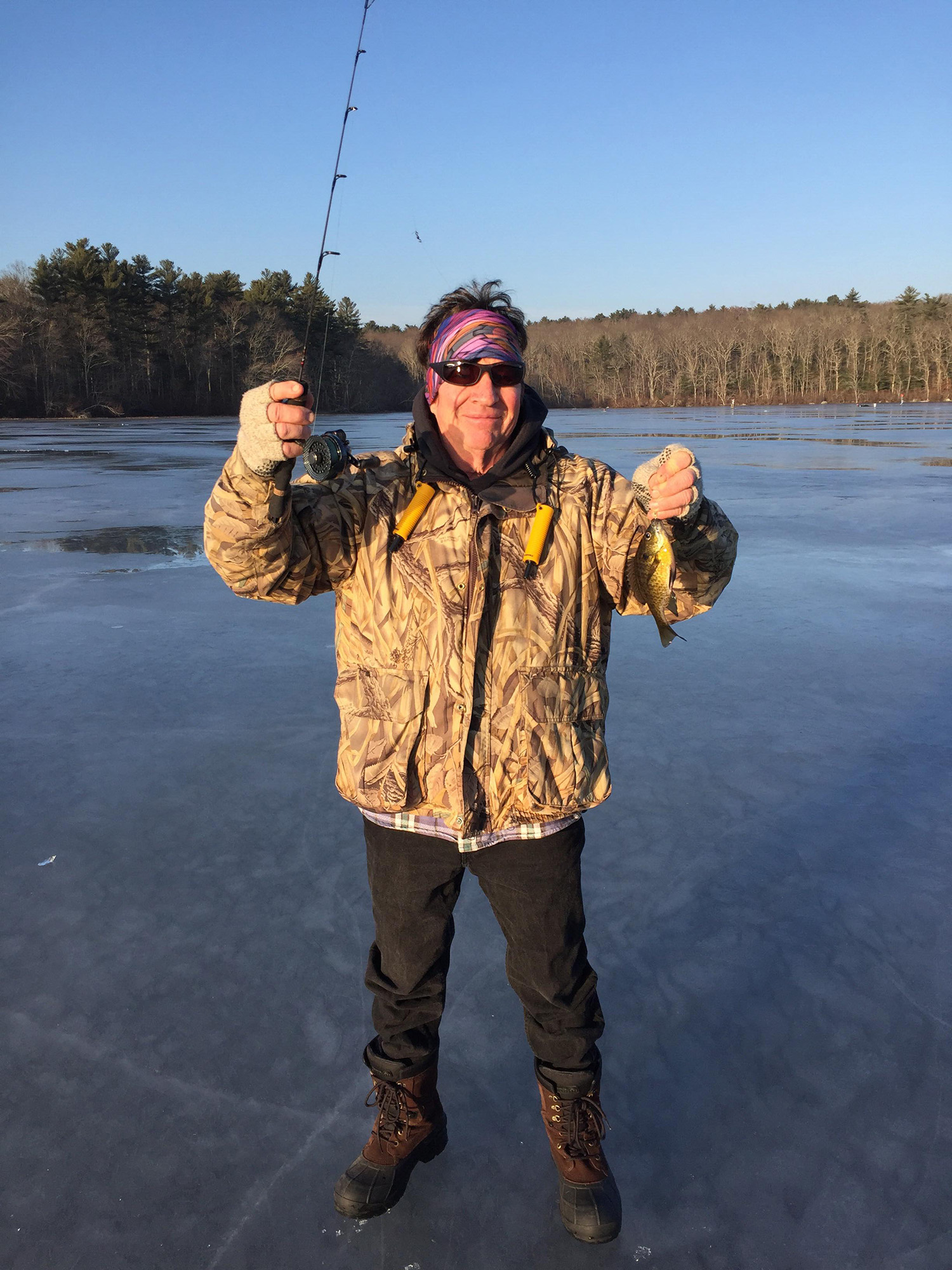 Coventry fisherman Jason Anctil has been landing fish all winter, sometimes on the ice, sometimes from his Ranger boat. It’s easy and admittedly pretty fun to lean back while it snows and tell stories but it’s guys like Jason who prefer to make new stories all year. For likely their last shot at safe ice this season, Jason and his 12 year old daughter, Lilly, happily dragged out the sled and tip ups last week.
“Every cast can be a memory,” Jason likes to say. It’s pure winter magic to be out messing around on a pond, drilling holes down into what Henry David Thoreau called, “The parlor of the fishes,” precisely where you’ll be paddling a kayak or drifting a bass boat few weeks later. The two landed 16 bass, six pickerel and four perch but that wasn’t the best part by any stretch. By days end, Lilly had not only landed the biggest fish of the day, a largemouth tipping the scales at three pounds, fifteen ounces but that fish was also her personal best ever. Lilly has a classic, unforgettable smile showing off that fish. 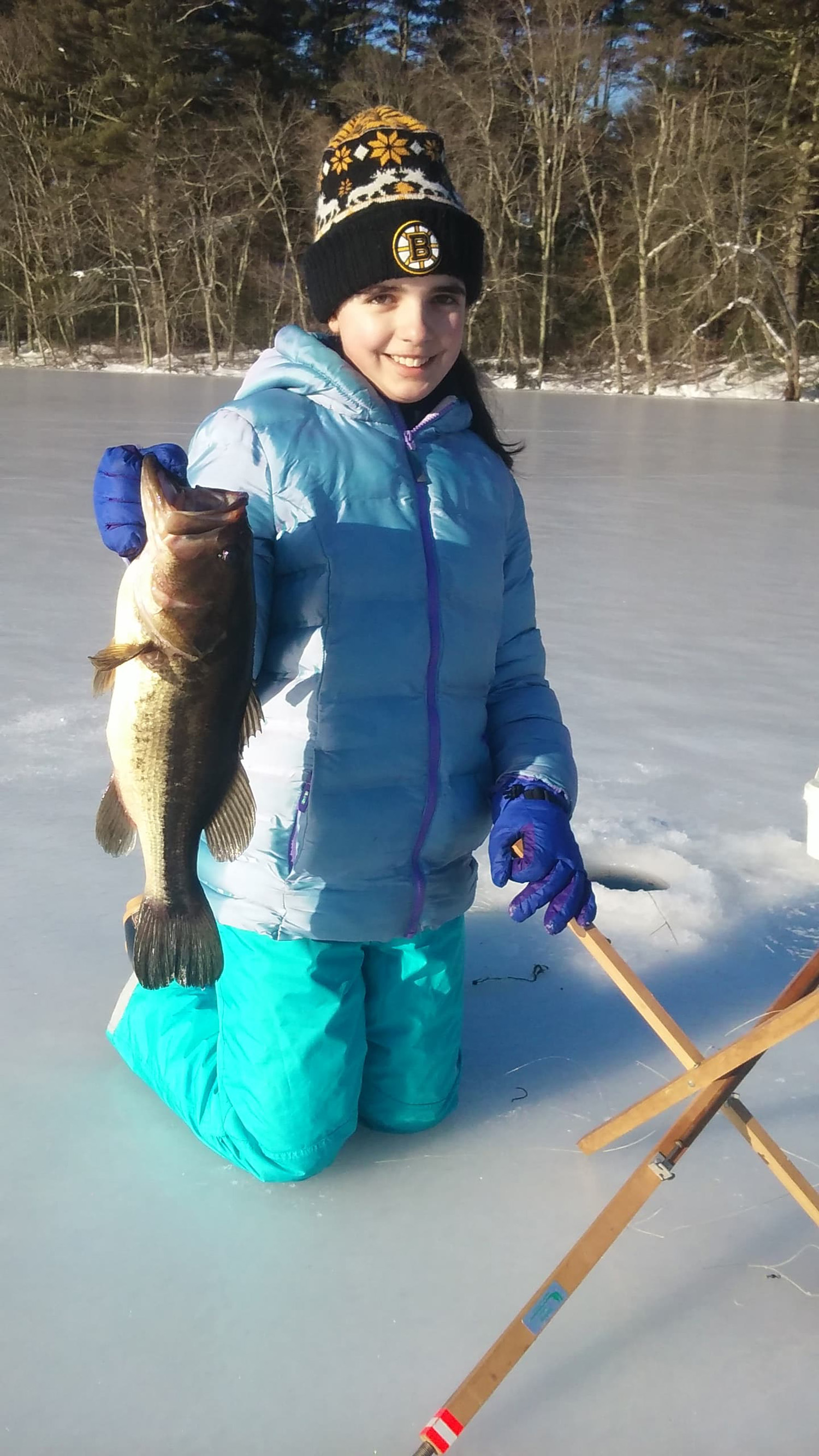 “Never had a winter like this one. Honestly it was fun. I never left Rhode Island and still fished all winter,” Jason said. He has a theory about staying and catching; it’s a lot like that “one last shot” we took at the neighborhood basketball net, the one that kept us out until the streetlight came on or later. He believes, “We are always one bite away.”

When fishing is slow or conditions are less than ideal, when there’s a Sox game and an empty couch, Jason knows there’s a chance your next personal best is swimming away. That’s tough to ignore.

With Spring just starting to blossom, RIDEM and fly tying master Scott Travers have yet another excellent offering for sportswomen and men. On April 2, you can participate in an Angler Education Program at the Olneyville Library in Providence. This is an entry level class where all questions are answered and those who are new to the pure joy of catching and releasing fish will come to understand the basics of rods, reels, lines, hooks, weights and exaggerating the size of the catch. Learning how to stretch your arms out to make fish look bigger is a key lesson, I hope. The class goes from 5:30 p.m.-7:30 p.m.. and is designed for adults and children ages 8 and up. You can learn more at https://www.facebook.com/events/340376926821962.
Scott’s next fly tying class focuses on cinder worms. It’s still a bit chilly for us to get too far into that fishery but it’s a perfect time to learn how to mimic their shapes and colors. The class runs 6:30 pm to 8:30 pm on Tuesday, May 7 at the RIDEM’s Camp E-Hun-Tee in Exeter. Perhaps the best part of these classes is how they finish with a a trip to Ninigret Pond on May 18 to use those newly tied red worms to catch some stripers in the chaos of fish feeding all over everywhere. You contact Scott at scott.travers@dem.ri.gov or call 401-539-0016 to register.
“Crazy winter,” Jason Anctil said, “I had my Ranger boat out in January, ice fished the Super Bowl, had the boat back out for two weeks in February then was back out on the ice today.” 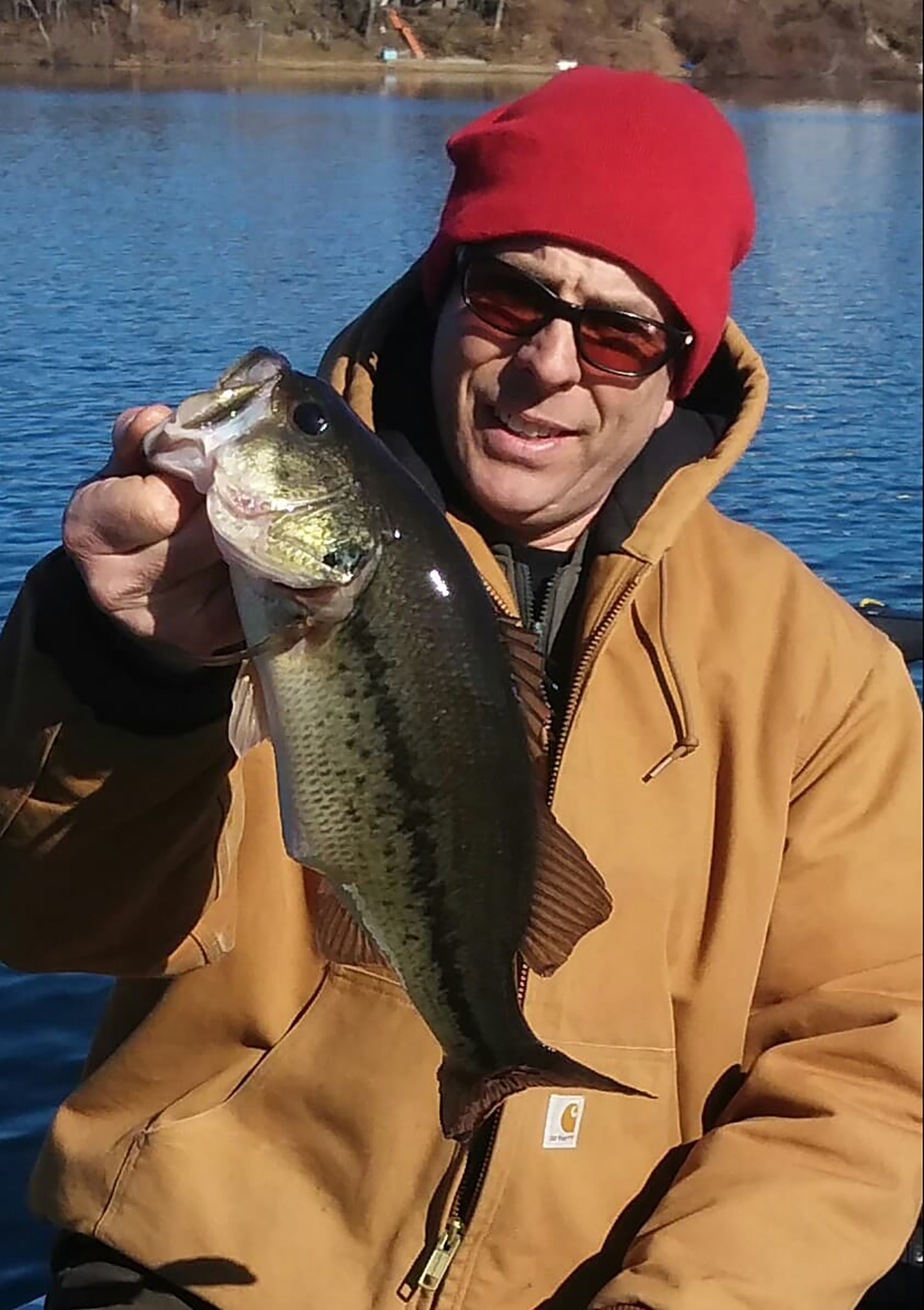 And that, is a tough, all-season fisherman.
So long winter, it’s been good to snow ‘ya.