feng shui for bait, on worden pond, the sweet sound of guns 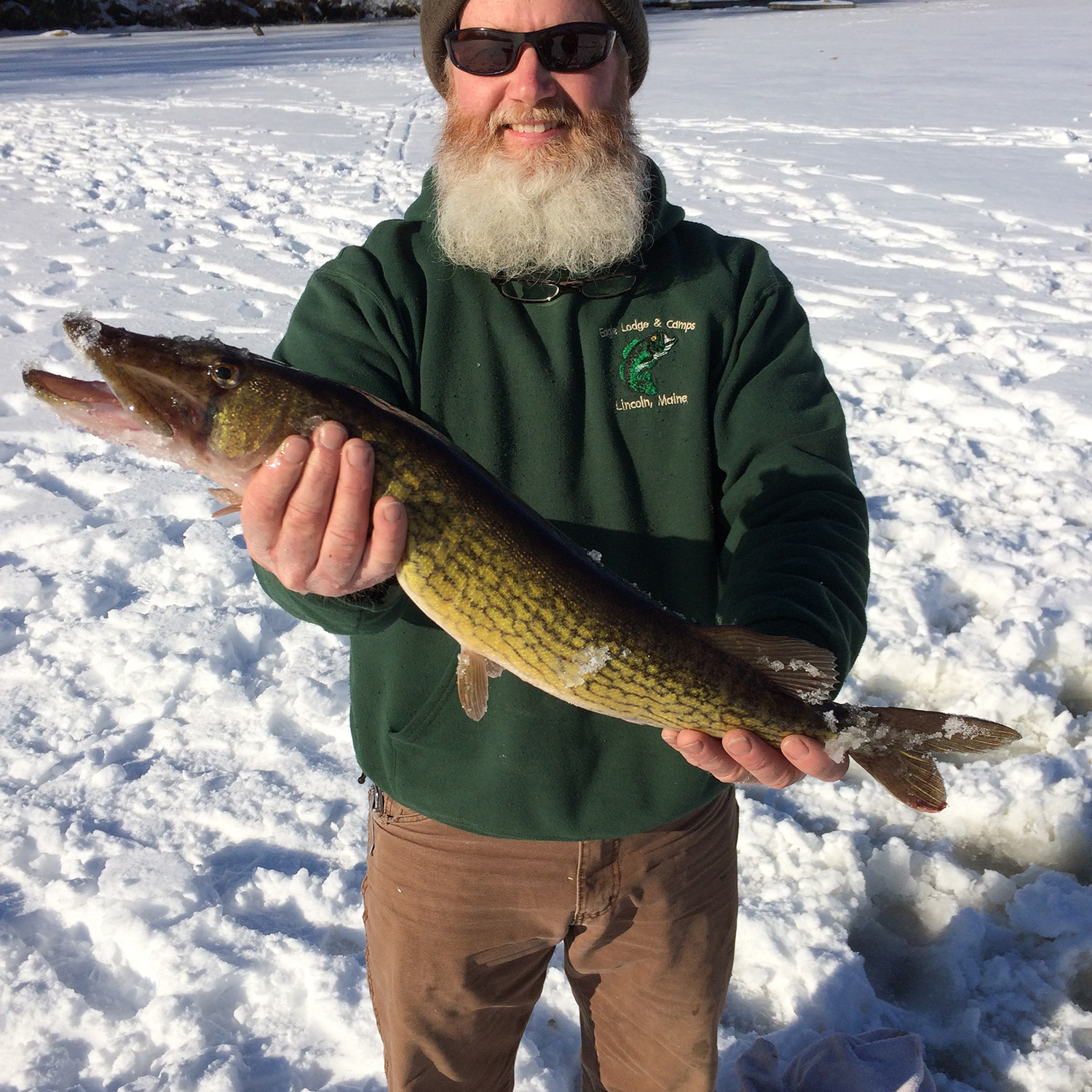 Keeping shiners in the bathtub can put a quiet but significant strain on a relationship. While logical for the average New England ice fisherman, some significant others apparently find such live storage to be unusual, unnecessary and kind of gross. The bucket which holds them is a wonderful example of recycling, the life-sustaining bubbler is powered by rechargeable batteries and the noise is very much on par with those fancy feng shui percolators which bring internal peace and cosmic alignment. Apparently not all relationships benefit from a balance of commonly accepted practices.

Over at Hope Valley Bait and Tackle, those shiners had been selling very well before Super Bowl weekend, despite all the ill-focused attention on chip eating, hop imbibing and television viewing. Buying bait from a tackle store is alot like taking your car to a dealership. Bear with me. With both, you really need to find someone you trust, someone who leaves you with a solid feeling that you got what you paid for and didn’t just cheat you while you walked around browsing at crossbows, whitewalls or Sluggo’s. When you drop your car off at the dealership to have tires rotated, you don’t want to pick it up to find 4 new ones, new brakes, a front end alignment and muffler clamps. When you shovel the snow and auger the ice to set up gear on a coffin-cold Sunday morning, you want to open your bucket and see all large’s or heavy’s or pike’s or whatever it was you ordered. Given what’s happening in our upside down world, where you can get machine gunned for penning a cartoon or hit with an explosive kitchen appliance, this might not seem like a monumental issue, but when you’re standing on a frozen Worden Pond staring down at a handful of skimpy minnows comingling with your pike-enticing jumbo’s, it’s enough to really fry your bacon.

Speaking of, Worden Pond, with an average depth of about four feet and large amount of shelter-providing grasses, is easily one of the first ponds opened up with ice holes. Our state’s largest natural pond, she received her name from Dr. Samuel Worden, who purchased it from Benedict and James Arnold in December 1696. Being a well-to-do physician, born in 1646 and later passing on August 26, 1716, he was able to purchase land in Massachusetts and parts of the Pettiquamscutt Purchase, but did not seem to have much to do with the pond. Later, we almost lost her altogether. According to land records from October 30, 1783, Worden Pond was “conveyed to Col. John Waite on condition that he should drain it.” We humans do believe we can swing a lot of power but thankfully, the draining never happened. Prior to all of this, was the tragic, barbaric and costly Great Swamp Fight of 1675, when the largely war-neutral Narragansett Sachem, Canonchet, constructed a retreat to shelter food stores, women, children and the elderly. This was all established on a small island in the swamp, theoretically safe from angry white invaders. Then the swamp froze and all bets were off. Those aforementioned white guys formulated a horrific battle plan and killed with such absence of humanity that the lion’s share of victims were those same women, children and elderly, many of whom were burned alive in their shelters. Any Indians who survived spent days and weeks freezing and starving in the surrounding woods. Last year a father and son were air-lifted by Coast Guard helicopter after getting turned around canoeing, spending a single, cold night in the swamp. It seems impossible to imagine what those days and nights were like back then, with no hope or life flight in sight. The complete details of that horrific massacre, including the memorial, dedicated in 1938, are certainly worth your reading time.

During World War II, the 1043 acre pond was used for military dive bombing exercises and even as late as 2010, an unexploded bomb was discovered on the pond floor, which was unarmed by the Navy’s Explosive Ordinance Disposal team. Sadly, on November 26, 1945, Ensign Nelson E. Carter was killed while performing bombing training there. The Curtiss SB2C-4 Helldiver, like the one he piloted, suffered from poor propulsion and a cumbersome body type, earning the nicknames Big-Tailed Beast and the Son-of-a-Bitch 2nd Class. Today, Worden Pond is a go-to place for boating, big bass, pickerel and those monster pike.

While some were out fishing this past weekend, the sweet sound of gunfire was echoing from the newly purchased Peacedale Shooting Preserve. It’s good to hear a reminder of the many different users of our South County waters and skies. Shooting clay pigeons is an excellent way to hone your gun skills, get ready for the next sea duck season or just enjoy the freedom of owning firearms. If you are new to the sport or it’s time to introduce your next generation, you need to start with a RIDEM hunter education course. The next class is scheduled for March 19 and 20, over at their Fish & Wildlife Education Center at Camp E-Hun-Tee Place in Exeter. There also is a new, fully state-approved on-line hunting certificate course, which is a remarkable advancement for this state, but nothing beats the hands-on experience with a teacher like Scott Travers. Knowing how to handle a sidearm, fish through the ice, lead a 12 gauge just ahead of speeding buffleheads or reel a 5 weight in a quiet trout stream gives us those elemental, quiet skills that serve us well in the field and in life.