size matters, a superior barrister and another lost soul

Black sea bass, bonito and false albacore continue to be caught around Hazard Avenue, Black Point, the east wall and all the way to Westerly. Even the Harbor of Refuge has been teeming with giant bait balls. The channel into New Harbor on Block Island is still producing and with water temps holding tight and acres of bait hanging in close. A few guys have been catching stripers off the beaches although by most reports, nothing huge but given the awesome amount of bait and plenty of weeks before real frosts, we may be in for a very strong fall.

There’s always a few guys who have it figured out. Rick Harris has been beating the odds, landing some big bass and blues throughout the Bay. Rumor has it they are headed for a brine dip and a few hours in the smoker. Rockin’ fisherman Mike Yarworth lost “the big one”, says he, right at the rocks when the bass proved stronger than the hook. I’ll be waiting to see the hook…Hot-shot angler Timothy Wallin was working the salt ponds and channels with his dad, looking for anything to bite. Sometimes, especially through young eyes, it’s not the size of the catch but  the fishing that keeps us smiling. Hanging out with his dad, casting for while, checking out how water moves and light changes is just as good as catching a big one. Based on how the two love to fish, it won’t be long before there’s a big fish on the end of his line. 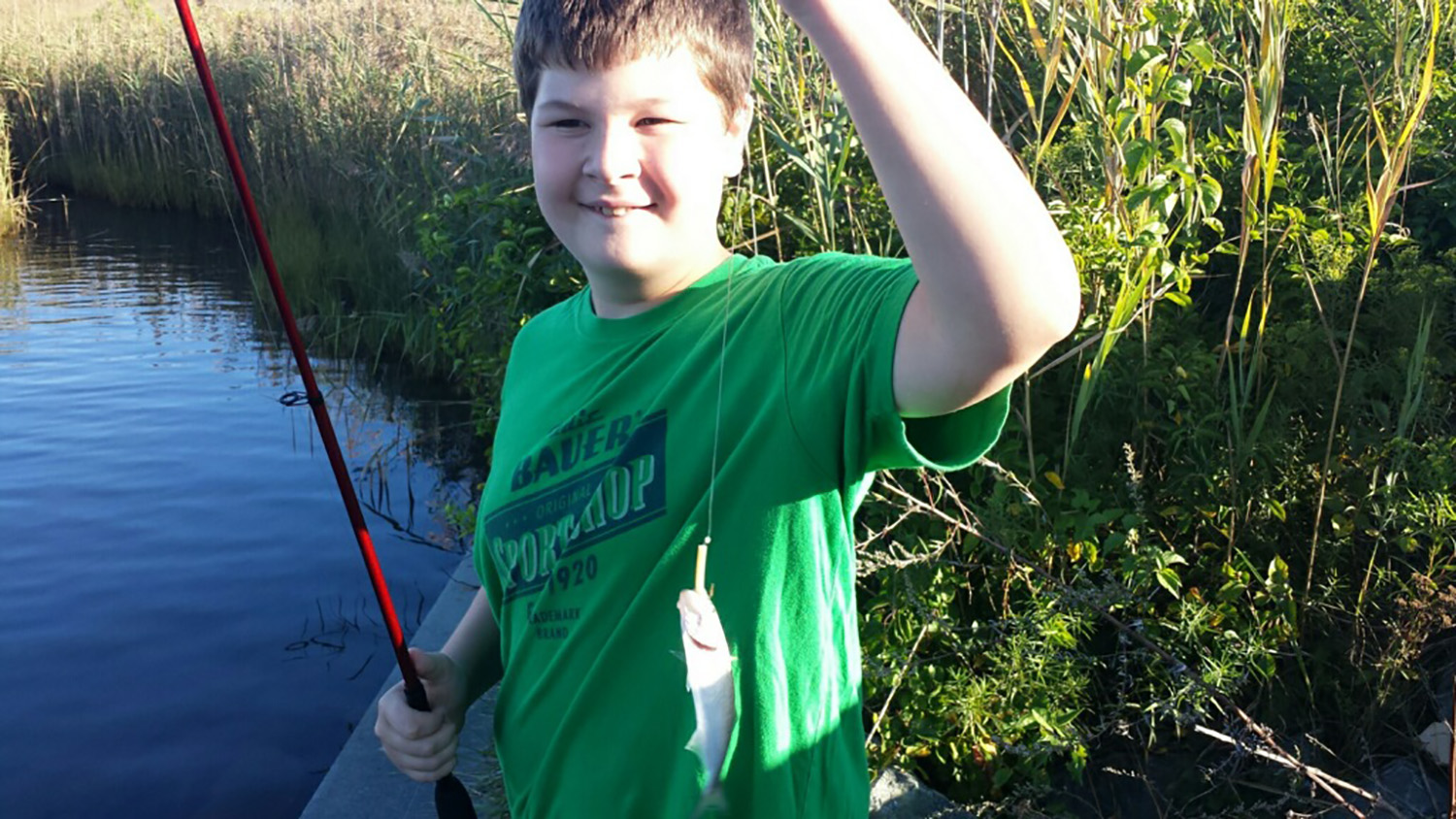 By now we should all be aware of the major RIDEM/ NOAA surveillance operation of people fishing illegally over the three mile limit. So many meetings, conversations and disagreements happened over the last year to, for once, be proactive in protecting striped bass stocks, a result of which was to reduce the daily limit to one fish per person per day. What did not change was that fishing for striped bass over the three mile state line, known as the Exclusive Economic Zone, is illegal. A bigger argument since the rules were changed has been guys cheating, taking bass over the line and taking more than one. If you read this column with any regularity, and if you do, you have my thanks, you will recall that we have repeating the voices of those pleading for more enforcement. We have had conversations with DEM Enforcement and they cannot agree more. They need help out there. The powers on the hill who have the power to support them hopefully are hearing how important this issue is for the fish, for tourism, for the charter boat business and for our collective future and to recognize that these officers are more than just the game wardens of old.  Some fishermen are stealing fish, other fishermen are waving their arms and what the State needs to do now is to get out the checkbook and put funds in the right accounts to support them.

A good friend and superior barrister has offered an opinion that sometimes being unaware of a law might offer potential relief from punishment if said law is violated. Certainly we live in a land suffocating under the burden of so many laws, and taxes for that matter, so his feeling is that we once had the benefit of a free and common fishery with very few, if any laws. So surviving in current times, he offers, might mean we can’t keep up with all the rules and regulations.

Now before the debate gate gets opened as to fishery laws, biomass projections, saltwater fishing licenses, etc, the main point is, in this brave new world, we are expected to know about the laws which affect a particular pastime in which we might engage. He offered that perhaps these guys did not know where they were, that they had crossed the line or that they had caught too many fish. Bunk. 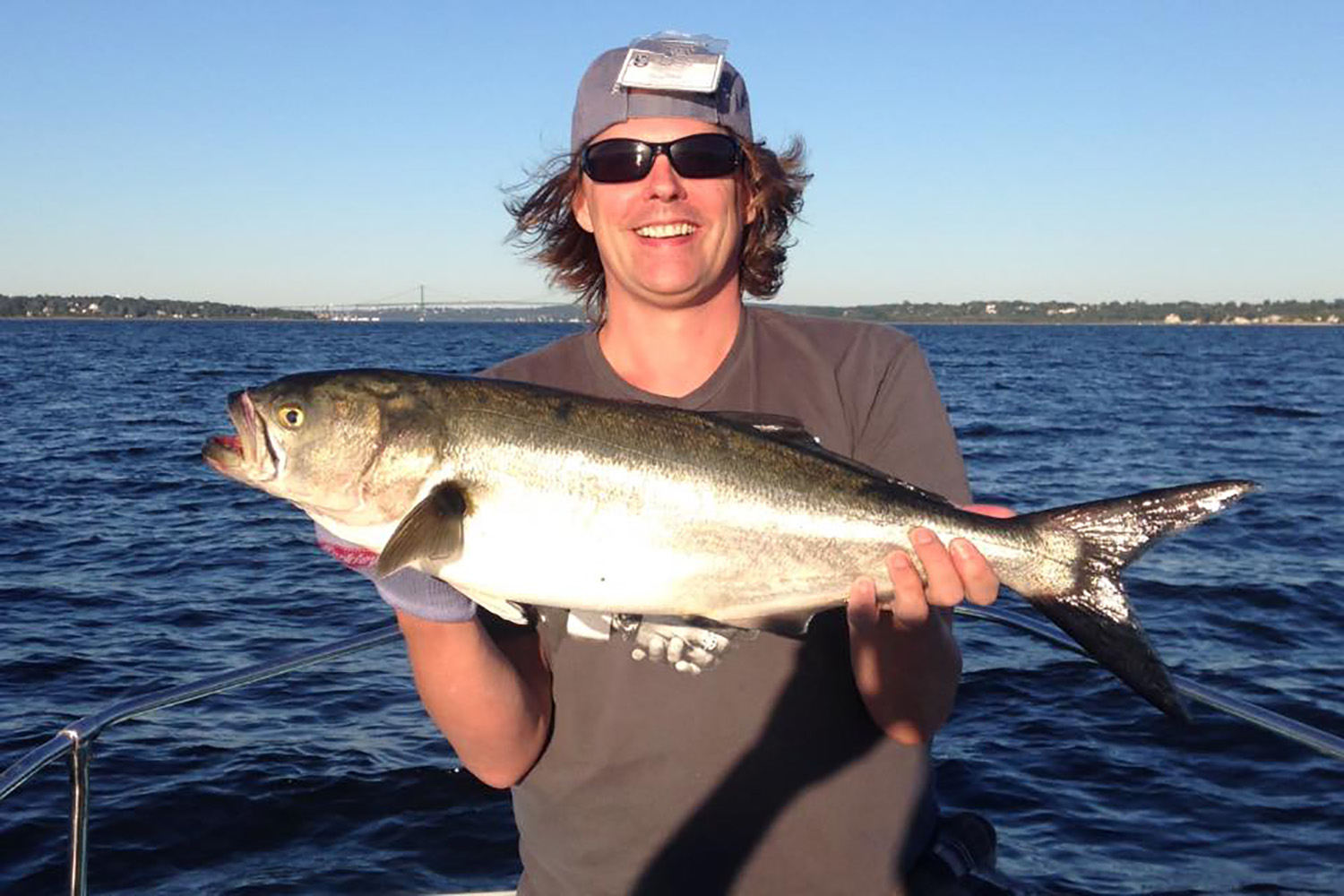 Understanding also that few of my arguments have previously survived his Constitution-based counterpoints, there was so much press about the rules coupled with affordable technology to tell you exactly where you are, can it be offered that ignorance of the law might really be an excuse? No way. That doesn’t work when we get pulled over for speeding, does it?

The goal is to protect and restore a fishery with a benefit that the limit may again be something greater than one. RIDEM Law Enforcement will surely be back, patrolling, watching and arresting and for that, I applaud them.

On a much happier note, the last of the concrete has been poured and the end of the construction is near at the Post Road dam and fishway project in Wakefield. When the water flows and fish return, hopefully those critical forage fishes will summit the ladder and spawn in our many local ponds and streams. Speaking of, the Mid-Atlantic Fishery Management Council asking for comments about forage fishes, like river and sea herring. Unfortunately the deadline is midnight tonight so if you have a few minutes tonight, you can click on http://www.mafmc.org/comments/unmanaged-forage and weigh in.

It is with sadness that fisherman and RI Saltwater Anglers Association member Walter “Wally” Krupinski was fatally injured in a boating accident near Watch Hill. Hailing from Stonington, Ct. he was 81, an Army veteran, lobsterman, commercial rod and reel fisherman and the Stonington Dock Master. Fate is so hard to understand when people are lost doing what they love and we offer our prayers to his family. His family is asking that any who wish to make a donation to send them to RISAA’s Take-A-Kid Fishing Day.

This week we meet Massachusetts musician and fly fisherman Zak Trojano. He writes complex, intricate, beautiful songs that help us see life a little differently because music, like fishing, speaks to people differently. Music can take us away from or bring us...
Keep Reading

The ritual of a new year's warm water baptism

It’s a cold weather, warm water baptism. Cleaning rods and reels, replacing hooks and snaps, swivels and rings is a ritual indeed but there’s more to it than trebles and pliers. Cleaning takes time, something some have more of when it’s cold. It takes patience to dig...
Keep Reading