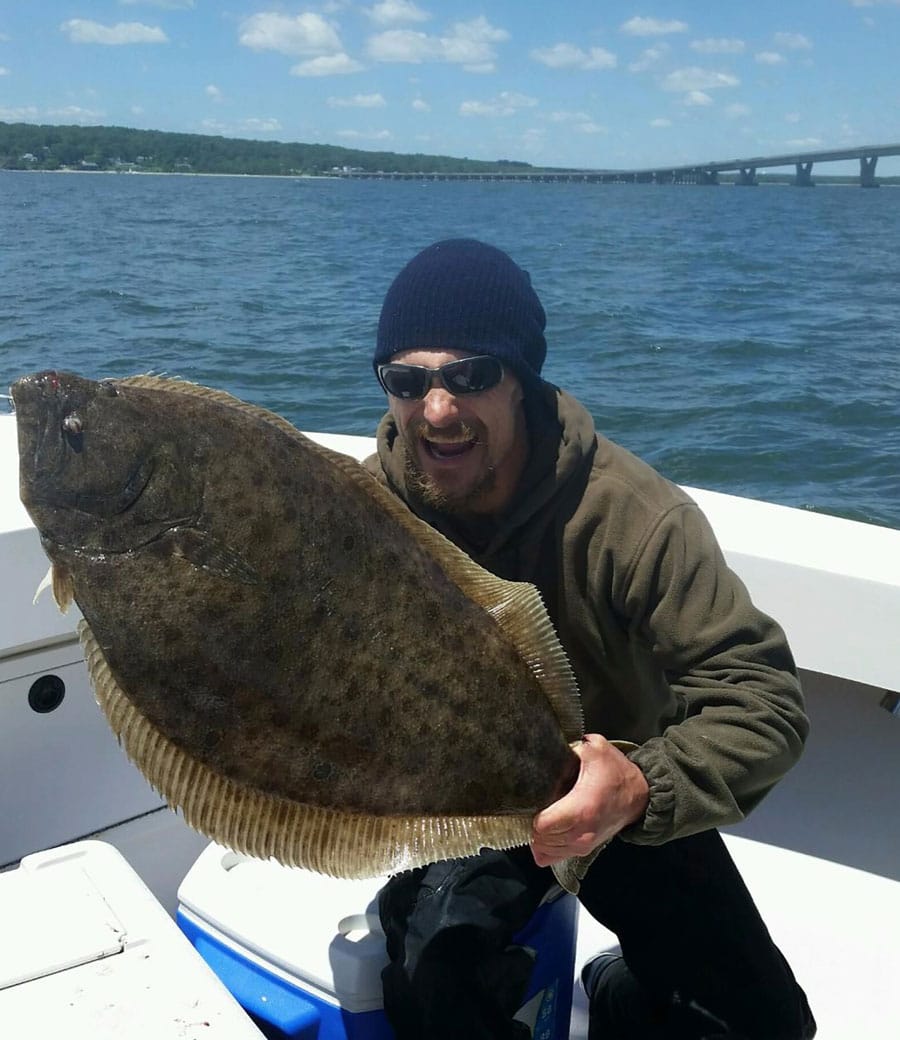 Josh Miller is making us all look bad.

Josh Miller knows fish, he hunts, he dreams of packing up a trailer and hauling himself back to Alaska, back to where everything is big and wide and open, where people live off the land and there are options for a smart guy. He also knows how to catch fish. Big ones. Josh was a fish guy at a fancy high-priced grocery store chain that does a decent job displaying fillets but a lousy job of keeping the people who actually know fish. Anyone can sit through a class taught by a little guy in a linen shirt with a fifty dollar greasy hairdo to learn a lionfish from an opah but guys like Josh, they don’t need a digital chalkboard and a bunch of Wikipedia talking points to tell them who’s dumb as hake in that room.

We all know someone like Josh who can’t get the seawater out of their veins. A lot of them have options ashore with Friday paychecks but either they work with us for a while and then give in or they flat out say “Thank You” and step back over the gunwales. We call people like Josh “fishy”, in a good and jealous way. Last week he was jigging around the Jamestown Bridge with a fellow RI Saltwater Anglers Association member, when they fell into a drift we would all like to find. It took some time to dial it in but after they had a few came over the rail, they started getting serious. In thirty feet of water, Josh landed an eight pounder that measured twenty-six inches after he landed a thirty-inch slab that weighed 11.82 pounds. They fell for strips of fresh squid.

To catch big fluke, squid needs to be fresh.

If you use other baits like bluefish, menhaden or even another fluke, they should be cut from the belly. Some guys will cut a small slice in the end to give it some flutter, some life as you tap it off the bottom. Spearing and shiners work well along with jigs; all those options are part of what make fishing for fluke so frustrating but so fantastic. You need to be flexible with your presentations, your baits and your drift. Then there’s the colored beads, in certain particular patterns and counts. You can skip the experimentation phase and get a few ThomCat rigs, perfected by a guy who knows his fluke and where to find them. His setups are a big seller at Snug Harbor Marina and they’re available in a few different styles and unless the bottom is barren, they produce. They’re best fished with bucktails like Spro’s and as Tom himself will tell you, something flashy.

Elisa Conti, the glasses and big fun laugh behind the counter at Snug Harbor Marina, sells fresh local squid and also makes her own Blue ‘Em Away rig for fluke which is smart, since color options makes all the difference. She also sells lots of Flippin’ Out Fluke Rigs with the reminder to keep your line scope to a minimum and “reel in often and start over lots!” Simple, right? The inside line is to keep the presentation gentle, use the smallest weight necessary to get your bait to the bottom without causing a scene.

If you want to catch your own squid, there are plenty around, although maybe not as many as there were during their first arrival last month. Local squid are typically of two species, Loligo and Ilex, also known as Northern Shortfins and can be found from Florida to the Sea of Labrador. Interestingly, they’ve never been observed mating in the wild, much like eels and those people on Naked and Afraid. Because they generally live for less than a year, they’re prolific spawners with females producing sacs with between 10,000 and 100,000 eggs each. During the summer months, shortfin squid feed primarily on small, juvenile fishes like haddock, cod, hake and sandeels in addition to cannibalizing their own. As they feed near the surface and at night, they’re prime targets for top of the food chain predators like us. Working bridge spans like the one to Goat Island in Newport or piers which have overhead lighting are prime locations to cast and work them back across the surface or vertically jig them as singles or in a series with dropper loops above the weight.

Squid have an amazing survival adaptation which allows them to squirt ink through special sacs near their gills. The ink cloud is full of melanin which means it can be expelled in small shapes that look a lot like other squid or to make up an instantly confusing cloud to blind to their attacker. It’s very James Bond-ish, to set up an underwater smoke screen then shoot water through the same vents and have an escape while the attacker is still looking in all directions.

Squidding is not supposed to be a high cost outing, you just need a medium to light pole with some 8-10# test mono spooled on a spinning reels, a five gallon bucket and a strong light source if you can’t park your bucket under a dock lamp. And a towel to clean up all that ink you know is going to get all over everything. Steve McKenna at Quaker Lane Bait and Tackle has a few recommendations for jigs and if you know anything about Steve, it’s that he has landed an amazing amount of fish and an impressive amount of really big bass. He’s one of those fishermen, like Josh, who doesn’t typically spend too much time bouncing around looking for fish, he understands where they are at certain times of the months and season. Steve said the Yamashita jigs seem to be what’s hot this season with no color or weight in particular fishing better than another which is good because based on the packaging, color is about the only thing you can understand when you pick one off the rack. Yo Zuri’s are also reliable jigs that seem to last more than half a season.

So, if you take anything away from this dissertation on squid and jigs, it should be that fresh is the only way to go, fluke are fickle, squid are there for the catching and this state is rich with fishermen like Steve and Elisa and Josh who not only catch fish, but share the details of their success not just their stories, which helps the rest of us look good.

Fish have us surrounded. There are fluke to the south and east, blue dogs in the dump, pogeys at the mouth, bass on the ledge, largemouth on their beds and blues all around. If you have any personal days left, this is the time to cash them in. If you have any sick...
Keep Reading

March is a lovely month. Spring breezes stir the ocean, energize the daffodils and rally the laundry to dance on our clotheslines. Bursting with changes, March is all about a reawakening of our senses and our waters, for fishermen two things deeply intertwined....
Keep Reading

This week we’re turning the ship around to face a few of you, to hear what made 2018 special or maybe fantastic. Some folks landed the trout they dreamed of, some couldn’t get their math straight, some were just happy to get out and fish with their friends. In no...
Keep Reading

Mustad Legacy Combo Series rods and reels will save you time and money so you can have fun catching more fish with the family. Everyone wins with these affordable, well built color coded setups when we spend less time organizing and way more time taking pictures to last a lifetime. Yes, everyone wins.