Narragansett Bay has again tested positive for a toxic algae bloom. The presence of Pseudo-nitzschia spp diatoms and domoic acid, which causes amnesic shellfish poisoning, has forced RIDEM to close much of Narragansett Bay to the harvesting of shellfish. This is the second outbreak and bay closure this month but unlike the prior event, this includes carnivorous snails such as whelks and moon snails.

“Based on preliminary findings in lower Sakonnet River and the East Passage of the Bay, the lower West Passage of the Bay has been closed as a precautionary measure”, said Rose Amoros Jones, RIDEM’s Chief Public Affairs Officer. Harmful Algal Blooms are a result of several different species, are more often detected on the coast of Maine and are uncommon in Rhode Island. The first lethal concentration of Psuedo-nitzschia happened in 1987 when three people died from eating mussels.

Domoic acid can be held in the guts of hard and soft clams, mussels and oysters. Consuming affected shellfish can result in serious negative on humans, including short-term memory loss, comas and death. This new closure extends north of a line from The Sakonnet to Point Judith roughly to just south of Quonset Point eastward to Jamestown and DEM has created a webpage for updates on closures and infected areas at www.dem.ri.gov/shellfishclosure. They also have an automated phone recording at 401.222.2900 with similar information. Outbreaks of HAB’s and the norovirus like Wellfleet is currently experiencing, can kill consumers and cripple shellfish companies. One positive note from these closures is the effectiveness of the state’s testing program.RIDEM and the Department of Health have done an outstanding job being proactive keeping us and our marine environment safe.

One the freshwater front, Paul Beaulieu, Trout Unlimited’s Massachusetts and Rhode Island Council Vice-Chair, was recently interviewed on New England Public Radio. He spoke about our persistent drought conditions and its effects on cold water fishes. Droughts negatively affect rivers and streams with low water height, lack of recharge from feeder brooks and lethal water temperatures. Lack of sufficient coverage will also reduce access to spawning areas for species like trout. Some states reeling from months without rain, like California, are imposing fishing bans on rivers in an effort to protect fish in fragile sections. You can listen to this podcast at

If you have interest in Trout Unlimited’s work to protect cold waters and our access to them, there are 2 Rhode Island chapters. Narragansett Chapter 225 meets on the last Wednesday of the month at Coventry-West Greenwich’s Elks Lodge. Social hour, a key element of any meeting, starts at 6pm, and meetings at 7pm. Northern RI chapter 737’s next meeting is November 8 at 7pm where Rick Little will give a presentation on his trip to Labrador City and Northern Quebec at the East Smithfield Public Library on Esmond Street.

The RI Saltwater Anglers will hold their next meeting on November 28 at 7pm. You can attend a meeting for free as a guest of a member and with the demise of their prior location, meetings are now held at The Villa in West Warwick. Captain and writer Dave Monti will talk about catching fluke as the season draws to a close and tips for preparing rigs and baits for next year. RISAA is a strong and positive force for recreational fishermen with some 75,00 members. Membership helps support their many charitable causes in addition to their tireless work and solid relationships with state agencies to support and protect our rights and access. Meetings feature timely guests, seasonal charter trip raffles and plenty of time to catch up with friends over dinner if you wish.  Despite what Groucho Marx said, memberships in local and national fishing/hunting groups supports our fisheries, our waters and most importantly, our positive outlook. 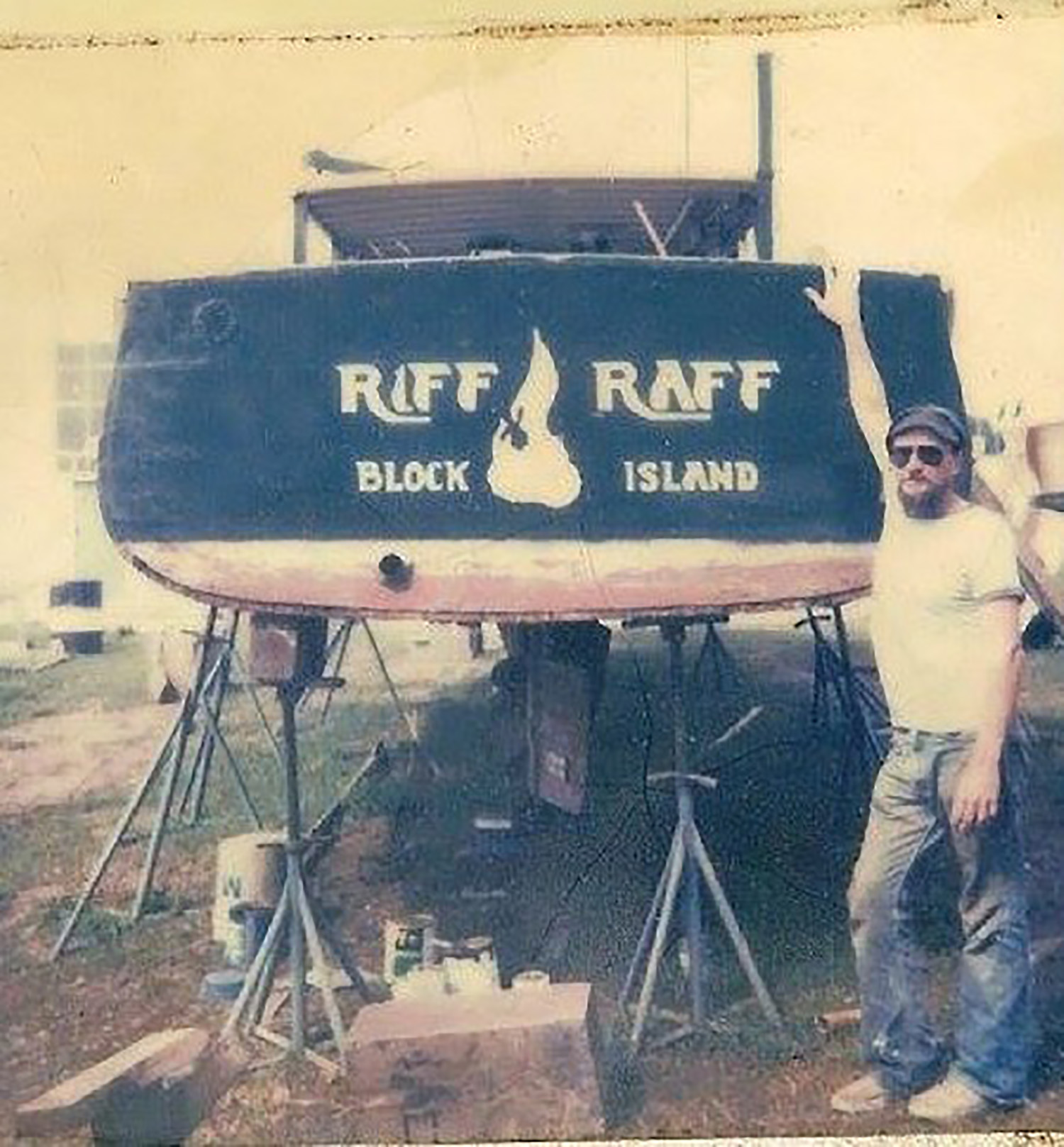 Finally, Jimmy Gritman has been laid to rest.

Jimmy spent many years on Block Island fishing, painting houses, driving a cab, playing that rock & roll and raising a little hell. His years out there were memorable and he was well loved by many, especially when playing drums in The Island Band. Jim had been around and knew a lot; he was a character and a good man with plenty of stories. Many years ago I worked on Jim’s painting gang, never tiring of hearing his tales of riding Harley’s and “doing some business”  back in the day. He taught me to figure out how to do something, like painting a window sill then learn to do it fast but always well. A short lesson like that sticks with you and I think of him often

If memory serves, it was at Jim’s suggestion one afternoon that I leave the job riding a wheelie on my own Harley, which is foolish for all sorts of reasons. The front wheel never left the ground, the bike went hard to port then crashed down quite quickly and awkwardly. The following day I experienced an unfortunately thorough  deeply personal examination on a Westerly Hospital bed after tearing everything I own in places no one likes examined in a roomful of white coats.

It would take countless hours leaning on the The Beach Head bar rail drinking countless more Budweisers to retell just some portion of those great Jim Gritman stories. His spirit would make the room laugh, with a steady background drum beat, until we laughed so hard we cried for his antics and his passing. We are all sorry to see you go, Captain Jim; see you on the other side.