Bay Scallop Season & the Bright Green Lawns Which Destroy It

Saturday last opened another sagging season steeped in stories of great harvests, piles of bushels of glistening shells and an aging promise of a paycheck by noon.

While the fleet worked hard October bottom offshore, baymen rowed dories and sailed skiffs to drag dredges with rusty iron teeth meant for scanning sandy bottom teeming with shellfish that swim. The season was a savior for working men and women who relied on some endless bounty but history shows natural cycles, habitat degradation and the heavy hand of man all pressed on a tiny mollusk, the bay scallop.

Through the years, specific populations dwindled for various reasons, leaving generations only remembering harvests, motoring past űber-developed shorelines stamped with cement footprints crushing fragile wetlands, erasing crucial dunes, unloading nitrogen by the ton. More important than the second Tuesday in November, the first Saturday in November is the opening of bay scallop season. As with the sea scallop, Placopecten magellanicus, bay scallops sense winters approach with her falling water temperatures and start producing glycogen. This energy loading is sustenance through seasonal food variances when internal efficiency is a key to survival. Sweet glycogen loads adductor muscles with flavors while the structure creates a texture like butter; there exist few New England treats like catching and eating a fresh raw bay scallop. American’s tend to solely consume the round opaque center while gourmands and Europeans find pleasure in the surrounding viscera. Like many good fishermen, bay scallops require privacy, don’t appreciate touching other scallops and need room to move. To protect such short lives of just eighteen to thirty-six months, they can only be harvested as adults exhibiting a clear dark shell line, a tell-tale sign of spawning. Interestingly, they are hermaphroditic, meaning they carry both sex organs.

Rhode Island once enjoyed strong scallop harvests but it’s been decades since characters like a young Tommy Williams and Pat Heaney sailed a skiff around Point Judith Pond to fill orange baskets, laughing all the while at their good lives and fortunes. One’s now moved away and one has left us forever. It has also been decades since we enjoyed one of those memorable harvest season, for a myriad of reasons. Over the years, several agencies have written just the right words to take grant monies for scallop restoration projects but most often they result only in large scale green crab feeding events paid for by taxpayers. 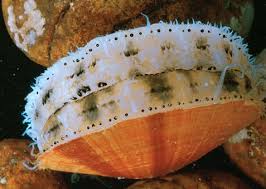 Lowly bivalves they are not. Unlike their sessile cousins the oyster, which remain on the bottom consuming plankton, detritus and heavy metals, bay scallops can move at will for food and survival. With upper and lower shells, or valves, rhythmic repetitive opening and closing takes in then expels charges of seawater, creating a magical propulsion. Nature has also blessed them with more than forty turquoise eyes for detecting changes in light, as when a hungry crab or dip net may be approaching and possibly also for “seeing” food. Bay scallop eyes have adapted to low light conditions by developing an internal mirror for bouncing images against two retinas in cooperation with a cornea, optic nerve and lens. Fantastic.

Buzzards Bay enjoyed and depended upon annual fall harvests through the 1970s and 80s of around 70,000 bushels but that zeal, combined with the expectation of taking and some now painfully obvious social and environmental indicators, have reduced that average to a mere 1,500. One researched estimate on the Martha’s Vineyard bay scallop harvest has it in a decline of 80-85% since the early 1980s. Writer Peter Matthiessen noted in Men’s Lives, that in an age of sail and oars, “by 1873, five thousand bushels were taken in one season from Peconic (Bay)” on Long Island. Today, the commercial limit is ten bushels per day and for recreational harvesters, a paltry single. Here in Rhode Island, the harvest has been in precipitous decline since the turn of the century when Greenwich Bay was the fisheries epicenter with scallops thriving out to thirty-five feet, as was observed by Ernest Ingersoll in his 1887 letter to the US Commission of Fish and Fisheries.

For the next few weeks we can harvest with dip nets restricted to a recreational harvest limit of one bushel per calendar day but few bushels will be found in local ponds. Many of the hopeful will use a homemade wooden viewing box with a glass or plastic bottom window, meant to be held on the pond’s surface, affording clear views of the bottom and scallops tucked into grass beds.

A singular cause of drastically declining stocks is right in our own very green and bright white backyards. Bay scallops need protection, they need shelter. As tiny spat, they adhere to marine eel grass fronds with thin strands of byssal thread for natural color camouflage from predators like crabs, sea stars and fish as well as for direct access for filtering phytoplankton. All those big houses trimmed in “Hey, Look At Me Outside White”, the ones with fine lawns of thick manicured grass sloping right to the bay, thoroughly soaked with nitrogen-based fertilizer to support canvas cocktail party shoes and beliefs that turfing Nature’s intentions for habitat and sustenance is the best decision, well they are polluting our waters and contributing to the demise of bay scallops.

All that there means over fertilized lawns are totally preventable factors of a sad equation which equals the state of our state’s bay scallop harvest. Roadway runoff, septic failure, over-fishing and destruction of salt marsh habitat are also factors but certainly one very easy step to help reverse such obvious decline is to mitigate fertilizing lawns with nitrogen based products. Or perhaps stop building houses right tight to shorelines where once thrived eelgrass or coralline red algae beds supporting all those magical bivalves we tell stories about today. Perfect green grass pouring over shorelines represents ignorance not affluence.