Tautog season looks to be winding down but false albacore are speeding through our shores. Albies are part of the mackerel family and beloved for their speed and power. Like tuna, they have no swim bladder so are in constant motion and will corner bait where there exists structure and moving water. Inlets, breakwalls and rock structures make perfect ambush points while also giving shore fishermen a chance at landing one.

Fishermen will do well to use imitations of sand eels, silversides and bay anchovies. Fly fishermen target them with nine weight rods, epoxy flies and Clouser Minnows

paired with eight foot leaders and 15 pound tippets. Soft plastics have forever changed spin fishing for albies with the invention of the Slug-Go’s and Zoom Flukes. A four inch, unweighted plastic tied to a ten pound test line and twenty pound leader will swing well from a seven foot rod to keep up with these fast fish. Albies have rounded teeth so there are no sharp edges to break off leaders. They won’t be here for long.

Stripers and big bluefish continue to feed on pogies all along the Narragansett sea wall, south to Monahan’s dock and all the way to Watch Hill. The Narragansett Town Beach area has been producing fish up to keeper size from the corner where sand meets granite and from higher perches at street level. Catching a striper from twenty feet up is impressive but requires a similar sized gaff to hoist it up. 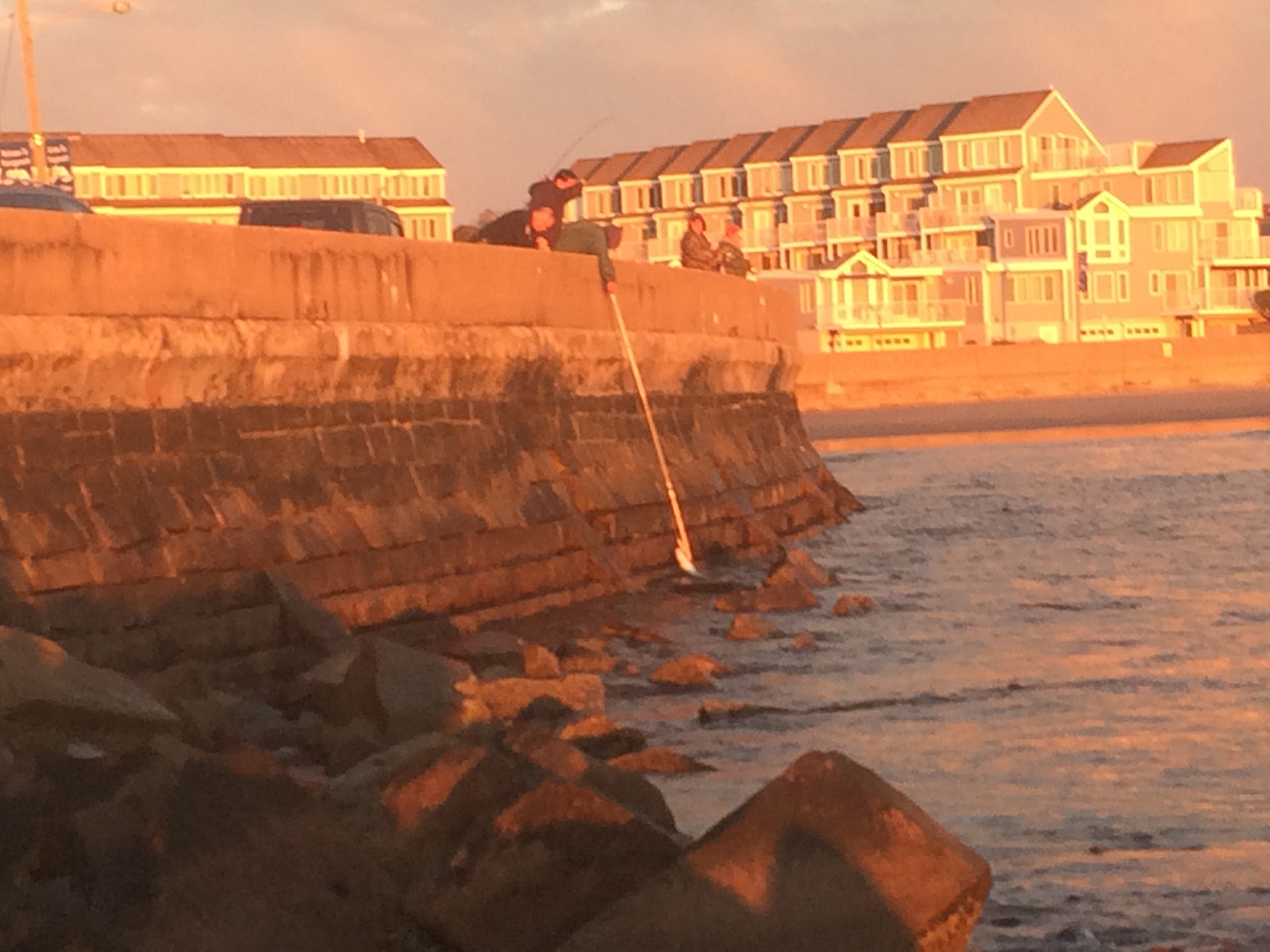 Watching from the rocks one morning, it made me question how the anglers and cohorts determine if the bass is legal before they impale it with giant hook. Winter’s approach and a few cold nights will quickly give stripers the hook as they are called for warmer southern waters. Look for the Charlestown breachway and The Narrow River to really start receiving stripers who decide to overwinter here. Ponds like the Pettaquamscutt hold some smaller baits along with herring and white perch so there are decent feeding options for bass right through to spring.

For gunners, shotgun season for deer will start on the first Saturday in December and run until the third Sunday in most places. Block Island has its traditional season well underway and if you decide to head out there, you will need written landowner permission and lots of understanding about how the topography works out there.

The journal Science Advances, http://advances.sciencemag.org/, has published some research which addresses why seabirds eat so much plastic garbage. The theory is that plastic releases a smell which seabirds, like shear-waters, believe is food. Plastic seems to emit an olfactory chemical signature similar to a sulfur smell emitted when algae is consumed by krill. Many seabirds eat krill and so the hypothesis is that if there exists plastic degrading on the sea surface, foraging birds will take it in as dinner. This idea comes from researchers at the University of California, Davis who studied why plastic ingestion seems to be higher for tube nosed shorebirds, which rely heavily on their sense of smell to locate food.

An interesting hook here is that they deployed anchored mesh bags of three types of plastic beads, polypropylene, low-density polyethylene and polyethylene into Monterey and Montego Bay, California. The plastics were later taken to the University’s Department of Viticulture and Enology, an area known for studying the flavors of wine. The end result is that those plastics released the sulfur compound dimethyl sulfide which is also released by the algae.

As a note, researchers at UC Santa Barbara’s National Center for Ecological Analysis and Synthesis (NCEAS) with support from the Washington, D.C.-based Ocean Conservancy, have determined that we dump between 4.8 and 12.7 million metric tons of plastic into the oceans every year. Some of that garbage is floating in vast vortexes in all 5 major oceans while the majority rolls along the seafloor and much of it is single use plastics. Those numbers are a real call to support recycling. 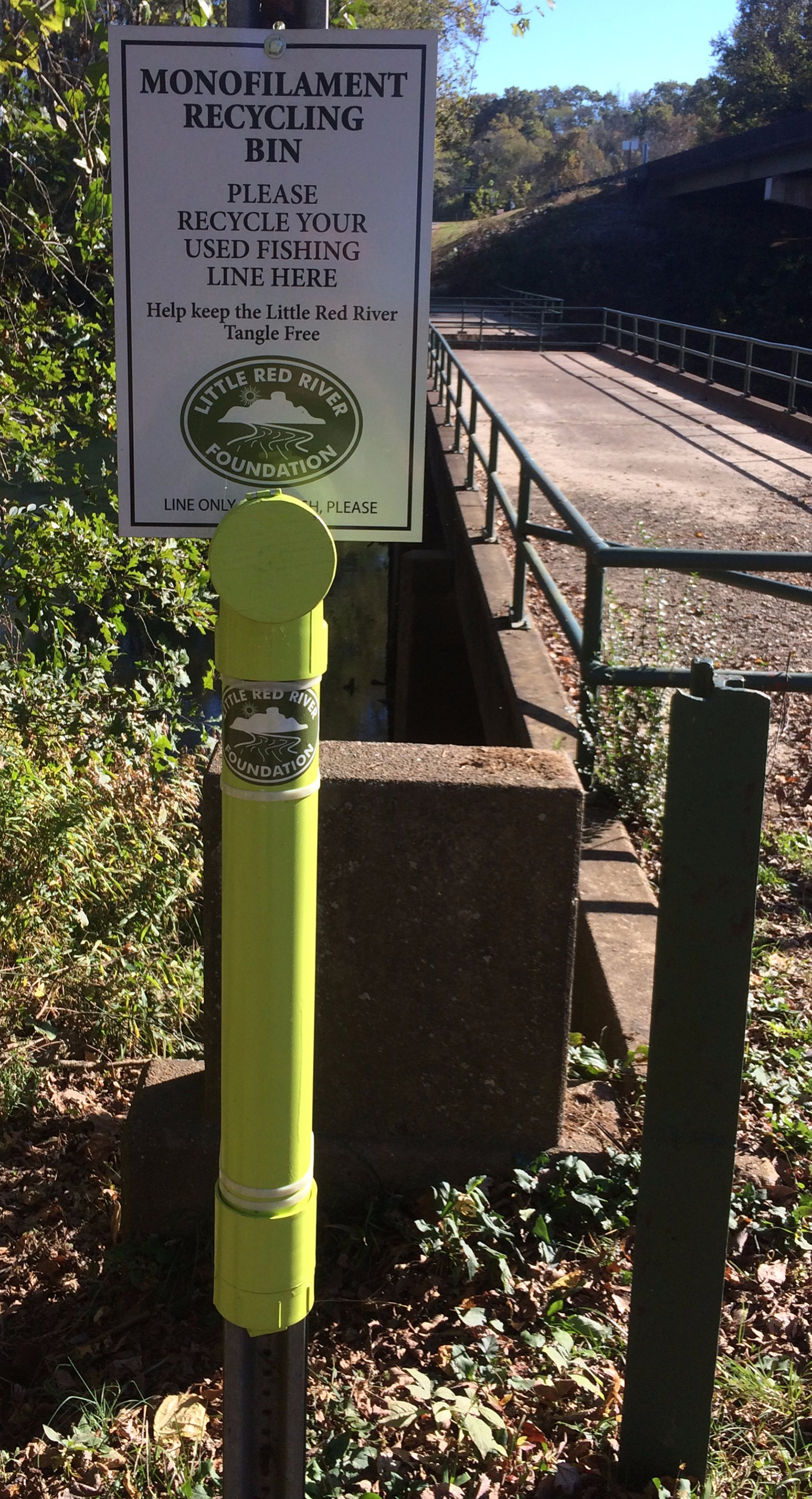 We can do our part by using the monofilament recycling tubes at many popular spots.

Our local chapter of Trout Unlimited is looking for new members.

We have pushed the fishing club angle here many times over the years and as all things are cyclical, the call is out to attract some younger fishermen with a desire to participate. TU has much to offer: the simple comradery of fishing with friends, monthly meetings to network, learn, teach and absorb in addition to the strength of a 150,000 member strong national organization bent on protecting the waters we and fish need to survive. Rhode Island has two chapters, Narragansett #225 and a Northern RI chapter, #737, both offer monthly meetings, regular outings, guest speakers and fly-tying sessions and philanthropic outreach which meets the mission of the national body. Check out www.tu.org to see what they are all about and if being a member suits you. Fall in Rhode Island means chasing albies, stripers, codfish, trout pheasant and deer with plenty of meetings to talk about all of them all year.

Mustad Legacy Combo Series rods and reels will save you time and money so you can have fun catching more fish with the family. Everyone wins with these affordable, well built color coded setups when we spend less time organizing and way more time taking pictures to last a lifetime. Yes, everyone wins.