From the Point St. Bridge to Middlebridge, We Find Fish

More catch up this week. The onset of cold weather has slowed the fishing and my knack for uploading columns in a timely fashion. Then again, it’s always fun to look back…

Thanksgiving, come and gone, has left a bit of void on the beaches. The big charge over the last few weeks has been south county shorelines where herring were plentiful and being consumed by late season stripers. Most guys, and by that I mean all anglers, not just those identifying as males, are reporting a change from “one cast one fish” to “pretty spotty”. Some bluefish remain in the upper Bay but like most other migratory species, quickly they are making their way south. Chilly nighttime temperatures, affecting surface waters, pushing fish and anglers away, are harbingers of long stretches of frozen air and ground. We know it’s coming.

Dave Henault at Ocean State Tackle reported a few bass and blues milling around the Providence area where they are wont to stay all winter. 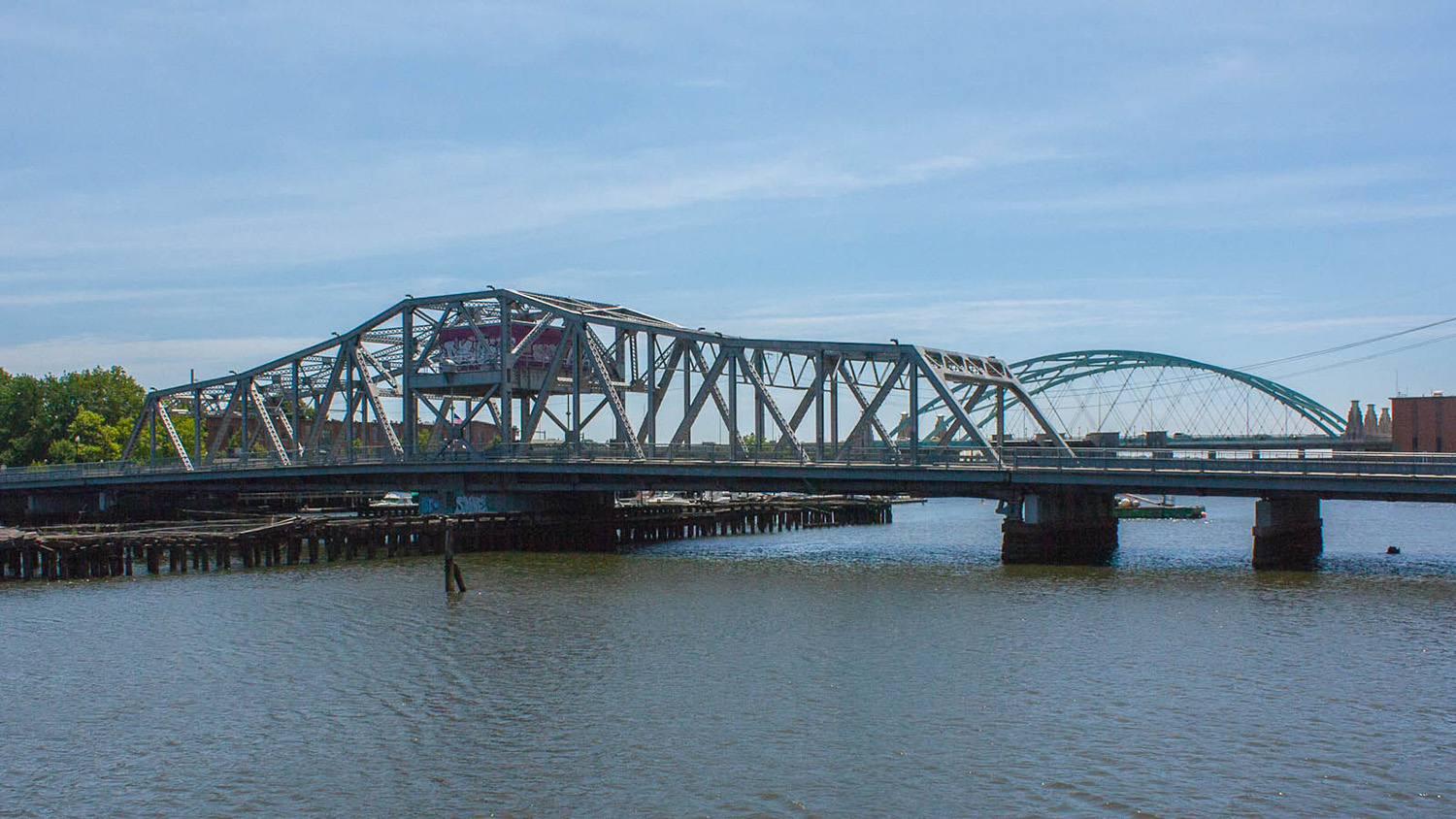 Weather and wind will determine whether or not they will show any interest in lures through the snow season. Seasoned fishermen know this change requires us to be inventive with spots and lures; a few degrees of separation in water temps will make a world of difference for where stripers will hold and the best advice is the low and slow retrieve. Some of his customers are still working on the tautog which have moved deep, with most being caught at around 65-70 feet with the bait of choice still green and asian crabs. Dave has taken to carp fishing under the tutelage of some close friends well versed in the specifics of hair rigs and sweet corn and with catches up to 28 pounds, we can expect to see much more of his antics in the following weeks. 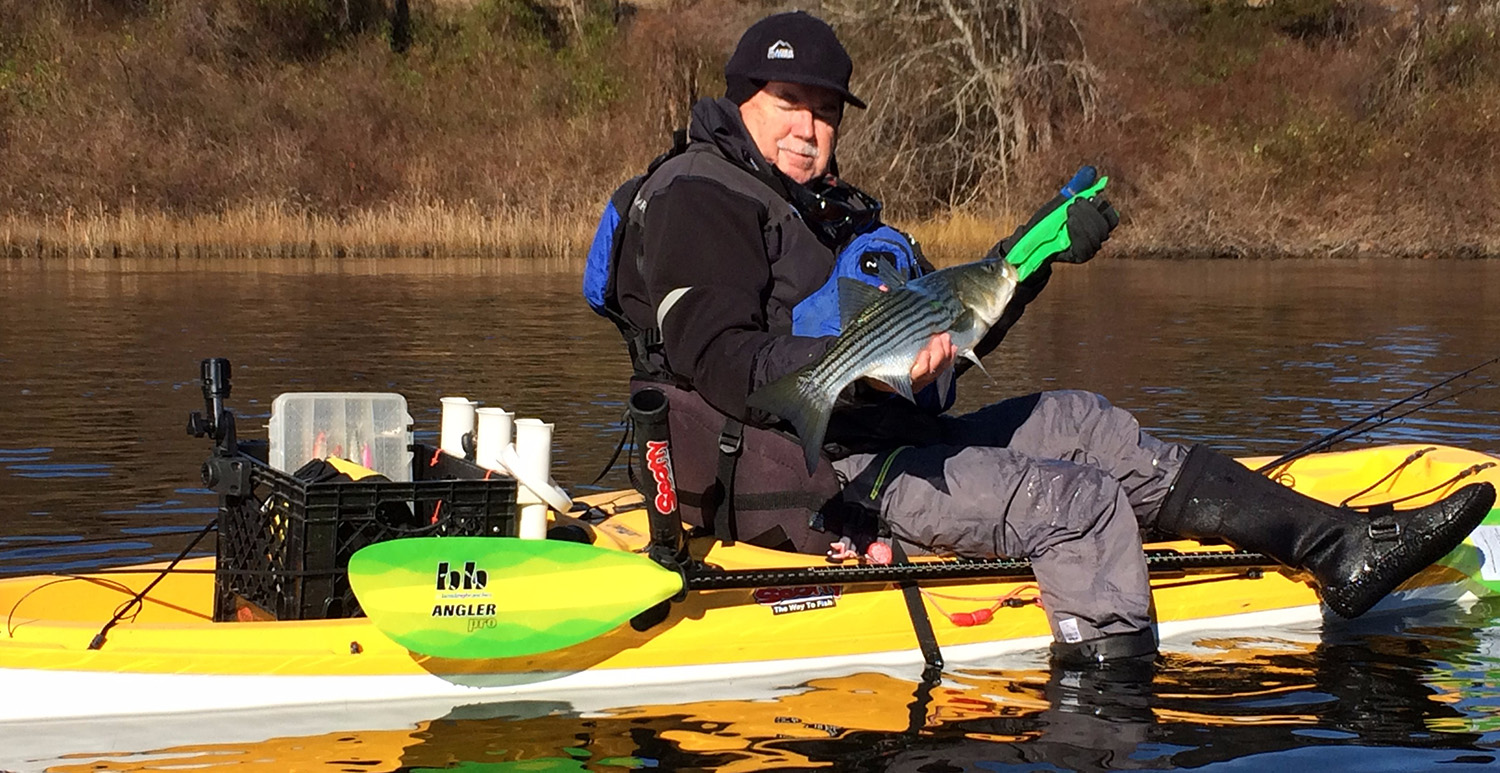 Captain Jerry Sparks of Northeast Boat and Kayak Fishing Charters has been taking his clients more to the west, around the Thames River to intercept migrating bass and blues. Using his go-to D.O.A lures, he’s been finding plenty of bass although in keeping with other fishermen, not much of any size.  Chasing down rumors of albies in the river last week, he managed to land 30 bass between two clients. “We had to work for them”, he added, noting that while they did land one close to thirty pounds, the majority of fish were schoolies.

“Most guys don’t want to be cold”, he lamented so his charter season is almost finished as people are focusing on wood piles and stoves. Captain Jerry reiterated the low and slow tactic, knowing striper metabolism slows with falling water temperatures so aggressive warm water line stripping won’t do much for your log book. He’ll likely pull his boat out in the next few weeks then focus on hitting rivers and shallow back waters and salt ponds from a kayak. Those elusive hungry winter stripers help maintain our fishing sanity until Spring floods, rich with sea lice and new stripers, restore our balance.

As beaches empty, those big bass swim right through New Jersey’s inshore waters, which is where busy business and family man Bill Merkler landed a sweet one. Trolling white and green spoons off Lavalette, he managed to boat a svelte linesider in the thirty pound range. Maybe more, maybe less, we’ll never know for sure, point is, the bigger bass are largely gone from our reach and are passing through the Garden State on their way to the Chesapeake.

Our best bet for stripers now are rivers and salt ponds. Lawrence Thompson, consummate outdoorsman who can find, catch, clean and cook all that our waters have to offer, has found shad in the rivers. Our local waters hold both hickory and American shad and there’s a big difference. Both are anadromous, a blast to catch, can be fooled with a 7 or 8 weight fly rod with beaded salmon or steelhead type flies and are members of the Alosa genus, like our favorite river herring. Hickory shad are all for sport as they’re bony and not meant for the cast iron pan. American shad, once known as the fish that fed a nation, are so tasty even Colin Kaepernick would stand for a platefull. Lawrence knows his fish and while certainly he’d rather be fighting a 50 pound bass, he’s all about being outside so if it’s a one or two pound shad that feeds his Casey Jones, then that’s just fine with him. 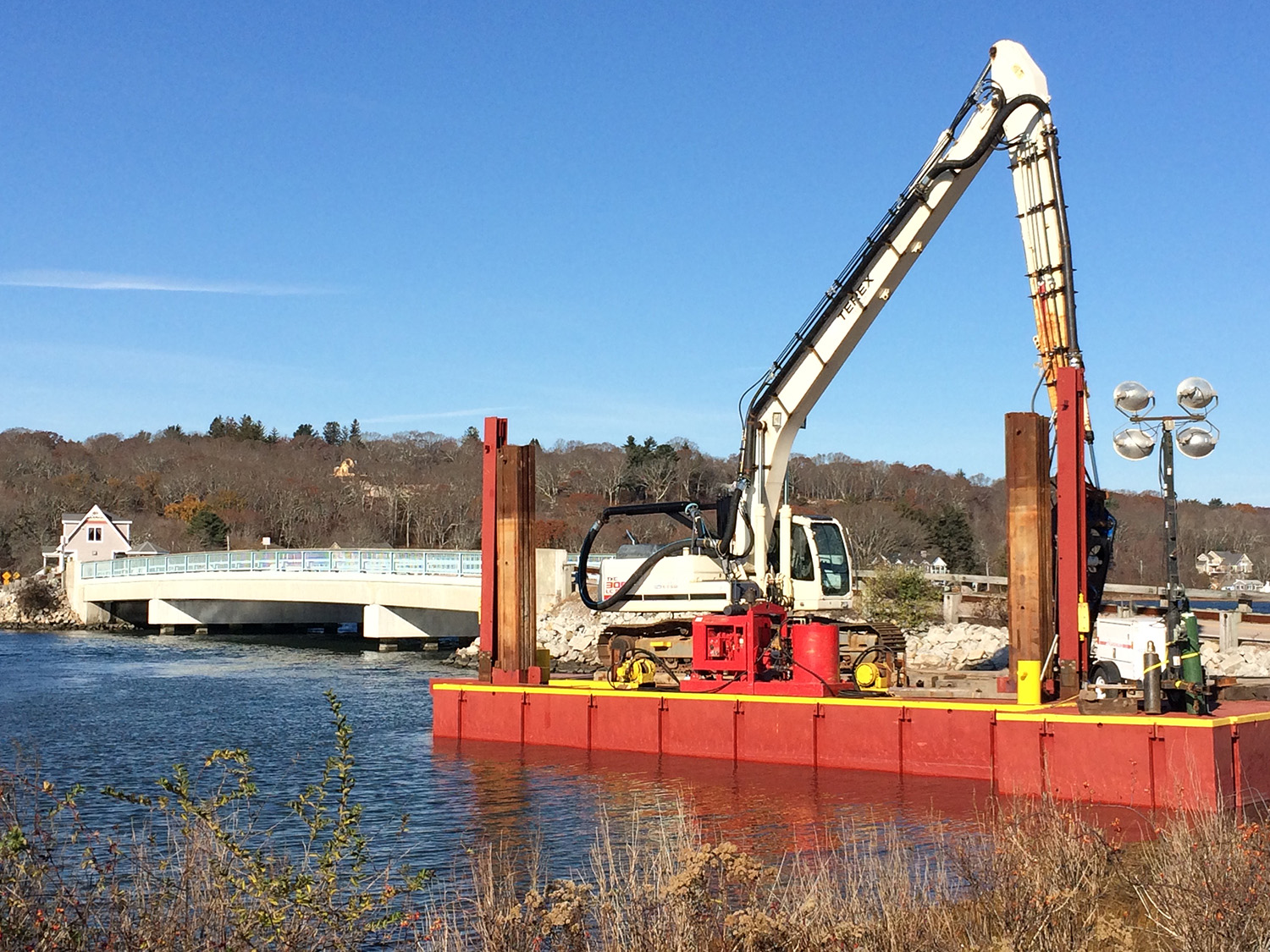 Over on the Narrow River, a $1.4 million project aims to dredge sections south of Middlebridge Road, then deposit the spoils onto existing salt marsh to raise elevations in defense is global warming, which I understand some impending leader has determined to be just weather.  Whatever the cause, this increase in height will hopefully protect them from detrimental effects of sea level rise which causes water to remain atop the marsh even during low tides. Grasses and other vegetation drown and we lose the natural buffering and filtering benefits of a healthy wetland. It will be interesting to see if the dredging affects typically decent fall fishing in certain areas of the river where existing eddies and impoundments tend to hold fish migrating up into Pettaquamscutt Pond. 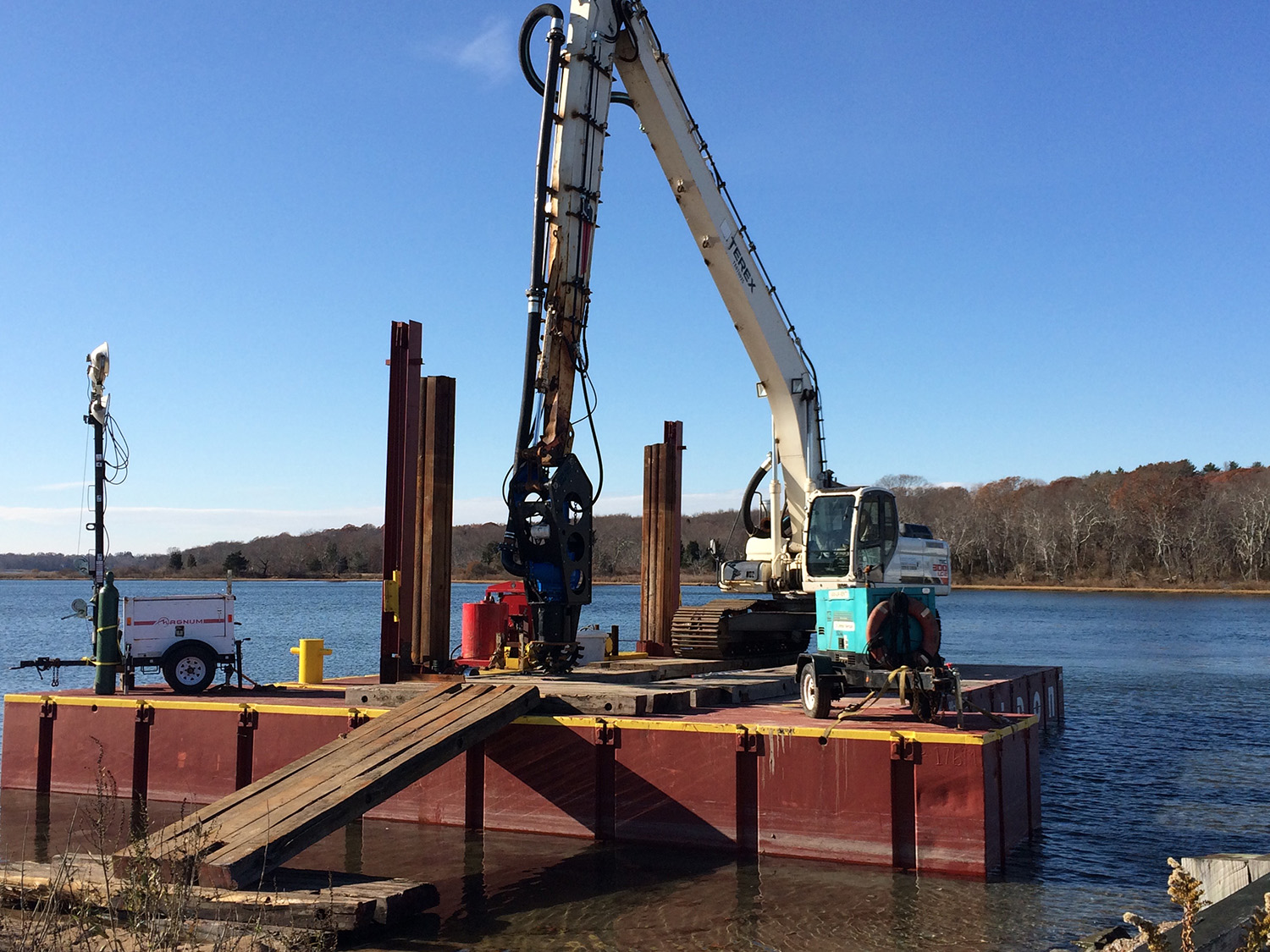 Since the silts and sands are meant to be captured and reused, hopefully little will ride incoming tides to our favorite cold weather spots.

With stripers and blues leaving us behind, it’s time to refocus on freshwater fishing, duck and goose season, calling happy dogs through tan fields for pheasant and dare I mention, ice fishing season. It won’t be long now, we know. 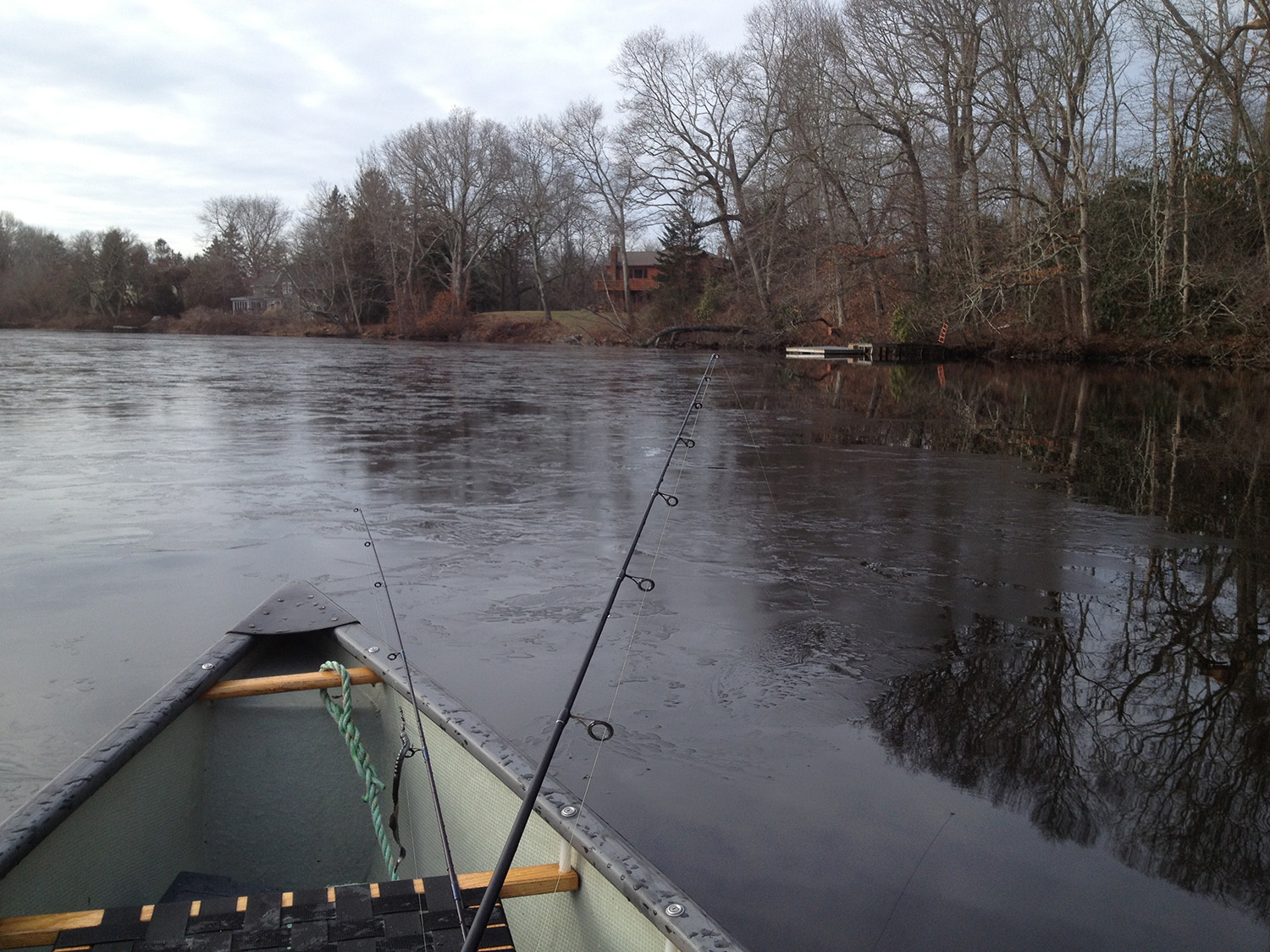 ready or not, here comes the ice