Pheasant season is a welcomed, classic celebration of fall.

In cut corn fields we walk for hours, stepping over sharp stubs trimmed for silage, pushing past bending brown stalks left for cover. We work brush lots thinned by frost and hungry deer with briers tearing at our knees, hoping to hear quick cackles before putting up ring neck roosters. Pheasant season means hunters working with their beautiful dogs, both happy as they might ever be.

For some, it also means celebrating the season with a continental shoot.

To experience the excitement and traditions of a proper English shoot, we met at The Preserve at Boulder Hills in Richmond, Rhode Island, where camaraderie is the day’s first order. Hunters meet for coffee, a full breakfast and introductions before choosing numbers and shaking hands with new partners. With a backdrop of misty sun shining through tall pines on a cloudless day, we drove carts to our starting pegs, all in careful circumference of the tower. 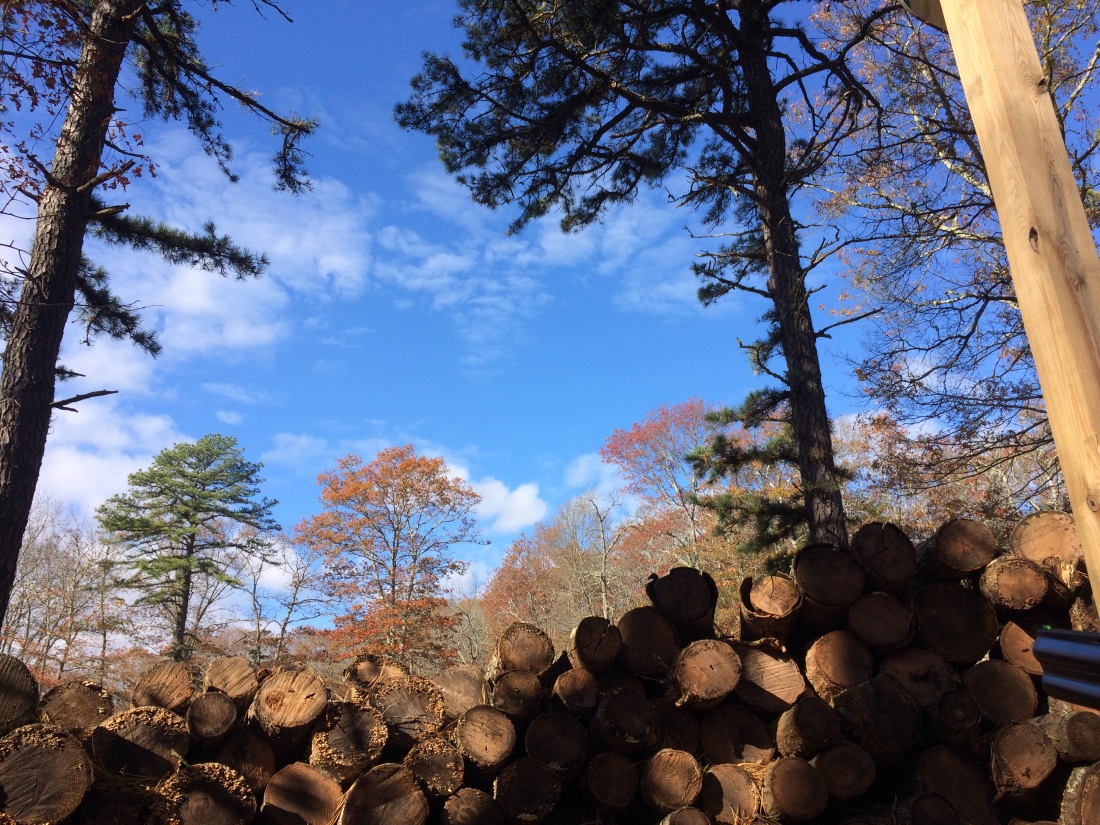 All twelve pegs at The Preserve have been thoughtfully positioned, including a warming station with a massive slab of rock supporting a dozen flaming oak logs to ward off the brisk bite of Autumn. Each is carefully walled with sawed timber, with two stands divided for angles and safety, each positioned for unique shooting experiences. Based on your angle to the tower, where birds are set free to glide, dodge or light in tall trees, opportunities vary. Peg number three offers a longer shot, number four faces west with perfect lines, number five gives you pause to look over an expanse of tall grass with a new hunting lodge at your back while this day, peg eleven put you in the sun’s harsh line of fire. From eleven, birds flew from left to right but right is difficult for those not accomplished in the art of waiting, swinging arms and setting the firearm only at the last moment.

Nature is just one of the challenges.

Lars Jacob, an expert in the efficiency of wing shooting and gunning in general, recommended leaving the breach open, shells loaded, until the right moment called. Birds have distinctive movements, patterns, indicators of redirection. Experienced shooters recognize those calling cards so they react easily with patience. Tom Keer, renowned outdoors writer and well-traveled upland game shooter, noted that a key element of shooting correctly was indeed the art of patient motion. Wait for the right presentation, wait for the light to be where you need it, wait to pull the trigger once, then again if necessary.

The smoothness of a practiced swing is easy on the upper body and ultimately improves your shot.

At each station, dogs of the highest training waited and whined with trainers and handlers. With names like Whiskey, Mako, Guinness and Laser, these dogs listened and learned for years to watch, retrieve and work on commands from hand and whistle.

Seaside’s Paint The Target M.H. is a gorgeous black lab who’s earned his post-nominal letters for the distinction of being a Master Hunter. Titles and letters are bestowed by the American Kennel Club to recognize for both dog and trainer. Small metal rings, worn around lanyards of dedicated handlers are a symbol of time, patience, understanding of expectations and achievements, of years spent in fields and woods, with both coming to know how to work together. Some names and titles, like HR Sunfire Beretta Silver Hawk of High Farms MH WCX, are longer and sure signs of great pride.

A bit of old school, self-imposed Catholic guilt seeped in as Guinness alternated his stare between the field and my position behind the wall. Guinness waited for me to raise and set my 12 gauge, Guinness needed a bird to fall and be retrieved but first he needed me to swing easily right, to work around the sun and lead just enough. These dogs thrive on the upland exchange, for the real shared thrill of shooting and retrieving. I could feel the stare and hear just a hint of whine over a tail wiping back and forth, rustling oak leaves like a metronome. It’s a surprising amount of pressure from a dog, but it’s real.

“If there’s lead in the air, then I’m happy,” said Tom Keer. A thousand birds were released as the sun worked its way west. Once all stations confirm individually by radio that hunters are ready, a horn sounds from the tower and guns can be loaded. It’s the shooters challenge to find angles and clear paths through the landscapes of trees, grasses and winds which dictate a bird’s direction and whether they race over, glide past or avoid your position all together. After many chances, the horn sounds again and shooters move to the next peg.

A rooster appeared just out of range and stayed there, high and left before banking, swooping down past my safe angle to take a shot. And then it landed, right next to me, on a hemlock branch I could almost reach. Situations such as this present a special conundrum: too close to shoot, too easy a target, too funny not to turn and laugh. He hopped and wobbled, cackled incessantly and flapped his wings. He looked around for a better option, which really was the only thing either of us could do.

“It was fantastic,” one shooter said, “I’ve never done anything like this.”

The hunt winds down, dogs are watered, fed and rewarded. Hunters loosen ties and unbutton tweed vests to download the day over passed hors d’oeuvres before a filling supper of fillet and lobster.

English shoots are a whole day experience of sporting traditions celebrated for generations. Here in Rhode Island, The Preserve at Boulder Hills ensured equal excitement for that upland exchange, with the tough cold air and lovely warm fires of Autumn. 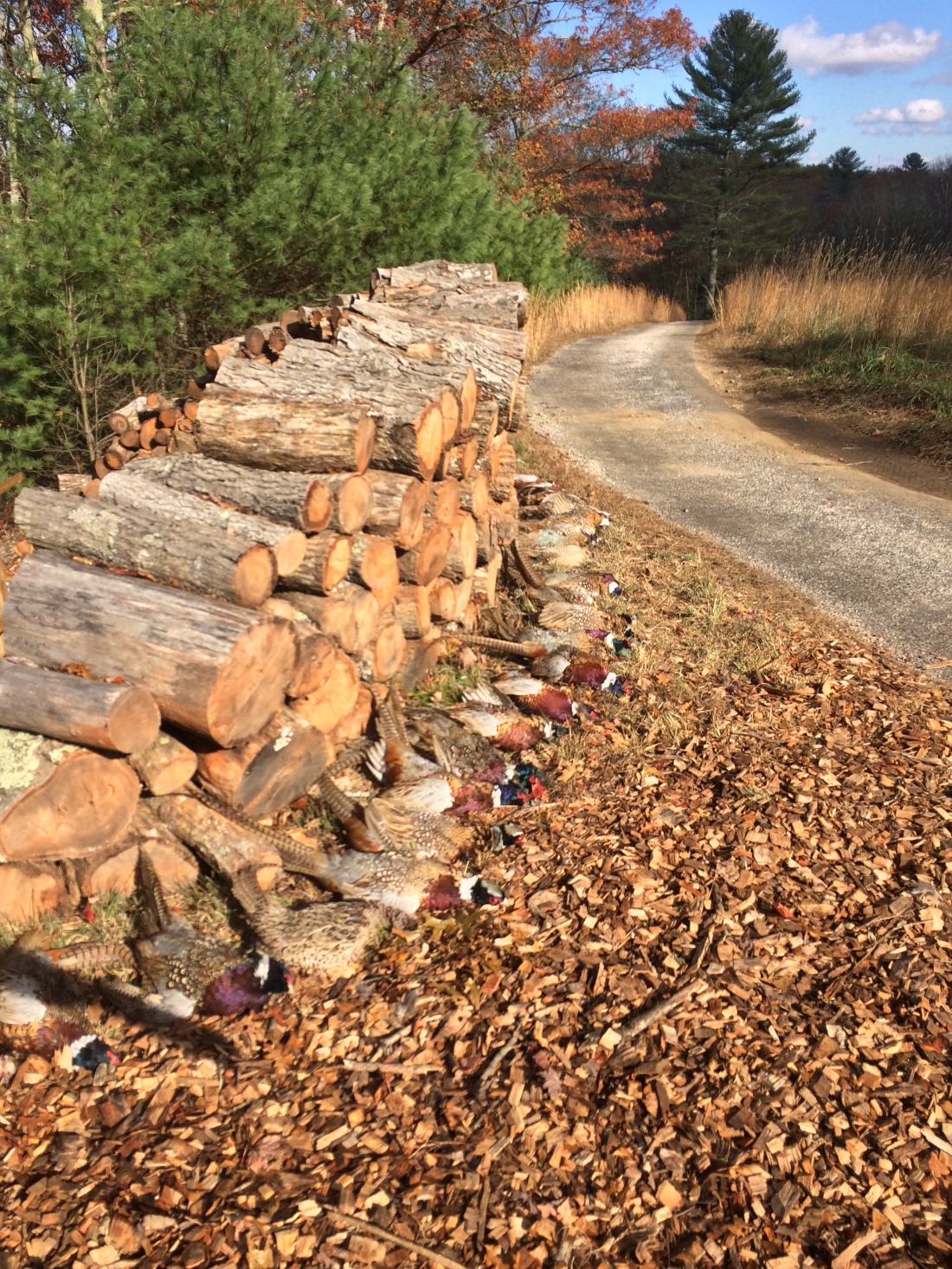 I'm a fisherman, occasional hunter, occasionally sarcastic outdoors writer and father. My weekly outdoors column, Fish Wrap, can be found at www.fishwrapwriter.com, read more at On The Water magazine as well! View all posts by Todd Corayer

The Sporting Shoppe at The Preserve is proud to sponsor The Preserve Fishing & Outdoor Report.  Seven days a week we broadcast new daily hunting, fishing and anything outdoors reports on ABC6 TV, WPRO 99.7 FM & 630 AM, WEEI 103.7 FM, KOOL 1180 AM and 104.3 FM and WJJF 94.9. Tune in to find out what’s biting where, what’s working for stripers and largemouth and who’s catching all the fish. Thanks for reading, listening and watching Fish Wrap.

How to read a box of fly line

How to choose the right rod to catch more fish

Braid, mono or fluoro? Here are the facts

How to rig a jig head on a 360 GT Searchbait