During this holiday season, there’s more than a few folks thankful for the scratches in their trucks.

Thanksgiving presented a multitude of options for sportsmen and even for those a bit more, well, indoorsy. Those in the know caught carp, perch, tautog and stripers while the patient sat in tree stands to take the buck for which they’ve waited years. A few went couch slouching, telling fish stories well past nap time, even when you knew the last boat they handled was full of gravy.

As a society, we’ve come to largely forget most real histories and stories behind the traditions we’re celebrating, using the down time to buy more electronics, clean the garage or blow piles of wrinkly oak leaves into the streets, ignoring the good hard work of the Highway Department. Thanksgiving, not just an excuse for inhaling carbs, ale and painful stories about our spouses before we married, presented a few well deserved days off for men and women who burn to be cold where stripers hunt and deer step quietly.

Here’s to the people get out there and scratch up their trucks. 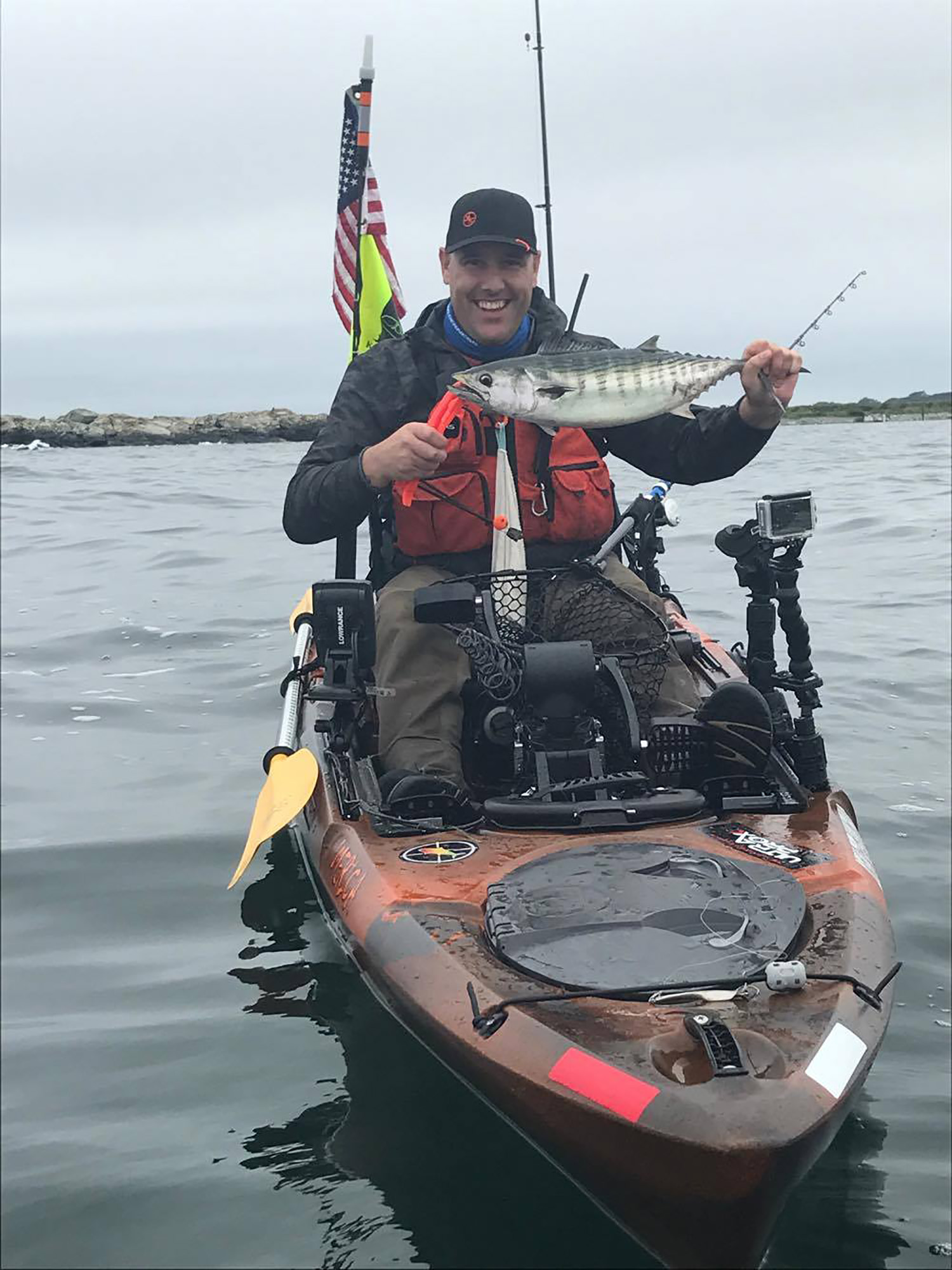 Tom Adams put his time in the outdoors and dressed out a beauty. Tom’s a family man, hunter, fisherman and all around excellent guy who eases back on his fishing when bow season begins. He reminds us there’s so much more to life than just the nine to five but as fisherman Mike Yarworth will say, you don’t catch fish unless you go fishing. Yogi would have been proud. Hours spent in a tree stand can be tough on the back, cold on the feet, brutal on the psyche. Tom relishes it. He waits and waits and grins and grins when nothing passes down the path, then he goes back and tries again. This year, Tom is thankful for a 190 pound, ten point buck he harvested the old fashioned way, with a bow. 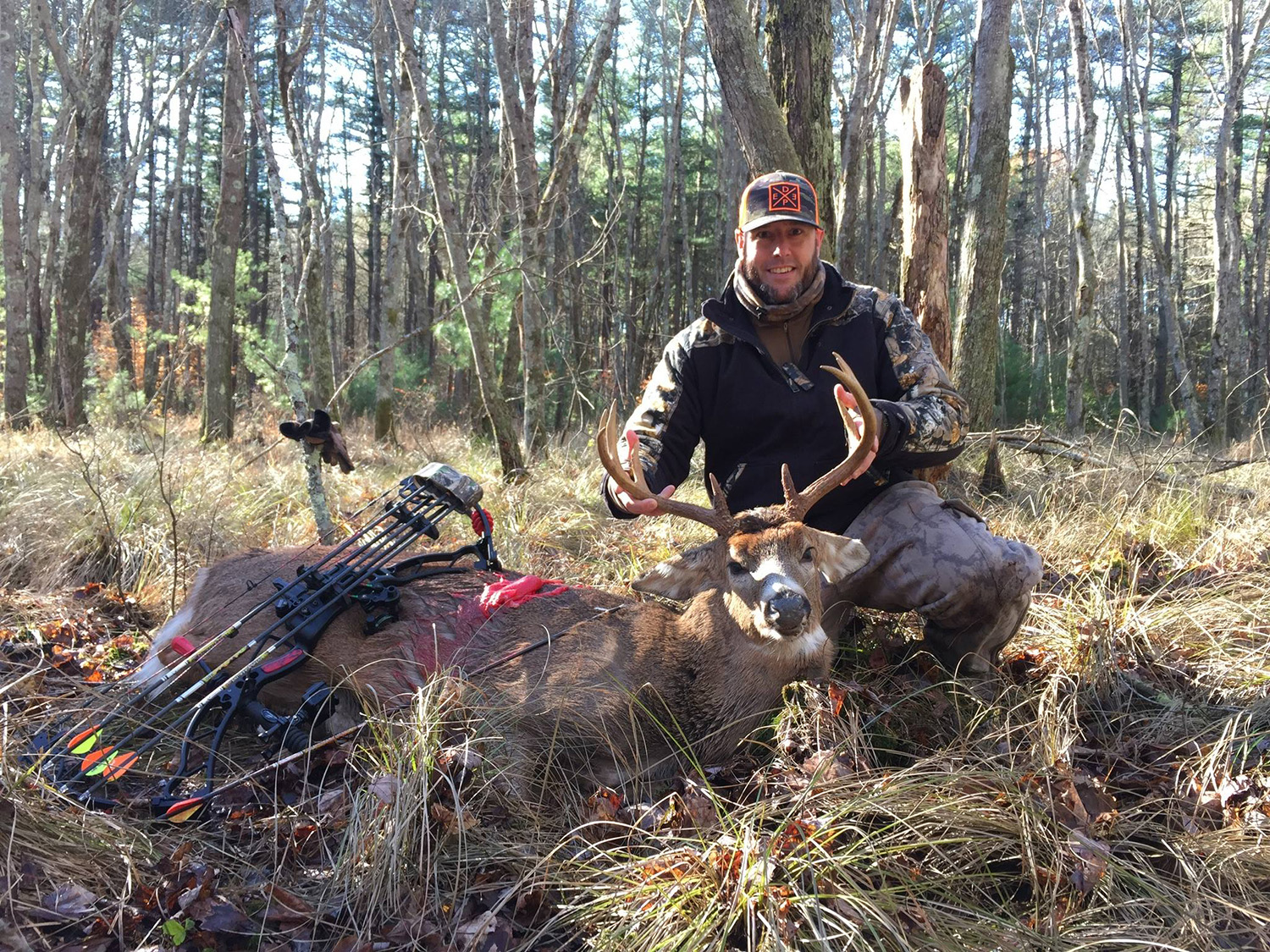 Tom Adams with his Thanksgiving buck

Early European immigrants, I mean Pilgrims, surely ate wild turkey during the original three day feast but so did most everyone back then. Realtree was still a few years away, as were potatoes and apples, so you can imagine how hard the actual original settlers worked to hide themselves from turkey’s exceptional hearing and eyesight. What they did eat was lots of venison from the five delivered courtesy of the natives so Tom’s continuing a fine and actual tradition. Cheers Tom Adams.

Ronnie Lippe is always thankful. Possibly you’re not familiar with Ronnie but that’s actually the plan. Years ago, in those dark days before phones played Grateful Dead videos and platforms weren’t social, we weren’t always connected, all the time. Ronnie bypasses the hype, works quietly and often alone, to find big beautiful carp in ponds we drive by blabbing on our fancy smartphones. While we’re washing cars, Ronnie lays a mat down on wet earth to keep fish safe while he measures and gives thanks. This Thanksgiving, I suspect Ronnie was grateful for his understanding, baiting, catching and respecting so many amazing fish as well as the 22.13 pound common carp that fell for his special maize recipe. Funny how the more things change…Cheers to you, Ronnie Lippe. 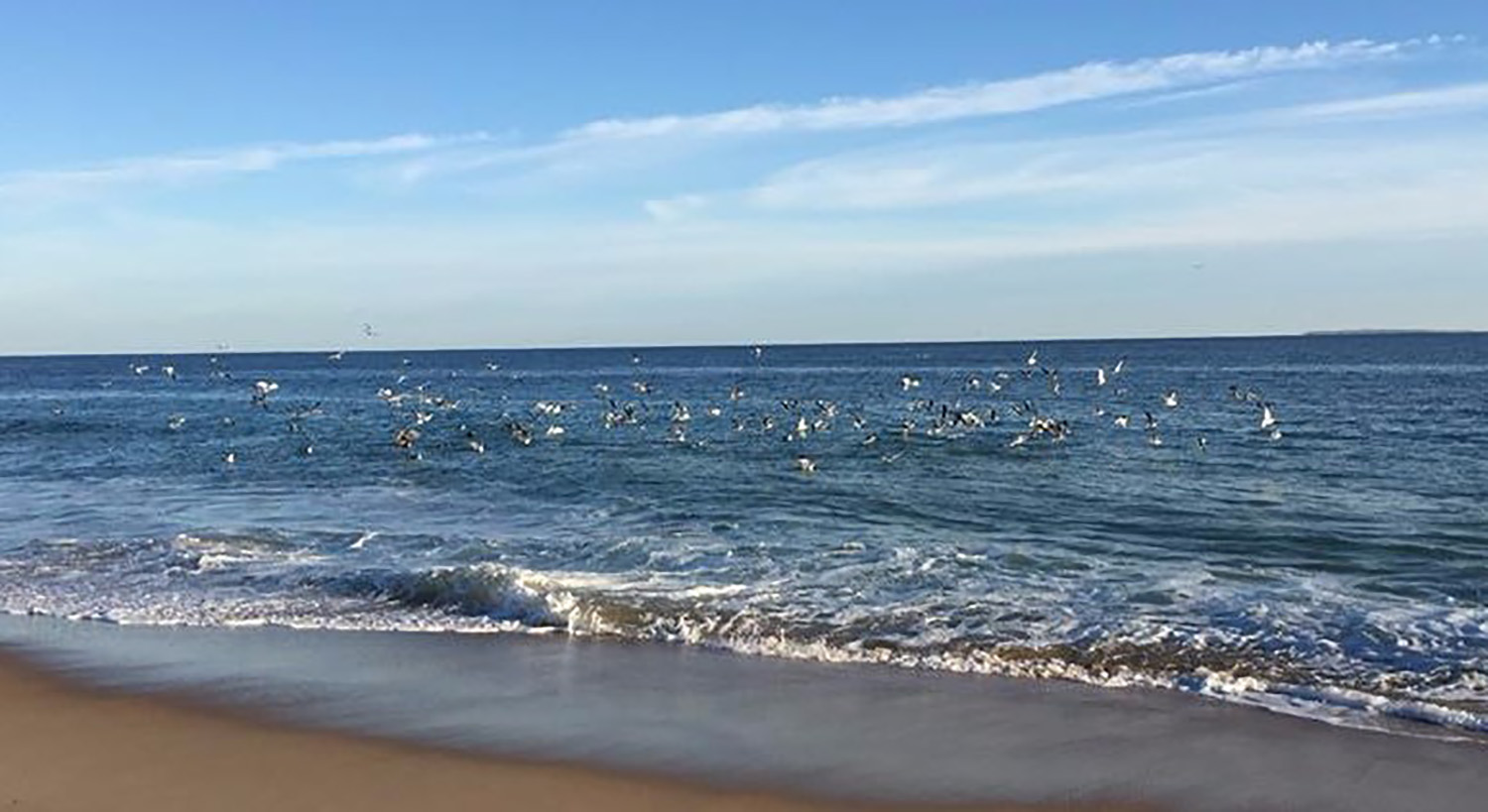 Lawrence Thompson finds the birds the bait and the Thanksgiving stripers

Lawrence Thompson walked a cold holiday beach and was rewarded with schools of birds letting him know where the hot water was. So very New England, to be focused on last chance bass with the risk of a beach empty on both sides. He caught and released thirty stripers that morning, then gave thanks to his friends and family.

Cheers to you Lawrence. 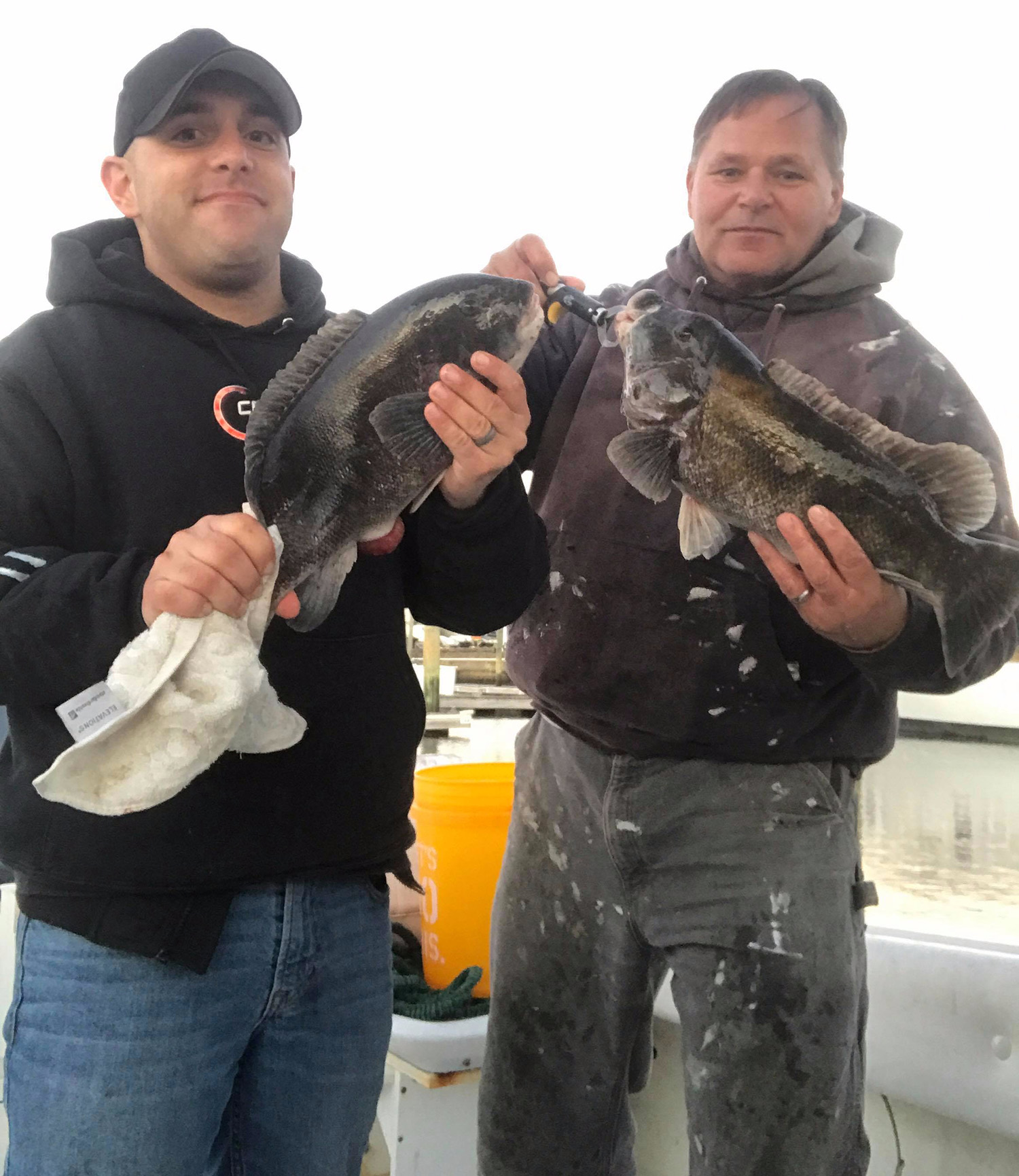 Brian Hall and Chip Parker with a nice pair of tautog

There were more thanks to be had off Breton Reef where Brian Hall and Captain Chip Parker hauled in the tautog, left over right. With water temperatures holding hovering around 51F and seas calm, the two could not have wished for a better day under clear skies. Jigging green crabs in 60 feet of water, Chip seemed to find the bigger fish but Brian has enough local knowledge to catch a boatload on his own  and was just glad to be on board for a perfect day. Cheers to two friends, ideal conditions and lots of reasons to give thanks. 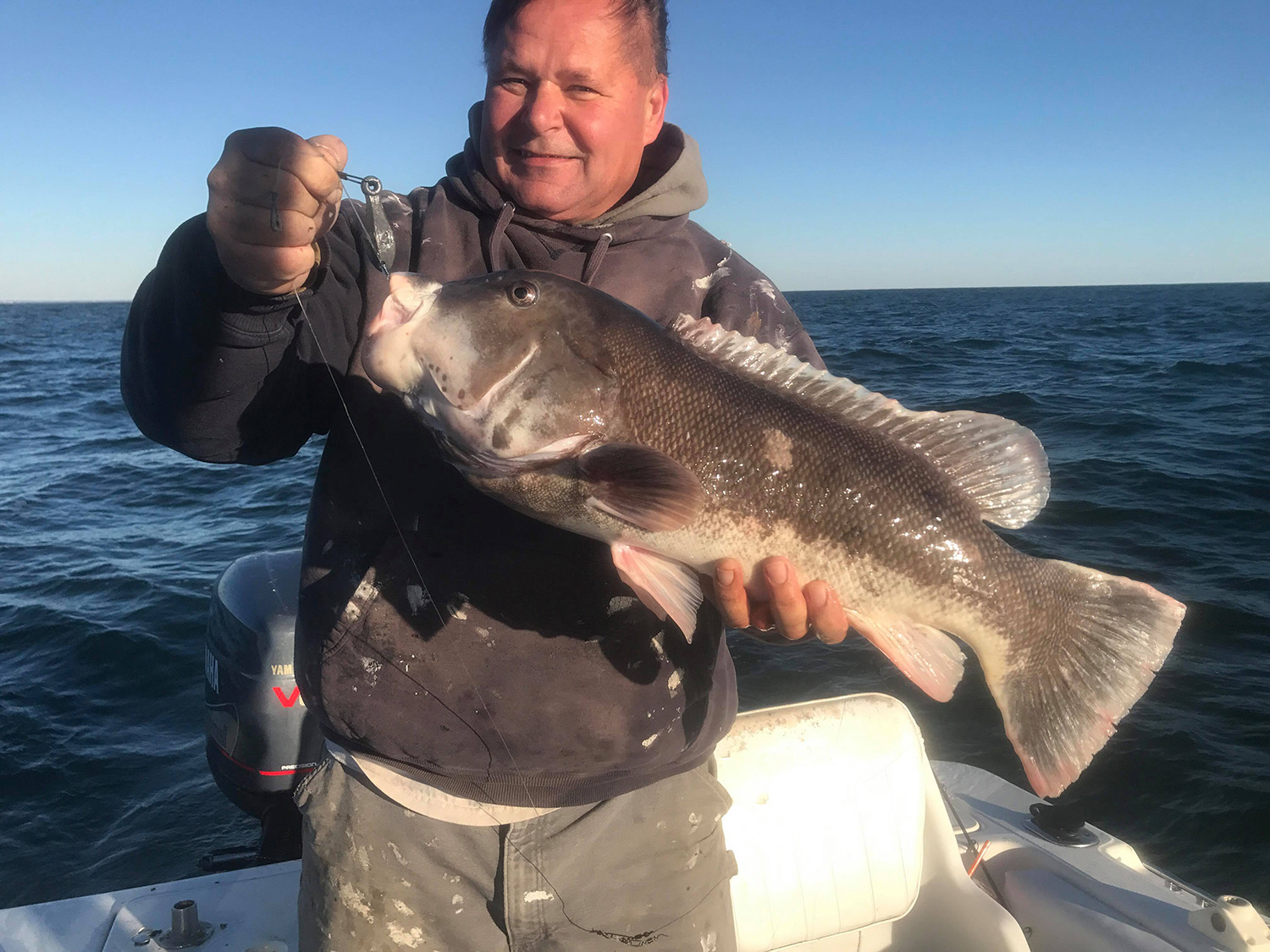 Thanksgiving morning, rich with smells of wet red oak split a night prior, with truck windows resisting and mirrors frosted, was a classic bluebird morning. Calm water mirrored waterfowl on the move, passing along shotgun reports. The pond was crowded. Oyster catchers and mallards, pin tails and buffleheads raced just out of reach. Black ducks zippered above while geese hung low. A fresh tide, at once calm then forceful then less so, came in waves. Maple leaves fell one at time. Deer stirred without giving up their cover. Schoolies exposed themselves at the surface, leaving tell tale rings almost identical at long distance to small pools of thin ice.

By late morning, with blue tarp flags flapping over beached canoes and kayaks, with two bass to the boat, both lost before pressures of a cold air release, I was thankful for fish and peace, for floating timelessly through a salt pond leaving no wake, for the sound of paddling through ice, for the characters I’ve met and most importantly, for all the stories I’ve yet to tell.

Every one of those scratches means something and I’m grateful for each.

Morning could not have arrived more peacefully, laying down her winds to greet a full sun rising behind wisps of light cloud cover keeping fish daring in shallow waters. Kayak fishermen came from Massachusetts, Connecticut and all over Rhode Island. Hobie’s Fishing...
Keep Reading

Joe Tex was indeed The Man

Joseph W. Tiexiera has passed. It's a two sided function of my age: people I know are passing away with an uncomfortable regularity that is only partially balanced by a rekindling of the memories I have from being with them. This past week, Joe Tex departed peacefully...
Keep Reading