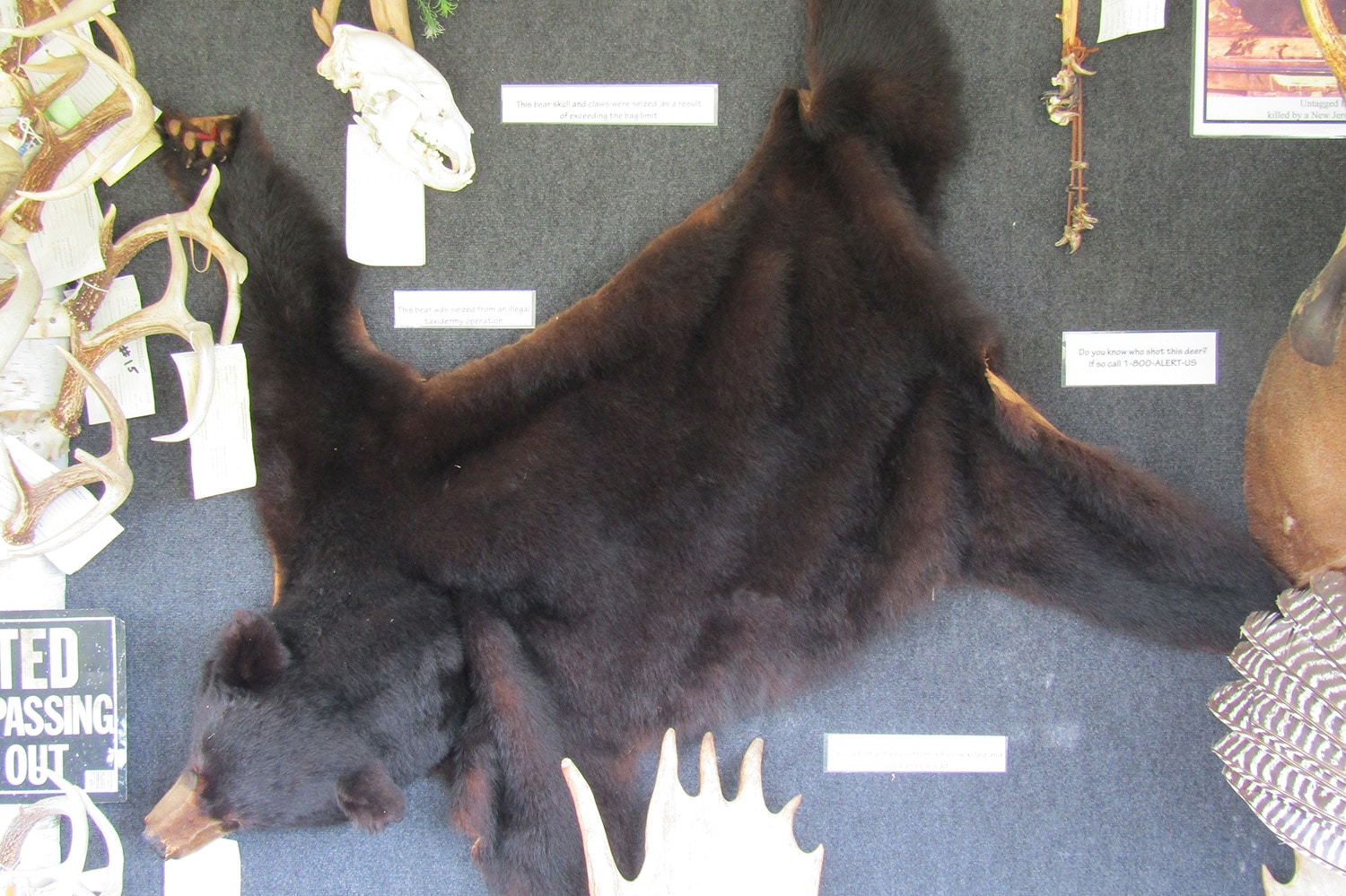 This article is the recipient of 2018 Best Opinion, 2nd Place by New England Outdoor Writers Association

Poaching is back and apparently, as popular as ever.

The recent arrest of a local businessman for being more than twice the normal average of greedy is, sadly, yet another reminder of man’s weakness when it comes to taking, which in this case, is the same as stealing. This was his third offense. Social media is ablaze with good people calling for, finally, the justice system to make an example of someone sneaking more than what we have determined is a fair share. What’s a fair share is a whole different argument. What clearly is needed here and now is justice for the environment and one whipper of a judgment. Most crimes have a victim; this one has a sea and shoreline full of them.

Poaching has deep roots winding its way to wallets and pocketbooks across the globe. Rhinos in South Africa, elephants in Southeast Asia, deer in the states; the end results are similar: a resource gets plundered for capital gain or garage freezers.

How long will greed, disrespect for our environment, and blatant, planned ignorance of not just our laws but of the respect they require, meet with just a small fine and two line notice in a small town paper?

This most recent arrest is a daily news reminder that our system isn’t operating to its potential.

So here’s a solution.

For poachers who are caught and navigate the justice system to a guilty verdict, the punishment shall include forfeiture of anything used in the act of poaching. Funds raised from boats, rods, reels, gaffs, and five-gallon buckets used to keep hapless tautog alive shall be sold with proceeds benefiting the dedicated fund established by the RI Saltwater Anglers Association from license sales so future access improvements might also bear names of poachers whose greed, ironically, helped people catch fish.

The total amount of fish stolen will be multiplied by one hundred. This number shall be factored into restitution as follows. With the example of 21 ill-gotten bonitas, the guilty party shall perform 2,100 hours of community service, split at the discretion of Alicia Lehrer of the Wonnasquatucket River Watershed Council, someone who has sweltered in a summer’s heat improves the health of a river for people and fish.

Time first will be spent on offshore draggers hosting observers to determine baseline data for future stock assessments. When the bag has been emptied and coffee is served in the wheelhouse, poachers shall remain on deck to clean the cod end twine, without coffee but with a toothbrush before measuring each pane to ensure compliance. Compliance with the law. 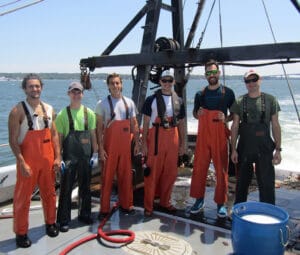 Students working aboard URI’s Cap’n Bert to determine baseline stock data so solid regulations can be based on solid information.

Time will be spent with Trout Unlimited volunteers as they place and download i-buttons to gather data and environmental parameters so we can all better understand trout and their habitat.

Time will be spent at recreational and commercial fishing club meetings to understand how each group feels about existing and pending regulations. All of them. Time will be spent wearing a fleece vest and carrying a Starbucks reusable coffee cup plastered with colorful fish and Patagonia stickers, in the office of RIDEM’s enthusiastic and ever-smiling John Lake, to begin the dissemination of mountains of data. When grad student researchers take nap shifts on the couch, poachers will not. Time will be spent with Moira Kelly at the Greater Atlantic Regional Fisheries Office so they can better understand the legal framework versus the regulatory process before any data gets plugged into bar graphs and Powerpoint shows.

Time will be spent opening and then closing folding chairs at every public hearing for the Atlantic States Marine Fisheries Commission, Mid-Atlantic Fisheries Management Council, RI Marine Fisheries Council and DEM for anything and everything to do, even remotely, with freshwater and marine fish health. For meetings in URI’s Corless Auditorium, poachers shall be required to sit in the front row, wearing a trucker style hat with POACHER on its face and take copious notes.

Notes may then be used for the QUOTA, the Quizzing Understanding Of Tireless Advocacy.

Finally, time will be spent aboard RIDEM Law Enforcement vessels so poachers can experience how hard it is to board boats for compliance to state and federal laws, the difficulty of working safely in a wind and high sea state as well as the irritation of dealing with thieves who stash stripers in secret compartments, stuff sacks with egg laden green crabs or exceed legal daily catch limits. For good measure, they can be at the bottom of the heap when things go sideways because indignant poachers resort to violence to escape responsibility.

Poaching is in some people’s DNA, our job is to make sure we hold each and everyone accountable to all the victims. The regulatory process may be cumbersome and time-consuming but at sunset, the goal always is to protect fish, not steal them.

A few years ago, RIDEM Law Enforcement held a fundraiser shoot at The Peace Dale Shooting Preserve which included a traveling museum owned by the International Wildlife Crimestoppers. Full of seized firearms, snares, racks, pelts, lights, and now stuffed animals, it highlighted so many stupid and illegal actions people have done to take what they had no right to. “Hunters are wildlife managers. Poachers are just thieves,” Executive Director Lewis Rather said that day. Amen.

To report a violation in our state, contact RI DEM here.