Since getting off the couch was tricky on a recent holiday celebrating thankfulness and stuffing, it afforded me time to think. And thank.

First of all, I’m thankful that I’m still here. Given my propensity for the occasional hoppy beverage and checking the “exercise” box after stretching to retrieve the paper out of a thorny rose hip bush, that’s a big deal. I’m also thankful for the outdoorswomen and men I’ve had the privilege of meeting. With our sixth year on the near horizon, this seems right to mention a few characters whose knowledge, catches and childish antics have made this column what it is, whatever that is.
So, in no particular order: First and foremost, everyone I didn’t mention. You know who you are and that I appreciate you.
Check.
Thom Houde

A relatively new friend, Thom has three key characteristics which I admire. (1) He always says hello like he’s genuinely glad to see you. (2) He really loves to fish. (3) He invites me to go fishing with him, which I appreciate. Some guys pass along an invitation ‘cause there’s a chance they might get in the paper, some will never call to protect certain spots, which I get. Likely thanks to his Army experience, he’s also always prepared for any species of fish when he paddles out, which I admire. If there was one teeny tiny caveat to all this praise it’s that the guy wins every raffle, giveaway and contest. Seriously, when we’re all old, living in the home and boring the hell out of family with endless old fishing stories, Thom will be cleaning up our last nickles at the bingo table. 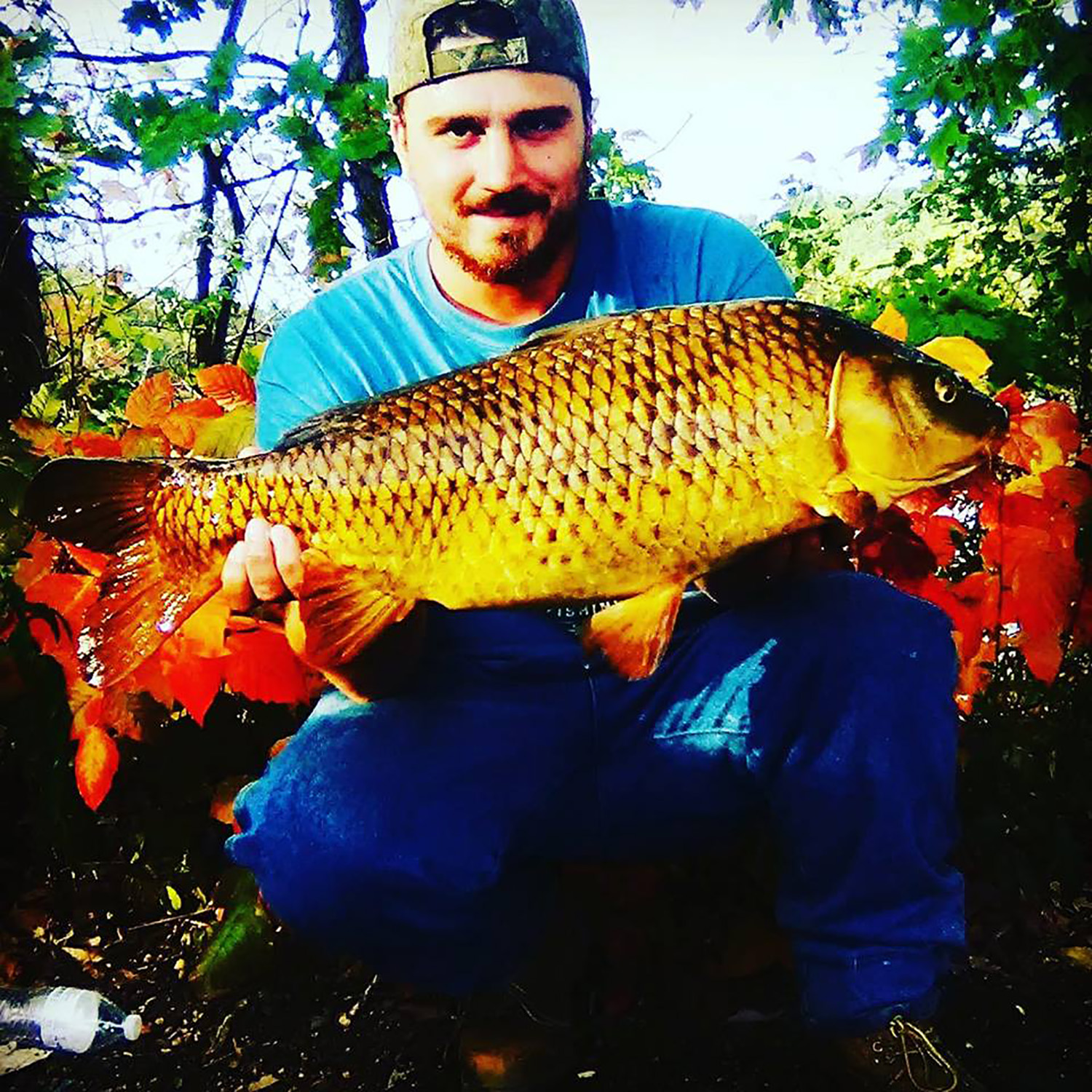 Ronnie is the fisherman lots of us should be. Patient and careful to say the least

Ronnie is a Dad and carp fisherman I’ve been trying to meet for two years now. He’s a ghost, he does the homework, researches the best baits, understands the spots he fishes and finds giant fish right under our noses. Like most carp anglers, he celebrates his catch quickly with a photograph or two then perfects the art of a careful, gentle release. When we turn the page on year six, I hope to bring Ronnie to these pages so we can all learn to be better fishermen, like he is.
RIDEM Law Enforcement
Their job has become so complicated, so complex. They interact with commercial and recreational fishermen, quahoggers, bow hunters, guys in camo carrying loaded shotguns, smugglers and poachers then get called to chase a turkey off Main Street. They board boats, inspect vehicles and patrol The Bay. There’s little they don’t do and clearly there are not enough of them. A tip of the camo hat to the men and women in green who must wear so many hats. 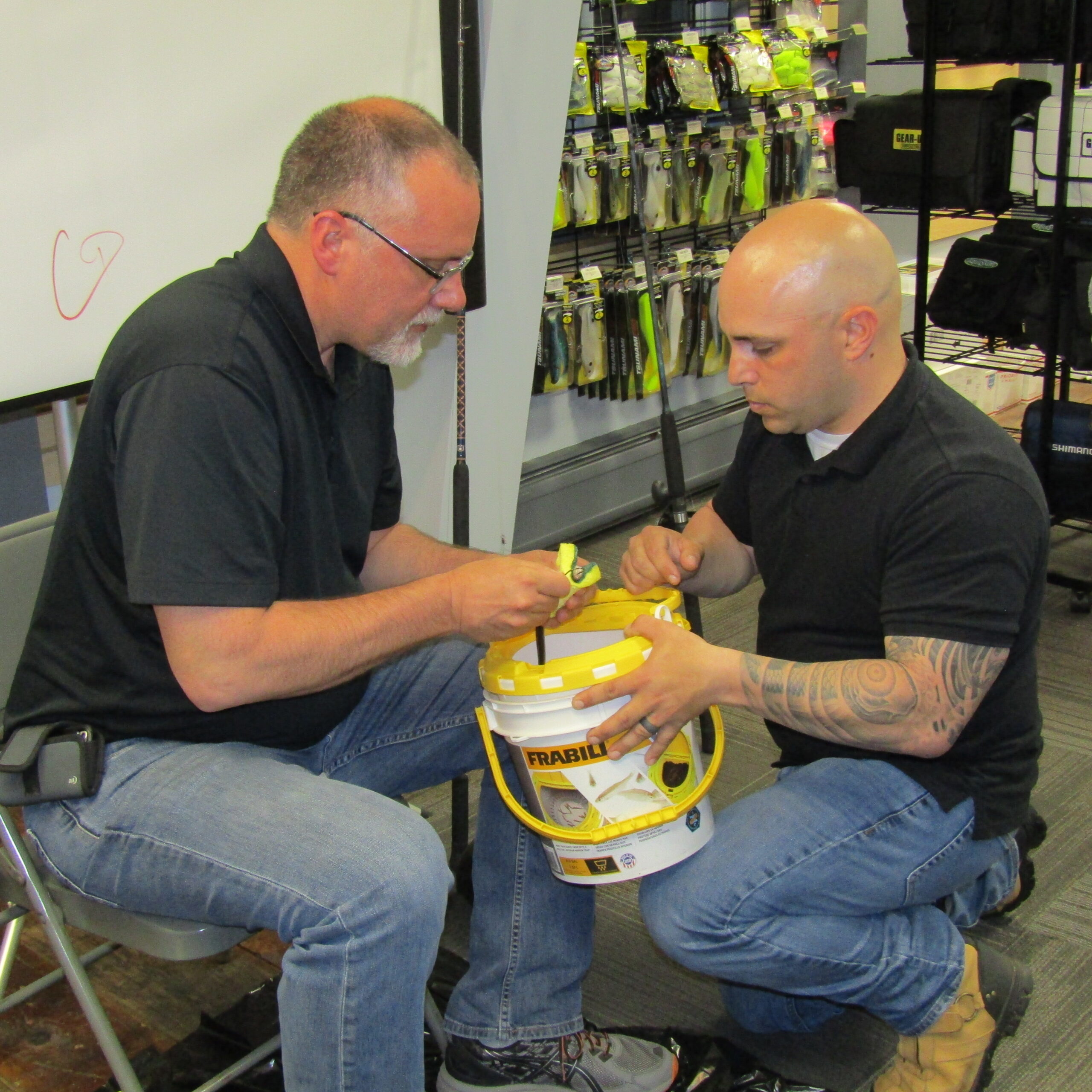 I don’t know, the guy makes me laugh. He paddled a kayak called the Unsinkable until deciding that was pushing his luck a bit, served his country, loves his wife, can out-fish ten men or women, saves people’s lives and looks sharp in his formal Fire Department uniform. One minute there’s a lampshade on his head then he’s smiling his way through a can of cold Chef Boyardee with a pink umbrella on his hat, in his kayak, a mile south of Block Island. Who does that? I love that guy. Oh, his poor wife…
Matt Wunsch  An old college friend, Matt was the guy I reached out to when I wanted more writing work. He offered me a job at his newspaper with a forceful caveat that I stick it out at least for the summer as previous fishermen wrote for a few weeks until those first lice covered schoolies arrived then turned in their pens. It was frustrating for him as a dedicated newspaper guy and a golden opportunity for me. It’s been almost 250 columns without a miss.  He also suggested, then pretty much demanded that I buy a copy of Associated Press Style Book…I think he was trying to tell me something…Thanks Matt, you ‘da man.
David Smith 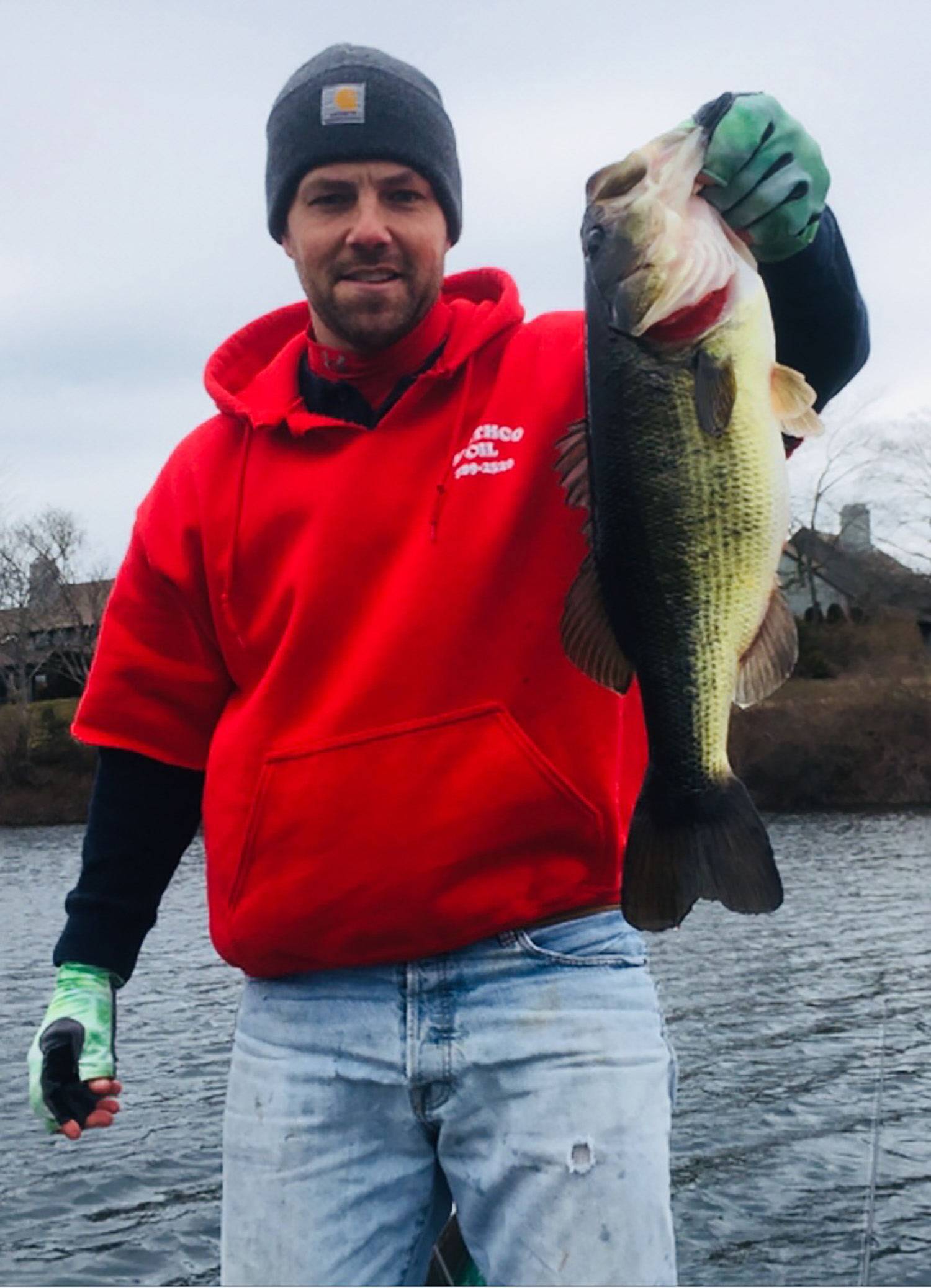 When you pull back winter drapes to see frost on the car, Dave has already left for a pond where largemouth bass are lurking. Fishing is always on his mind. He excused himself from our interview last summer, saying, casually, “Sorry, I really gotta go. She said it’s time,” as his wife was in the early throws of labor. That man has guts on and off the water. If you’re looking for freshwater tips, I suspect he’ll be a go-to guy.
Ryan Dubay.
He’s a fighter.
This man has been knocked back into a hospital bed countless times but he won’t reach for that nurse button. He’s a two time leukemia champion, and by champion I mean he kicked its ass and where did we meet him? He was paddling a kayak a mile south of Block Island on a greasy calm day with Brian Hall. He runs the Kayak Klash each summer as a way to see friends, raise awareness and donate a pile of cash back to research. He’s up in Maine now, living the life. My message for Ryan is, “You’re an absolute inspiration.” 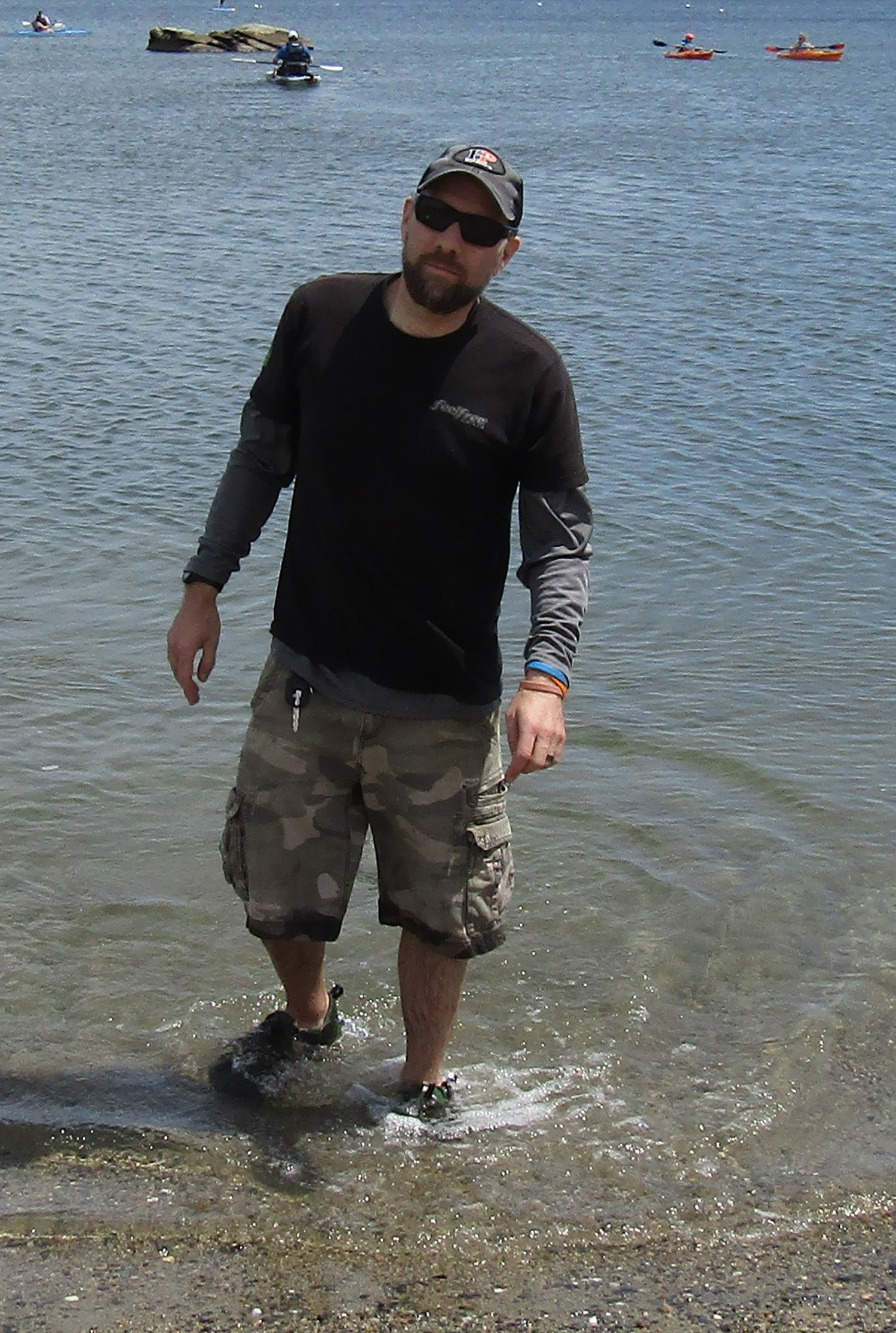 Glenn Place. He leads Chapter 225 of Trout Unlimited and mirroring its core mission, he’s dedicated to conservation, fly fishing and volunteerism. My Lord he writes the longest emails but they’re awesome and have personality and help members understand what’s happening around the chapter and the national organization and each has a recipe, which is more awesome. They always end with a brilliant and heartfelt single sentence I wish I was wise enough to have written: Thank you for the generosity of your time. Amen Glenn. 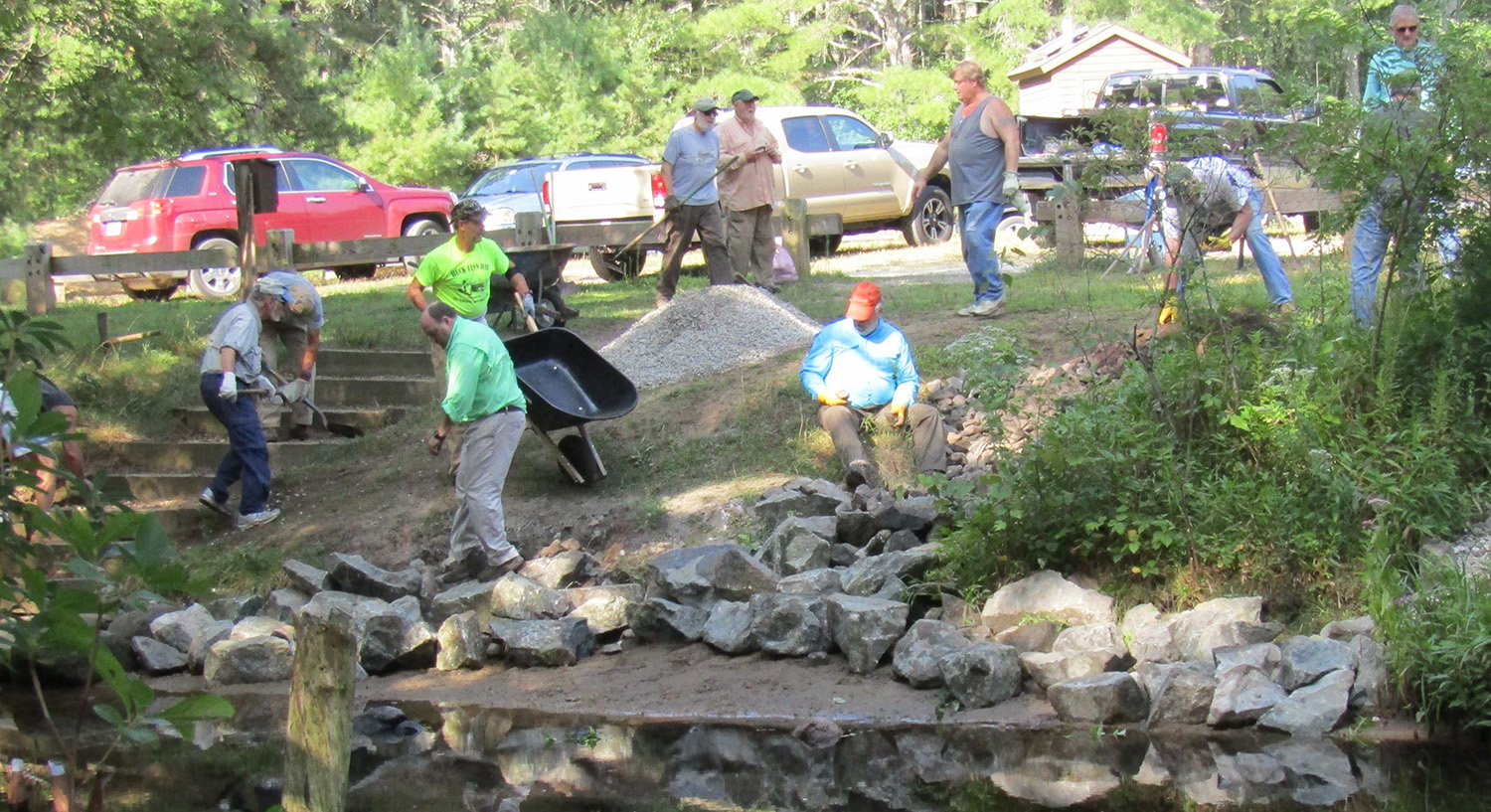 That’s Glenn in the middle, picking up rocks then putting them down to help stabilize a river. On a rare day off, no less

Finally, Al Michaels. This might seem odd, but I’m thankful for the way he called 1980’s Miracle On Ice game. After Mike Eruzione scored to lead the game 4-3, Michaels called down the last eleven seconds, asking, “Do you believe in miracles? Yes!” but then went silent to let the game play, to let fans enjoy the moment. He knew they didn’t need his voice anymore.
Having the privilege of writing about so much fishing, hunting, environmentalism and advocacy plus all the characters I’m so fortunate to meet, Al reminds me that your words are what people want to hear.
My thanks to you all.

Elisa at Snug Harbor Marina had it first...schoolie stripers have made their first appearance at Galilee's west wall. That means it's time to stand shoulder to shoulder with your fishermen brothers and make a thousand casts for a hundred fish. It's not unusual to...
Keep Reading

Don Barone, DB as he prefers, has won all the awards and accolades a writer of his level deserves but more importantly, he has provided us with a window into a small piece of America, one fisherman at a time. This week, we are lucky to meet DB, see how he ticks, and how he’s not so ready to settle down.

Our days are numbered & hold the beverage cart

Our days days are numbered. Partially in an eternal sense but also in a closer sense of shorter days, plastic holiday trimmings in the fishing isle and the specter of purchasing gifts for people you haven’t seen in years but your wife insists really are close friends....
Keep Reading