Summer is a gift to fishermen and this year is no exception.

Certainly it’s been a solidly slower striper year but there’s lots of speculations for that situation. Bass are moving south with the tourists to Brenton Reef, Beavertail and all those lovely south facing beaches where they charge locals to park, which is awful on so many levels. If there was ever a reason to drive around looking for a free parking space, it would be in South County. There’s something so disturbing about being charged to access the beach in the town in which you live but at least in South Kingstown they don’t rig up a line of chain link fence to keep you off the beach and then brag about having the state’s best beach. Nonetheless, fishing has been solid. 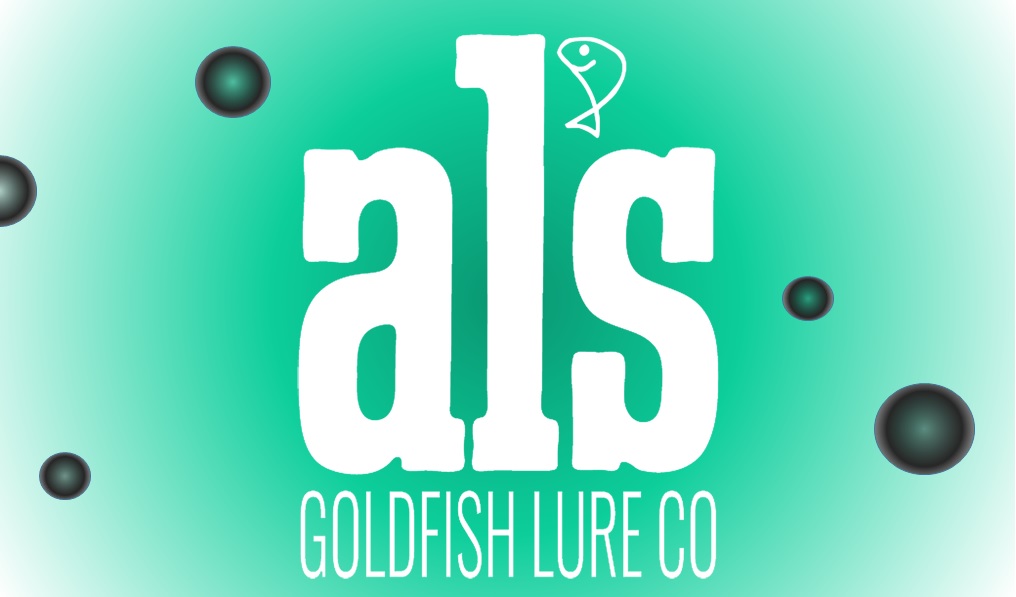 It’s true, the Al’s Goldfish Lure Company has teamed up with us to design a Saltwater Series long casting striper, bluefish, bonito and bonita lure. It’s a take on the classic Al’s mold with chartreuse and ivory tones to be extra visible in stained or deeper waters. An early demo has already worked well below schools of menhaden and with a double dot pogie pattern, it’s sure to catch. The new lure has been officially released and it has been performing like a striper magnet. 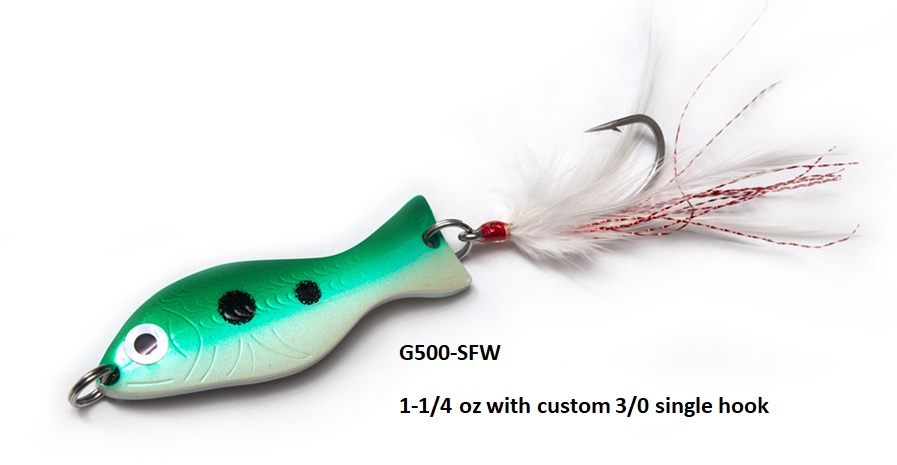 They are available now at www.alsgoldfish.com

The Preserve at Boulder Hills Club and Residences in Richmond is offering shooting classes in their range and their sporting clays course as well as a new Fly Fishing 100 class. The first fly class sold out very quickly so a follow up is in the works, which will be announced soon. Their shooting classes are pretty popular as they cover carry/conceal, defensive shotgun, ladies pistol and advanced NRA classes, just to name a few. Most instructions include a classroom segment, where some type of delicious food is served, followed by time in the range, which is the longest underground automated range in the country. You can learn more about all their classes at thesportingshoppe.com.

Local fishermen are saying that stripers are leaving the upper Bay, heading for feeding grounds around Newport, Jamestown and South County. That’s good news for lots of fishermen who haven’t seen a keeper in a while. Menhaden have been all around the Warwick and North Kingstown area but not in historic numbers and not with many big bass under them. Brenton Reef is about to explode. Keep some surface lures in your bag for sure. Randy Degrace has been all over those sea bass with his preferred Hogy 32 gram sand eel for hooking up with black sea bass and newly arrived bonito. He also recommends olive colored Surf Candy rigs for those fast moving bonito.

From last season, Steve Babcock shows off a fine bonita

Steve Babcock noticed some small silvery bait fish messing around in shallow salt pond waters near a freshwater pond, which might have been young of the year river herring. That could mean they’re taking some practice swims on the tide. Considering how much protein they hold, it also means bass will hang in salt ponds for at least a few more weeks until things get bath water warm.
Bonito have been seen and caught in the last few weeks. It’s a bit early for them to be in our inshore waters, but look around, things just ain’t the way they used to be, especially when it comes to water temperatures. Peter Jenkins at The Saltwater Edge in Middletown mentioned that some had been caught in a fish trap a few weeks ago but that’s not terribly unusual. One fish does not a school make. Ian Clark was one of the first to catch a few and break out his sushi recipes. Bonito can fire themselves out of the water at up to 40 mph so they require an equally fast retrieve. Sand eel imitations and colorful jigs with reflective sides are killers. In a catch and release kind of way. Eating them is not for everyone. So there’s plenty to catch and a few to eat. That’s a gift for sure.
If you think fishing’s been slow, how about picking up a good book about fishing? Author Ed Doherty is a Massachusetts fishermen who lives to cast the Cape Cod Canal and has just written Seven Miles After Sundown. It’s tight with a lifetime of stories, counsel, characters and spot recommendations. East End Eddie, as he’s known on the bank, has seen the canal change during his long tenure there and has a well researched sure thing secret spot. He shared that location with me on a plane ride to Washington DC to talk fish with our legislators a few months back. 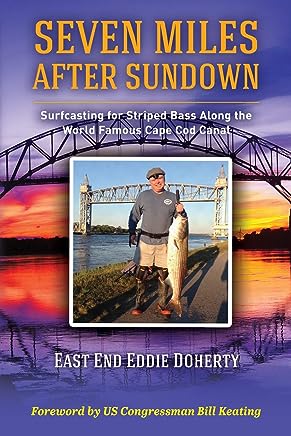 Nonetheless, Eddie’s written a fine book that’s been selected as a finalist for a 2019 International Book Award in the Sports Category. Chosen from more than 2,000 books, this is a real tip of the camo hat to his writing skills. What’s more, the book was the number one New Release in the fishing section of Amazon.
As has often been the case with fishermen with whom I cross paths, Eddie is a total character. He benefits every conversation with a dynamite Boston accent flavoring a rare knowledge of both recreational and political/bureaucratic side of catching and protecting fish. His book is worth every hour you spend reading through his stories and observations about fishing what has become almost an out of control spectacle of big fish being hauled up on the rocks trough wicked tides and currents.
There’s an honest toughness to his tone sometimes; Eddy spent a career in the courts, watching wise guys and petty criminals go through the system so the Canal was a perfect getaway from all that. You can find his new book on Amazon or contact him at BigDitchProductions on the web. As for that secret location, well, as all good fishermen are such kings at keeping secret sweet spots secret, Eddie swore me to keep it that way and I’m not messing with that guy.
To the west of The Ditch, bass and blues have been pushing squid right to the surface lately, often around the center and east walls protecting Galilee. It’s always amazing how full that Camp Cronin parking lot can be so late into the night with people casting from the wall. Strong swells certainly will push scup and those prolific black sea in close, making it a fun place to spend a few hours if you keep your boots planted on the dry rocks. A few nights back, two fishermen were chasing half a dozen schools of small bass and bluefish in circles in front of the Pt. Judith Lighthouse from a spotless center console. The first twenty minutes were just reminders of how frustrating fishing can be when you throw everything except the tackle box itself at a school of frenzied hungry fish with a return of only green weed. The schools rotated east to west then back again, making it tough to keep up without pushing them down. Then one bluefish unwillingly came aboard and exhaled a pile of very whole squid, answering the evening’s question. A few Al Gag’s soft baits and that new spoon from Al’s Goldfish Lure Company were the winners after that.
Elisa Conti Cahil and her crew at Snug Harbor Marina just held their 38th Annual Snug Harbor Shark Tourney. Ninety-five fishermen aboard twenty-five boats from Rhode Island, Massachusetts, Florida, Delaware, New York, Connecticut and New Hampshire were able to weigh in only two sharks. The offshore bite has been slow for sure but there’s a silver lining to these slim pickings. The tourney only allows edible sharks like makos and threshers.

Like many of us, they don’t want to relive the glory days of sharks hanging from the gallows then overflowing from Dumpsters when everyone headed over to Milt’s for a few dozen ‘Gansetts. They require a minimum length on makos of 83” for females and 71” for males and as none made the cut, no makos were needlessly harpooned. Cheers to Snug Harbor for all they do to protect the fishery.
At day’s end, Tim Sanscuci on the F/V Outta Time hoisted a 230 pound thresher for second place in that division and the Hidden Weight Award. Chris Napolitano and his father Richard on the F/V Knot Reel Teeth brought home the grand prize and first place for a thresher with a 328 pounder. Interestingly, the Unusual Catch prize went to Phil Papineau and Jim Duffy. Typically, this is a social media based award for unusual sharks but since this year even makos were considered unusual, they were winners. Phil stacked up the awards with individual and team tagging prizes for releasing a dusky and four other sharks.
And speaking of soon-to-be catch and release hero’s South County’s Bob Buscher has now caught and released 560 largemouth bass this year. In the time it took to type that, he likely caught two more. Bob is enjoying his 15 minutes of fishermen fame and that’s a very good thing. He’s a dedicated fisherman and family man who just loves being out on his boat. Cheers Bob, we’ll follow you right to year’s end.
Then, we’ll turn a new calendar page for you.