Is There Writing On The Stone Wall for Stripers?

This article is the recipient of 2020 Best of Electronic Blog Fishing, 3rd Place

After fishing on the rocks for two keeper stripers a night, we would lean on one tailgate, take two cold cans of beer from any icy remains in a soft cooler then walk to one long, sagging, stubborn stone wall. Through a sweet harmony of crickets and cicadas, we faced a farmer’s field of tall grasses and stray sunflowers, thick and healthy. We leaned on stones wet, slick from an evening’s dew, taking in long breaths of damp earth, breathing out pure salt air. With wrinkled palms, innocently we wiped our hands along green moss, unconsciously drawing patterns on slow-growing velvet beards on glacial fieldstones.

Firefly shows were silent secret codes, played across grasses for lovers, potentials and hopefuls. Some lit up the night, we speculated, for reasons of natural sheer joy. The show played almost every night without burdens of tickets or reservations, a show we could watch until either dancers or voyeurs’ energies were extinguished.
Running our fingers around cans wrapped in summer sweat, idly we told more tales about an evening’s fishing and fish, fully aware we had served as each other’s witness to any catching or missing.

Bass were in big some nights, not so on others. If a hook had been straightened or a fish saved for grilling, there was cause for a longer story with an encore beer.

I had my rock and he had his. We leaned, drank, laughed. Wiping scales from our forearms, eelgrass from our boots, we talked about such amazing performances with uncountable fireflies making pure magic. We howled about a bass like a submarine that easily parted 50-pound braid on barnacled rocks. Some stories would last forever.

All the while, fireflies danced and dipped. They lit up circles of grass then disappeared from our view though surely they were busy.  That tilting wall, that flat field, those big stripers, those cold cans; they were all monuments to lives lived on the water with an abundance of fish.
People from the city bought the house which came with that field. They rebuilt it without character. They nailed it shut with forever siding. White, of course, to match every other white house. White to stand out among trees and water. Then they mowed down the field.

Through the years, we wore a path to that wall, past where my truck was always parked, keys in the ignition, Eyes of the World welded from repetition in the player. We are creatures of habit, after all. On-off nights, before the mowings, he would walk the worn grass path with his wife, past my flattened, empty parking spot, to the wall. She, in a red and black soft lambswool cocoon, he warmed by a local infusion complimented with peat. They would take in the show, the fabulous show. Fireflies twirled dots and dashes while nearby, fishermen cast through the night in a gentle surf, hoping for a charge of fish.

Striper fishing slowed. We caught bass, but incrementally less. And smaller fish. On nights when we caught two, summer dinners were flavored with garden salads, chopped herbs and charcoal. Then there were fewer two fish nights but no fewer stories. Without complaint, we worked for one fish nights, still sitting on tailgates after midnight, still offering up stories.

The field is regularly cut now. Some people need to control, tame, dominate. Mighty Hercules rides a Deere. The nightly magic show was clipped high and tight. Gallons and gallons of fossil fuels every summer guaranteed that. We stopped leaning on the green wall because there was no theater to watch. What the city weekenders did was take and manage for their own benefit. They mowed down a perfectly fabulous field and made it a lot, a useless, naked manscape, devoid of startlingly beautiful flying lovers, glittering in silence, diamonds in the air.

They left it bare for bold rabbits, nervous moles and young does learning to hurtle man’s fieldstone property lines and for the satisfaction of subjugation. We love to believe we are the highest of highs but a million tiny fireflies had much to teach us on many late evenings.

It’s been a few years since we leaned on that wall. It was barely dark the last time; fishing had been very slow. Two old salts, starving to stand on river rocks, casting ten-foot poles for far off sandbars, saw writing on a stone wall.

Nature has a fine way of winning but we keep making the odds more unstable. Somewhere near a narrow river, a thick grass lot without a white summer house hosts sparkling late-night courtships but it’s a different dance for striped bass now.

Those fireflies were rudely evicted but not lost. Yet.

The loss of striped bass abundance will be a tragedy of our doing. Continuing to take as many as we can cut down those late-night shows on the rocks and extinguish the vitality of their population, not merely move it to another cove. Striped bass are not fish alone, they are part of what makes many fishermen whole, they are essential threads in the fabric which makes us us. There’s incalculable value in leaning on a damp wall, sleepy, a little sore from casting and catching, silently watching, amazed, a sea of twinkling bright stars three feet off the earth.

And it all rests on striped bass abundance. 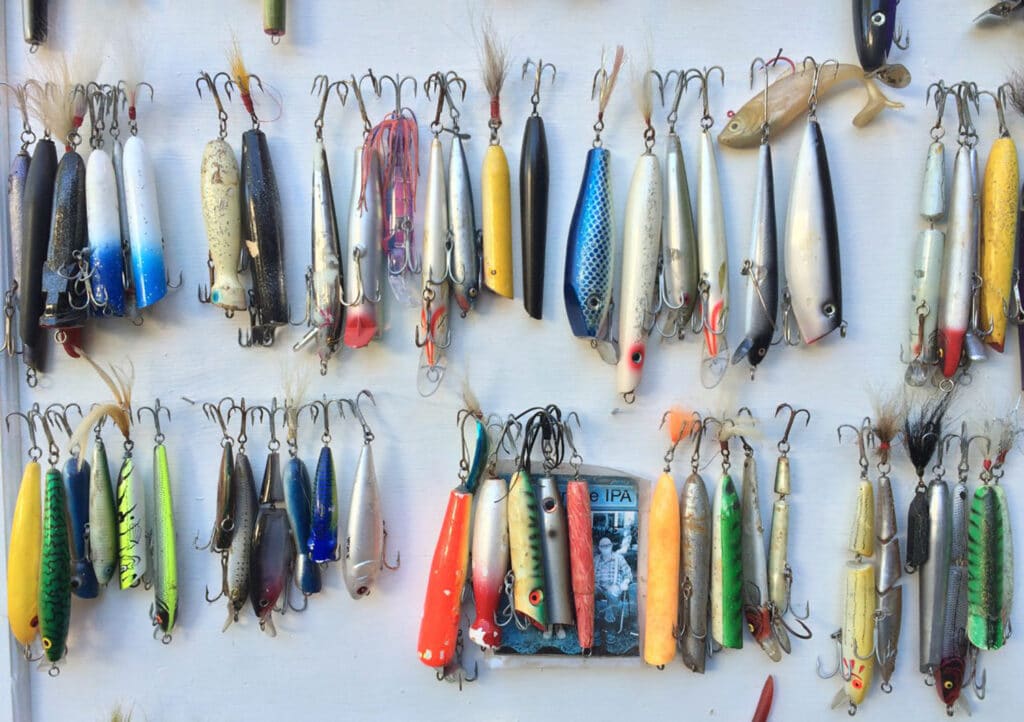 Rivers once ran silver with shad, herring, sturgeon and stripers; now there are calls to rebuild rivers and populations for the abundance our ancestors enjoyed and took for granted. This week, learn how we can turn the tide to support forage fishes and native brook trout.

Joe Tex was indeed The Man

Joseph W. Tiexiera has passed. It's a two sided function of my age: people I know are passing away with an uncomfortable regularity that is only partially balanced by a rekindling of the memories I have from being with them. This past week, Joe Tex departed peacefully...
Keep Reading

Fishermen have forever fashion classics like khakis with plaid shirts, tennis shoes for wading summer streams, floppy hats adorned with favorite flies or Al’s Goldfish and tan fishing vests, which of course can be worn in all seasons. Millennials have soda bottle...
Keep Reading