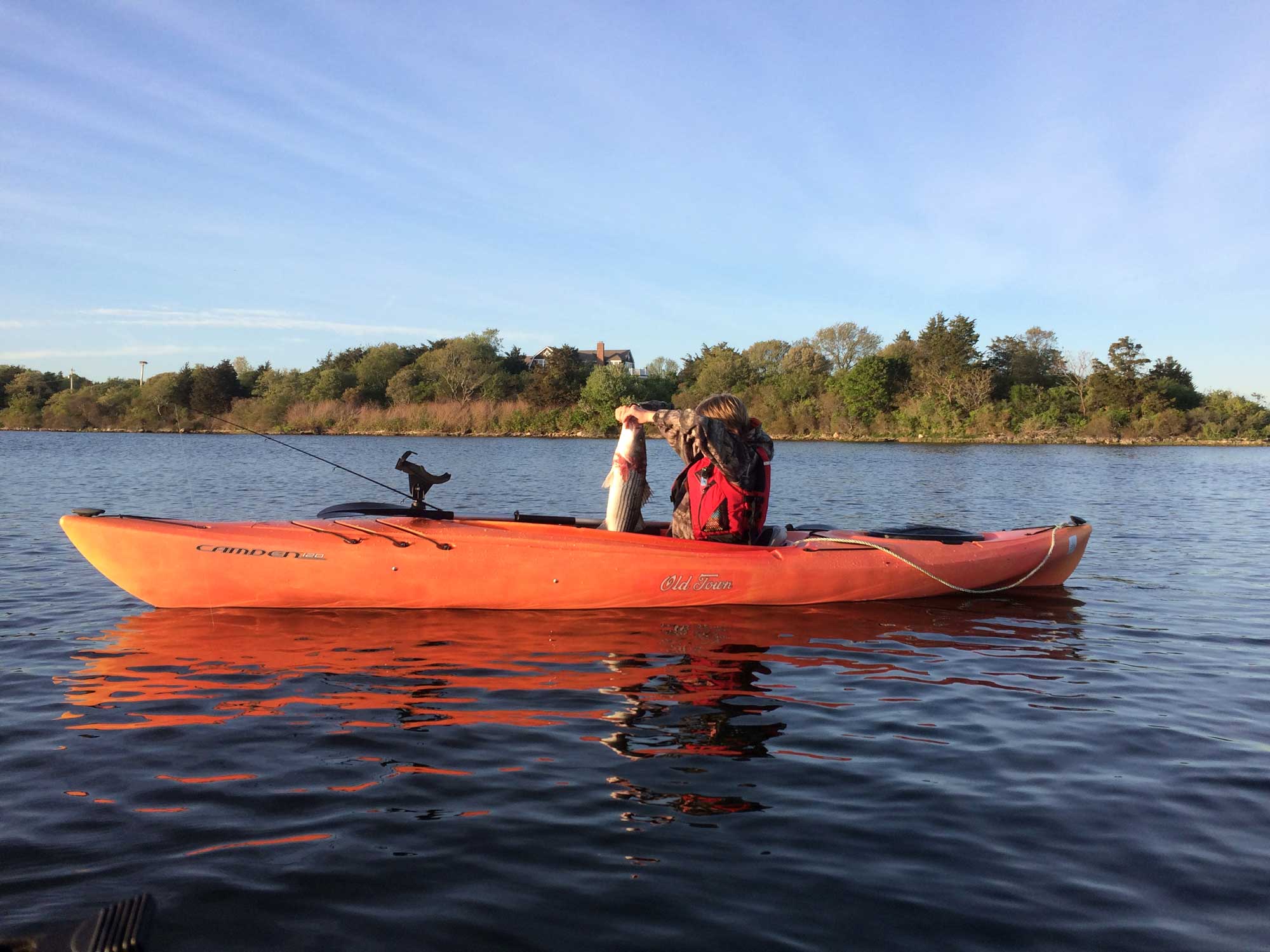 There are fish to be caught in Segar Cove for sure

If you’re concerned about public access, which does not simply mean a pathway from land to water, then you need to be aware that Perry Raso’s application to take another three acres out of recreational use in South Kingstown’s Potter Pond is finally scheduled for a public hearing. If you prioritize open water just like open land, then this application is worth reading and understanding. Shellfish farming has some benefits with food production and employment but you may agree benefits associated with this application pale in comparison to the costs.

There are two issues here. One is the high value of recreational space in The Ocean State. And when we consider any loss of access, this isn’t merely a salt pond, it’s a fine provider of access itself.

Potter Pond allows for things we love to do, with friends and family and on our own. This application puts us at risk of losing resident and tourist access to waterskiing, riding big, bouncing inflatable tubes, swimming, kayaking, rowing, sailing and steering center consoles in long circles searching for worm hatches and crazy big striped bass right past sunset.

Segar Cove is one of the few places in South County where fast boats can pull those skiers and laughing kids through long summer days with the space they need to be safe. We fight back against people who plant bushes, install signs and call lawyers to block long-held public beach paths and through a prism of a shrinking shoreline, this is no different.

The other issue is cost. When acreage is removed from recreational use and turned into a commercial business, who benefits? Raso is asking to take control of three more acres in Segar Cove so he can grow shellfish for commercial sale. This would be in addition to his lease on the southern edge of Potter Pond which is gagged with gear, bags and floats, leaving the acreage difficult to navigate. According to the Coastal Resources Management Program Section 1.1.10, “The annual fee is $75.00 for half an acre or less, $150.00 for a half to one acre and $100.00 for each additional acre.” Does that trivial fee compensate all other users for the cost of losing access? In 2019, Rhode Island aquaculturists were paid $5.74 million for their products, which was a decrease from 2018.

Four of those eighty-one farms were infected with an oyster disease.

CRMC also reported, “The combined value of aquaculture products for consumption and seed sales was $6.07 million, down slightly from 2018 figures.” The state’s gross domestic product the same year was $61,883,800,000 so aquaculture contributed a fraction of a per cent to our economy.

If granted, the Raso expansion of his existing lease, already filled with bottom and floating gear, will allow him to run a business under people’s windows. He will need to power wash the fine mesh of lantern nets where scallops grow because they foul easily and run loud machinery to chip away soft mantles from oyster shells. Bay scallops are non-communal, meaning they have for millennia practiced social distancing and don’t really appreciate getting too close so they require large amounts of space to grow efficiently. So how much surface area of Segar Cove will be plastered with buoys after a few seasons to support all those nets and cages? Surely he has completed a cost analysis of how much gear will be needed to be profitable. Will that mean boaters, kayakers, sailors and those laughing kids will have to stay clear of the proposed business site for risk of entanglement in the 30.3 acre watersheet available to them.

Consider this. This application would subtract approximately ten acres from those 30.3 acres because South Kingstown has a Boats and Waterways regulation for waterskiing and towed watersports which mandates a 200 hundred foot buffer from stationary objects. When you factor in the corner markers and do the math, it equals the question, why should we have to give up our public space for a private company’s profits?

Aquaculture leases are often structured to allow for some public use of surface waters and occasionally even bottom not covered with gear. Those floats, lines, cages, nets and bags also can preclude that access and use. Look at what has happened to the leases on the west side of Jamestown. Notice all the black floating gear when you drive over the bridge? What were once submerged lines with some end and mid buoys is now acres of swaying floats so now shoreline homeowners look east to a shifting sea of plastic. How does that feel? So, fast forward to a salt pond rich with a history of recreational fin and shellfishing and plain old drifting along through autumn in a pretty cat boat.

Do the costs of the tax paying public losing more open space on Potter Pond, which so many people use and enjoy, outweigh the benefit of one person getting to profit from it?

The hearings will be held from 1:00 p.m. to 6:00 p.m. on Thursday, November 12, Friday, November 13 and Tuesday, November 17. Given the pandemic, these will be Zoom hearings. You can see the complete application, work proposal and site plan at the CRMC offices in Wakefield during woefully unhelpful hours of 8:30 am to 3:30 pm, Monday through Friday.

Meeting information is also on the CRMC website at www.crmc.ri.gov/index.

Aquaculture absolutely has some economic, labor and biological benefits but that’s not what’s at stake here; it’s the high cost of losing public waters, again, to a private business with no return to historical users.

If a new PRIVATE sign at your old fishing spot really pisses you off, this is the time to make your voice heard to SAVE POTTER POND.