Hot Reels wins it all, a fish bust & 5 million eggs. that’s a lot for one week 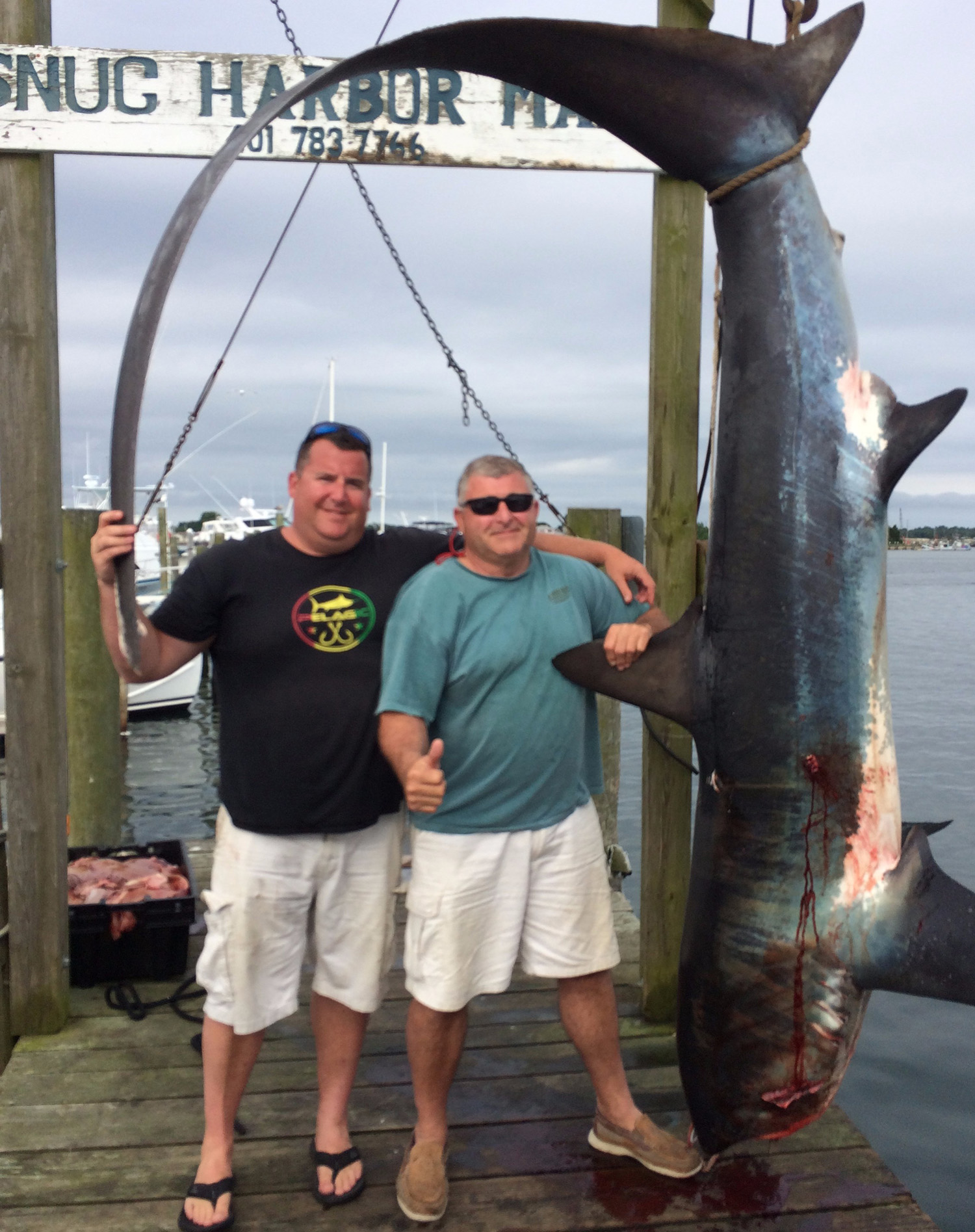 47 boats registered with 7 women and a record of 8 kids signed up in the 15 and under division. By Saturday night’s weigh in, the leaders in the thresher category were Bull Dog, with a 225 pounder and Hot Reels with a 343 pounder. For mako, Knot Reel Teeth landed a 157 pounder. Al and Elisa Conti at Snug Harbor are ahead of the conservation curve as all other shark species besides thresher and mako are only allowed as catch and release, hopefully putting an end to tournaments where the humans leave with plaques and great whites and hammerheads leave in a Dumpster. To sweeten the pot, anglers were encouraged to photograph sharks before release then collect Facebook votes with the two highest vote-getters winning prizes. The Saturday weights become the minimum for Sunday, which keeps the focus on conservation and not a lot of boats bringing in small sharks.

David Butterfield and Brian Young landed a potentially game winning 362 pound thresher but were twenty minutes past the deadline when they tied up. The two had tagged and released 5 makos and 4 blue sharks but spent too much time fighting the big one to be back to the dock on time. They were great sports about the rules with David adding, “Oh well; we like this tournament, it’s low key and we like these people.” Well done.

At Sunday’s weigh in, the Grand Prize of a $4000.00 savings bond went to Hot Reels Sportfishing’s 6 man crew who, being so confident of their Saturday landing, stayed ashore and took their chances. Captain Lou DeFusco, Shawn DeCastro, Brian Brady, Manny Guerzon, Cody Trostel and Rob Pascale all shared the battle with the Shimano Talica 50. The thresher fell for a fresh bluefish approximately forty miles south of Pt. Judith at 10:30 a.m. and the gaff was set at 2:55 p.m. A seasoned captain who has finished in this tournament’s top ten six times, Captain DeFusco said it “jump and leveled out in the air” then added, “It was the most brutal fight of my life!”

In the end, “Slick Drifter” won first place with a 316 pound mako, with second

place going to the Midnight Rambler and their 215 pounder. The Bull Dog crew took second place in the thresher division and for the Most Unusual Catch and Release, Hot Reels took home $200 in tackle for a hammerhead. Well done all around. 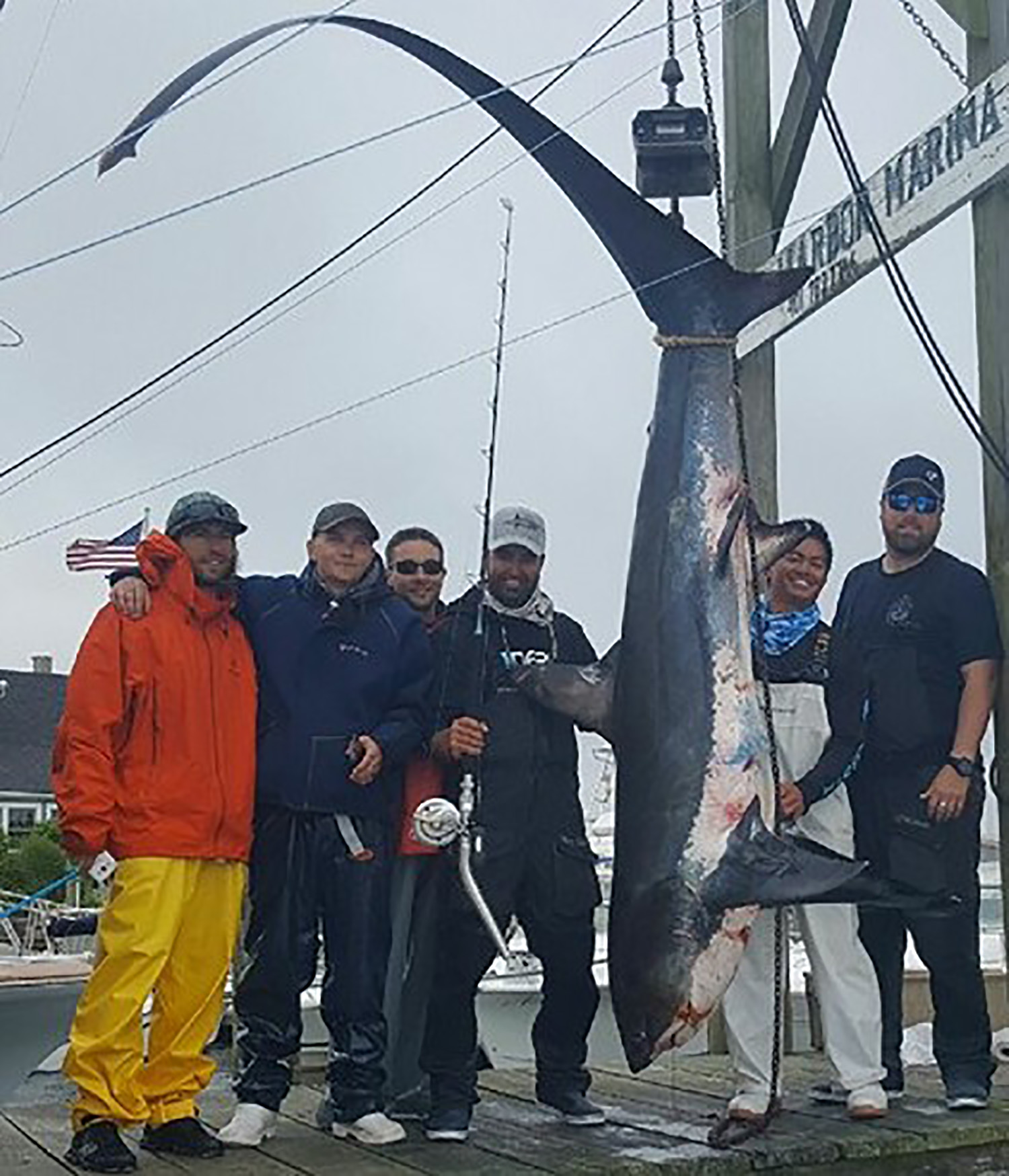 A tip of the camo hat to RIDEM Enforcement. On July 6, Officers Adam Hill and Jeff Mercer noticed several Massachusetts license plates in the Galilee boat ramp parking lots, also knowing the Ma. commercial striped bass fishery opened the following day. After cross referencing the owners names, two were found to be commercial license holders. When the captains returned, their boats were boarded. Officers found 6 stripers and none had their right pectoral fins clipped, as necessary under Rhode Island law. According to RIDEM, charged were Chad W. Braga, age 31, of Swansea, Massachusetts and Brandon DeFaria, age 34, of Rehoboth, Massachusetts. Braga and DeFaria are scheduled to be arraigned in 4th Division District Court on Wednesday, July 27. After the fish were photographed as evidence, they were donated to Amos House, which feeds more than five hundred people each day.

The fin regulation is intended for all fish kept for harvest over thirty-four inches. No fish can be sold commercially without said clipping. It keeps us honest. Just a few weeks ago, Warren’s Michael A. Saviano became the first person charged under the fin-clipping regulation after he was arrested at the Independent Park Boat Ramp in Bristol and is due in 6th Division Court on July 22. 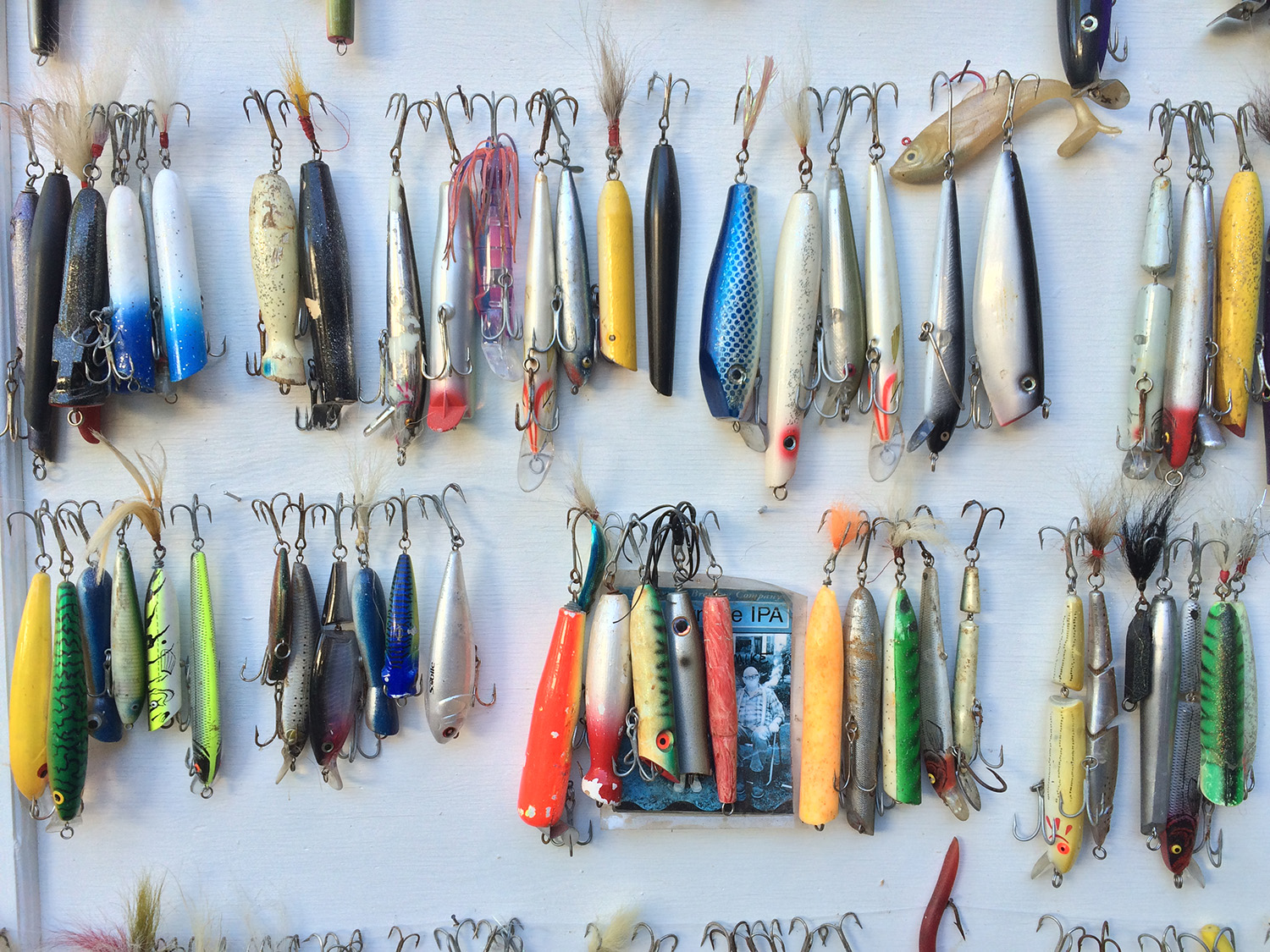 you gotta be prepared to catch fish

Striped bass consume lots of smaller fish and crustaceans, helping to keep other populations in check and tend to be a bit more opportunistic, read lazier, than other predators like bluefish, which is part of the reason they are not considered apex predators, like the orca, which eats whatever it wants. Cape Cod fisherman Bruce Peters got a good look and a photograph of a rare orca last week, just a few miles off Chatham. Known to biologists as Old Thom, the orca not the captain, he is a bit south of his normal feeding area of Newfoundland and Labrador and while the cape has a large population of grey seals, as a true top of the food chain consumer, they believe he is in town feeding on dolphins, mackerel and possible minke whales.

Big stripers have been the topic of conversation last week after one angler kept a thirty-four pounder caught off Block Island (not “Block”). Once filleted, he realized it was a she and she was chock full of roe, almost six pounds of it. A little guilt set in and the questions started, which is fantastic. His feeling from taking home a breeder is an excellent sign of how far we have come as fishermen.

The short answer here is that generally, the larger bass are females. We covered this topic last year and among other findings was that research performed in 1977 detailed the growth of oil globules in females, necessary to nourish larvae. Larvae spawned from females weighing in excess of ten pounds were larger at five days and had a stronger reserve of oil than those from smaller females. The opposite was true for females weighing less than ten pounds. Females produce millions of eggs and it’s believed a thirty-pounder can produce almost five million. Now we know a mature female can emit between 500,000 and 3 million eggs, that some populations of bass return to their natal rivers and that female fish tend to grow larger and live longer than males, so the quick math tells us that if you catch a big one, it’s probably a female.

Returning her back after a photo session means a strong chance of her returning next season to spawn again and since it’s estimated that less than one per cent of striper eggs make it to maturity, we need ‘em all.

Morning could not have arrived more peacefully, laying down her winds to greet a full sun rising behind wisps of light cloud cover keeping fish daring in shallow waters. Kayak fishermen came from Massachusetts, Connecticut and all over Rhode Island. Hobie’s Fishing...
Keep Reading

It’s time to get tight with Spring fish because just like that, we are surrounded by stripers, squid, tautog and all the while, largemouth bass are making their beds while the smallie bite just better. Tune into our weekly Fish Wrap Fishing Report each Friday on Spotify and wherever you get your podcasts.

September is such a sportsman’s month. Fish are in big time, goose and deer season opens and the Fall archery season for turkey begins. Waters are warm; around 66 off the beaches and as high as 72 in southern salt ponds. Days are warm, nights are cool. Provided Mother...
Keep Reading