How To Fish With Your Hands & Learn From The Sea

Long before inventions like propellers, power blocks or stern trawlers, men hauled heavy fishing nets by hand. Hard to believe for some perhaps, but ingenuity, grit and small boats were the common tools to catch, sort and sell a day’s catch. Photographer Markham Starr has made a wonderful documentary, “Rhode Island Trap Fishermen”, of our neighbors who fish today much as others did two hundred years ago. 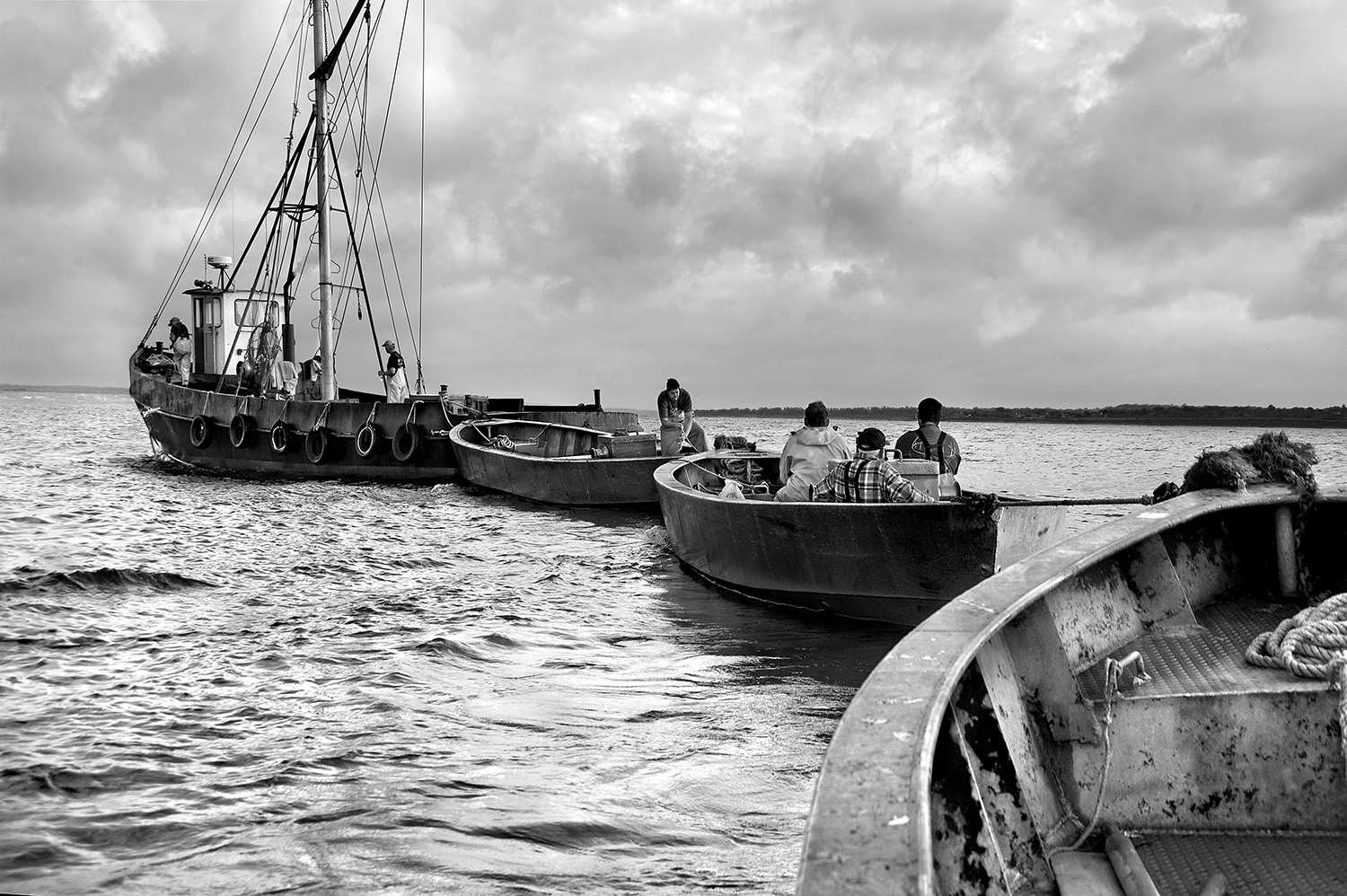 Starr’s film is a visual museum, beating with the heart of real locals who do what comes naturally, and it’s hard work. They set in a sea and haul in a sea and pull in a sea until everything aches then they go back to hauling more. The movie has a fine, homemade feel, which is right because this was once a very practical, no frills town.

Trap fishing is a clean, ancient fishery where only fish meant for market are boxed while the rest are returned. Much of today’s commercial fishery debates are of discards, those unwanted or illegal fishes which do not survive the crushing  pressures of a cod end of twine or dumped aboard en masse. Trap fishing avoids the waste, providing a high quality fish in a short time. It would have been good to see more about that selectivity, the on-board sorting, about how a practice so ancient was so forward thinking, long before we had anything called “green” or “sustainable”.

lifting the pot of a pound net

Watching those boats and listening to these men will help you understand not just how things used to be but also how hard fishermen work for their living.  Like many facets of coastal towns, where what was just work has eroded to nostalgic conversation and old photos, fish traps have a much smaller footprint than just a generation ago. It’s an important film.

One fish on the minds of many fishermen these days are black sea bass. Their recent abundance has sparked questions of why there are so many, are they are a result of climate change, which is not a hoax, why are regulations not keeping up with them and will they decimate the lobster fishery. To help us understand much of that, the RI Natural History Survey invited Gary Shepard, Supervising Research Fishery Biologist for the National Marine Fisheries Service, to URI’s Coastal Institute.

“You very much are the Natural History Survey, ” Dr. David Gregg told the room of attendees after the Survey’s Program Administrator, the amazing Kira Stillwell, had first greeted everyone. The Survey is a wonderful and absolutely vital conduit between people blessed with knowledge on a myriad of natural subjects and those amateur naturalists who want to learn more.

Gary started with biology basics. Black Sea Bass are one of 65 genera and 450 different species of the grouper family. They’re also protogynous hermaphrodites, meaning some tend to shift sexes from female to male, making them the only temperate northwest Atlantic hermaphroditic fish species. Scientist know of about 21 families of fish that are hermaphroditic, including the cute little red and white Nemo, but that tidbit might ruin the feel of the popular movie. They switch sexes between ages two and five after they’ve spawned although some smaller males, called streaker or sneaker males, might turn earlier, throwing a wrench into traditional mating scenarios and older males harums. 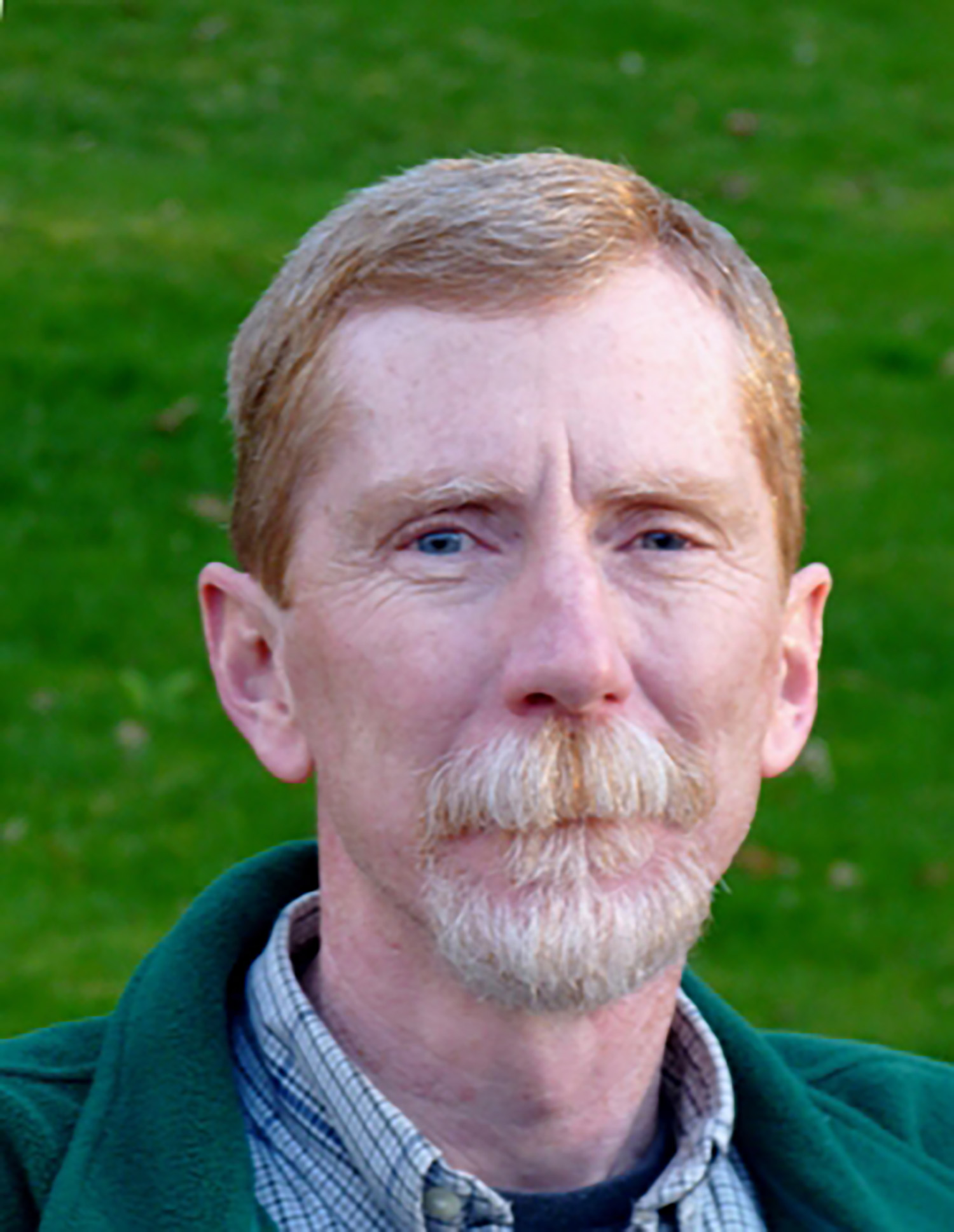 While fishermen holler about piles of sea bass, Gary showed data that the year class filling our waters right now is actually on the decline. The 2016 stock assessment noted that “catch is increasing dramatically,” partially because warm offshore waters in 2011 produced a very strong year class in the northern area. The abundance we are seeing now is a reflection of that strong year. With a life expectancy of approximately 14 years, most fish around here are around nine years old so you can do the math to see the logic. He also noted that are seeing more productivity in our own stocks, not just more fish moving north.

Gary addressed concerns of sea bass abundance and regulation lag. Crafting regulations is a process, multi-layered in its research, information extrapolation, peer review and dissemination to Science and Statistical Committees for final recommendations to regional councils. It sounds tricky and it is for good reason. Scientists tend to be conservative in their recommendations because overestimating stocks could contribute to a decline or collapse. There is always room for people to get involved. 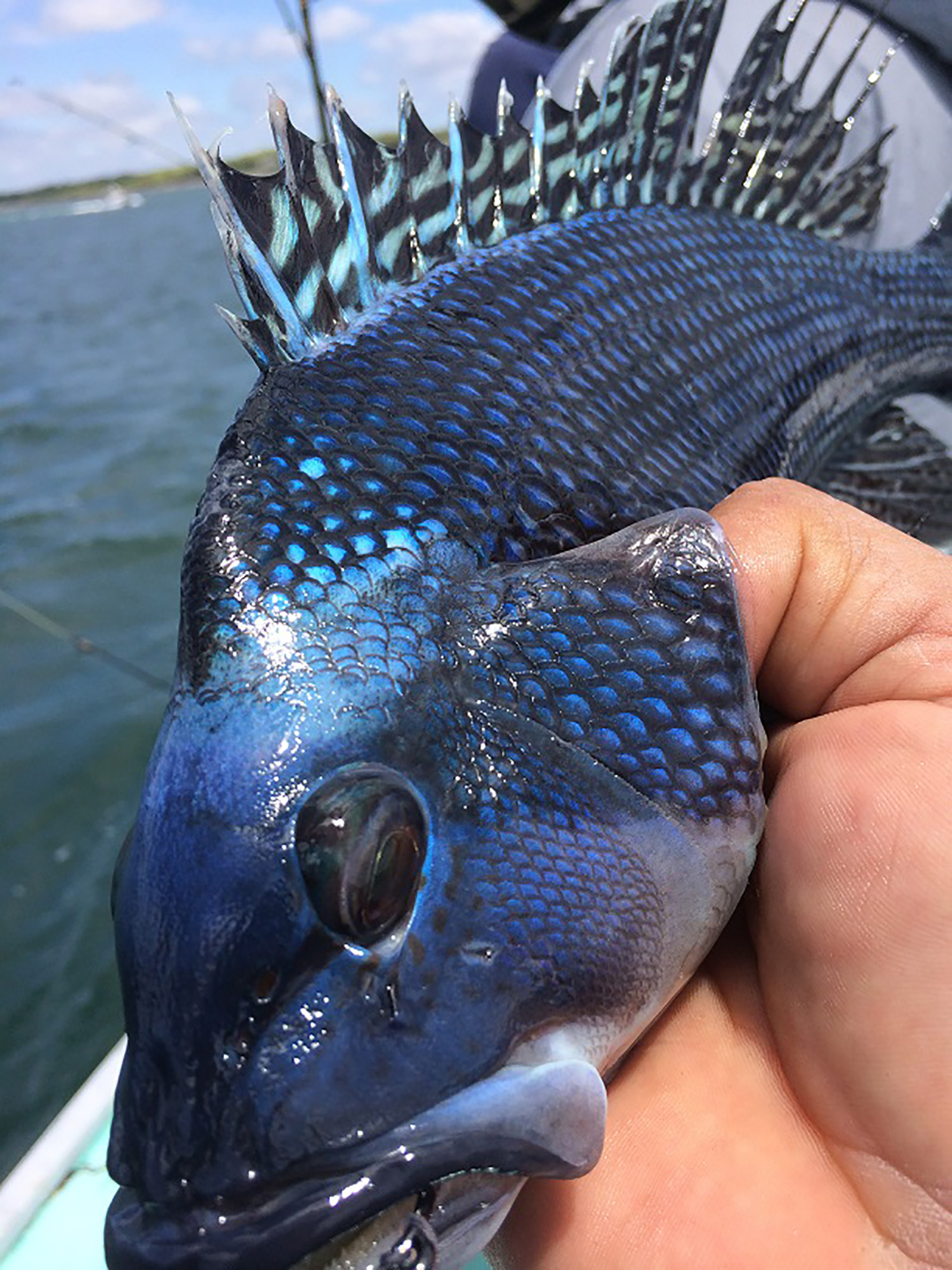 Fishermen often talk about how many fish they see and that research tows are always in the wrong places. Much of the data that helps craft regulations comes from research vessels, Like the Henry B Bigelow. She is 208’ long with twin net drums each capable of deploying 4000 meters of 1 ⅛” diameter trawl warp. Her main net is 16’ tall by 80’ wide with ½” twine mesh in the cod end. All that means that researchers long ago opted to use a system of random area samplings, as opposed to towing that beast over your favorite rock pile, which certainly would end any concerns over high fish abundance.

As for concerns about black sea bass destroying what’s left of the lobster population and the commercial fishery,they’re not to be blamed. Vulnerable juvenile lobsters spend their formative years hidden and when large enough to forage more aggressively in the open, they’re generally too large for a sea bass to consume. While certainly opportunistic feeders, just like stripers, cod and bluefish, some will be found in lobster traps but they prefer crabs, squid, herring and other benthic invertebrates. 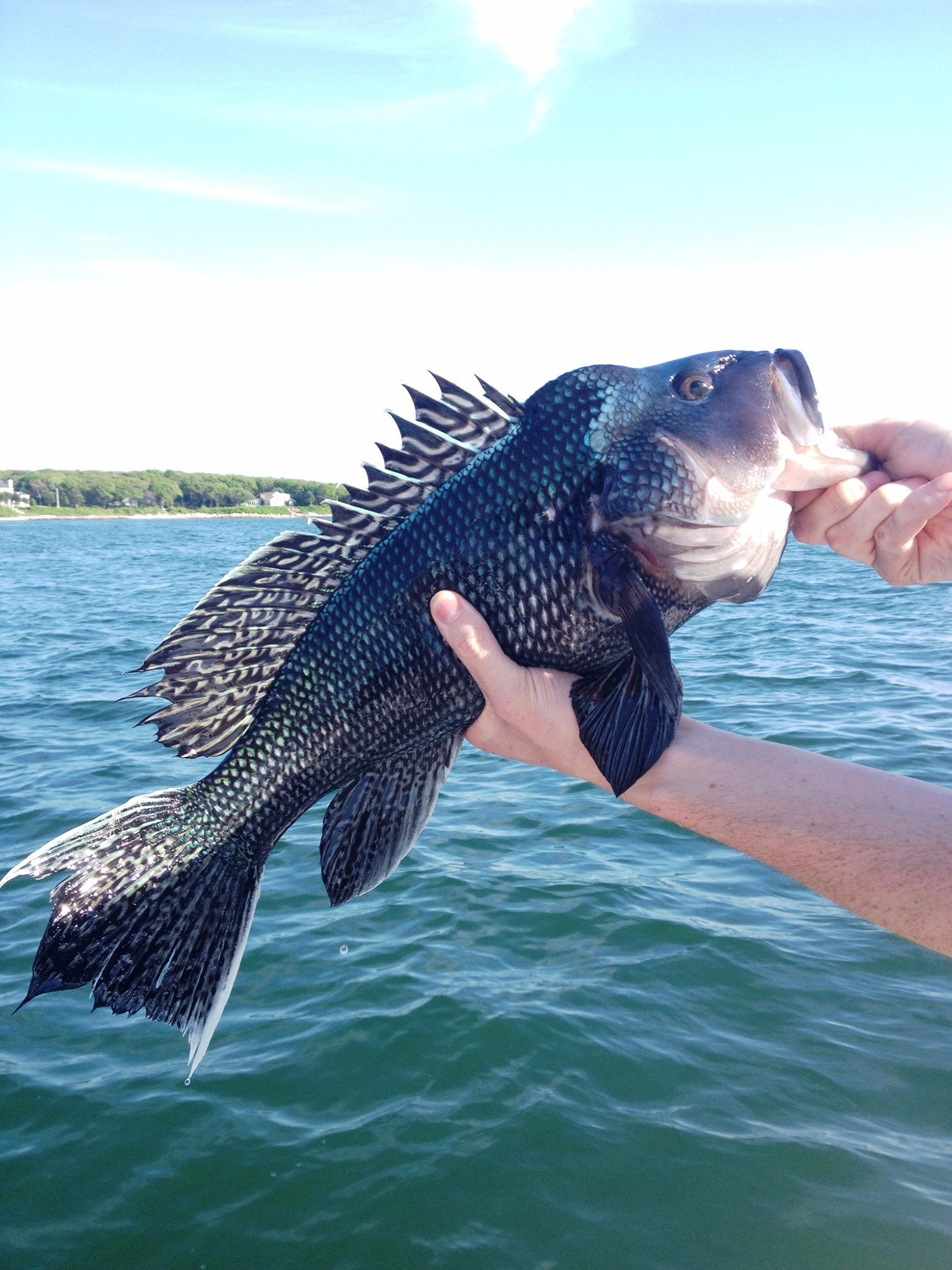 Managers will work diligently, ultimately, theoretically, for the benefit of the seas and her many users. Commercial and recreational fishermen will continue to have an impact on stocks. Disconnects will remain between scientists, regulators and users. The Survey will continue to help us understand it all and meanwhile, trap fishermen will haul nets on cold days with hands, shoulders and backs.

So much around us is simply remarkable.

Todd Corayer is a lifelong fisherman and Advisory Board member of the Mid-Atlantic Fishery Management Council who lives not far from Rhode Island’s Saugatucket River with his wife, who supports his fishing purely to get him out of the house and a young son who absolutely catches more fish than him.

the bears den, scahbro beach & camaros. i swear this is still a fishing column

this column was first published in the RI Central newspapers a few weeks ago...apologies for the delay Well, we finally got ourselves some winter and hopefully our next installment will include reports of good people catching fish through the ice. Patience now, no one...
Keep Reading

If you want some fair chance at success in early light, high sun or lazy twilight, LIVE TARGET Pumpkinseed target lures may be just what you need to close the deal. They are life-like, have some serious wiggle and the perfect balance of paint and shadow to entice even the most wary bass, pickerel, walleye or Northern pike to attack.

How to help Trout Unlimited, see muskets & a fly fishing movie, have a beer & look inside a deer's mouth

Fall provides so much so this week, we offer opportunities to catch fish and possibly take home a few bucks, celebrate the season, inspect a musket, take in a movie and look inside a deer’s mouth. That's not bad for the middle of October. Snug Harbor Marina is hosting...
Keep Reading