The big bass continue to hold tight to the top of Narragansett Bay. Live pogies are still the best bet for the big girls and several fishermen have reported stripers in the 28”-40” range.  Down south, the salt ponds are producing plenty of schoolie bass action. Long-awaited worm hatches have been few and far between, a likely result of so much rain and cold water intrusion. Worms need that warm air/water/mud scenario to restart their mating rituals and that just hasn’t happened lately. Cocahoe minnows are a lure of choice for the spin fishermen. Most fishermen are landing schoolies just barely larger than the lure with the exception of one young kayaker who out-fished his guide, again, landing a fat 33” bass in just a few feet of water.

Fluke fishing has been a slow pick around Block Island but one local did report a plethora of bluefish in all sizes. Blues have made some sporadic showings around the Bay and the south coast but not in large numbers. That onslaught is imminent. The Block Island report also mentioned a bass kept for the grill with a bonus scup in its belly. Scup fishing from a boat or the shore is open all year with a 30 fish per day limit with a 10 inch minimum. Tautog season closes on June 1, reopening on August 1. 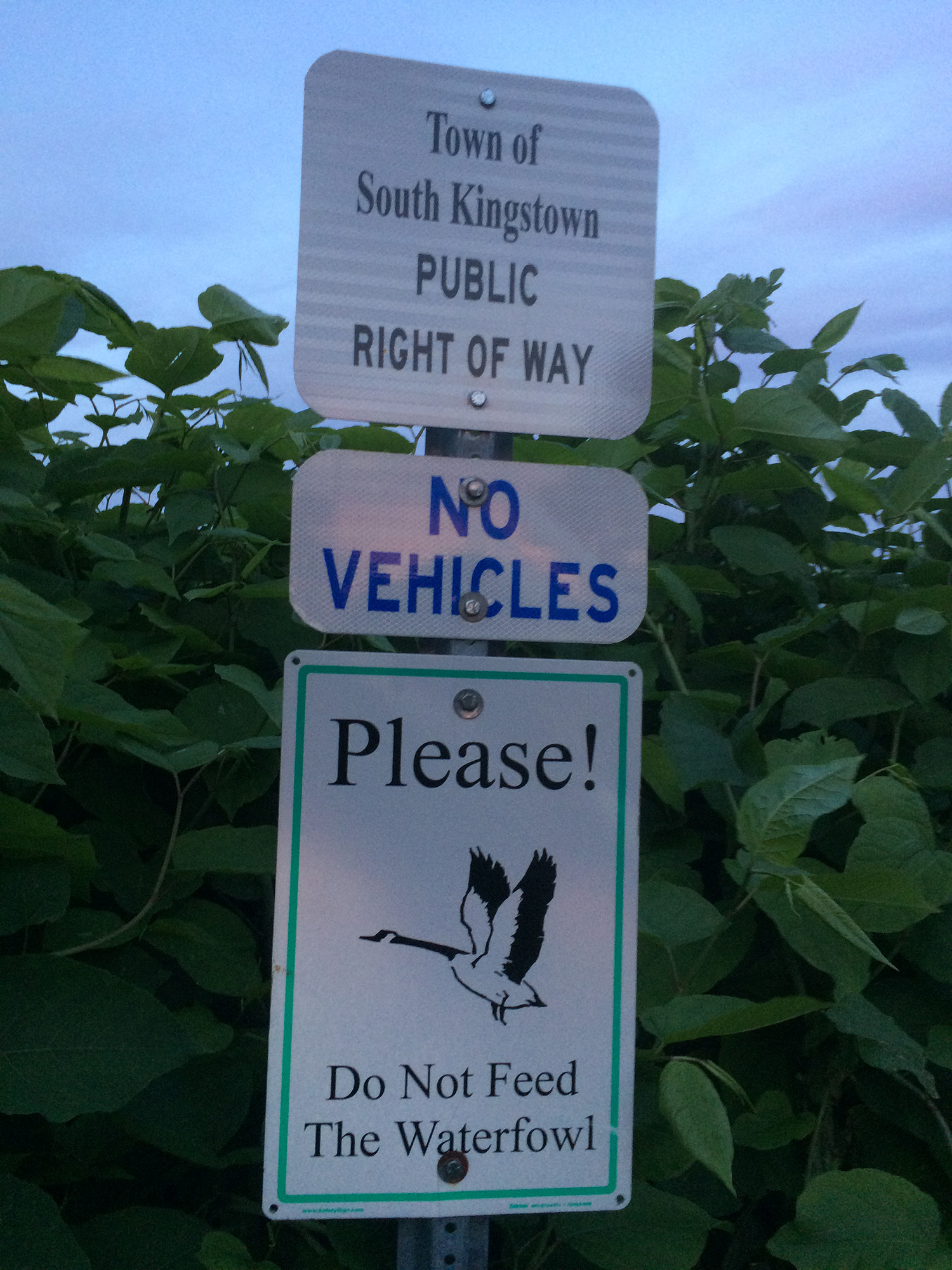 A tip of the camo hat to the South Kingstown Highway Department and their in-house sign maker, Bill McCusker, for their work replacing and upgrading Right of Way signs. South County is fortunate to have several public access points to oceans and salt ponds so those unfamiliar rely on signs to guide them. Too often the signs disappear or fade over time. Bill’s done a yeoman’s job of keeping those signs in all the right places and has just updated several in the Matunuck area.

Speaking of, at the end of Ocean Avenue is a ROW sign giving access to a really fine staircase and cement pad walkway to the East Matunuck Beach but there’s no place to park and it’s an unreasonable walk from anywhere legal back out on Matunuck Beach Road.

Basically, it serves as a private staircase to a long stretch of public beach. There are rocks on the seaward side of the lane which someone has strategically placed, one would assume, to prevent the public from utilizing a public access. As our state grows busier and more crowded, it’s really critical to preserve and use Right of Ways to waters of all types.

Scott Travers is a passionate outdoorsman, bow hunter, fisherman and hunter education trainer at RIDEM and he’s been robbed. Some person or persons stole a bag containing much of his prized fishing rods, reels and bows. Scott does quite a lot to help sportsmen fish and hunt safely, is well respected by our community and now needs our help to find his gear. Keeping an eye on sites like Craigslist or catching someone’s conversation about trying to move some expensive gear for the cheap will help. This is an ongoing investigation so if you have any information, please call RIDEM Law Enforcement Detective Sergeant Sheila Paquette at 401.222.3070. 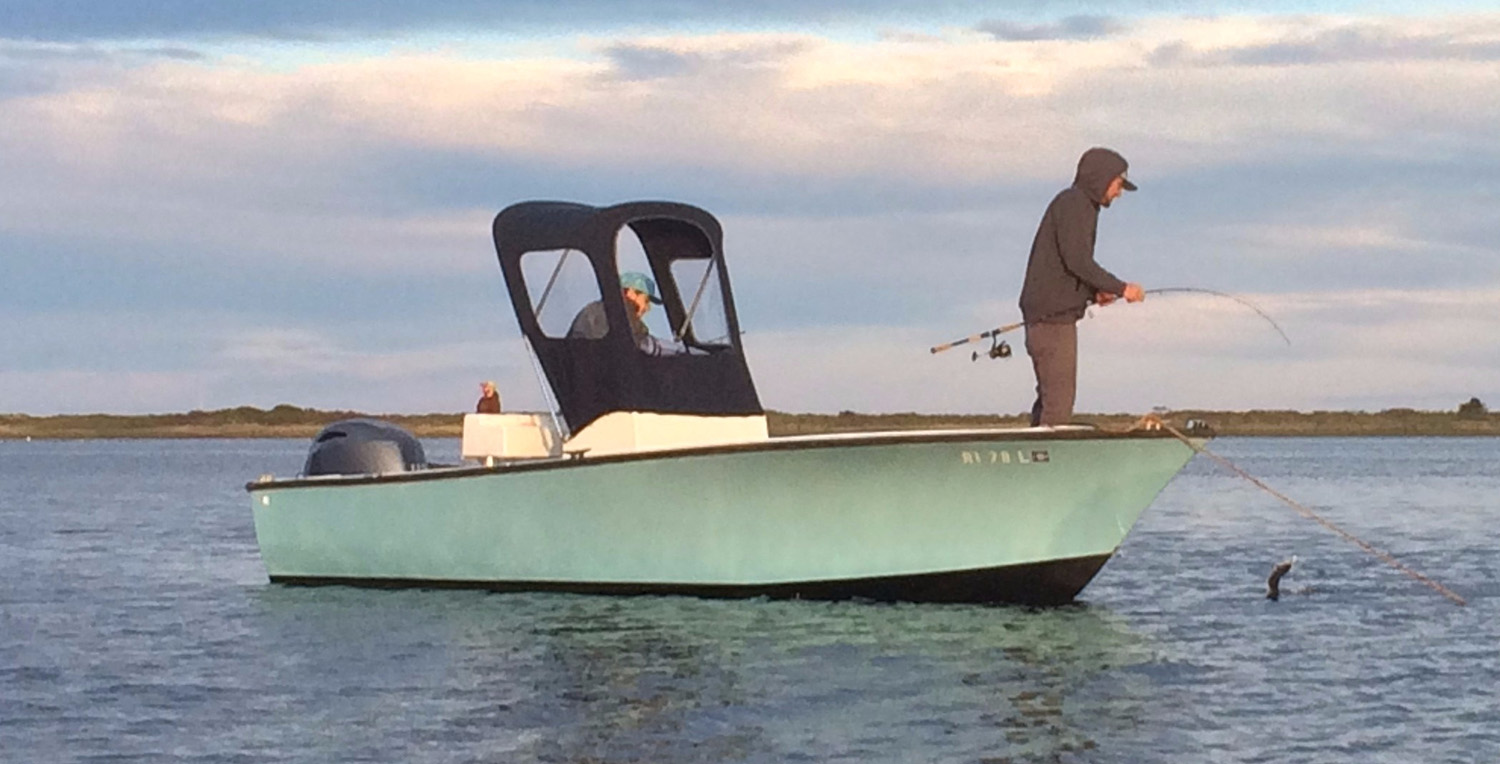 Visiting and returning anglers are reminded to purchase a resident or nonresident fishing license. They expire at the end of each calendar year and with the exception of the trout conservation stamp, which you only need if you’re planning on keeping your catch, you can purchase a license online at https://www.ri.gov/DEM/fishinglicense/license_type.php.

Fishermen can also purchase or renew your Rhode Island Saltwater Recreational Fishing License at www.saltwater.ri.gov. It costs seven dollars for Rhode Island residents and ten dollars for non-residents. Residents and non-residents can purchase a seven-day license for five dollars. There was much consternation years ago when the saltwater license was instituted but for now it’s the law. 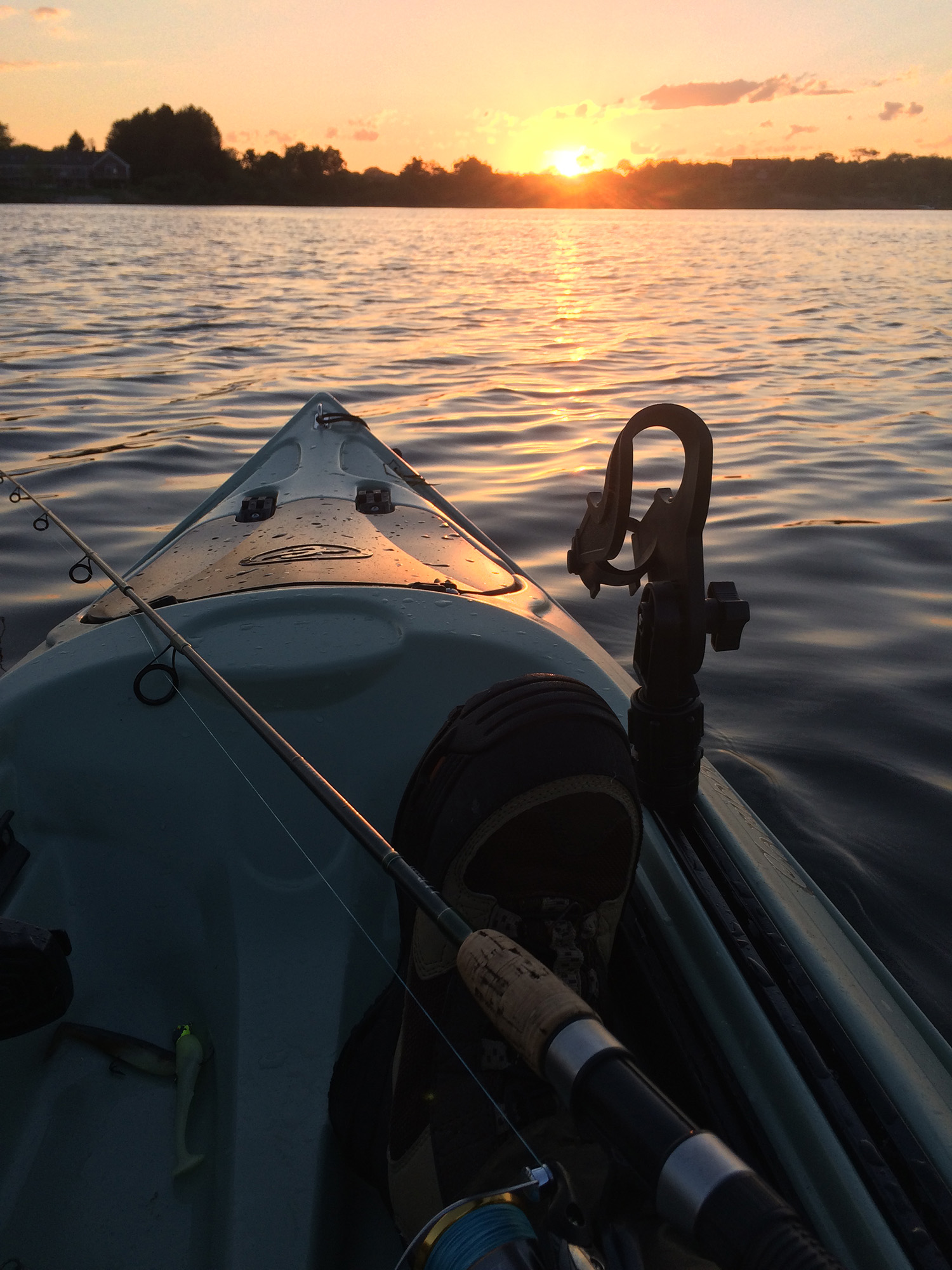 Save the date for Woman’s Day at the Carolina Trout Hatchery on July 16. RIDEM and Trout Unlimited Chapter 225 are hosting a full day of training, counsel and fun for fly fisherwomen. Kim Sullivan will be there along with TU members to teach knot tying and casting. The pond will be stocked with trout, including a few goldens for those looking to add a pin to their vest. TU’s Northeast Region Women’s Initiative Coordinator and Orvis Certified Casting Instructor Jackie Kutzer will be there for the day to lend her expertise and joy of fishing.

Casting through Covid with Peter Jenkins and without sausage and peppers

RIDEM does it. Town Council’s do it. School Committees do it. Wine clubs, I mean book clubs, do it. Now the RI Saltwater Anglers Association is doing it. Replacing regular monthly Elks Lodge meetings famous for helpful speakers and plates of sausage and peppers dinner...
Keep Reading