This week we’re turning the ship around to face a few of you, to hear what made 2018 special or maybe fantastic. Some folks landed the trout they dreamed of, some couldn’t get their math straight, some were just happy to get out and fish with their friends. In no particular order, here’s a few stories to cast off another year and welcome a better one. 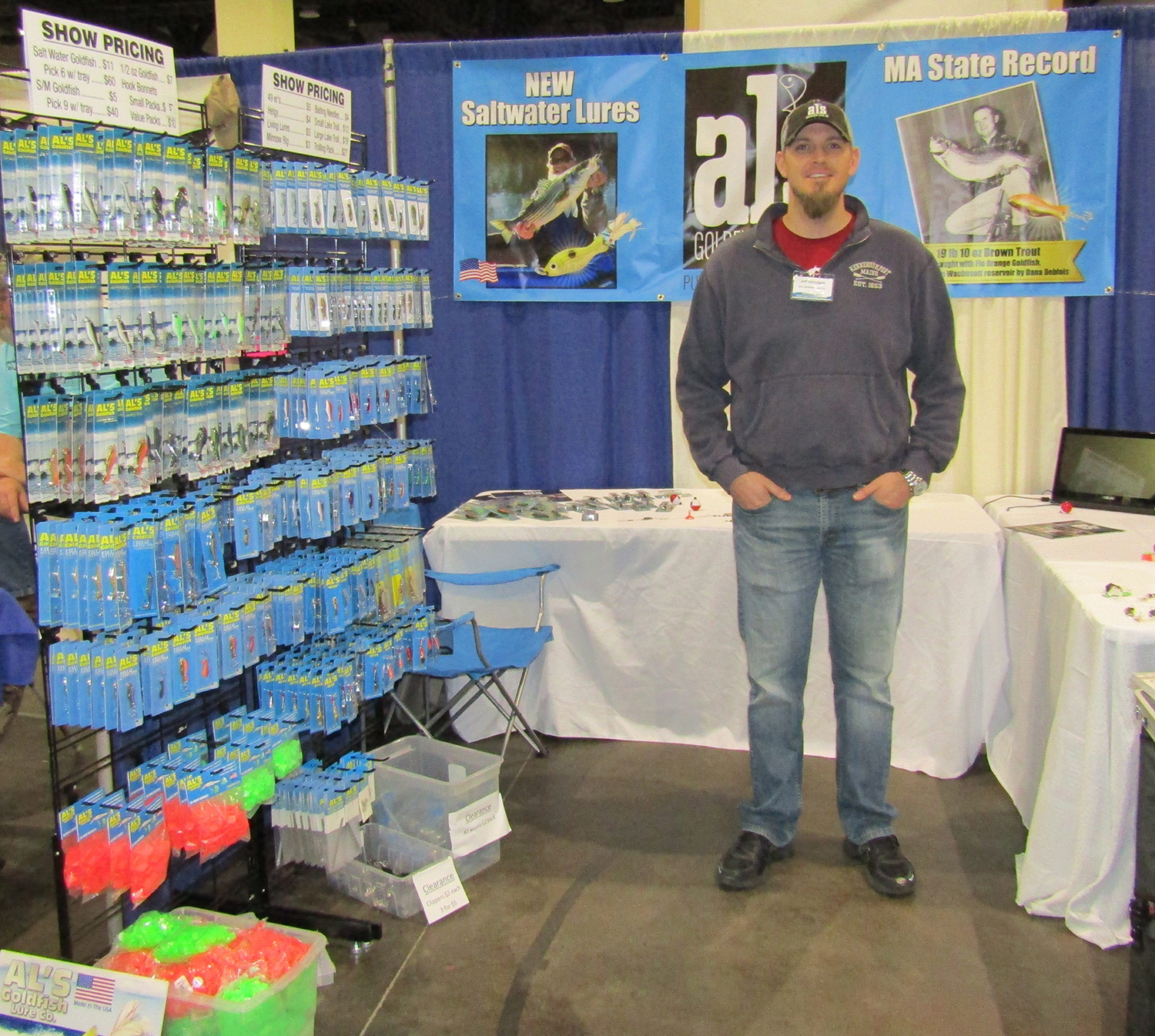 This is Jeff DeBuigne. He and his wife Mandy are the proud new owners of Al’s Goldfish Lure Company.

Jeff and Mandy DeBuigne are the characters who purchased Al’s Goldfish Lure Company from my old friend Mike Lee. We fished together this fall on The Cape with Captain Shenanigans, Lunch Break Eddy, who also happens to make a far out gin and tonic. They were in “Moosehead Lake in the North Maine Woods and Jeff caught the most beautiful landlocked salmon on 3/16 nickel Goldfish.  It was a gorgeous blue-sky day and we were both smiling from ear to ear and laughing that kind of belly laugh that pushes all the stress and worries out of the pores of your body. After high-fives and photos with my camera, he released the fish and I tucked my phone securely back into what I thought was a waterproof pouch in my waders. That moment will forever exist in our memories only, as I managed to fall down in the water shortly thereafter and my phone met its demise. That pouch wasn’t so waterproof after all. The next day my frustration was alleviated somewhat when I caught my first-ever brook trout on a chub-patterned Goldfish in a small river, but again, that experience will live on only as a memory!”
Tom Adams threw a lot of darts at the board but it seems right to let him have his space. The man is an ace. “I feel I had more than one real highlight out there this year; this was by far one of my best years for many reasons like being there for Kubota Steve’s first keeper and personal best 43” striper or getting out with Jeff Amberson and Guyton Thorne chasing bonito and watching a legend in the kayak community, like Guyton. “almost” land his first from the kayak or fishing with Brian (Hall) and Andrew (Cravin) catching striper after striper and hearing gunshots ring out in Fall River. The (Kayak) Clash is always a great time, fishing Fluke Til ‘Ya Puke with a bunch of fishing buddies and seeing Brittany (his lovely wife) up there at the weigh-in just missing it but her smile was worth it all. The NEKF Shootout is always one that will be talked about, fishing and camping with friends and like minded fishermen/women.

But since you asked for “one”, I guess it would have to be the Saltwater Edge – Why Knot Fishing Albie Shootout. I took first place, my first ever first place tournament. This tournament allows you to fish from MA, RI or CT waters for albies and every September I go to the Cape to stay with Eric and Jeff Amberson for the weekend to chase albies. They are a couple of great people and great fishermen, along with a couple other guests (Mike Barnes and Mike Baker) it’s become quite the little tradition. This year we set out Saturday morning and right as the sun rose it was on, not huge pods but lots of small fast moving pods of albies breaking. I lost one huge one and a brand new lure with it, we lost more than we landed that morning but the first one I landed was all I needed to win the tournament.” 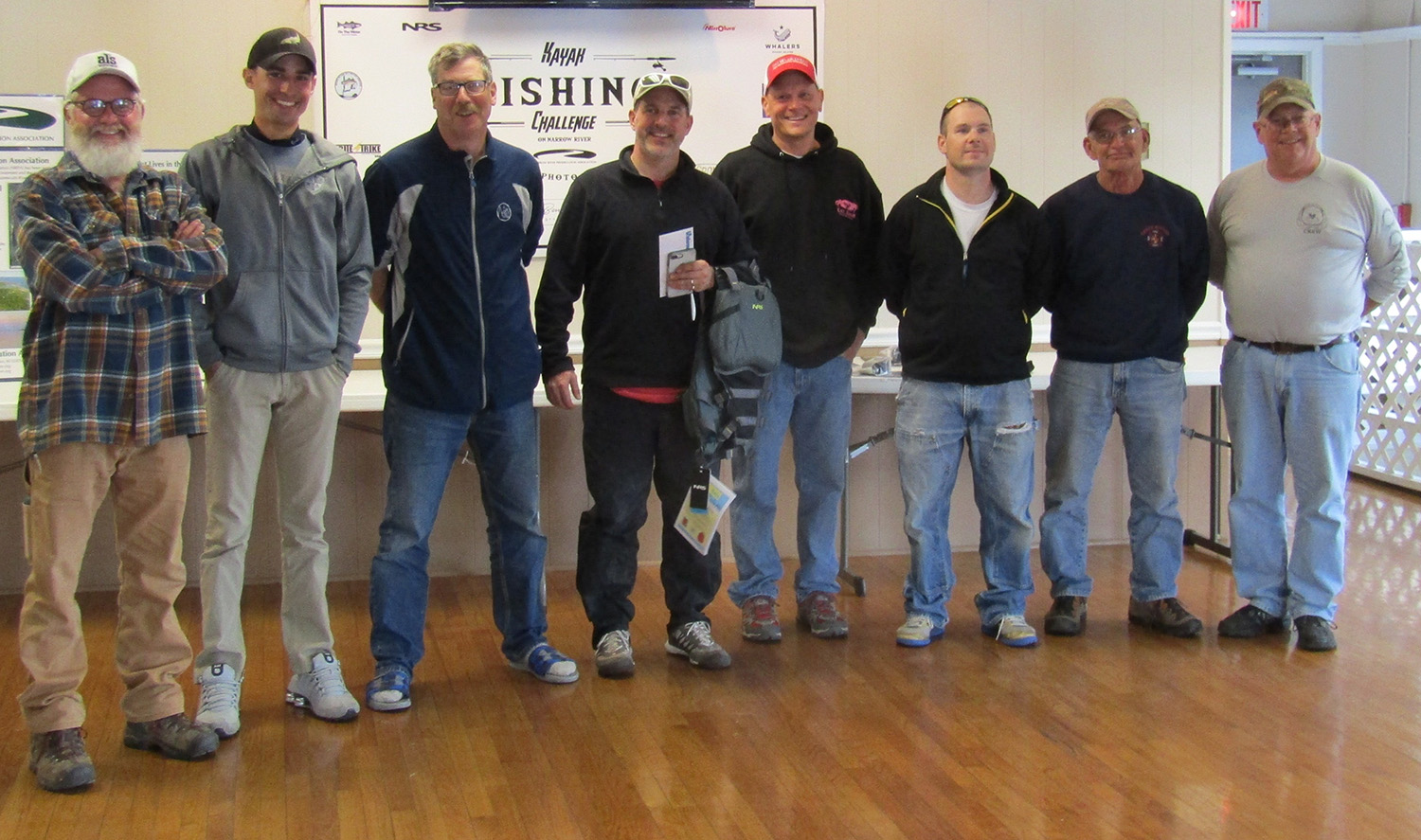 talk about a cast of characters…that’s Norm second from the right, next to Thomas Houde

Norm CZ. Norm is a Massachusetts kayak fisherman who breezed into uncharted territory for a September South County tournament. He got a look at the place for an hour or so before the captains meeting then paddled his way through a steady 20 knot wind to beat the local boys at their own game. “Well I think one of the best days was fishing with Tom O’Brien who was able to capture the moment on his camera and Hugo Medeiros in Buzzards Bay and getting my first ever Albie after hearing everybody say what a blast they are to catch and they sure were right. But I do have to note right up there was fishing the Narrow River tourney with everybody. I don’t think you could find a better bunch of guys to fish alongside of except for that one guy who went to his own secret spot.” ( I have no idea of whom he is speaking)

We met Jonathan Fallow, aka Jonathan Duxbury due to a small typo on our end, a few summers ago. He fishes around Duxbury, enjoying every single, blessed minute. He is a very lucky man.

His personal best was “an incredible two weeks in July when the pogies were thick off Plymouth Beach and Green Harbor. Big fish and a ton of fun with Jeff Brouder and Pat Sullivan on Evenflo. Then there was the day when I took Rob Howard on my boat and he caught two of the biggest fish he ever landed. The smile on his face made my summer. And of course fishing with M. Kenny.” (That M.Kenney character could be a whole separate column)
Steve O’Neill is The Fisherman Formally Known As Kubota Steve. “That’s an easy one. Back in May on a night that me, Brian Hall and Tom Adams should have cancelled because of the weather, I caught my first keeper striper. It’s possible that it will be the biggest I ever get as she measured in at 44″. She was successfully released. Was a fantastic night. And yes my name is Steve O’Neill.”

Did anyone else notice how that 43” fish just became 44”?

All these people make my job a pleasure, possibly a bit challenging at times but really, a total pleasure. Next week we’ll hear from a few more characters and get 2019 started. 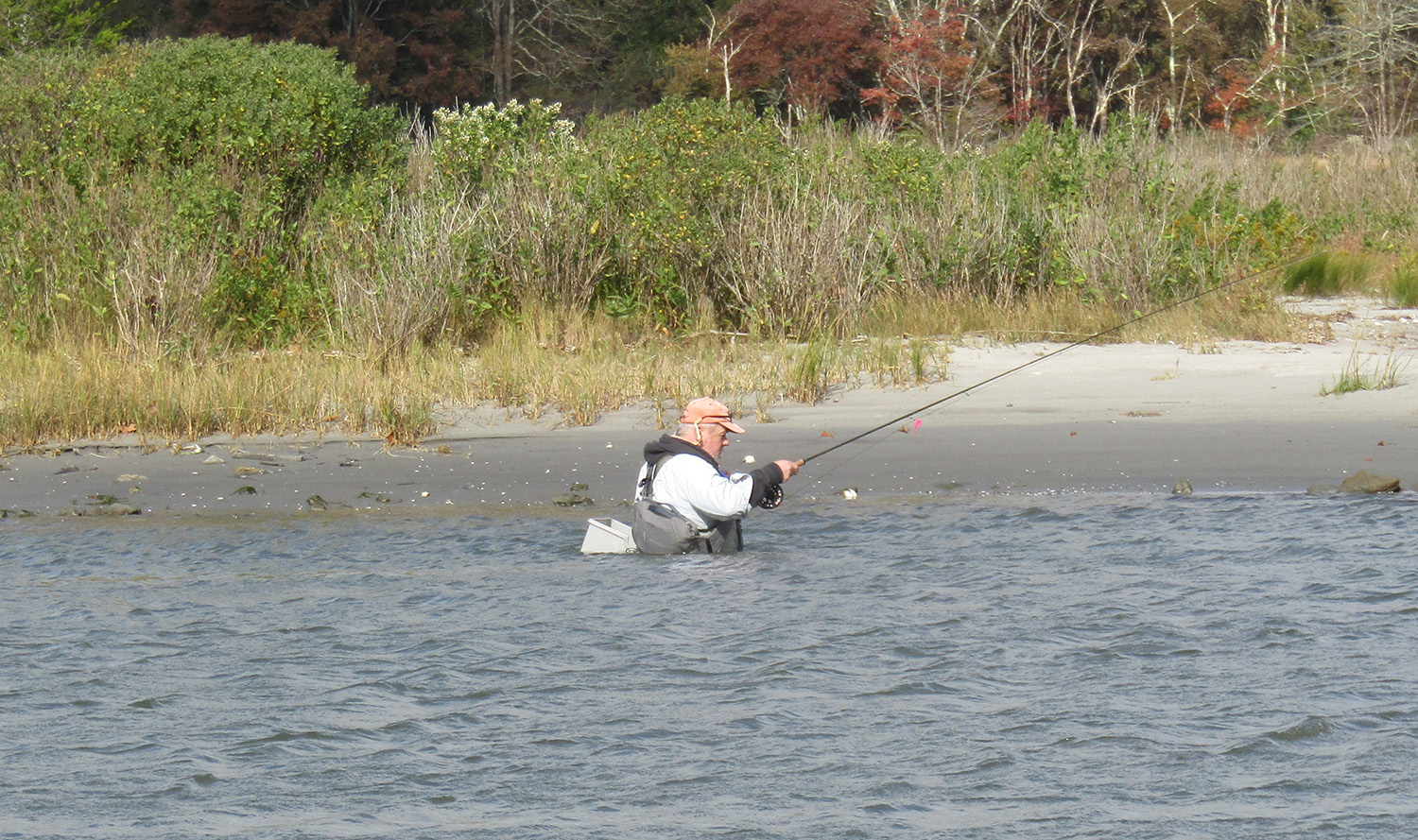 We were lucky enough to try out a new Hobie Mirage Compass kayak in pursuit of false albacore on the south shore of Cape Cod. The weather was touch and go but the fish were feeding and to make things even more interesting, the water boiled with King mackerel. What a...
Keep Reading

Our 2021 Fish Wrap Writer Holiday Gift Guide will help you choose some fun, handy, thoughtful and maybe even perfect gifts for any outdoorsman or womann on your shopping list. We are very fortunate to meet lots of wonderful people and many of them create great products we can share with you. Happy Holidays!

May gardens, once diligently pruned, managed and defined, are now September gardens: thick, vine heavy affairs where tanned cucumber and zucchini leaves have overtaken peppers and lettuce. Tautog, stripers, bluefish and a late shot of fluke are in close,signalling a...
Keep Reading

the bluefish are here-narragansett times,7/25/2014

It’s good to be in a good groove and it’s good to know there are lots of fish around, even if they are not really around you. The big bass we pined for all spring and early summer apparently passed on hanging around our beaches and for the most part, went directly to...
Keep Reading