Neresis limbata is wiggling its way through my patience 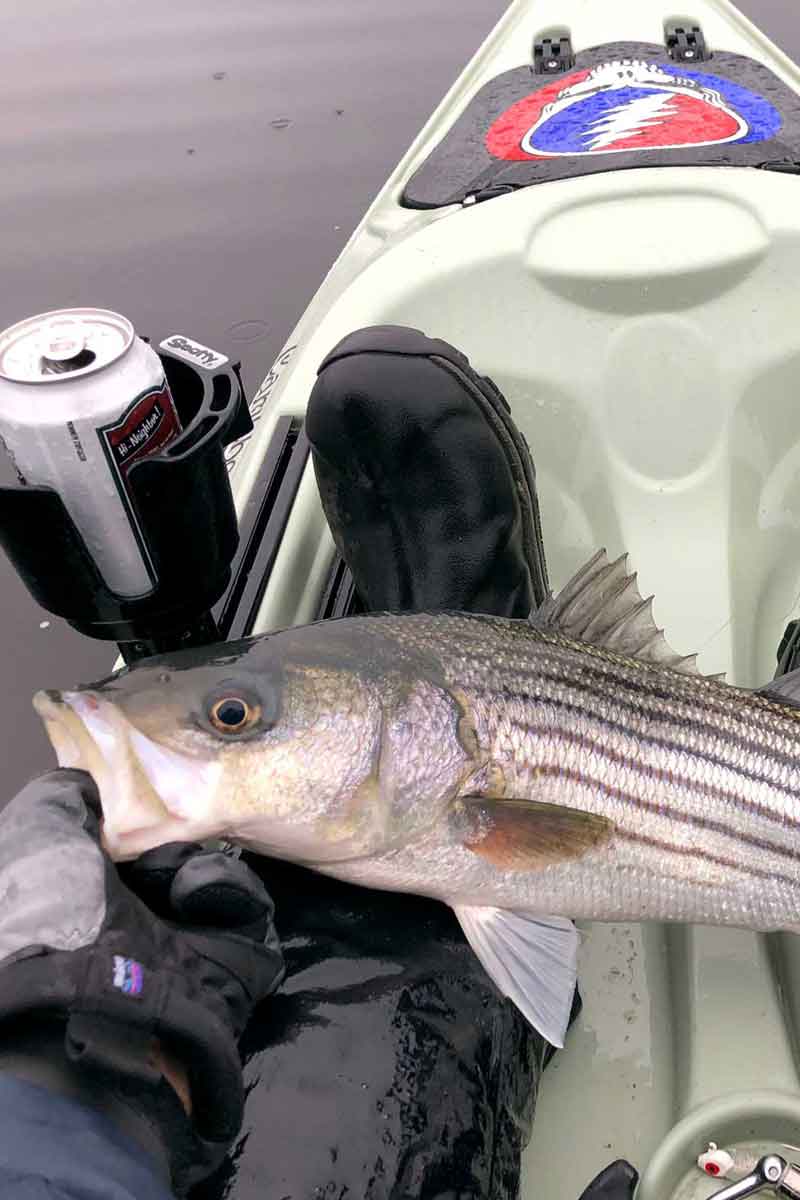 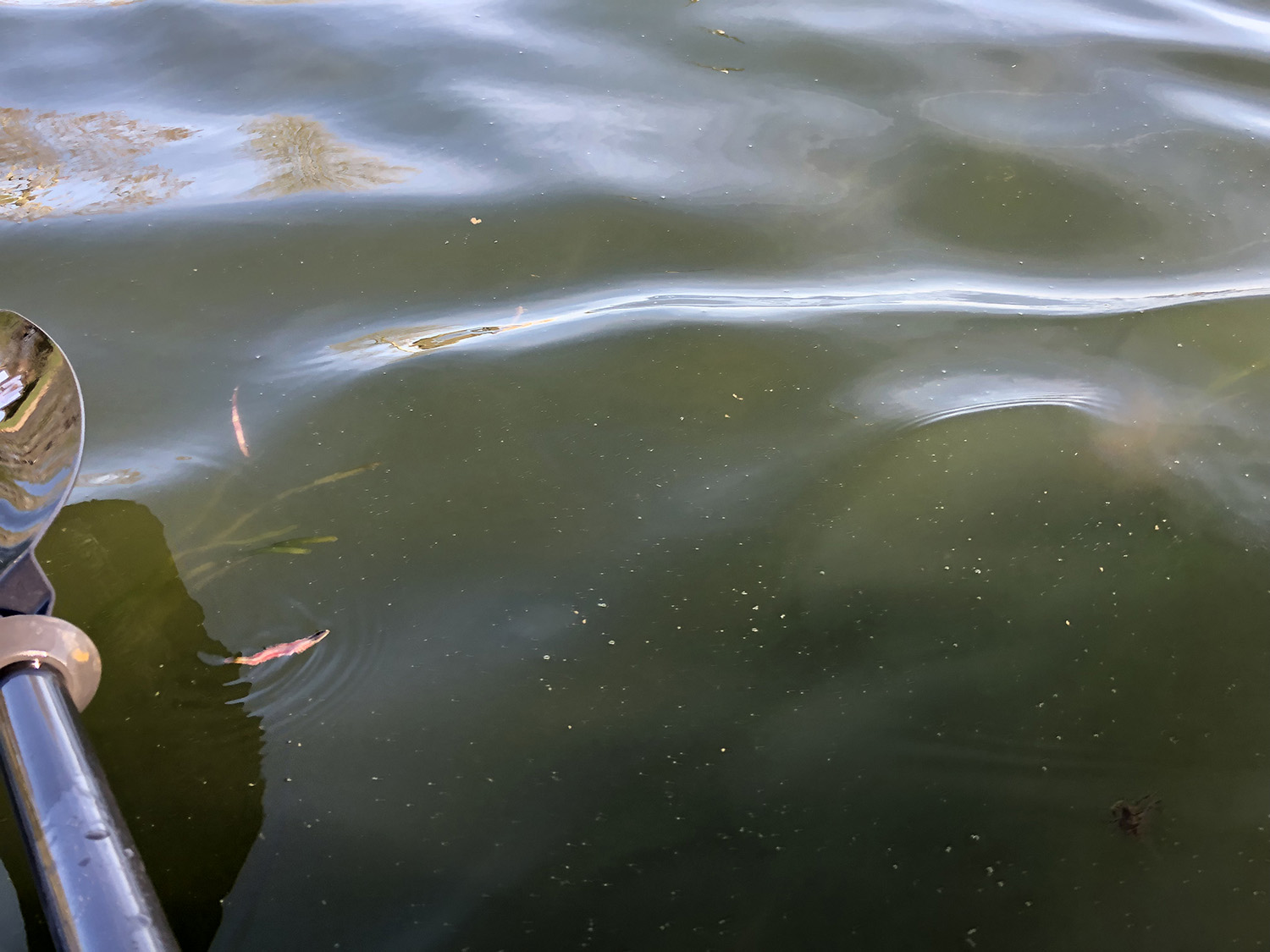 They’re a fickle menace. They’re slimy, fleshy, wiggly segmented polychaetes who spend most of their lives working the mudflats of salt ponds and estuaries.

Mother’s Day seems to be an annual coming out party as they leave the dark muck for late sunny afternoon swims to the surface under clear, calm skies. Cinder worms are a menace who drive fish and fishermen crazy.

Despite the common colloquialism, the emergence of cinder worms is not a hatch at all. Bugs hatch. Caterpillars hatch. Chickens hatch. Cinder worms just head upward for an extended soiree as fishermen cast red or pink marabou and arctic fox patterns to fool them into capture. Most days, the odds are with cinder worms fooling a fisherman.

Through most of the year, cinder worms reside in the mire breathing oxygen through their skins. With some natural late Spring warmth increasing water temperatures to the sixty to sixty five degree mark, they shimmy their way to the water’s edge, searching for a mate. Or a few hundred. It’s a glorious escapade where thousands of excited potential lovers swirl around some shallow waters, getting their mojo on, rubbing into each other, putting on their best show and hoping to sow some evolutionary seeds. There’s a real Spring Break visual for you. They cruise close to the surface then just below it, soaking in a warm surface then diving back down a bit before repeating the dance. Then come the stripers.

It’s really a magnificent miracle of Nature that bass know just when to be where when they’re there. Salt ponds can be devoid of bass for a few weeks, which is usually when I get time to go fishing. Then, the muds warm, conditions turn on, the moon rounds a corner to shine on still waters and out they go. It’s fantastic. It’s precisely that moon that calls them but what happens next is even more amazing. During the courtship, there emerges from their posterior a small appendage resembling a paddle, called an epitoke. This handy part propels them through the water column, all the while emitting critical evolutionary fluids which guarantees survival of the species. There’s another visual for you. 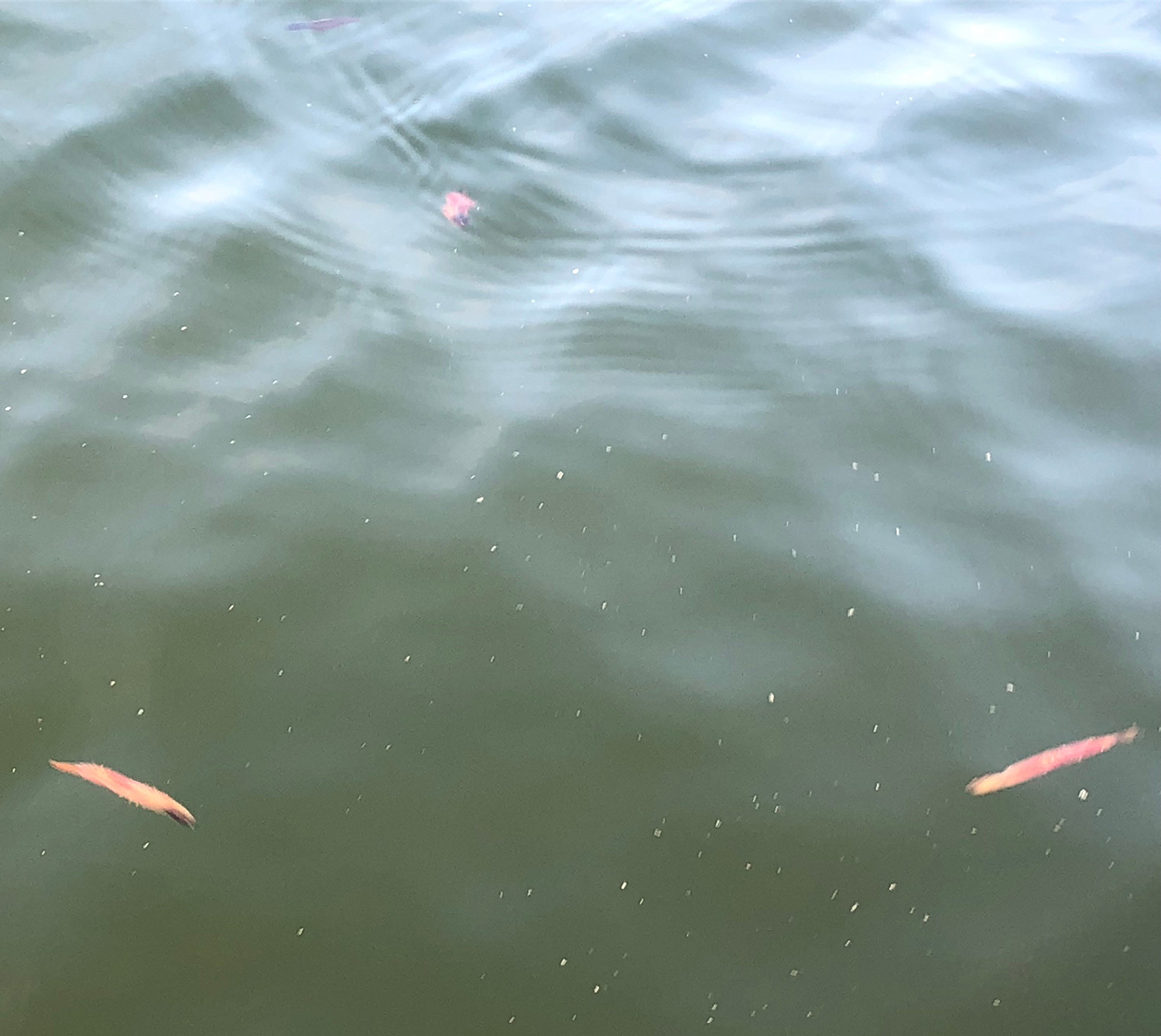 Cinder worms shimmy and shake under the moon

In the midst of all this love and action, stripers feast. They gorge themselves on as many as they can inhale and slurp while other bass cruise around them in an all out frenzy. During normal conditions, fishermen will whip their heads around to the point of injury when hearing a fish splash behind them but after twenty odd minutes of stripers taking in the surface buffet, it’s hardly beneficial to even look around. The best plan in the midst of a cinder worm circus is to either stick to the area in which you’re already casting in the hopes of a hit or to aim for swirls to send one home to an open striper mouth. It’s fantastically frustrating.

Traditional fly patterns are thin, red, a bit furry at best. More advanced imitations have foam up forward to keep them afloat while creating some disturbance and therefore attract some attention. Cinder worms don’t really move very quickly so the best retrieves mimic their erratic, swirling jiggle. Ever see one of those twirly girls in the parking lot after a Grateful Dead show, swinging a big dress around and around to the beat of an exploded Chuck Berry song? Well, even if not, the best fly casters out there can match the action with a fly. My pal Eddy Stahowiak out on Cape Cod builds these crazy big flies for the pursuit, which are actually more like little red tanks with boogery eyes and lots of fur. His point from the vise is well taken: Sometimes you have to stand out, big time. With a few thousand nearly identical worms ‘awiggling their way through a peaceful evening, you can either run the odds and cast and retrieve the night away of throw a real bomb and increase the odds of catching a stripers eye. Old school fishermen may take issue with all that derailing of established practice but Eddy’s right, you need to rattle the lateral line sometimes.

A former friend plans his customers trips to the worm hatch the day after, believing stripers will still be in close and hungry but that totally misses the point of all this mess. Swinging an eight weight with an Eddy fly the size of a young Chihuahua or casting a light tackle rod with a Carolina rigged pink Slug-Go as the sun sets and the challenge plays on is to bask in this wonderful, timeless May celebration. Mother’s Day may be the unofficial opening of the ill-named worm hatch but it’s also the official start of so much fun on a salt pond or back cove estuary where we humans work our damnedest to out think Mother Nature and a two inch slimy worm can outsmart fish and fishermen.

I love every minute of it.

Our Fish Wrap Summer Gear Guide aims to combine several tastes, sports and styles to help outdoorsmen and women be ready for a new hot season, no matter where you roam.

The RI Coastal Advocacy Coalition has delivered a letter to CRMC looking for regulatory change in the way it considers approving and siting shellfish businesses in public trust waters. With summer a wrap, Todd Treonze has been awarded the OSKAA Angler of the Year. Dennis Zambrotta has some sage advice for surfcasting Block Island and RISAA’s Greg Vespe pulled a bomber bonito out of chilly November waters.

This Fall is proving to be an absolutely epic season for migrating stripers and we are seeing fish from the Hurricane Barrier all the way to the Pt. Judith lighthouse. This week we offer you some great fishing tips and a few words to help you get through the next seasons. As always, thanks for reading Fish Wrap.

Maybe I missed it all back home, but in the woods of Maine, for a week, I watched life fast forward. From a canoe and over a coffee, we met new, good people, caught fish and watched as a young child grew to become a young man. Maybe I didn’t miss anything at all.