That Lawrence Thompson is a seriously strong man 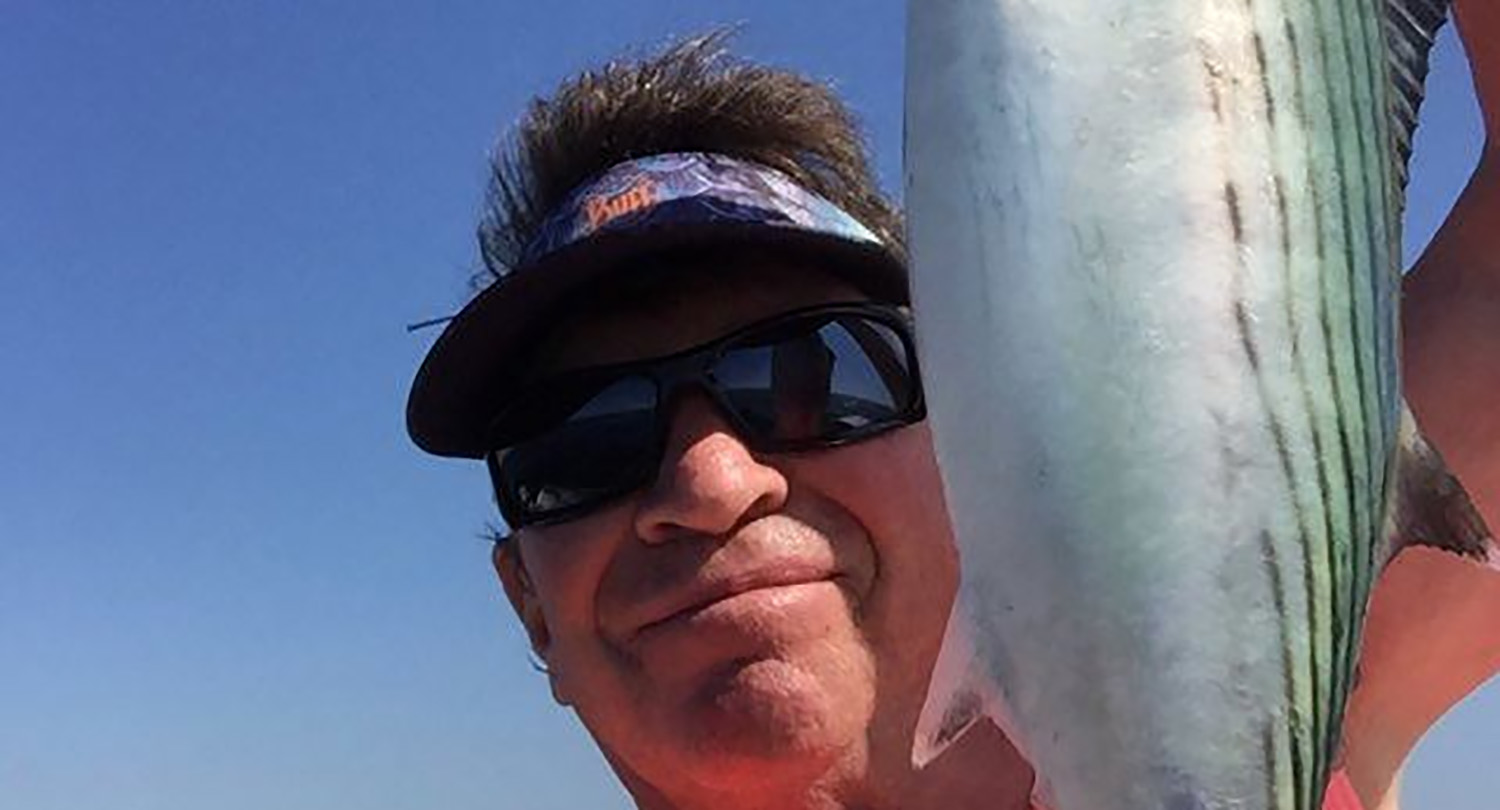 Lawrence, on the water again

It was 12:15 in the afternoon. After a workout, Lawrence was biking to a hardware store for stainless steel wire to improve the design of jigs he pours himself. He opened his eyes just enough to see a maroon colored pickup speed off then spent four days in the hospital, starting at the R.I. Trauma Center. Lawrence is far too strong and perhaps a bit too stubborn to stay down for twelve weeks of prescribed rehabilitation. “I didn’t really want to hear that”, he said, so he worked through his pain, proving to his nurses that he could manage well enough and went home to his loving wife, Lorraine. He’s slowly, steadily making progress just to walk around their house, building up strength to put down his cane.
Fishing began with childhood family trips to New Hampshire’s Lake Winnipesauke. Those early memories of simple cabins, big waters and smallmouth bass caught from rented boats spawned a love of boats and fish. As a Providence teenager, he walked to Roger Williams Park to catch bass, bluegills and carp. Later, he and his brothers would wake at 5:00 a.m. then ride their bikes to Waterman Reservoir or other ponds, “The kind of ponds that weren’t much more than 20 miles away,” he said nonchalantly.
How things have changed. 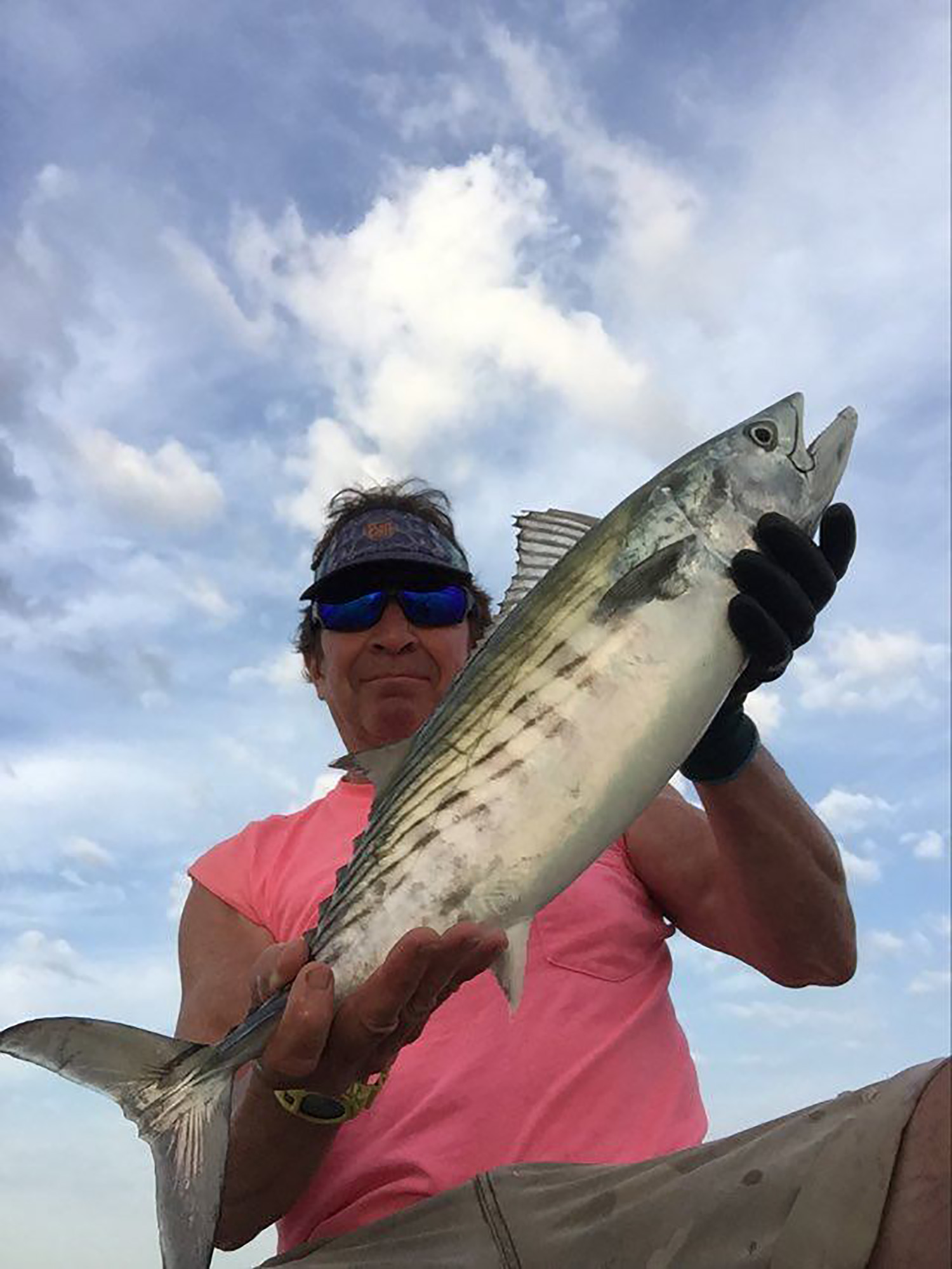 In a normal season, which this isn’t for lots of reasons, Lawrence would be paddling out after work in his 15’ Ocean Kayak for bluefish, tautog, fluke and albies or cruising Quonnacataug Pond for holdover stripers. “The breachway is very forgiving,” he said, because he understands tides so he could fish Fresh Pond Rocks or Weakapaug Point with a load of gear and a cooler of ice for the occasional fish dinner.
Exactly when he caught his first striped bass is a bit of a mystery but he’s sure his first large mouth came when he was five or six years old. His personal best large mouth stands for now at eight pounds with his second caught and released at the flood-erased Blue Pond in Rockville. “It was big!” he said, adding that he landed it on a frog colored Daredevil. Another giant came from Browning Mill Pond but just after he decided to have it mounted, he changed his mind and set it free for someone else to catch. Because that’s what good people do, they look back.
Depending on the day, he may take his 18’ Steiger Craft or 14’ Lowe Sea Nymph. The latter he can drag down a beach and launch solo through the surf.
That’s old school. 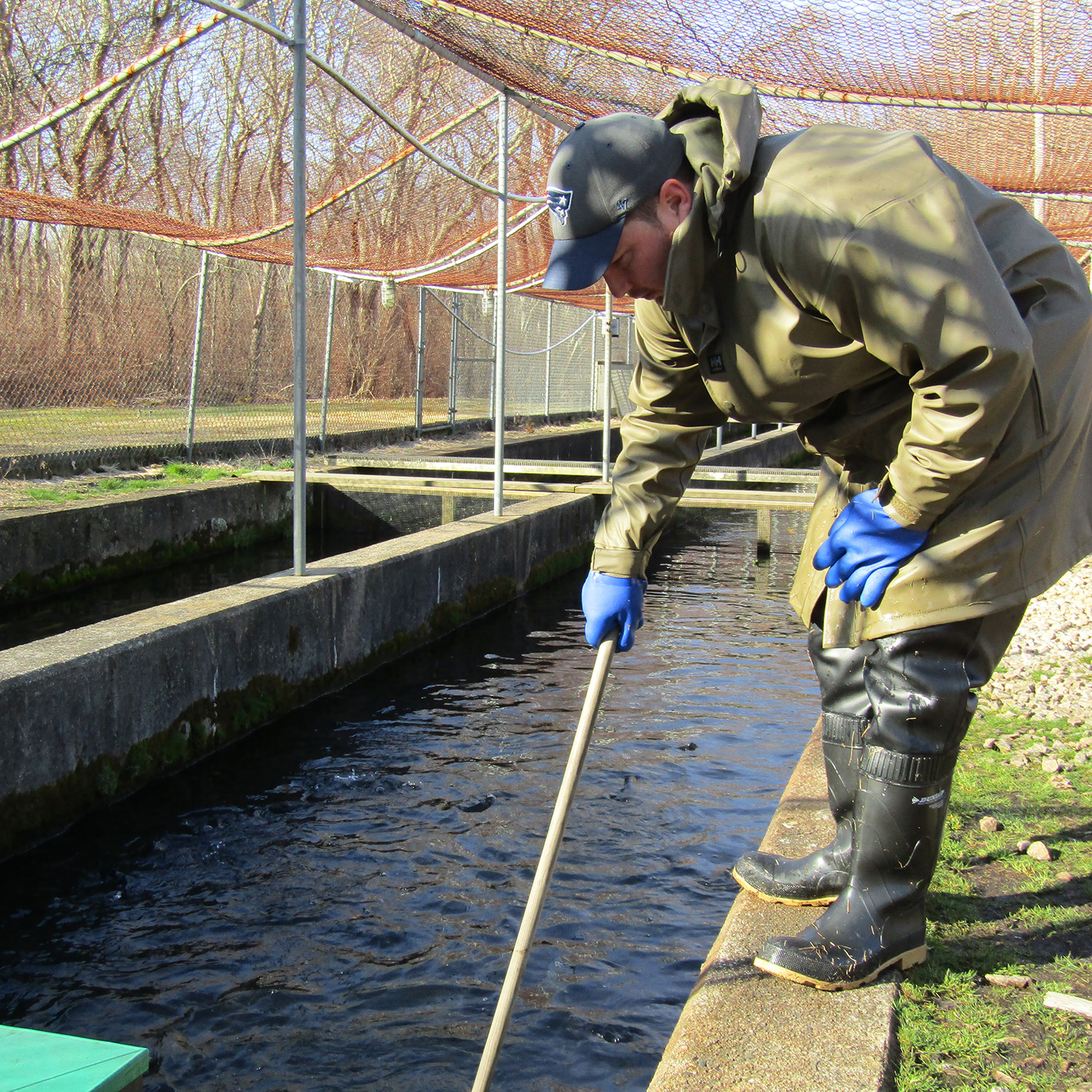 He fishes as much as possible with his son Tommy, who’s a biologist with RIDEM. “That kid can catch,” he said, “He’s unbelievable. I taught him how to fish now he kicks my ass,” he said with the uneasy, wheezy laugh of someone just hit by a truck.
As a younger man, he worked for Salt Pond Marina, painting, welding, power-washing, learning everything he could. After a few years building electric launches and steamboats, he’d become a natural craftsman but apparently since then, boats have become a bit of an issue. Besides the fourteen and eighteen footers, he’s had a vintage duck boat, a 14’ Jon boat he built from plans and multiple canoes, including a sixteen footer he built himself. That one ended up weighing 125 pounds with its mahogany details and brass fittings. “I went a little overboard on that one,” he sheepishly admitted. 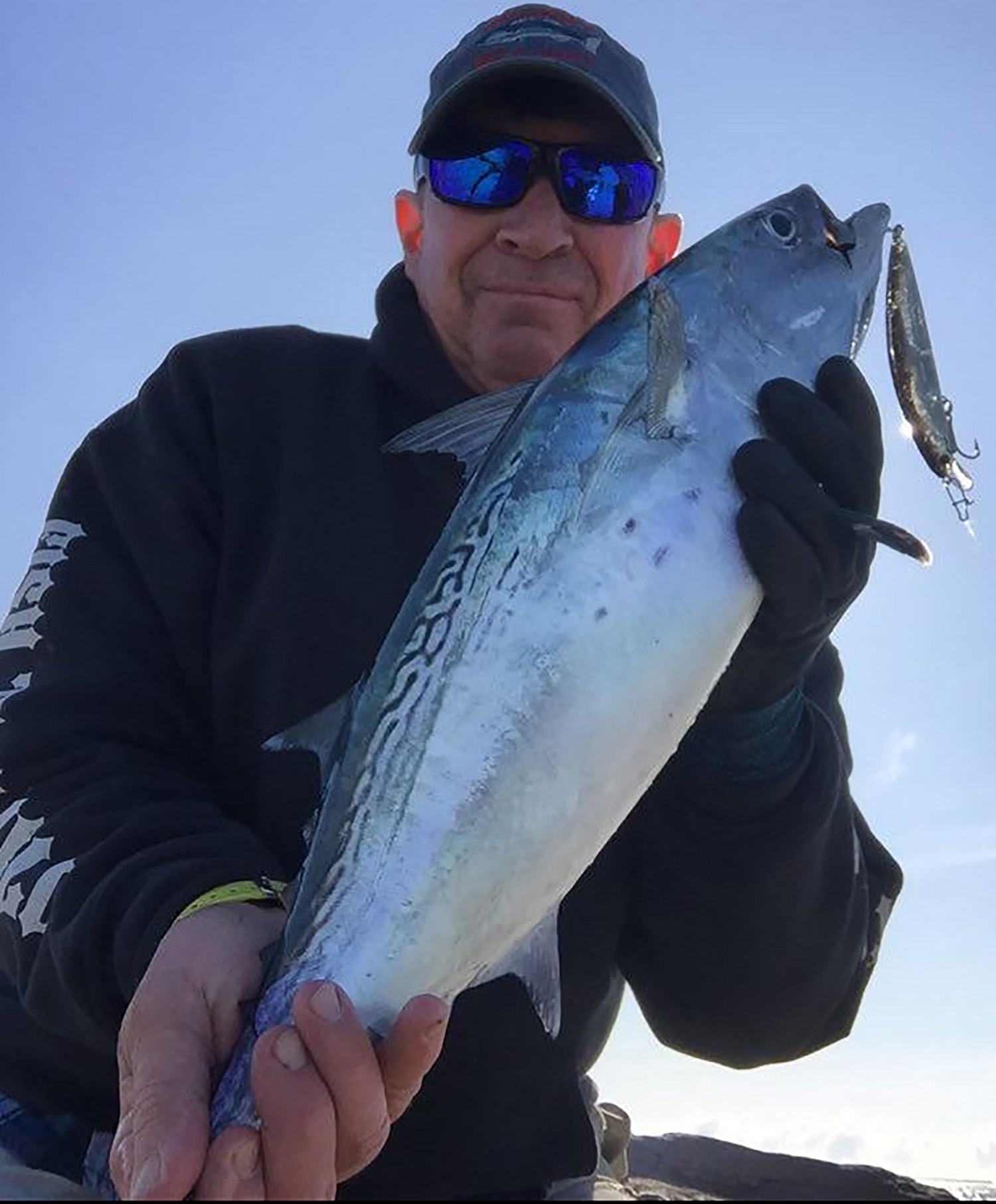 Lawrence is a fishing machine

When finished working or working out, fishing is always a priority. Last year he caught 54 bonita, which is unreal, between Quonnie and Weakapaug Point with D.O.A. clear plastics on his pearl white and pearl pink jig heads he dips in vinyl instead of paint so they last longer. Such natural love for the water and deep call to be independent will drive him to recovery faster than anyone would expect because there are fish to be caught and more waters to discover.

“Well, you know, you think, nothing’s ever going to happen to me. And then sometimes it does,” he said. Nothing will keep him from staying in shape and going fishing, not even a driver with no soul, who left a man lying in a heap in the middle of the road.
Few besides Lawrence could have survived such a hit, but he stays in shape and bounced back relatively quickly.
“Everything is slowly getting better,” Lawrence said, “and it won’t be long before I get a fishing rod in my hands.”