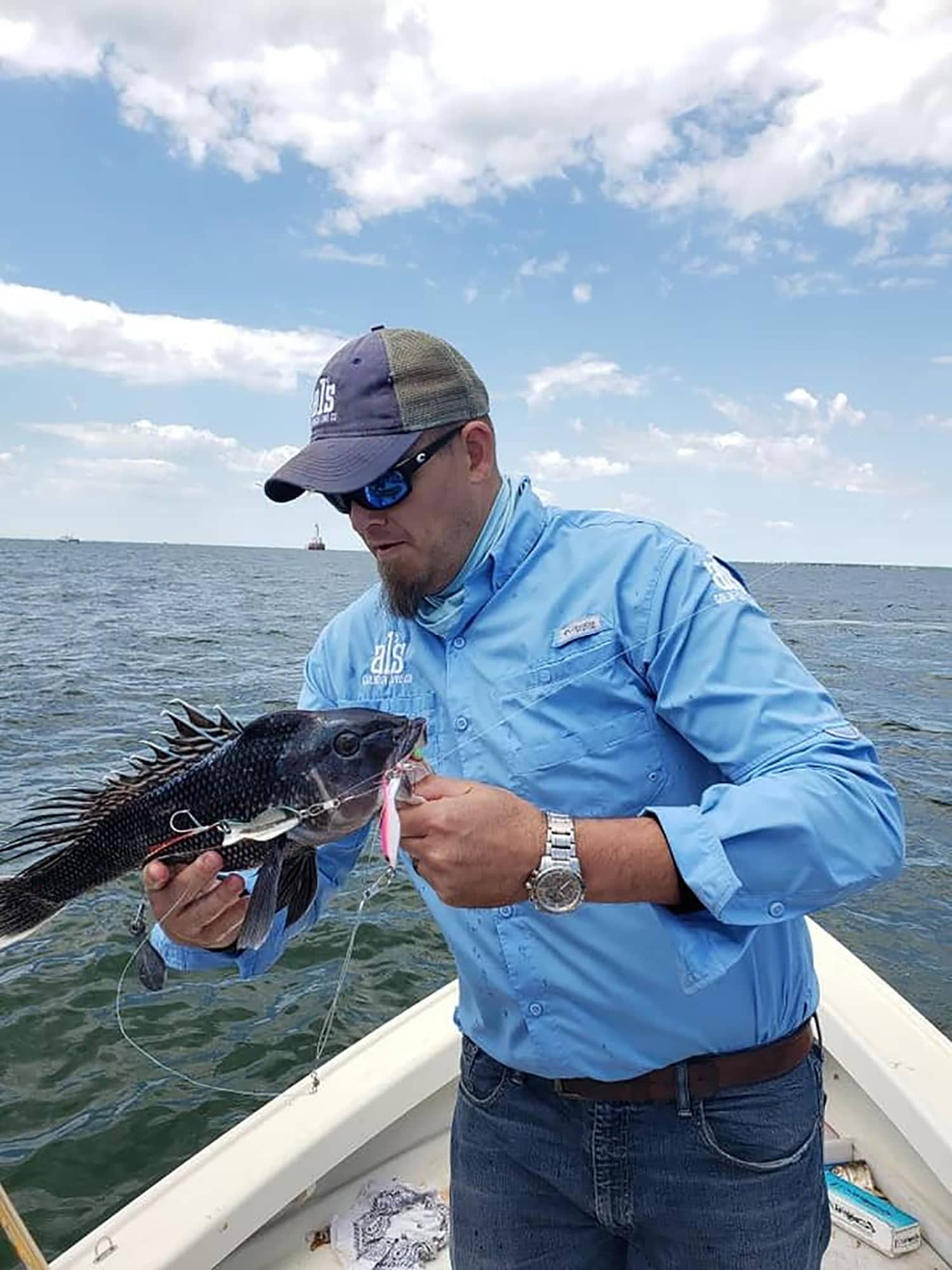 Once again, we are surrounded by fishes. With a subtle uptick in seawater temperatures, gates opened and fish have flooded local waters. Finding them and getting to them is ever the challenge.

Capt. Rene Letourneau is guiding through a steady pick of good sized bass south of Newport, while Hobie fishing team member Thom Houde and hard-core-hell-yes-I-can-go-today fisherman Noe Phommarath are trolling up slot-sized striped bass in the middle Bay. BJ Silvia is hauling in big fluke with his Purple Squid Flippin’ Out Fluke rigs while menhaden pack the upper bay. Dave Henault of Ocean State Tackle is asking us to pack a trash bag when we fish favorite spots. Conscientious fishermen like Matt Toker of the Fishing 401 group have been asking this for years and this is not a big city issue by any means. RIDEM expressed concerns with the amount of trash dumped at South Kingstown’s Camp Cronin. Picking up a few pieces of someone else’s trash is an easy way to keep access open.

With a closed Rhode Island season orphaned between Connecticut and Massachusetts’, Juan Roman and David Carter of Fishing Ct. Waters Facebook group joined forces with Jeff DeBuigne, Lunchbreak Eddie of On The Water magazine fame and Mike Wec to fish around Cape Cod for a pile of keeper sized black sea bass with Wicked Wec High Low Rigs from Al’s Goldfish Lure Company. Fair skies and winds gave them a perfect day to get most, but not exactly all, of the band back together and catch up on all things fishing and friendship.

That Wicked Wec rig was created by Rhode Island’s own Mike Wec to use classic Al’s Goldfish shiny metal spoons to catch sea bass, fluke, scup and pretty much any other near-bottom feeding fish.

With feathered tails and 3/0 VMC hooks, the top hook is attached to a ½ ounce Goldfish and anglers can choose between a ¾ ounce or a 1-1/4 ounce Goldfish for the bottom, which would depend on depth, tides, currents, drifts, etc. They can be tipped with squid or a fancy imitation, but they’re pretty effective on their own as well. While traditional Al’s function best when tied directly, these are attached with snap swivels tied with 50-pound mono so if you’re jigging up some dinner and a school of blues or bass explodes nearby, you just unhook one or both the Al’s and cast into the fray. Dynamite.

Salt ponds are still holding decent schools of shallow-water bass feeding mostly at night but over on Matunuck’s Water Street, upset residents have schooled up in protest over some new landowners closing off public access to a generations-old boat ramp to Potter Pond. The Keep Out sign is down, for now. Property owners on this private right of way successfully petitioned the town of South Kingstown to cease and desist occasional inconveniences of other residents using a public access ramp to Seaweed Cove, where the Town maintains a fee-based mooring field. It appears Water Street was never assigned a plat and lot number so was likely never taxed so abutters never had a right to claim it as their private road. It’s right there on the GIS map. As mentioned in a prior piece, there exist other public access points to the pond but none are maintained to a level where you could safely launch anything larger than a rowboat and one is so full of them so you can barely use it anyways.

This land grab has been handed to the Coastal Resources Management Council for review. Hopefully, CRMC will also address related concerns, like concerns of large boulders that have appeared along the ramp’s eastern edge, pushing users into fragile vegetation and more concerns of alleged clear-cutting of additional vegetation close to the shoreline, which would alter a critical shoreline feature.

As of this writing, there still are no minutes available for the Waterfront Advisory Commission meeting where a recommendation to hang that Keep Out sign was passed nor is there a WAC meeting scheduled on the Town’s website where that prior meeting’s minutes would be accepted, so we could better understand how this request unfolded.

Many of us have fought the Not In My Backyard battle for years. In this case, the most effective way to prevent private people from closing off traditional public access to Potter Pond is to email Mr. Kevin Cute with CRMC’s Marine Resources. Tell Mr. Cute if you’ve used a vehicle to launch any type of boat from that ramp, tell him how many years you’ve been using that ramp, maybe you don’t even remember that light pole being there, (who pays that electricity bill?), maybe tell him you don’t remember those big boulders alongside the light pole.

It sure seems like they arrived in the belly of a dump truck on a warm summer night. From the CRMC SAMP text: A CRMC permit is required for any construction or alteration activity on a shoreline feature or within 200 feet of a shoreline feature. Additionally, setbacks are required for all new structures along the shore. The minimum setback from coastal features is 50 feet, but in areas with erosion, setbacks are determined using the rates of change found on the shoreline change maps.

Email Mr. Cute at KRCute56@gmail.com, then please address the issue with South Kingstown’s five town council members.
They are:

Sweet cat boats sail in small, slow Segar Cove circles. Children of all ages laugh and bounce on tubes behind fast boats. Old-timers row old skiffs to new spots to dig a few hard clams. Meanwhile, Perry Raso still plots annexation of a public treasure to raise private shellfish for even more personal profit where catboats and tubes and skiffs have coexisted without claiming anything, save for summer time.

Being surrounded by fishes means nothing on a warm summer afternoon if you’ve lost access to catch and release them.