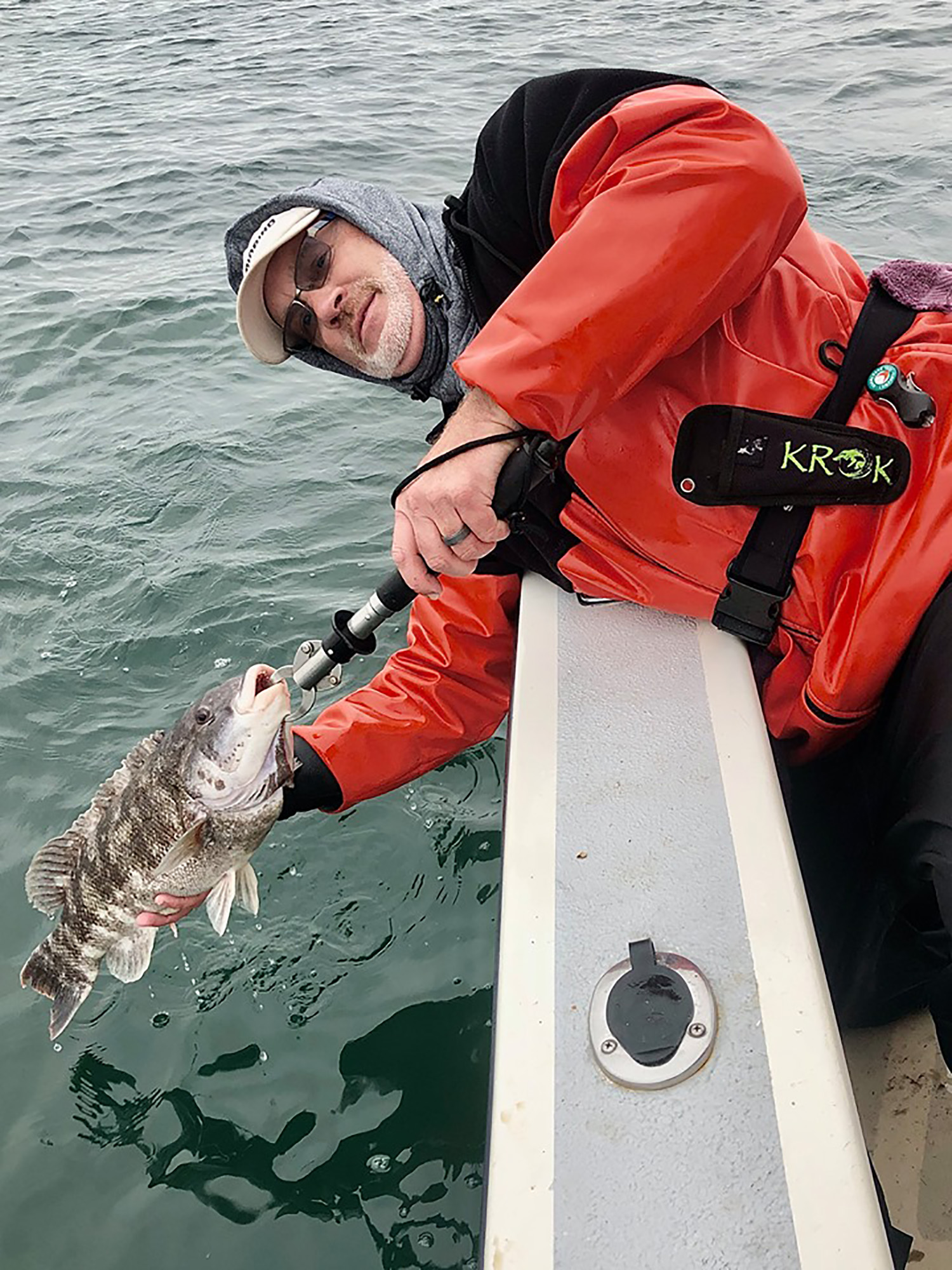 This month we have long days and warm nights to fish but by month’s end, we should take a night off from the beach and learn to catch more fish in Narragansett Bay.

The Rhode Island Saltwater Anglers Association will present seasoned and generous fisherman, Greg Vespe, for a talk about catching fish at night and based on his fishing resume, this talk is not to be missed.

Greg’s wisdom and counsel will offer you an alternative to fishing where you’re programmed to go with lots of options in all directions. Maybe you’ve been catching fluke at your 35’, mid-tide secret sandy bottom spot in front where there used to be a red house but Greg might just help you know there are bigger fish fifty yards to the east and they won’t fall for frozen squid and you’ll need a four inch white pearl Ron-Z, and only a four inch, to catch if you left the dock without fresh bait.

He knows how fish move and how they hold around structure. In this new age of social distancing, Greg understands that six feet can make all the difference.  Lots of us have years of experience but not all of us can cull through those years to glean out the best rock piles, deep holes or stretches of sand which hold the biggest fish. Greg does.

That six feet or six more minutes before moving matters to Greg, who has decades of spots on his screen and in his head.

Having been fortunate to cast from his pretty and pretty solid 20’ Swan Point center console, the Miss Colleen , we can speak with real confidence that Greg Vespe leaves focused on finding fish at particular times and tides, because he knows fishing like few others.

“We need to move in a few minutes,” Greg said a few nights ago, despite that old adage about not leaving fish to find fish. He knew we had less than an hour left in a flood tide to find stripers bigger than the fine schoolie and slot sized bass we had been catching for several hours. It’s hard to reel up when Bombers and SP Minnows were working magic in 45’ of water and a new Daiwa jigging rod had hauled in slot sized bass and two 24” blues. So we moved, because Greg knows and the clock was ticking.

As a side note, over the years, there have been countless days when a fishing partner wanted to make a move and we knew it wasn’t the right one. Good friends and bad decisions.

If you’re on the bow of the Miss Colleen and Greg says he needs to change plans, it’s likely not that at all. Moving at that time was his plan all along.

For some history, Miss Colleen is not his first vessel. He’s learned to fish from some pretty simple configurations.  Ask Greg how many fish and varieties of fish he caught from his old tin boat. With technology advancing at record pace and boats becoming more like tech centers than just center consoles, Greg has a week’s worth of good tales of bass, blues, fluke, scup and more coming over the rails of small boats. He recalls them with genuine fondness.

“I don’t recommend fishing in a Coleman Crawdad at night but it served its purpose,” he said.

Now outfitted with a full complement of Hummingbird Helix electronics and that amazing Spot Lock trolling motor, Greg is better positioned to catch more and larger fish but his greatest tool certainly is his smarts.

There is a downside to listening to or fishing with Greg. He’s unbelievably prepared. He has six of everything tied neatly and stored in plastic bags. His boat has ample and new safety equipment. Regardless the situation or potential for something unexpected to come over the rail, he has a lure, rig, bait or idea to land more of them. Looking over my stashes of fishing gear after a very late night on the Bay fishing with him gave me pause to reassess.

Despite however much my lovely wife might disagree, the cupboards are bare compared to his tackle bags.

Greg Vespe will present his “Night Fishing Narragansett Bay” talk on Monday, August 31 at 7:00 pm. If you are a RISAA member, you will receive a link in to the Zoom meeting or you can go all old school land line if keyboards and that interweb are not your best skills. If you are not a member, now’s the time to contact Steve Medeiros at steve@risaa.org to join. Their conservation work is outstanding, the membership is 7,500 strong and diverse and frankly, while by now you know we’re sorely missing the Elks Lodge meetings with sausage and peppers and deep aluminum steam trays heaped with Thanksgiving dinners on freezing winter nights, these virtual deals help fill that void.

Plus, RISAA still organizes all sorts of Covid safe fishing events in kayaks, on party boats and from the surf. A fifty dollar membership goes a long way to protect fish and help you get on the water to catch and release more of them. Watch Greg, then head out to the garage or basement and start cataloging all that gear you don’t have but surely will need after Greg’s talk. That’s worth another night off the beach.

Just for the record, leaving fish to find fish put three bass over thirty pounds over the rails in fifteen minutes. Then the tide stopped. Just like Greg said.