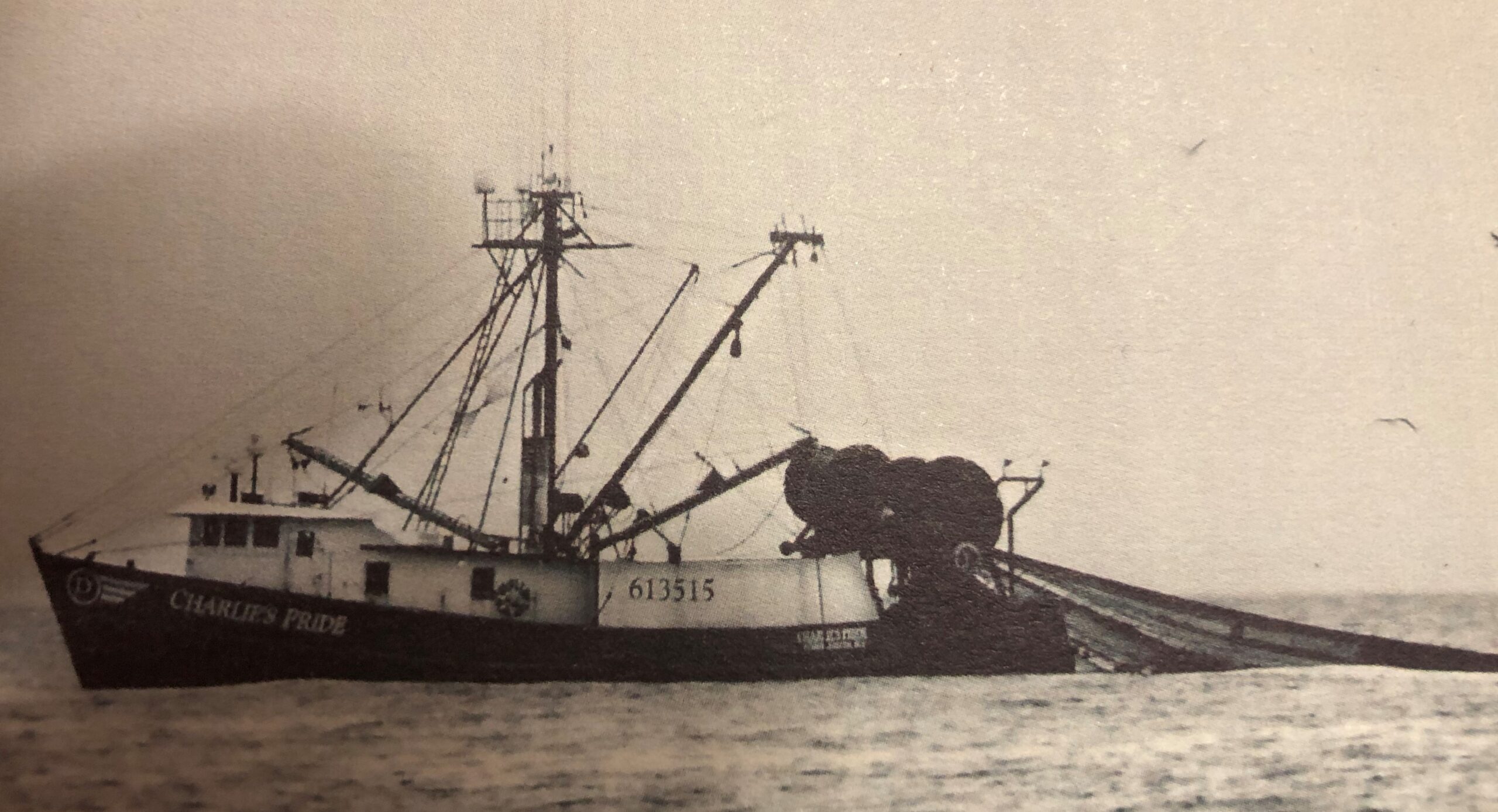 Oh what a week it was. Big national news, big warm weather, big rains and still, thankfully, more fish. November has been an easy weather month, so far, which we may pay for later on but for now, let’s talk black sea bass, stubborn bluefish, togs, squid while we adjust the straps on our PFD’s to fit over sweatshirts. And later, losing more good men.

Thomas Houde, fresh off a crazy big season culminating with a strong fourth-place finish in The Striper Cup, managed a relentless schedule of fishing and more fishing and he’s still finding fish. With a few days of warm air, Tom and his crew kayaked through the Newport area to find tautog, black sea bass and a defiant bluefish. Tom is a reliable provider of intel and an absolute gentleman to fish with but in this case, he was a little cagey about giving up the goods on his lures.

Looking for details for readers, Tom gave us, “Wow, super-secret weapon that a buddy told me about. Not sure I want to share just yet.” Considering how often he shares tips and bait with other fishermen and women, Thom will only peak our interest about what he’s hiding inside his Hobie Outback. “Today I caught four black sea bass within an hour along with a small blue and a tog that was too small to keep,” he said. So that just adds to the mystery. “I then caught two more black sea bass on the way in after catching three keeper tog,” he added, clearly understanding he was just rubbing it in at that point. But in classic Thom style, he did offer that “I have success with both tog rigs. I prefer single hooks and tog jigs. Green crabs over Asian crabs for me. Watch the water temps. I got nicked last week. Water temp dropped ten degrees and the tog moved out to deeper water.” While we always appreciate any tips to find late-season tautog, that latter tip might have been a bit of a diversion. We will work diligently to uncover his secret weapon.

Greg Vespe on the Miss Colleen said he’s finding blackfish in the 60 to 80-foot range and all that will keep changing as autumn gives way and since it’s way too early to even mention ice fishing, now’s the time to drop a high low rig before you haul the boat. Greg is, however, also finding decent shots of squid just in time to put up some calamari for autumn migratory stripers, socially distanced feasts of the seven fishes, thankfully returning Spring bass fishing and of course, because come that inevitable crappy frozen Wednesday night in February, we’ll need to put on our Bean boots and go check the chest freezer to ensure we’re prepared for that forty-pound bass we’re still hoping to land on a crappy frozen April Wednesday night. Dreaming keeps us breathing man.

South County’s most infamous largemouth fisherman, Bob Buscher, is still on the fish but it hasn’t been easy. He offered, “Two things that hurt the fishing are low water and falling temperatures. We got both. Usually by now we would have a good moving bait bite. Water is somewhere between 51-55 depending on where you are dragging your boat in. Fish are being caught on smaller drop baits. Small jigs are coming into play, 1/4 ounce or less. Water is crystal clear so very natural colors are shining. Things will change for the better soon.” Bob Buscher, always on the bright side of the road.

Sadly, this week we say goodbye to Captain Charlie Niles. The thing is, most of a small town’s beloved and storied fishermen thrived behind the radar. We rarely know their names when we buy their fish and that’s alright with them; you don’t pay the mortgage by gumming around all day talking about how you went to work this week. Good fishermen like Charlie could emerge from a gale’s teeth with ten tons of fish on board then turn the boat around in twelve hours to get back at it. It was work. It’s what fishermen do. That’s all. Fishing is the cloth from which only some men are cut. Charlie was a good man who ran the Charlies Pride for Mike Doyle from 1993 to 2018 and every day was a practice in pride and determination. Commercial fishermen fight weather and some days God himself to return alive with fish in the hold and Charlie was one of the lucky ones. Safe travels Charlie.

Our condolences to the family of Carl Whitney of Charlestown, who was lost overboard on the fishing vessel Hope and Sydney. Commercial boats have many moving parts; they work twenty-four seven, they are tireless workhorses of tired fishermen often with families back onshore and their community is mighty small sometimes. Our prayers are with the Whitney family for such a sad loss. Such is the life of a seafaring town, some might say. Sir Walter Scott gave us, “It’s not fish you’re buying, it’s men’s lives.” Consider that the next time you question the price of fresh seafood.

Quickly falling water temps means if you go for an unplanned swim, your chances of survival are diminishing. Quickly. Please, for the sake of friends, family and those who suffer through writing memorials for good outdoorsmen and women, wear a PFD, leave a day plan, have emergency gear in the boat or kayak, keep a bag of warm, loose clothes in your truck and please, please watch those green rocks. Seasoned anglers know the difference between a passing and a circling Coast Guard helicopter as the latter likely means they’re searching for someone’s loved one. It gives us all pause. 2020 has been the craziest of years and from this desk, we’d like to write a recap that celebrates catches and releases, not losses.

It’s officially an unofficial win for the Narrow River

This story was somehow lost in the mix and should have been posted a few weeks ago. It happens... The First Annual Narrow River Kayak Multi-Species Fishing Tournament went off without a hitch last weekend and when all the numbers were tallied, the river came in first...
Keep Reading

Opening day of trout season this year was tough for many, easier for a few.  Spring fog hung tight until sunrise but the promise of long anticipated warmth did little to coax fish to the bait. Hundreds fished from boats, canoes, kayaks and very low draft plastic...
Keep Reading