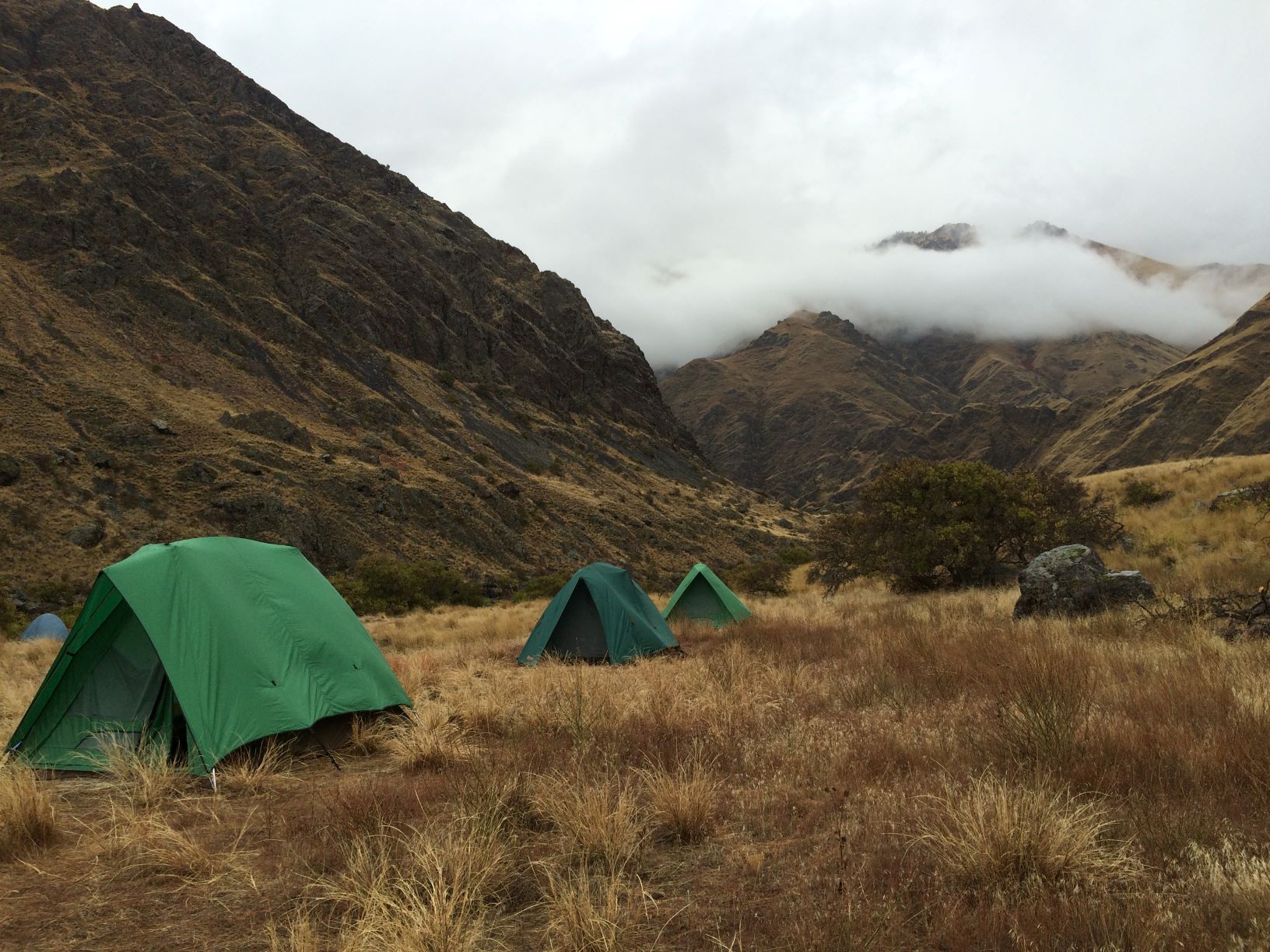 Confined Space Hunts Being Reconsidered in Light of CWD

The R.I. Legislature is reconsidering confined hunts with (D) Providence Representative Scott Slater’s House Bill 5329, “An Act Relating to Fish and Wildlife-Field Trials and Shooting Preserves.” It addresses concerns of captive, or “canned hunts” where paying customers have access to shooting animals inside a confined space. The Backcountry Hunters and Anglers (BHA), a national group which “seeks to ensure North America’s outdoor heritage of hunting and fishing in a natural setting, through education and work on behalf of wild public lands and waters” is supporting this bill with science-based concerns of importing a devastatingly dangerous disease which does not currently exist in Rhode Island. Perhaps canned hunts for the one percent are not on your personal radar but the critical issue of introducing Chronic Wasting Disease has the potential to negatively affect the local deer population, every Ocean State hunter and those interested in learning hunting skills. If you hunt deer or respect the fine work RIDEM has done to keep CWD out of our state, there is still time to comment on  H5329. 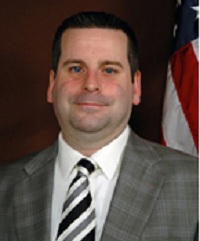 This is the third year a similar bill has been submitted. At a recent House Committee on Environment & Natural Resources hearing for H5329, only three people offered public comment: Mr. Woods on behalf of BHA, Eric Northup who identifies as Partner/ Director of Operations at The Preserve Club and Residences in Richmond and Hank Webster who spoke in favor of the bill, for the second year. With virtual testimony taking the edge off microphone-phobia, it’s unfortunate more people didn’t offer their thoughts.

“There are a lot of problems that can be brought into our ecological systems and one of the major issue is Chronic Wasting Disease,” Representative Slater said in opening remarks. Michael Woods, Chair of BHA’s New England Chapter, spoke in favor of the bill on behalf of their approximately 23,000 members with approximately one thousand members in the New England chapter.  Mr. Woods said, “I hunt and fish here in Rhode Island. CWD is an always fatal disease that affects all members of the deer family, including White-tailed deer that are native to Rhode Island.” This is the foundation of their concern. 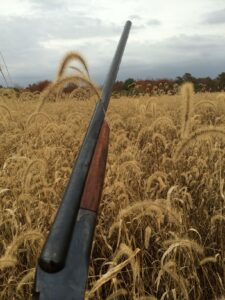 Hunting is a natural part of many outdoorsmen’s DNA

Leaning on a snowy picnic table, gripping quickly cooling coffee’s in the shadow of erased cozy indoors conversations, Mr. Woods made clear to me that the ethics of canned hunts do not factor into their support of H5329. That was surprising to me, since BHA supports the principals of fair chase. Indeed, part of their motivation is taking, “the advice of Theodore Roosevelt: “Preserve large tracts of wilderness…for the exercise of the skill of the hunter, whether or not he is a man of means.” It’s important to note here that Roosevelt altered the course of his Boone and Crocket Club from a group positioned for hunting big game animals to a conservation minded organization who wisely recognized the obviousness of diminished returns and plummeting big game populations.

With H5329, BHA are advocating to protect the health of cervid species, native deer and to prohibit introduction of disease through feral, non-native species. It’s a view through a larger lens, a long sighted vision to protect without judging. Mr. Woods was clear that neither he nor BHA wants to push their personal outdoors ethics on sportsmen and women with this bill, just to protect the environment and animal populations. 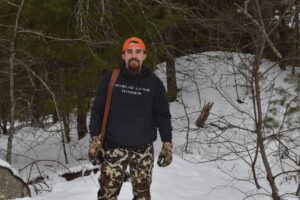 Several neighboring states have already prohibited importation of cervid species and other animals, including feral pigs in response to their legislatures reconsidering confined hunts. Feral swine exist in 39 states and according to the USDA, “Ongoing research indicates that costs associated with this invasive species in the United States are likely considerably higher than the early estimate of 1.5 billion each year in damages and control costs.” Our RIDEM Law Enforcement officers are already working double time to protect natural resources held in the public trust. Once a fence was installed, providing a physical as well as visual barrier, it would seem difficult if not impossible to ensure rules were respected.

Mr. Northup offered some figures of hunting’s values in the state, saying that, “In Rhode Island, 179,000 sportsmen spend $154 million annually and support 2,500 jobs,” without any references for the numbers’ validity. In 2019, according to the US Fish And Wildlife Service National Hunting License Data, Rhode Island sold 7,414 resident hunting licenses and collectively 25,962 licenses, permits, tags and stamps.  He also provided no support for his claim that “A large percentage of introduction to hunting happens through managed hunts…Without this tool, some individuals would never get involved in hunting,” he said. Considering managed hunts obviously require payment for the service of providing animals to be hunted, that would seem to limit the number of potential people being introduced to a new sport. He also stated that, “This bill would cause an adverse effect on a subset of the economy, that could exist at a very few venues in the state…These preserves are also used for research,” without supporting details. “We feel that for a preserve of 500 acres or more, that this bill should not apply. That’s all I have,” he concluded.

“What we are asking for is a logical ask,” Mr. Woods said. As a large John Wayne coffee froze along with the ink in my pen, it became clear that what he supports is a healthy future for Rhode Island hunters. Backcountry Hunters and Anglers are not interested in stopping a particular business or private club, they want to keep CWD out of the Ocean State so we can all enjoy time in the woods, whether hunting or fishing or not. We may not have the open space a larger state enjoys but Mr. Woods understands the opportunities we do have and healthy animals are an important part of that public trust. “I’m just a guy who wants to do right by hunters,” Mr. Woods said.

The House Committee on Environment & Natural Resources recommended H5329 be held for further consideration. If you have interests, positive or negative with the legislature reconsidering confined hunts, you should contact Chair David Bennett at rep-bennett@rilegislature.gov and Rep. Slater at rep-slater@rilegislature.gov. Public comment will steer how the State addresses risking introduction of a deadly disease for the few who can afford a managed hunt which could ultimately impact all sportsmen and women.

It’s hard to have a cell phone conversation when a fisherman on the other end won’t put down his surf rod. Then again, it’s harder to stand on some slippery rocks and cast for stripers while some annoying writer asks about a fish you caught. Considering a poor...
Keep Reading

Turn A Page, Purge Some Gear

Boats of all sizes are wrapped in slinky white blankets while Monahan’s Pier rests without echoes of Narragansett Surfcasters’ salty tall tales. Seasoned anglers know all that means it’s time: we must respect our proximity to Spring with inevitable tasks of reorganizing and worse, to purge gear. Fishing, hiking, hunting; it matters not.

Sure, it’s officially winter now that we have snow drifts, salted roads and finally a chance to break out the power augers before opening day gets here. To keep the chill off and the focus back on fishing, the Narragansett Surfcasters meet regularly to listen to...
Keep Reading