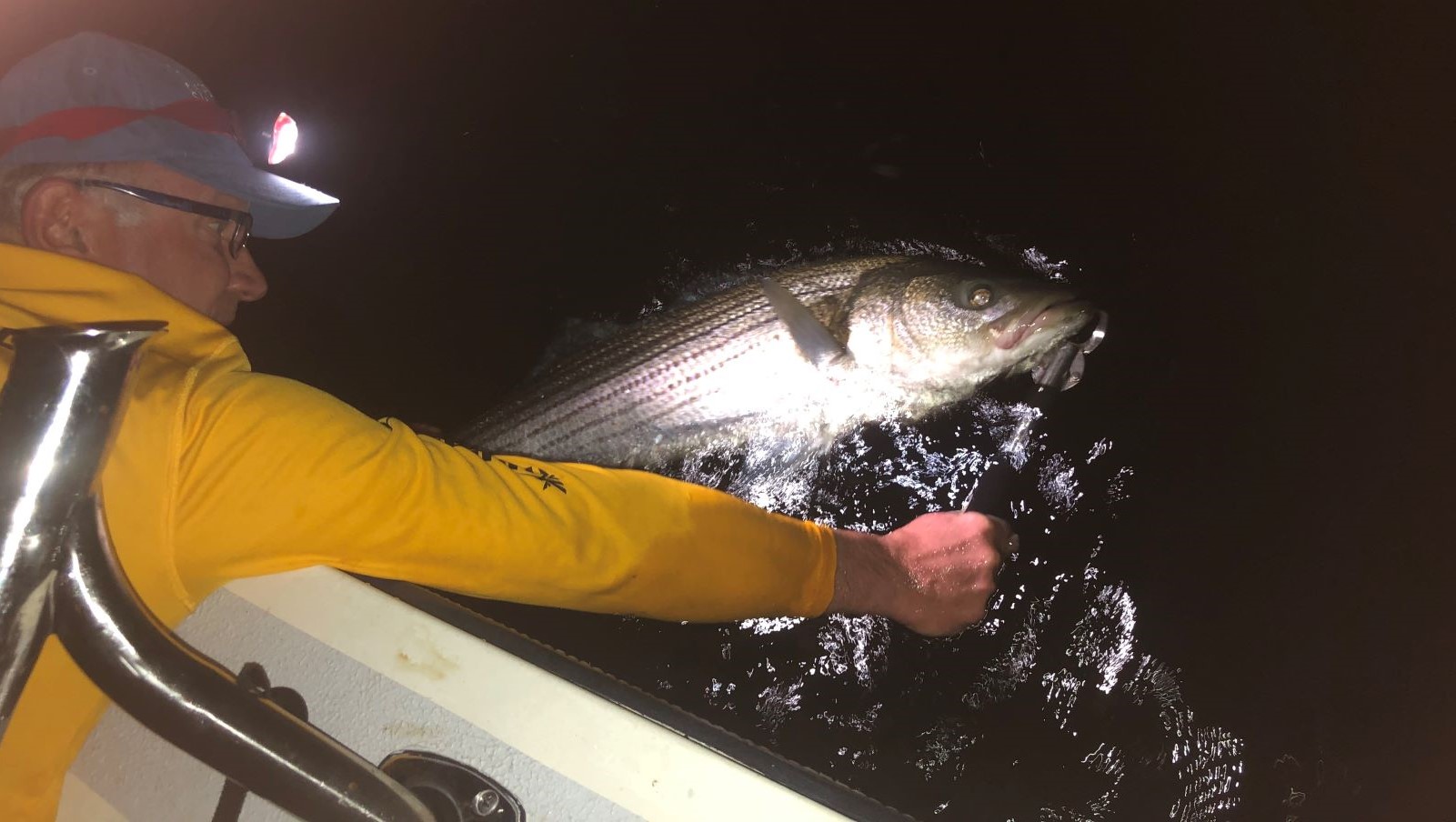 The non-profit conservation organization Stripers Forever, seeks a 10 year moratorium on the taking of striped bass. to protect what is arguably the Northeast’s favorite fish. According to the group, “The real value of striped bass is not as a seasonal market commodity, but as a public resource that offers social, economic, and recreational benefits to millions of Americans from Maine to South Carolina.” Indeed, the money fishermen and women spend to chase and catch and hopefully release stripers is enormous. Using 2005 data from the consulting firm Southwick Associates, they estimate a combined recreational and commercial economic value at $6.8 billion. That’s a lot of fish and an old number. Stripers Forever has a consistent presence at legislative meetings and in various media outlets so if you have a feeling either way, this might be a fine time to speak up.

The last moratorium, back in 1985, lasted six years and is heralded as one of the great fishery rebuilding efforts ever. From the brink of collapse from all the usual suspects: over-harvesting by commercial fishermen, tremendous pressure from recreational anglers, degraded water quality and lack of attentive, responsive regulators, stripers were left to spawn, migrate and grow. Now Stripers Forever is calling for a ten year cease fire to allow the population to hopefully do the same again. Where the data to support ten years comes from is unclear.

“The ASMFC dithered in the face of this steady decline. Because it must serve the interests of both commercial fishermen and recreational anglers, and because it believes it must achieve what is known as “maximum sustainable yield” (a fancy way of saying, kill the most fish possible without destroying the fishery), the commission has tinkered with ways to keep everyone happy. In the process, it has failed the fish and frustrated fishermen,” said Mike Spinney, Stripers Forever National Board Member.

The Atlantic States Marine Fisheries Commission, based partially on responses from their recent Public Information Document for Amendment 7 to the Interstate Fishery Management Plan, which clearly called for protective action and not another decade of kicking the can down the dock, is moving in the direction of public sentiment. Circle hooks are mandatory when using live bait and a new slot limit was introduced for recreational anglers to protect those beautiful breeder sized females.

While Stripers Forever seeks moratorium, other changes may help

Many striper fishermen, this one included, have switched out treble for single hooks to make hook removal easier which hopefully puts fish back in the water more quickly. And while catch and release data comes with variables of responders being truthful or even offering information at all, there seems to be new wave of conservation minded anglers recognizing the severity of the bass population’s situation and who genuinely want to be part of the solution.

During the proposed moratorium, recreational fishing would remain open, just without the option of taking one for dinner. So, it would follow, the monies generated despite the harvest option, should be similar. But that can’t be proven just now and backtracking to the eighties makes no sense. We know beaches and boats are in high demand as COVID eases and suddenly everyone wants to get outdoors. There will be unprecedented pressure on all fish, especially stripers. 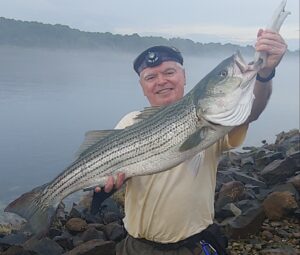 Big or small, we love those bass. East End Eddie Dougherty with a canal striped bass

Commercial anglers would take the biggest hit in a moratorium but harvest landings have fallen over the last few years and it is not uncommon for RI commercial license holders to not even land their quota. Fortunately, we have not gone over the deep end like some neighboring states, trying to ease and adjust regulations to increase chances of meeting those quotas. Nowhere does it say a Total Allowable Catch must be reached. Ask the American Saltwater Guides Association; fish have more value in the water than in a cooler. 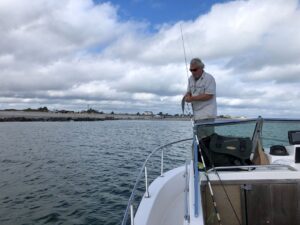 Without question, striped bass are the most sought after fish in our near waters. Equally clear is that the population needs to rebound, quickly. Do you think a moratorium will help preserve and protect stripers? Should they be anointed with “game fish” status to eliminate commercial harvests? Should regulations be made even coast-wide without the political putty that is conservation equivalency? The ASMFC has much work to do and post-haste. 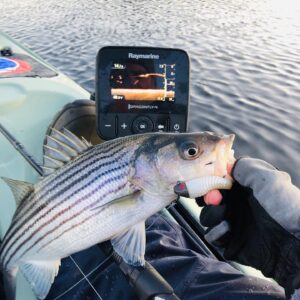 In the meantime, as bass chase squid into Upper Narragansett Bay, Stripers Forever invites you to join their Release A Breeder Club. It’s a great idea and could be one of the best no cost ways to help and celebrate stripers. Sign up on their website, stripersforever.org, join the RABC then when you catch and safely release a fish over 36”, which we know is very likely a female, send in that release picture to receive a certificate and sticker. That’s one way to be part of the solution which still going fishing and likely, supporting our economy.