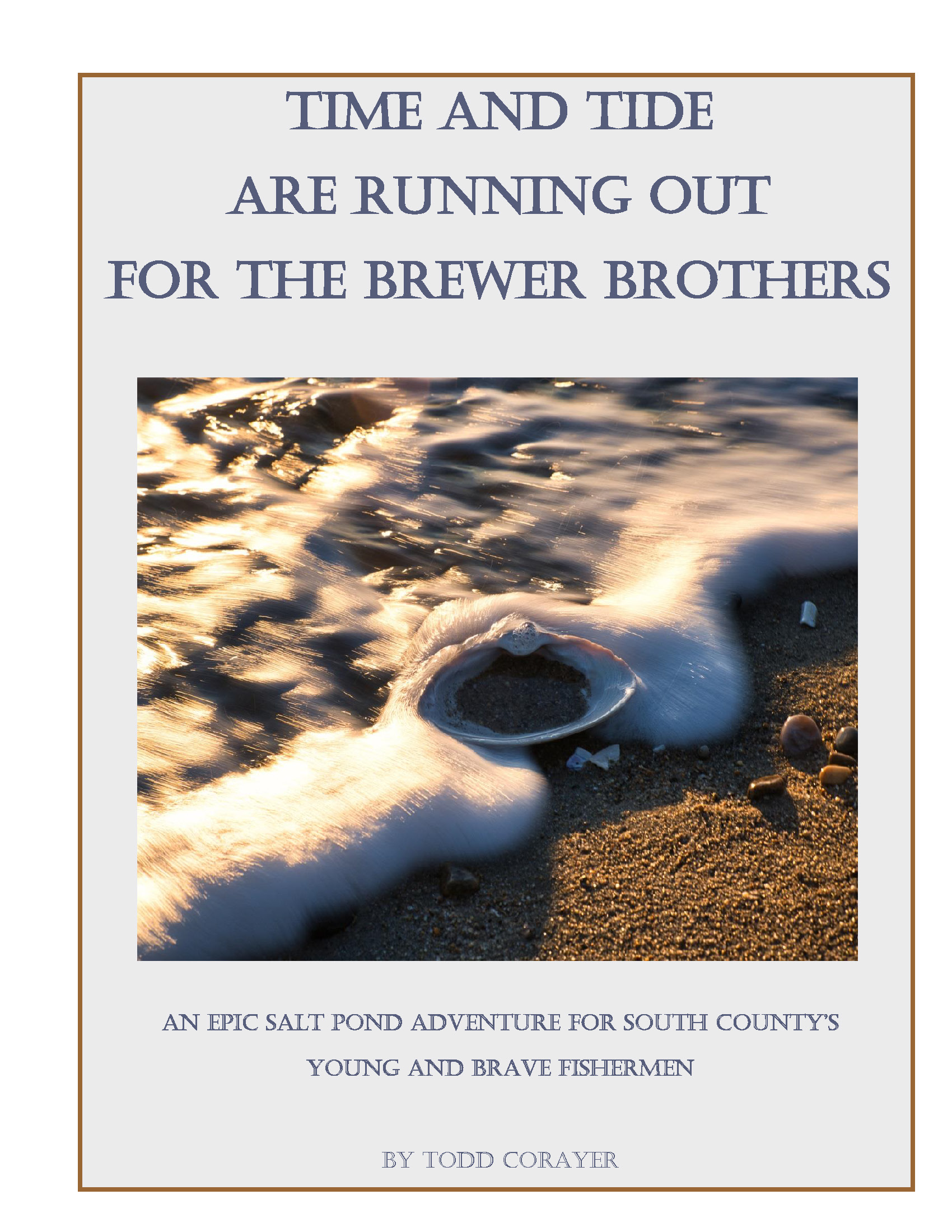 This week the Brewer Brothers are in the grips of a sudden gale and will need all their skills and teachings to get home alive. Need to catch up and read Part I first? Click here. Interested in downloading the entire short story (for free!) and reading beginning to end? Click here.

“Time and Tide Are Running Out For The Brewer Brothers”

Lincoln was still being pulled toward the beach where the striper knew she could break the line. Neither brother noticed the first few drops of rain on the deck. They landed quietly on the deck, not amounting to much. Their eyes were on the salt pond surface, hoping to get a first glimpse of what might be the largest bass they had ever battled.

Papa was just west of the Red Rocket. He watched the start of Lincoln’s battle while keeping an eye on his own rod. He left his bail open when he fished eels. He knew it gave bass a chance to taste the bait and considering they have no teeth, to inhale their prey without feeling resistance from line. He sat in the rear seat, patiently, like a hunter, watching everything.  He waited and watched, remaining cautious as his reel slowly started to roll, then unravel, then sing.

“Fish on!” he yelled to the boys. He felt a few light raindrops on his hand as he reeled.  Papa’s fish surely was a big one as well. Back and forth and hard down, she pulled his rod along the starboard side gunwale so it scraped the hard glass up against the wood trimmed rail and he struggled to hold on. Putting the rod in one of the stainless steel holders, he took a risk to wipe rain from his glasses and look all around. “Situational awareness”, he said to himself.

“Head on a swivel boys!” he yelled to his grandsons.

Lincoln cranked as hard as he could on the reel, taking back a few feet of line. As a big black fin appeared near the boat, he started to yell back to Hub the fish was close. He started to yell but wind came right up into his face with a burst and rain pelted him hard. No sound came from his mouth. While he looked down to shield his face from so much wind, he saw the bass and she briefly saw him. He quickly realized this was more than a breeze and more than a big fish. She dove down hard. Lincoln pulled back with both hands but gave only more line.

A late summer storm had risen quickly. Crack! Another bolt of lightning flashed across the sky. The sound shattered everything, everything shook again, everyone jumped. Hub’s hand flew off the outboard handle then it snapped quickly to starboard. The skiff heeled hard, the motor revved and Hub fell backwards, bumping his head on the gunwale just as his ARMY hat flew off into the wind. He tried his hardest to grab for the hat but it floated away quickly. He had the motor to deal with and now there was too much wind and rain and confusion. It floated farther, its brim sagging in heavy seawater.

As the boat lurched, Lincoln lurched with the boat, grabbing the rail to break his fall but that only ran a long, slender shard of wood into his right palm. He gasped in pain as blood rain down his hand then into the sea. Knowing the cut was deep, he pushed his palm hard against the rod to slow the flow. The worn, foam handle was soon all red. Hub looked up but said nothing. He knew this was verging on chaos and the brothers knew what was next. Without any words, Lincoln switched the rod into his other hand, closed his eyes and held his right palm out to his brother. “I’m going to count, ok?” Hub said. Silence. “One, two…” and on three, he pinched two fingers together and yanked out two inches of oak. Blood flew quickly. Lincoln pulled back, grimaced but said nothing and made a fist. Hub tore open their duffel to retrieve a bandana. Lincoln wrapped it around his palm, rubbed his head and went back to work of fishing and at that point, surviving.

The two boats were now divided by water and the rain fell in blankets, pounding the boats and their heads. Hub couldn’t look up to see the bow but he could turn a little to look over his left shoulder. He could see Papa struggling to hold the wheel and the rod. Hub knew the two boats were separating quickly. Wind came from every direction. He shouted for Papa. Papa shouted for the boys. Rain pelted their faces, head, eyes and ears. The storm was deafening and right on top of them now. “Teamwork!” was the last word they heard Papa say as the wind pushed them towards the rocks and wiped away any other sounds. This was it.

To read and/or download the full story and learn how the brothers fare,  click here.  There you can also see the wonderful cover photograph by Rhode Island’s own Keith R. Wahl. 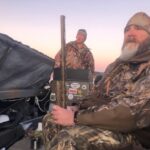 The Brewer Brothers Part I is the first of two excerpts from my new short story. All the makings of an epic adventure force two young brothers to think and act like men to survive a battle against Nature. The whole story will be available as a download as well and as always, thanks for reading.