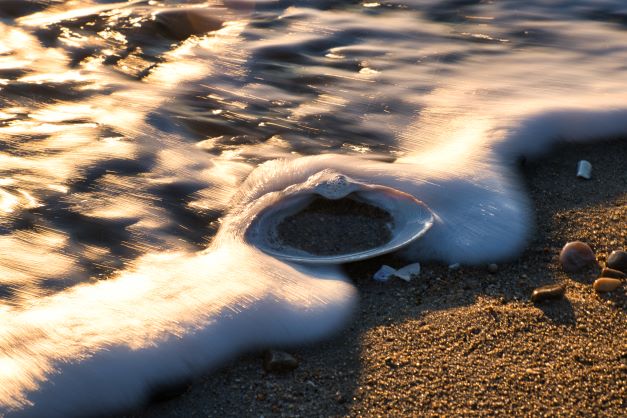 This week, we introduce the Brewer Brothers, South County’s young and brave fishermen, in the first of two excerpts from a new short story entitled Time and Tide Are Running Out For The Brewer Brothers.” Today we join the brothers headed out for some fun and fishing, only to discover that all is not how it seems and Nature is always in charge.

Time and Tide Are Running Out For The Brewer Brothers

Laying in his bed, knowing Saturday’s sun was still ninety minutes from peaking over the tips of spindly pine trees spiking Duck Point, twelve year old Hub Brewer knew today would be different. His bed faced the one eastern window and its shades were always left up so he could watch for any action on the water or people headed out to go fishing for summer flounder or striped bass. In the bed to his left, his nine year old brother Lincoln lay still and wide awake. Lincoln had been up late, reading books filled with fishing stories that were mostly true and fun to read because they carried him away to great mountain streams, wild rivers and giant seas. As he peeked over his pillow, squinting to see signs of first light while closely watching his older brother assess the day, he knew everything was right. Today was right for an adventure. “Epic,” Lincoln whispered.

Hub could see commercial boats when they returned from offshore. He watched how they unloaded their catch as soon as lines were made fast. Today, even at false dawn, he could see heat faintly rising from a small beach. The horizon rippled. He knew this had all the makings of an adventure on the water. He rolled over, put two hands behind his head, looked at Lincoln and closed his eyes. “Epic,” he whispered.

The stairs to their bedroom were lined on one side with pictures of the family fishing. There were great photos in rich colors and black and white, of striped bass, fluke, bluefish as big as Kwazii’s arm and even beautiful bonito. On the fourth step, there was one picture of their Dad that they always touched on the way up or down, no matter how good breakfast smelled or how worn down they were from a long day with Papa. Both boys started to run up the stairs and both tapped his picture.

Those still mornings, when the Brewer brothers were flying across a glass smooth salt pond, early, even before gulls had started looking for a first meal, were pure magic. The motor found its stride, its hum was level, strong, and even. The wake behind them was smooth with a perfect wash of white bubbles rising up in line. The edges were small waves that peeled off evenly on both sides.  Looking back at their wake, Hub loved every minute and he relived each minute in his head all winter, sitting at a wood school desk, learning geometry and biology.

Lincoln had the same dreams. Sitting on the bow, eyes closed in the wind, feeling warm morning air blow against his Red Sox hat, he was a king. Then with eyes open, he scanned every inch for any sign of fish, hauling in long, deep charges of salt air, smelling his whole universe as an orange sun began to peak. They learned great lessons on salt ponds and beyond the center wall and together they relived them for months.

Hub wiped the top of the motor then checked the fuel level in the orange plastic tank. He guessed half a tank would be enough for a morning on the pond. Shaking the rectangle tank, he looked around the boat and tucked it back under his seat.

Each boat carried one spinning rod with thirty pound braid on the reel. Having only one setup taught them to share, to work as a team and of course it helped keep tangles to a minimum. Both boys had spent many summers on the pond so they had learned to work with each other, growing to understand that together, they could catch more fish working as a team. The rod was out of the sun, all hooks were sharp. They were locked and loaded, ready to go. Now, more than any day, they were ready to catch a giant striped bass.

Lincoln started to smile but his older brother stared back at him. It was not celebration time yet and Hub knew it. Taking a boat by themselves was a leap of faith for their grandfather. This was time to pay attention to his every word.

“We’ll stay close,” Hub said. “We’ll get eels from Lisa first then we’ll head over to High Bluff. We’ll make a few drifts and if there are no fish, we’ll hit our secret spot. It’s still early so there’s a good chance no one will see us,” Hub said, knowing their plan was coming together.

“Weather can, actually, weather will always change,” Papa said. “Winds can come up fast and other boaters, especially the ones from away, don’t always pay attention. Keep your head on a swivel. Have fun, catch fish but always be observant. And stay with me. Do you understand?” he asked.

“We do,” Lincoln and Hub said in unison.

“Your mother trusts me with you and I won’t let her down or have anything happen to you that would upset her. We clear?”

“Epic,” Hub said under his breath. He knew this was going to be a fantastic fishing adventure with the greatest, fishiest pirate boats ever.