The Wildlife Rehabilitators Association of Rhode Island came to the rescue of a Barred owl entangled in fishing line and hanging from a Warwick tree. Being nocturnal, there’s no telling how long that animal had been stuck there. With assistance from Warwick’s police, fire and animal control officers Amy Violet and Heather Razza, the owl was freed and brought to the Association’s Wildlife Clinic in Saunderstown. After some rest and unruffling of its feathers, the owl should be good to go and will be set free.

How did a wild bird become fetched up in monofilament? There’s a pretty good chance a fisherman cut away some mangled line then tossed that mess on the ground. Come on man, there’s absolutely no reason for fishermen to be discarding fishing line anywhere but in a recycling bin. Tackle stores have receptacles, usually made of recycled cardboard, from companies like Berkeley who turn line into tackle boxes and spools. NIMBY locals who don’t want the great unwashed fishing at some access points often use garbage left behind as ammunition to keep us out.

Popular spots like Narragansett’s Sprague Bridge have white plastic snorkel tubes meant just for this reason, although it’s not unusual to find them jammed with trash and Bud Light cans from lazy fishermen with bad taste in beer. Considering the amount of cans on the side of the road, the beer must be awful since everyone seems to be throwing the out the window before they can get to a recycling center.

The Blackstone Heritage Corridor’s Bonnie Coombs has positioned similar tubes at places like Pawtucket’s Festival Pier, the North Smithfield Library on the Branch River and at Sycamore Landing in Lincoln. In a nod to how some states accept common sense ideas like recycling fishing line, Bonnie has installed seven along the Massachusetts portion of Blackstone Valley. 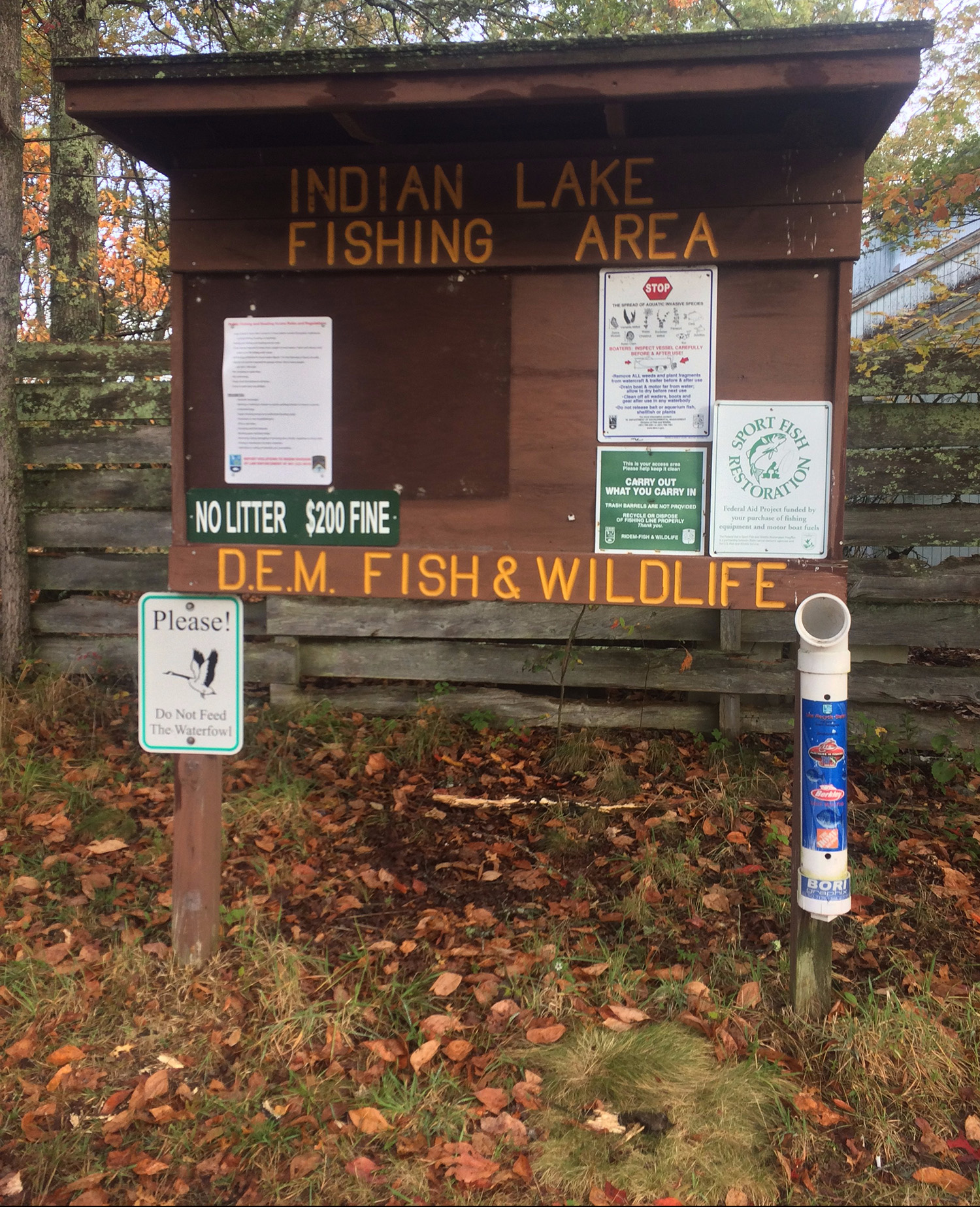 If your spool’s exploded, your bobber’s left bobbing from an oak tree, if you lose the battle fighting your personal best bridge abutment or you’ve back casted your nine weight into the phragmites, please take the extra few minutes to stuff the line in your pocket and discard it properly in a shore-side tube that people like Bonnie worked quite hard to install. The owls will thank you. 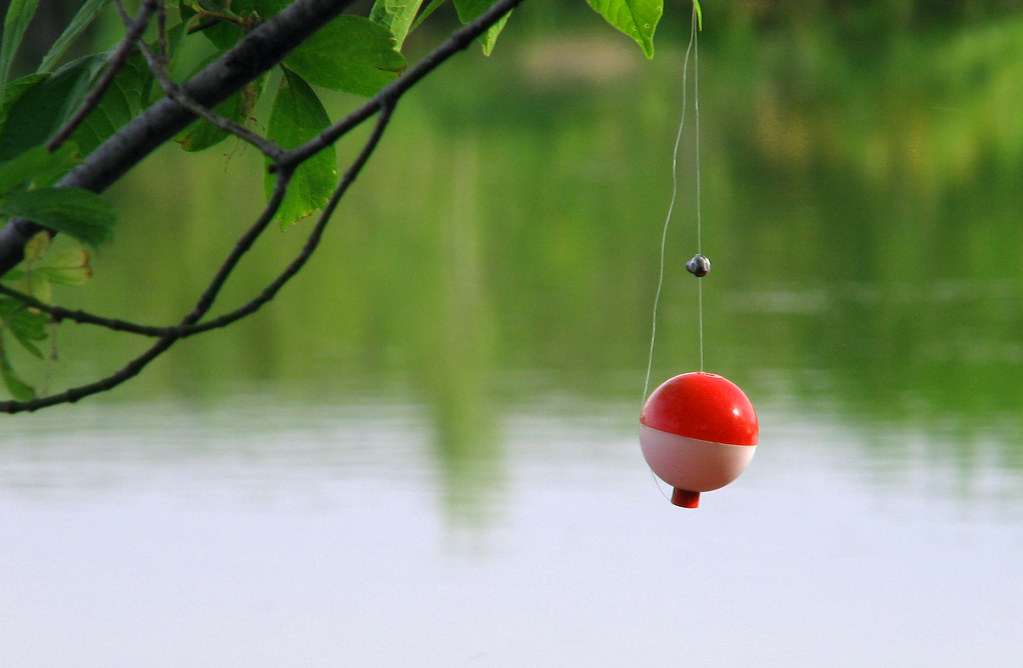 Eating With the Ecosystem hosted a Community Seafood Dinner at the South Kingstown Elks Lodge on Saturday, October 21. Local fisherman and board member Rodman Sykes was joined by a host of dedicated folks advocating how nature’s cycles can be reflected in our seafood choices. One of their goals is to encourage us to consider the ocean and what we consume when, with regard to their Five Anchors: proximity, symmetry, adaptability, connectivity and community. The short story here is at that local fishermen like Rodman and board member Kira Stillwell of The Natural History Survey believe there’s a different way to look at ocean, one based on sustainability, local access and a big picture understanding.

The benefits of eating locally are well established, to that conversation they add the idea of eating what’s in season locally, a concept not typically associated with seafood, which might mean species you hadn’t considered. In their own words, “Eating with the Ecosystem promotes a new approach to sustaining seafood that is local, place-based, and takes into account the whole ecosystem.” They offer a refreshing alternative to the easy path of just taking as much as we want and the proliferation of aquaculture operations, which can be monoculture approaches for selling temporarily in-demand species, circumventing the natural benefits of a total ecosystem.

With several courses served family style, the meal highlighted the richness of our local waters. Monies raised help fuel the conversation and connection of consumers to local, sustainable species. You can learn more about the group at www.eatingwiththeecosystem.org.

Peter Nilsen, President of The Rhody Fly Rodders and a close friend, said, “He was the total fishermen, experienced in every aspect of sport fishing, from plugs and lures, for bass and blues or bait for bottom fishing, to the whole history and experience of fly fishing. Ron spent his last day doing what he has enjoyed his whole life, fly fishing at his favorite spot, the Narrow River in Narragansett.”

Ron was the fisherman and friend we all wish we had. A fifty year member of the club, he was involved in every aspect of embracing and teaching the joy of being on the water to everyone, from young children to disabled veterans. It was his nature to share advice, flies and time. Peter added, “If you were fishing and you lost a fly, he would give you one. If he was catching more fish than you, he might just cut the fly from his line and give it to you. That’s who he was.”

Rest in Peace Ron, you will be missed by many.

a quick year in review for fish wrap’s first year

thank you all for such a wonderful first year of fish and words...   Quite a year to be a fisherman, it was. This was the first year for Fish Wrap and as is often a writer’s tradition, a few caps were twisted off during a few quiet hours of reflection. This small...
Keep Reading

We have a new look to the website, which I imagine you have noticed by now. Now it's 2017. A new year with all new opportunities... Thank you all for a fantastic year meeting the finest and craziest characters anywhere. And here's to an even better 2017
Keep Reading