This week, kids rule the seas 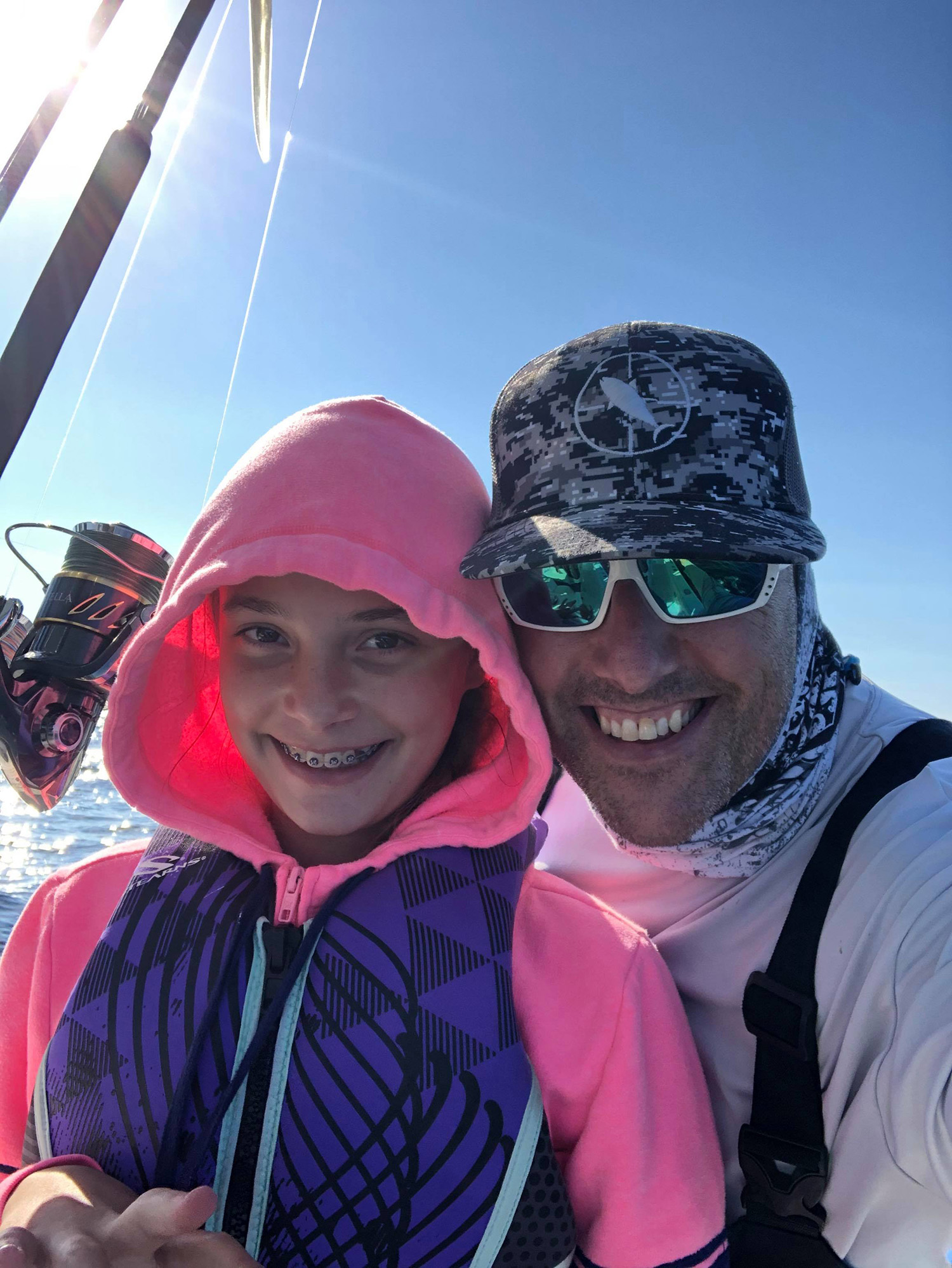 Many of us try our level best to teach our kids how important it is to get outside, breathe some fresh air and if we can get them on the water, to catch some fish. Sometimes we teach them our skills and experience such pride when they shine. Sometimes we get to take a step back to marvel at how far they have come as outdoorsmen and women. Sometimes they take all that wisdom, catch a pile of fish and win a tournament.

Tom Adams is a driven fisherman and complete pro at finding and catching fish, from the beach, from his Wilderness Systems kayak and now from his 21’ Mako center console. This year’s annual get-together with friends Matt Teti and his son Ashton, Lonnie Dovholuk and his son Ivan and Tom’s daughter Aubrey was to find some tuna with Cohen Babcock of South Coast Sportfishing out of Harwich, Ma.

“The kids, although it was early, were eager and excited for the day’s adventure.” Tom said. Tuna fishing on the Cape has been strong this year so it was easy to build some anticipation. “It was such an awesome feeling to see the excitement and wonder in their face as we searched for signs of life. We showed them to watch the birds, and soon after we would set up to troll. Once we started trolling and the sun broke the horizon it was on!” Tom said. Having had the pleasure of fishing with Tom and his lovely wife Brittany on a few occasions, it’s clear he’s passionate about fishing almost as much as he is about being with his family.

His three girls are everything to Tom.

“I can’t thank Captain Cohen enough for an awesome day and making some dads happy to be sharing their longtime friendship with our children and hopefully continuing that bond with them through a bent rod, screaming reel and tight lines. You couldn’t have wiped the smiles off their faces if you tried!” Tom Adams said.

Some days, the bottom line is, kids rule.

Then there’s Camila Capaldi. Daughter to Michaela and fishing machine Phil, Camila entered The Striper Cup this year. She fished local salty rivers and ponds with her Dad through three seasons as well as some open water around the Pt. Judith lighthouse and crumbling breakwalls. Camila has a knack for catching stripers while trolling, along with the occasional jellyfish. This summer, she landed a beautiful striped and won herself a kayak.

So the story goes…The winning striper fell for a trolled Cocahoe Minnow, “because that’s easier for me and I usually I get bites when I’m trolling,” Camila said. “Well, I know that day I caught about six striped bass and it was big and it was in (Narragansett’s) Point Judith Pond,” near the narrows. “I think it might have been the first fish I caught that day and it almost pulled me in the water,” she said while staying tight-lipped about the state of the tide.

“We fish whenever we can,” Phil said. The two are quite a pair. He is fixated on finding birds and schools of bait while she regales him with a bounty of stories about fish and anything else of interest to her vivid imagination. Camila is a top-notch character and a natural fisherwoman. She also caught a squeteague on the same minnow this summer, which is totally impressive.

When The Striper Cup finished, Camilla won the Youth Division and a new Native Watercraft Bonafide kayak. There is, however, some controversy over the color. “In my opinion, it’s Tiffany blue,” Michaela said.  Camila countered by saying, “I think it’s blue-ish green, maybe sea green or sky blue.” Native Watercraft says it’s Endless Summer green but there’s no use in splitting hairs since there are still stripers to catch. “My friend called and said we won a kayak and we did and you can stand up on it and it has a nice chair and it has pole holders,” Camilla said. How lucky she?

“I told my cousins and some of my friends. At snack time, my teacher put it up on the screen. The playground is very small but the ocean is very big,” Camila said. School has been hard enough on kids this year so it’s wonderful to see some celebration in the classroom.

“We really joined just because we wanted the t-shirts and we won a kayak,” Phil said through his near-constant laugh. “I’m going to get a lot of stickers for the kayak and maybe I’ll even try to create a sticker of a kayak and fish. I’ll make it like a fish and a kayak,” Camila said.

So there you go, kids rule and sometimes they take home the big prize. Well done kids.

I need to make a correction regarding our story about Al’s Goldfish Lure Company. Founder Al Stuart passed away in 1984, not 1978. Changes in company ownership did not occur until after his passing and the new owner, Mike Lee, made a purchase offer to an owner not in...
Keep Reading