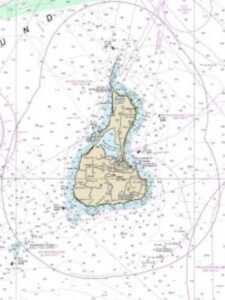 Block Island fishing, fresh and salt, can be predictably strong through several months. Most years, islanders can boast of some of the best fishing on the east coast, especially for striped bass, fluke and tuna. Given years of pressure on breeder sized bass around Southwest Point and the ledge, there haven’t been quite as many bragging reports. There are however, a few places to find largemouth bass on the island, which should never be called “Block”, if you know where to park.

Block Island fishing can be strong in fresh and salt waters

The Bluefin tuna bite to the east and south has been steady for a few weeks now. The Mud Hole, the Gully, and Coxes are producing big numbers on cedar plugs, just like our grandparents used. If weather remains fair, that bite might last a month or more and just in time, the Block Island Fishing Tournament opens at sunrise on Saturday, July 24 and ends at high noon on Sunday, July 25.  In typical island style, prizes will be announced at an “After Party” at Capt. Nick’s Rock & Roll Bar from 2:00 p.m. to 4:00 p.m. with a brief awards ceremony because it’s always fun to have a party on Block Island.

“When registering online, participants download our tournament app on their smartphone.  When they want to make a tournament entry they take a photo of their catch up against the tournament supplied ruler and send their entry electronically,” said host Capt. Chris Willi of BI Fish Works. Tournament entry fees are $100 per boat for up to four anglers, $25 per person for additional anglers and $25 for shore anglers.  This is a length only contest so there’s no need to keep fish for prizes or bragging rights. “There are divisions for summer flounder, black sea bass, striped bass and Bluefin tuna for boats, youth anglers, shore fishermen and teams. The tournament offers cash cards, swag and prizes from sponsors totally, $10,000,” Willi said. For the Highliners, there’s a $500 first place prize for fluke, black sea bass, striped bass and bluefish, $200 second place prize in boat division, $500 first place prize for shore division striped bass and bluefish, $500 first place team prize plus $200 youth division and photo contest prizes. That’s a load of loot on the line for a few fun days.

“Thanks to the Block Island Wind Farm and Ørsted Tournament sponsorship we are able to donate 100% of Tournament entry fees to the Block Island Fire Department and Rescue,” Capt. Willi said. Anglers are urged to reserve dockage on the island if they stay for the party and possibly later, which often happens out there. As Ørsted is a primary sponsor, if you snap a shot with the BI Wind Farm in the frame, there are still more prizes, like money. “And they pay in cash, which is just as good as money,” quipped the great Yogi Berra.

You can enter online at https://www.sandypointco.com/bi-inshore-tourney and then pick up their participant bags on Friday, July 23 at Block Island Fish Works, Ocean State Tackle in Providence (please make sure you leave some time to talk with owner Dave Henault, he’s a total character) The Saltwater Edge in Middletown, South Kingstown’s Snug Harbor Marina and Watch Hill Outfitters in Westerly.

Island freshwater fishing is catch and release only

Also on the island, the first ever Chasing Hawgs largemouth bass fishing tournament was a total success. Islander Mason Littlefield organized a week long catch and release tourney, updating a leaderboard on Instagram. Before controversy clouds a great win, Mason’s father Kirk Littlefield won first place with a five pound ten ounce, twenty three inch largemouth. That’s a beast. Kirk has been fishing island tug holes and swampy corners for more than fifty years and has been known to keep an Ugly Stick in the cab of his family’s propane delivery truck so it’s not surprising he was able to win bragging rights. Brother Geoff Hall was briefly on the podium, only to be pushed aside by the Littlefield clan. As the island turns… 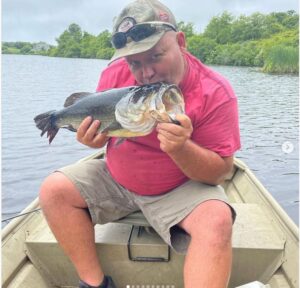 Kirk Littlefield kisses his trophy, before tossing her back overboard

“It was kind of funny, I told my daughter Allie to cash in on the spot but she proceeded to try and get somebody else’s lure that was hanging in a tree and said no. So I did and caught the fish,” Kirk said. Lesson learned from Parenting 101 right there. Given how the inner web grinds up information, the winning fish will likely gain five pounds and six inches by the end of the summer.

It’s an unofficial catch and release only island. As more people have purchased or built houses on the island, access to many of her productive kettle ponds have become off limits to wandering bass anglers. There are still several on roadsides, requiring only a side saddle hop over a guard rail or pushing back a few handfuls and mouthfuls of blackberries or honeysuckle to cast. If it’s big fish you crave, a few days trolling around the island or a night casting needlefish under a blanket of stars below the stairs might just be your ticket to some cash, which is just as good as money. 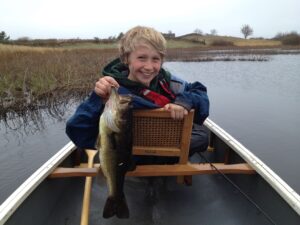 It all starts here, on the banks of a river

Peter Van Noppen organized his folding tables, behind him, the Woonasquatucket River. Peter was the fulcrum for a big day of cleaning, clipping and hauling along this one stretch of the historic river just behind the gloriously restored Rising Sun Mill. The Woony was...
Keep Reading

Talk around the docks this week has been all about sunset. These new days of a waning summer seem to have made the fish a bit uninterested once the sun sets, even when they were actively feeding. This temporarily flies in the face of something we know best, that...
Keep Reading

“Wild River”, Warren Winders’ new collection of poetry and prose, shares how people, waters and fishes struggle, survive, pass and very often teach us how amazing our world really is.