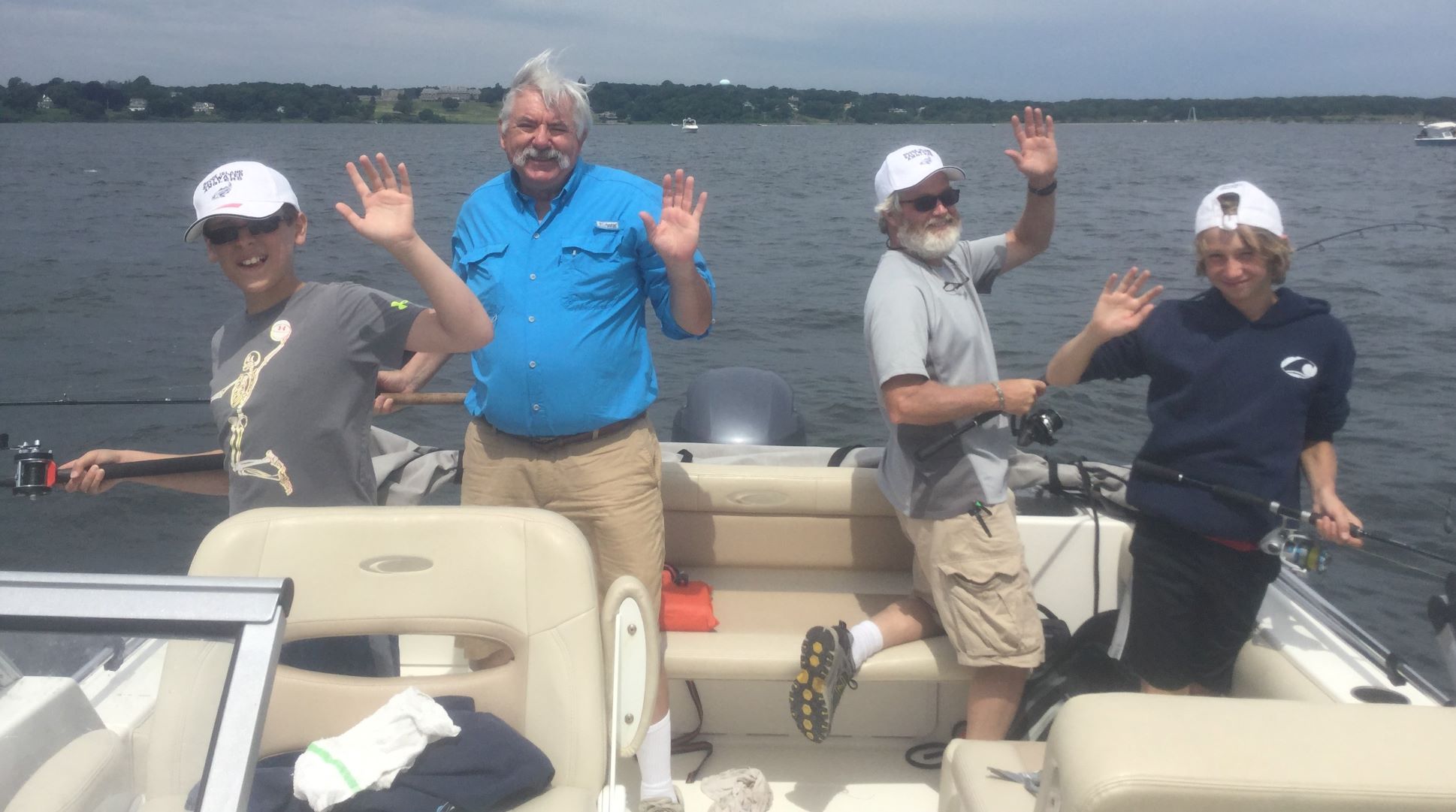 Steve Medeiros has passed at 72, called from his family by God, quite unexpectedly. His is an incalculable loss. Steve was a proud Vietnam-era Navy veteran, retired West Warwick Police Department Sergeant and owner of Medeiros Studios. Those mighty accomplishments were complemented by his founding and stewardship of the Rhode Island Saltwater Anglers Association. Steve was at every meeting, with his trademark jeans and RISAA polo shirt, managing an army, or navy as it were, of officers, ensuring monthly seminars were class acts: finely tuned, informative, entertaining and purposeful in intent to bring members together to enjoy each other’s company and learn about fishing. Fish and fishermen in abundance, that was his mission.

I have fought the good fight,

Steve Medeiros’s name is synonymous with that busy, highly organized, widely respected, generous and charitable group which works tirelessly protecting while enhancing rights and futures of recreational fishermen and women. Steve Medeiros was personally all those things and more. Modern fisheries laws are considered, developed, massaged, announced and argued over, often in forums where average anglers dare not tread and Steve was always there, rubbing his eyes, wiping his glasses after long evenings listening and advocating, with his prepared comments to keep RISAA front and center to regulators and enforcement. He organized, attended, often endured and later wrote about countless meetings, public hearings and hallway huddles where recreational fishing rights, quotas, public access, fisheries management and largely anything to do with southern New England waters were considered. Steve Medeiros helped build a fishing club into a creative, thoughtful and savvy organization with considerable State House clout. He was a relentless defender of anglers who might never know of him or of his work, which suited Steve fine enough. The man behind the curtain in a blue RISAA polo shirt. Thank you Steve.

I have finished the race,

In his obituary, it was noted, “Those who loved him understood his unparalleled work ethic, his quiet devotion to family and faith, and his gratitude for the simple pleasures in life, like a home-grown tomato fresh from his garden.” The wonderful songwriter Guy Clark gave us, “There’s only two things money can’t buy, that’s true love and home-grown tomatoes,” and indeed, Steve loved his wife Lynn, his children and their children dearly. He protected fish and family with equal, formidable effort. He was a gentleman.

Among RISAA’s notable achievements was helping negotiate a fair arrangement for saltwater fishing licenses. As one writer observed, “The Rhode Island Saltwater Anglers Association worked deliberately to ensure monies raised by state license sales, minus administrative costs, are spent directly on projects which benefit saltwater anglers so your monies don’t get sucked into that financial quagmire called The General Fund.” That dedicated fund promise was a major league achievement of negotiation, but smooth seas never made a skilled sailor; Steve had vision, ample passion and stamina. That busy Galilee boat ramp is just one example of how RISAA ensured license fees were reinvested for fishermen and women. Thank you Steve.

I have kept the faith.

He was laid to rest at Saint’s John and Paul Church in his Coventry hometown, with incense drifting along hard wooden pews of kneeling, sorrowful friends. Christian masses and burials practice sacred rituals and rites; Steve Medeiros protected those personal rituals we anglers love and often take for granted, even while fishing the very shores of Galilee. Starting engines at false dawn on bluebird striper days, passing rods to young anglers, launching kayaks into the lovely ink of nighttime, walking rows of vendors at the Saltwater Fishing Show on cold March afternoons; all these are rites for those devoted to the sea for which Steve fought every day. RISAA member John Brierley noted, “He was always fair and considerate. A true advocate for fishing enthusiasts.” As we ramble our way through such short lives, what’s a more fitting tribute than to be remembered as someone fair and considerate? Thank you Steve.

Henceforth there is laid up for me the crown of righteousness.  2 Timothy 4:7-8

Steve and I enjoyed regular, cyclical conversations whenever some Fish Wrap post caught his eye. “The March newsletter is full, but if you let me print it, I’ll make room!” he wrote a few years back, knowing full well that my words were his to share whenever he wished. It is no small honor, to be printed in the RISAA newsletter. “Here I am again, back seeking to reprint another piece…It’s a segment out of your most recent column of fishing with Greg Vespe…” Of course Steve always asked first. “You know I want to print this one!” he wrote very recently. He was always the gentleman yet I never made clear how much I admired him. I remain humbled by his leadership, humility, generosity and passion. In my mind’s eye, he still sits at his desk, hosting yet another ZOOM meeting, keeping order, leading the way, working tirelessly on behalf of fishermen and women and for all those fish we are blessed to catch and release. Thank you Steve.

Thank you Steve Medeiros; for you a policeman’s prayer, completing your well lived life of service.

Lord, I ask for courage: courage to face and conquer my own fears;
courage to take me where others will not go.
I ask for strength; strength of body to protect others;
strength of spirit to lead others.
I ask for dedication: dedication to my job to do it well;
dedication to my community to keep it safe. Give me, Lord, concern:
concern for all those who entrust me;
and compassion for those who need me;
and please, Lord, through it all, be at my side.

You can donate to the RI Saltwater Anglers Foundation in Steve’s memory if you wish, at PO Box 1465, Coventry, RI 02816.