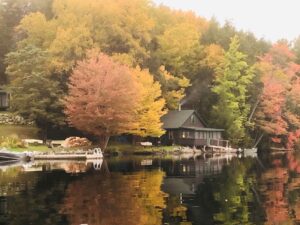 Eagle Lodge and Camps, secluded on a late Fall afternoon

“Are you ready?” he whispered. She sat up, looked around, breathed in and sighed. “I’m good,” she said, but he was already downstairs, sipping coffee, rechecking bags already rechecked. Clothes, lures, G Loomis rod, dinner, DeLorme, special bourbon, cast iron and coffee; all was secured for a seven hour ride. Driving to the North Maine Woods for late season largemouth and exhaling risks foul weather, lethargic fish and miles of lane jamming leaf peepers and last minute camper movers. There are, they knew well, few rewards richer than paddling canoes in a memorable absence of sounds or distractions beneath a canopy of brilliant colors. It was time to go fishing & exhaling in Maine.

She peered at the truck clock. 2:49 a.m. He knew the way. Route One to Four to 95. Drive 400 miles, take an exit, head for woods, watch for water. Everything outside their windshield was dark as a pocket. Leaving when only college party discards and early shift workers idle at slow traffic lights, put them north of Boston by 4:30 a.m., New Hampshire’s Sarah Mildred Long Bridge shortly after then Portland in three hours easy. 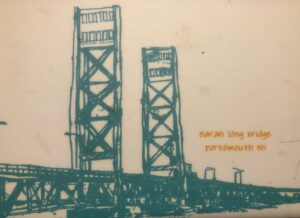 He passed Augusta and Bangor, big cities by Maine standards whose lights don’t obscure stars, as she slept. At false dawn, they cheered Nature wrapping roadsides with slight colors. They passed over the Androscoggin, Cobbosseecontee, Kennebec, Pushaw and Penobscot flows. He always sat up to look down at moving water, saving every view of eddies and cribs for winter, when there was little to see from their own windows. Fields of wilting corn lined the highway. 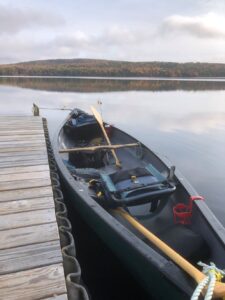 On the Trails of Henry David Thoreau and Joe Polis

Passing Old Town, where Thoreau twice retained Indian Joe Polis to guide him around Ktaadn, he steered east as she stirred, to an old log camp set back from an older pretty pond’s gravel edge. Slight traces of October breezes rippled distant surfaces while the rest was slick, freckled with fragile leaf boats from bright maples and birches. 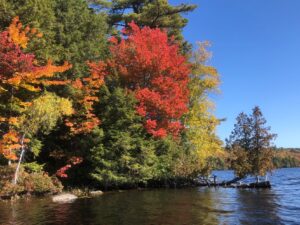 He set in their canoe quickly after unloading gear and arranging camp.  Exhaling and fishing. Together they launched with ease, stowing rods, spinner baits, swim shads and cans of Dogs and Boats. With unusually warm afternoon temperatures, he thought largemouth might seek shallow summer haunts, if only for a few hours. Tiny grey bugs swirled here and there while schools of white perch made two long sections by the big rock seem nervous. They paddled without speaking. A single loon watched, calling a mate unseen while listening for motion above and below. He paused and quietly mimicked her calls. Quite unsuccessful with the latter, they paddled silently along, drinking in sacred moments of peace, drifting past small camps, tucked back and mostly closed for the season. Windows held no blinds but they knew insides were drawn tight by canoes and tin boats dragged up high, tied to white pines. 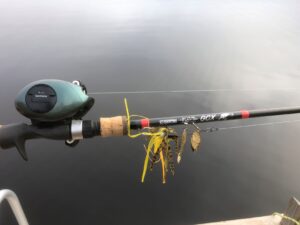 His first fish fell for Bob Buscher’s pumpkin spinner bait on an eight foot edge. He hauled the G Loomis rod back hard to land his second with a silver swim shad from a field of defiant grasses where deer prints, pressed into a sandy bottom, reminded them how thick was the lush cover just last month.  He paddled from the stern for twenty perfect minutes as she dozed in a bow seat. 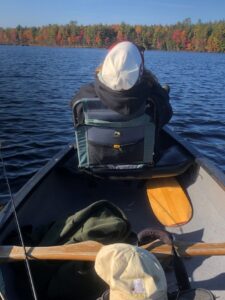 Fishing and resting in the peace of the Maine woods

Back at camp, she walked past split pine stacked high under a maple several weeks into its seasonal colors, savoring her ample glass of Placino Winery Sunflower Cabernet. Camp owners Loraine and Justin were there: she ensuring all was right, he preparing for the next day’s moose hunt. Neighbor Dick Laffey dropped off their daughter Vanessa after an afternoon grouse hunting. Dick is quiet and wise. He knows what you would like to. His smile tells you that. His pretty Old Town Sponson canoe was already rolled up high into the pines because he knows what season is coming, no matter how warm the air was today. Justin’s wood boiler left an early season smoke trail. 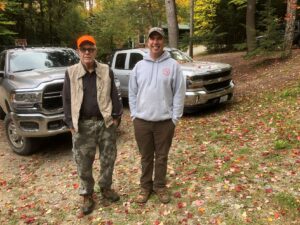 Heading Home From Such Peace On A Pond

He had started a woodstove fire so their small rooms were warm without insulation. Maine camps have walls of logs stacked on logs supporting rafters supporting old asphalt shingles laden with moss and fallen branches. They are reassessments of perspective. Do we need more than we need or would we be happy with just this? Stoking a woodstove, serving stew from a cast iron pan, sharing comforters across creeking outside chairs to marvel at so many stars we surrender to city lights; all that erases all that driving.

On the last day, he paddled into daybreak fog. Finding direction was difficult at times. He knew every rock and bent pine and likely where that thick smoke smell came from but in northern Maine, you should not navigate by campfire. 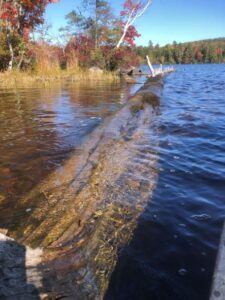 He sat motionless in a corner where Secret Stream silently entered a heavily wooded cove, hoping for a fish. Ancient cut then lost timber afforded bass and the biggest pickerel cover but overhead, a bald eagle watched. Natural competition. 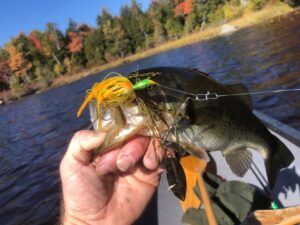 He thought about a long ride home, how south of New Hampshire, cars and trucks become merely machines burdened with angry transport, relieved of their fun cargoes of canoes, kayaks, bass boats and campers, how Boston strains roads and patience. Joyless, endless, bumper to bumper, tight steeringwheel grips, no exhaling. He drifted into thirty minutes of silent, peaceful slumber while gold Colorado blades twirled slowly, just over the gunwale, sparkling in a low sun. 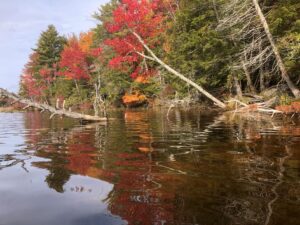 “Are you ready?” she whispered. He sat up, looked around, breathed in and stepped carefully from their canoe. “I’m good,” he said but she was already walking up a grassy hill for one last look at camp, faint chimney smoke trails, the pond, the loons, the colors. “Fishing and exhaling,” she thought, breathing in to save something from the North Maine Woods for her long drive home and winter by a woodstove. It was time to go home.