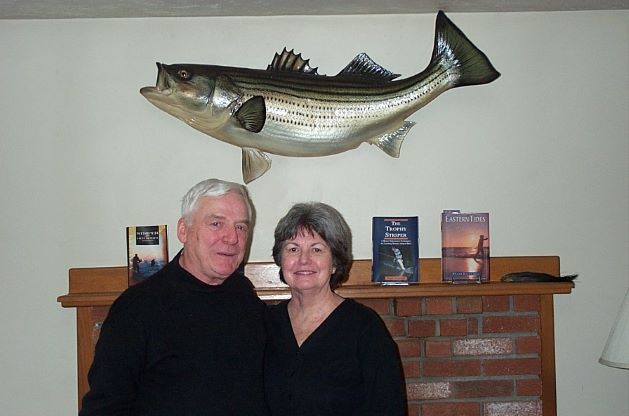 Frank Daignault, freelance writer, author of eight beloved fishing books and innovator of fresh and saltwater fishing techniques, has earned near celebrity status yet his greatest achievement may be his marriage of 65 years. To know Frank Daignault, you first need to know about his lovely wife Joyce. Together they have lived an enviable, determined life along beaches, woods, and fields while those decades of love, friendship and adventures made them inseparable. Anglers and couples have much to learn from Frank and Joyce Daignault, classic and true outdoors writers and teachers. 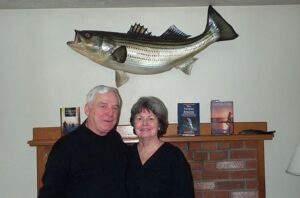 Outdoors Teaching and Writing to Share Their Lifetime of Knowledge

“We spent a lifetime fishing and hunting. When we met, I had never made a cast, I had never shot a gun,” Joyce said. She was 16, he was 19. For first dates, they rented canoes on Burrillville’s Spring Lake for a dollar a day. “We would paddle up wind and let the wind push up across the lake, let a crawdad to about a foot off the bottom. We used to go home with limits of smallmouth,” Frank said proudly. “He swept me off my feet,” Joyce said with a true smile. They married the next year and by the time Joyce turned 21, they had four children.  Both earned master’s degrees in education, enjoyed teaching careers, raised a family and often spent seven summer nights a week on the beach. 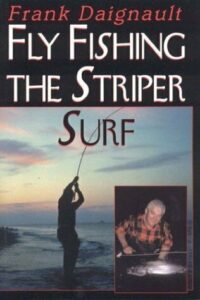 Frank started writing about fishing in 1969. Salt Water Sportsman editor Frank Woolner printed many of Frank’s pieces on how to catch fish in different locations and as his skills grew, those years on the beach translated easily to loyal readers. With Joyce working the red pen, he built a reputation as a world-class fisherman and outdoors writer. That growing notoriety drew attendance at fishing shows with large crowds waiting in long, weaving lines to buy his books like The Trophy Striper, Eastern Tides, Twenty Years On The Cape and Fly Fishing The Striper Surf.

For years, their summers were spent rod and reel commercial fishing while they saved their teaching salaries and from those nights came many of his tales and tips. There were a few real surfcasting highliners on The Cape but that never intimidated them. Long before fly fishing for striped bass became popular, Frank and Joyce were there. Banging his fist on a small table, Frank said, “When I started fly fishing for stripers on The Cape, no one did it. No one!” he laughed. In 1977, Frank tied the striper fly fishing world record at 43 pounds. He sold the bass in the morning and went back to work fishing that night. “We were constantly analyzing everything,” he said, ever attributing nature’s clues to much of their success. 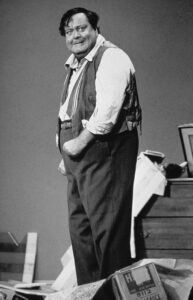 Writers and Teachers Help us Learn and Improve

After a few good years, they bought an old bread van, making summer life easier for the kids while they dug clams, roasted potatoes on open fires and watched Jackie Gleason on a black and white TV. As for the fishing, Joyce admitted, “Somewhere along the way, I fell in love with it.”

“We fished from the time we started dating,” Joyce recalled, “But I didn’t pick up a gun until I was in my forties.” Frank the outdoorsman helped Joyce the private school girl appreciate Nature, over time. The walked soft moss trails tracking deer in Rhode Island, fished Bangor, Maine for Atlantic salmon and hunted wild boar in Vermont. “You should never shoot anything you’re not going to eat” Joyce advised. Shooting trap a few weeks prior, she shot 24 out of 25. Since they started keeping records, Joyce has taken 27 deer and Frank 26, but he freely brags she, “Has shot over 50 deer along with hundreds of pheasants, ducks and geese.”

Frank Daignault, articulate and remarkable, thinks age is showing up in his deer kill numbers. “How many did I get last year,” he asked. Joyce, who took a deer on opening day with her CVA Wolf muzzleloader, giggled softly and said, “You got nothing.” Two years ago, she shot a ten pointer but much like their wonderfully intertwined lives, there is some disagreement about who actually landed the shot. They both fired and only one round hit. Frank said, “As soon as she shot, it went right down.” A true gentleman and likely a classic realist, Frank said Joyce made the winning shot. “We really don’t know for sure,” added Joyce. It’s really not that important because the deer was found, processed in their ceramic floor kitchen like so many others, the rack hangs on the wall and together, they have one more tale to share. Not surprisingly, Frank begins most sentences with “she,” displaying respect seasoned with true affection.

Frank retired while Joyce stayed teaching in Millville, Ma. He has written prolifically for 51 years and still contributes to magazines like The Fisherman, Surfcasters Journal and Deer and Deer Hunting. “When you write well, it’s a gift. And you have that gift. Don’t let it dry up,” Joyce said to him. “I’m writing more than I’m hunting and fishing,” he chuckled. Much of what Frank writes and says is instructional, even if not intentional. Stories have multiple beginnings as each adds a sentence or important memory, which backs everything up for a few seconds but then gets them rolling. Listening to them finish each other sentences or correct some detail is pure joy.

What’s his secret? “You have to be an expert,” Frank said, with pictures to support every submission. What’s their secret? “Stay married and don’t borrow money,” he said without hesitation, looking across the room to walls lined with antlers and fish and to Joyce, his amazing wife. “I don’t know that I could live without her. When she goes to get the mail, I worry about her,” Frank said with a smile.

“I never forget there is a special pride in teaching these outdoor endeavors that is greater for the teacher than the student,” he said.

At 85, Frank Daignault is still teaching us with his writing while at 81, Joyce is scouting spots for a new deer season. Taking a page from their books, we will all benefit from their lifetime of adventures. It was my true honor to share a few inspiring hours with them.

This week we meet Massachusetts musician and fly fisherman Zak Trojano. He writes complex, intricate, beautiful songs that help us see life a little differently because music, like fishing, speaks to people differently. Music can take us away from or bring us...
Keep Reading

The big bass continue to hold tight to the top of Narragansett Bay. Live pogies are still the best bet for the big girls and several fishermen have reported stripers in the 28”-40” range.  Down south, the salt ponds are producing plenty of schoolie bass action....
Keep Reading

“Whatever I catch, I’m going to say it was three times bigger.” 13 year old Tim Roberts started a day of fishing by sinking my writing plan. Drifting along Warwick Neck in Captain Tim Wordell’s bright white Cobia, the younger Tim was a camper with the R.I....
Keep Reading