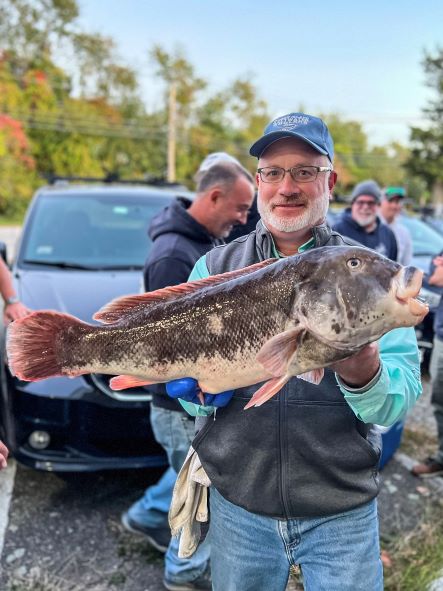 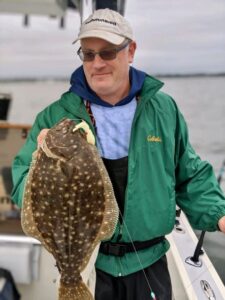 Greg Vespe has been chosen as the new RI Saltwater Anglers Association Executive Director. This week, we learn more about Greg, how he envisions RISAA’s future and how a young, diverse membership will drive its success. As Vespe takes RISAA’s helm, the Executive Board could not have made a finer choice.

RISAA is fortuante to have Greg Vespe at the helm

“I’ve been fishing for a long, long time,” he said, so he comes to this new role honestly. “Wake up, fish a little more…I still have the same tin I had in high school and I’m as comfortable in that tin as I am with anything,” he said, referring to his storied, reliable metal boat. This telling comment reveals his ability to chase, catch and release fish from shore or any size boat, all with that grade school excitement which will translate easily as he helps protect anglers of all sorts in many waters. Greg has been a RISAA member for more than twelve years, was an eager participant in their activities almost since its creation, has donated his time to several boards and commissions and is a very popular meeting and Saltwater Fishing Show seminar speaker, which he calls the best fishing show in the Northeast and its “crown jewel”. 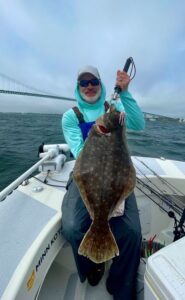 “This is very exciting for me, I mean, it’s tempered by the loss of Steve,” he said, referring to the unfortunate passing of Steve Medeiros. Under Steve’s dedicated and passionate leadership, RISAA grew steadily to include some 7,500 regular and affiliated members while establishing itself as a solid and respected voice for recreational anglers. Greg shares identical attributes coupled with a desire to be creative and inclusive as he increases a membership reflecting a changing world. 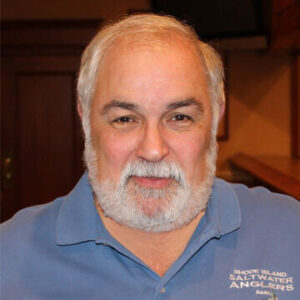 “If I’m to be successful, my role will be to give the committee chairmen the resources they need and the support they need to do the job they are responsible for,” Greg said, acknowledging that RISAA owes much of its success to its leadership. “We have really good board members, really good committee members who are dedicated, who are smart,” he said. From personal experience, as Vespe takes RISAA’s helm, few organizations run as smoothly, likely because everyone cares. With events focused on helping young people become responsible fishermen and women and a mission to work with legislators to protect fish and access to them, it’s also a very fun group.

“I believe at our core, we are a family friendly fishing club where members of all skill levels can come together, share experiences and provide opportunities to learn from each other,” Greg said. His philosophy on maintaining their success is two-fold. “I also believe we need to continue to be effective in representing our members and the recreational fishing community at large at state, regional and federal hearings as it pertains to fish stock management and maintaining access to fish, whether by shore or boat. If I can help us continue to accomplish both these goals, then I think RISAA will continue to grow and thrive,” he said.

Vespe is an able angler with decades of experience

“I’m pretty comfortable on the rocks with a pair of corkers and waders and I understand how important access is for surf fishermen,” Greg added, “I also understand small boat needs, that a fisherman in a 14’ to 20’ boat has a much different perspective and needs than a person in a 30’ boat.” Greg has a welcomed sense of perspective from, “coming up the way I did,” which will help ensure RISAA is a respected and trusted voice for all types of recreational anglers. As Vespe takes RISAA’s helm, he brings energy, creativity, a diverse fisheries background and a wonderful idea to bring some members, “member outreach” he called it, onboard his pretty 20’ Swan Point center console, the Miss Colleen, for pure fun and conversation. Having been fortunate on a few occasions to fish with and learn from Greg, this will be an opportunity not to be missed.

As a resident of Tiverton and an active member of the Aquidneck Island Striper Team, he hopes to draw in more East Bay anglers to the Association. His notoriety as a highliner and speaker surely will help, plus, his past involvement makes him a known and welcome presence at regulatory meetings. But you can’t just talk the talk. Just recently, Greg landed a ten pound blackfish in Narragansett Bay; it was shining moment for a relentless fisherman but what stood out was that he knew 1,247  tautog had come over his rails before this goliath. He celebrated his catch on social media and for winning a weekend AIST tournament but he’s always the first to remind all fishermen that we have a special fishery here in the Ocean State and need to protect blackfish from exploitation. He takes careful notes, has an uncanny ability to read water, does not shy away from advocating for fish and access to them and maybe most importantly, is happy to share knowledge. RISAA needs all that. “No matter how good of a fisherman you are, at some point, what good does it do if you just take it with you?” he asked. 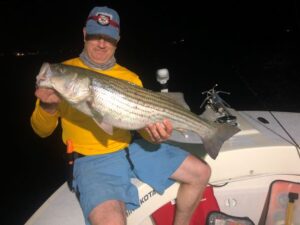 “If you don’t pass things on, then what have you accomplished?” Greg asked. This might be his most telling observation as it sums up a seasoned fisherman’s desire to help a solid association better their collective ability to be steady, dynamic, representative, educating and even entertaining. RISAA will unquestionably forever benefit from the profound passion of Steve Medeiros and now, members will cheer a new shot of energy from Greg Vespe: rarely out-fished, widely respected and well-focused on ensuring sustainability for RISAA and fish.

Vespe’s knowledge is a asset to all RISAA members

“I feel like I would be doing a disservice if I didn’t do everything I could to try to share as much as I could with other anglers who are coming along, because I certainly have been helped,” he said. In such a divisive world, Greg Vespe is a fine example of how we fellow humans should respect each other, as well as fish, to ensure our collective, healthy survival, all intertwined with a shoreline.

Cheers to Greg Vespe and to his many years guiding RISAA. 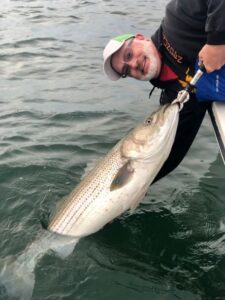