We are incredibly fortunate. I know so, because of all the amazing people I continue to meet and the experiences I share with or without them. This year’s 2022 Fish Wrap Memories will take two weeks. It was a year full of characters and adventures. I am so grateful. 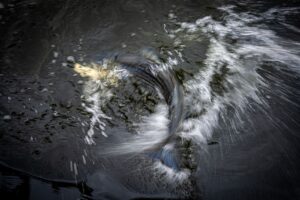 “She was a winter giant”

She surely would have been the most amazing striped bass I would ever meet. She was so close. A fish likely three feet long, or more, in three feet of January seawater, vanished. She glides by me as I sleep. She is grey, dark blue, brindle even, perfect in her seven stripes. From darkness, she rises sluggishly, worn from battle, pulled by braid alongside my bed’s port side. I reach but then she is gone. Slowly in some endless eddy, wrapped in a hue of chalky woodstove smoke, rain lightly tapped a smooth surface as my string of inconsiderate profanities lanced a morning with anger, echoing through a peaceful Narragansett. Each night she rises again then sinks like Penobscot River timber, slowly, as a parted leader recoils to lay limp on my lap. Jason Anctil has it right. “To go into detail on a lost fish is really only a fish story because it is truly the one that got away.” But this one did get away and I won’t get over it. Ever. 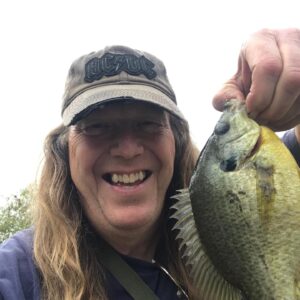 Being fortunate to write stories like this really is what keeps my heart ticking.

Lead is commonly used to sink baits and lures but there are a host of negatives to lost lead in ponds and rivers. Glasswater Angling has a line of tackle alternatives built to help you catch fish without damaging those waters we love. And the owner is a total character. “Bummer fact: about 4-5000 tons of lead weights are sold each year. Approximately half (or more) are replacements for lead lost in the water or on the shore. 2500 tons of lead will leave 500 million to a billion lost lead objects in shore bird habitat. Every fishing season,” John said. “Don’t fear the alternatives to lead, it’s a whole new world of materials and chances to gain an advantage on the fish.” And if you should lose one to a giant bass or head shaking walleye, you’ll feel better knowing you didn’t poison our waters. 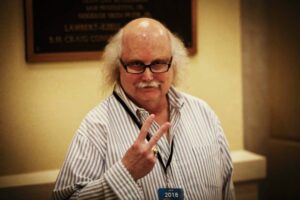 “I had no idea. They kept spelling it. BASS? I thought I was going to cover concerts or something. It was like, what?” Don was an Emmy winning ESPN investigative journalist. Some corporate suits thought he’d be perfect to write about fishermen. “I didn’t leave ESPN to go to BASS. They sent me there,” he said. Lyrics, poems, observations, real moments of joy and failure, in addition to his photographic memory, eventually usurped corporate confines of perceived reader desires. DB brought the attention advertisers craved but more importantly, pure reader devotion. “It is indeed what I was put on this planet to do. It just comes very easily,” DB said modestly. “I couldn’t diagram a sentence. I don’t even know what the hell that is. The only thing a boss ever told me was, ‘Are we going to get sued over this?” All great artists see things differently, maybe in abstracts, maybe upside down. DB watched a caravan of  anglers in bright sponsored jerseys and saw people first. He saw a sport and a grind fueled by passions and heartland dreams. He realized a six year practice squad linebacker is just as anxious for a front office call as a Kentucky son with two kids and a wife working nights so he can find himself that six pounder and change into a new jersey with a big truck logo. Their stadiums are different but dreams are not. That’s where DB’s stories shine.

Just Some of Our 2022 Fish Wrap Memories

Then we froze our pens off.

“Walleyes Through 40” of Minnesota Ice”

At daybreak, it was -32°. We were fishing Lake of The Woods for walleye, sauger and Northern pike. Winter in northern Minnesota is no place for surprises. Beginning a nine mile drive over the lake, Joe Henry dropped his Toyota into four wheel, looked right and said, “Fishing is not a pastime in Minnesota, it’s a culture. Please unhook your seatbelt.” I understood his concern for unplanned exits. That first porta john expedition reminds the even the hardiest New Englander how thirty below feels howling across 20 miles of icy, desert white scape. A deadsticked Al’s Copper Glow ice jig tipped with a small minnow performed very well, even if left to sit for up to an hour on a St. Croix Tundra rod. Some forty fish later, we drove for home with the sun above a distant horizon. Nine miles out is no place to navigate an ice road in darkness or to risk a night without absolute protection from elements which will heartlessly consume you. We also learned to reconsider a second porta john expedition.

“Nips and water do not mix”

“They are literally everywhere,” said South County’s Bill McCusker, running his hands through a blue trash totter teeming with bright, faded, new and worn plastic bottles the size of business cards. Out for a walk, peddling a bike, putting in a canoe, turning north, even parking at a restaurant, it’s easy to see empty plastic shots of liquor polluting our landscapes. He is on a mission to curb trash on our curbs, gutters and waters as he collects nips with a group of volunteers. “195 nips fit in a five gallon plastic bucket. 12 buckets fit in a town totter. We need some sort of mechanism to get these off the street,” Bill said, because squads of volunteers should not be combing streams and shoulders for the trash some trash toss out windows. RI House bill 7064 addresses the litter issue of  “miniature alcoholic beverage containers,” and I’d toast to that but it has been “held for further study” which means it’s been tossed out a window like so many nips because, if I were to venture, the liquor lobby lobbied in defense of such high profits from half priced easy sells, which overrides consideration of our natural world. As our waters and roads become dumping grounds for the lazy and paranoid, let’s react to Bill McCusker and other’s work and pass a bill to ban nips.

Next week, we will share a few more highlights from a very busy 2022.