We walked The Capital for fish, conservationists and for generations of abundance

Some of the team, gathered at the table, ready to get to work. After dinner, of course.

The Ocean Conservancy invited a flotilla of fishermen from all over the country to Washington D.C. to discuss long-range protection of fish stocks and the path to abundance. Our mission was to meet with our congressional representatives to ensure a strong Magnuson-Stevens Fishery Conservation and Management Act. Forage fishes, bluefish, and striped bass remain critical species we need to protect, not solely for the fun or business of fishing but because it’s our job as conservationists to not see the whole world as ours for the taking. 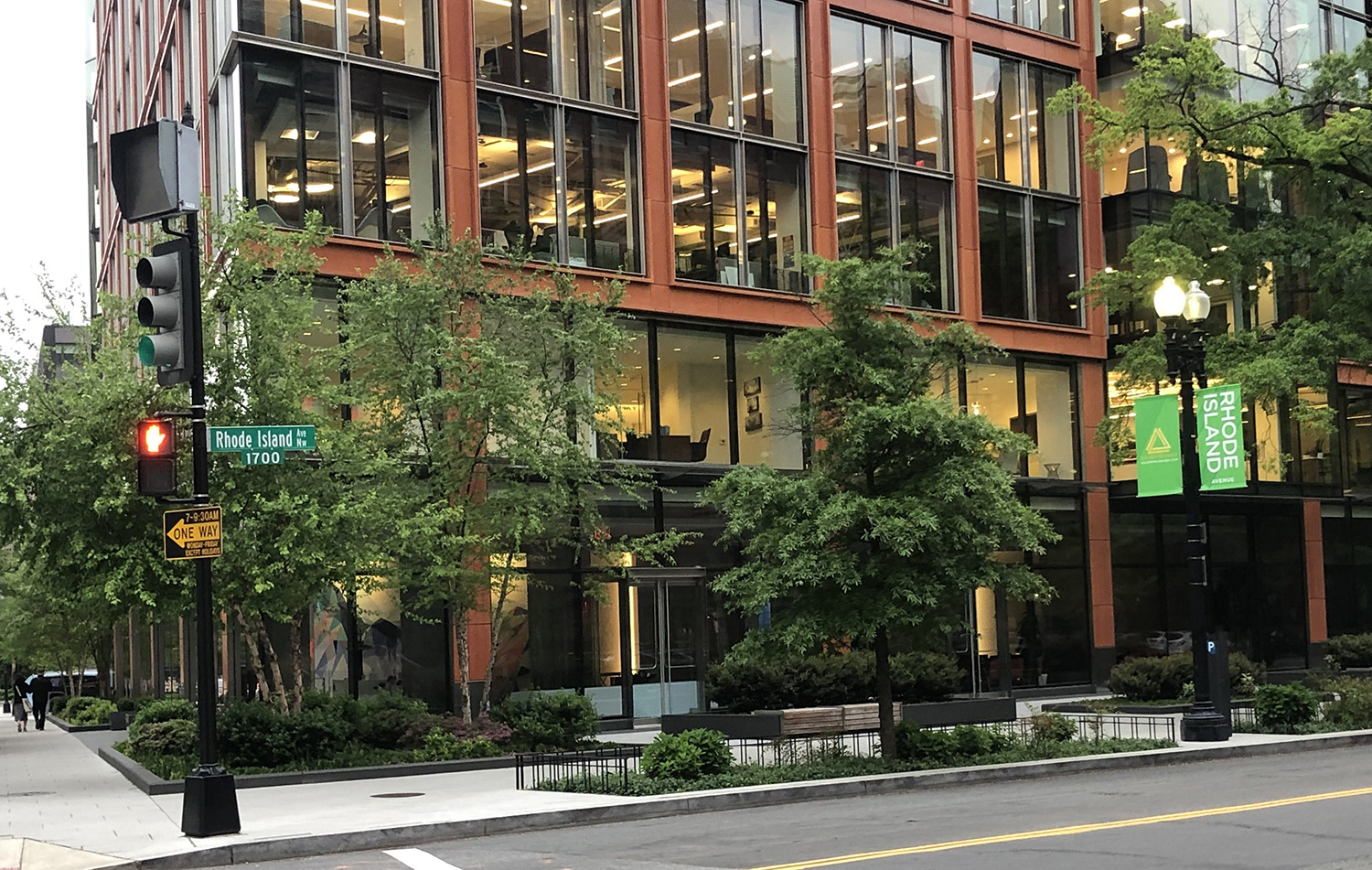 Magnuson was enacted in 1976 to create a 200 mile offshore protected zone, initiate real conservation and correction efforts, and prevent domestic over-fishing while giving equal consideration to the business of fishing. It was a landmark effort reign in our DNA level need to take and take some more. Magnuson established eight regional fishery management councils that use the best available science and data to establish control measures such as catch limits, slot limits, bag sizes, and seasonal restrictions. The goal is to maintain healthy fisheries and rebuild failing ones. Fishing our way to the edge of implosion, like we did with striped bass, isn’t a guarantee we won’t fish it to collapse after we rebuild it, like we’re doing with striped bass right now. The act includes a series of accountability measures designed to kick in when managers realize a population is being over-fished because we’re humans and in some situations, we can’t be trusted. 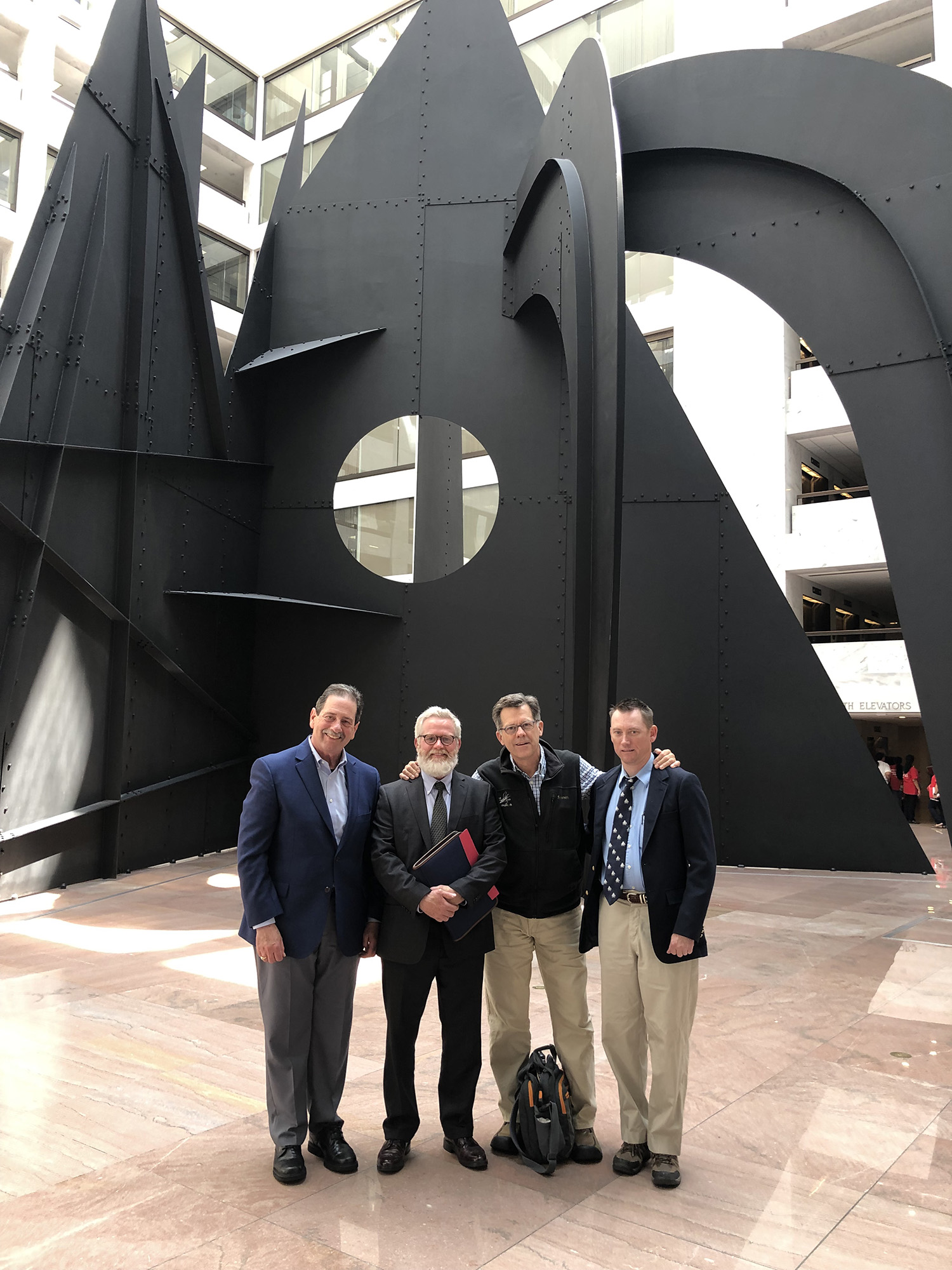 Four fishermen talk oceans beneath a towering Mountains and Clouds 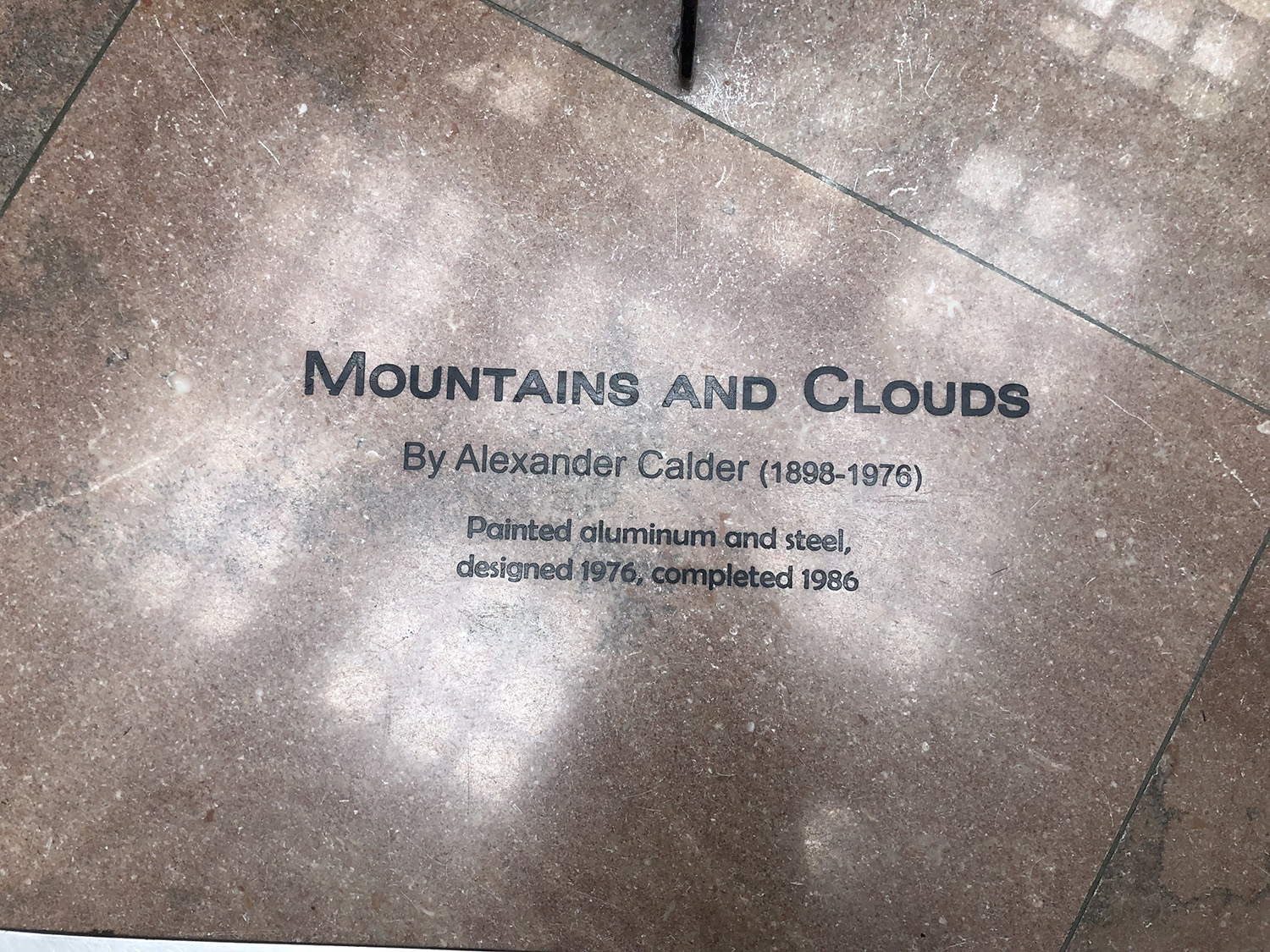 granite testifying to the magnificence of steel.

Hallways bustle with conversations of concerns and causes Americans bring to their representatives. My phone buzzed with pictures of newly arrived tautog and small schoolies back home while Peter’s rang with real-time updates on the Atlantic States Marine Fishery Management Commission’s meeting addressing a failing striped bass management plan. The ASMFC is not part of the Magnuson umbrella and as such, has little stomach to hold states accountable for killing too many fish. Their management is partially based on the letter F which represents the rate of removal of fish from a population by fishing and now also for the grade it gets for being proactive. Their system allows Virginia to harvest 20” fish while most of us collectively work under a 28” rule.

Considering the fishermen I’m exposed to on a very regular basis (thanks for the 1:00 am pictures of your tautog and stripers, keep ‘em coming), our regulation was easily accepted and widely respected.

Walking from Senator Whitehouse’s office, we spoke of how Virginia canceled it’s Spring trophy striper season and was taking the heroic conservation effort to limit the next season to two fish in a slot between 20” and 28”. How bold. The idea that Virginia was blowing their bugle of protection five years too late gave us more momentum to press our representatives to keep Magnuson strong. 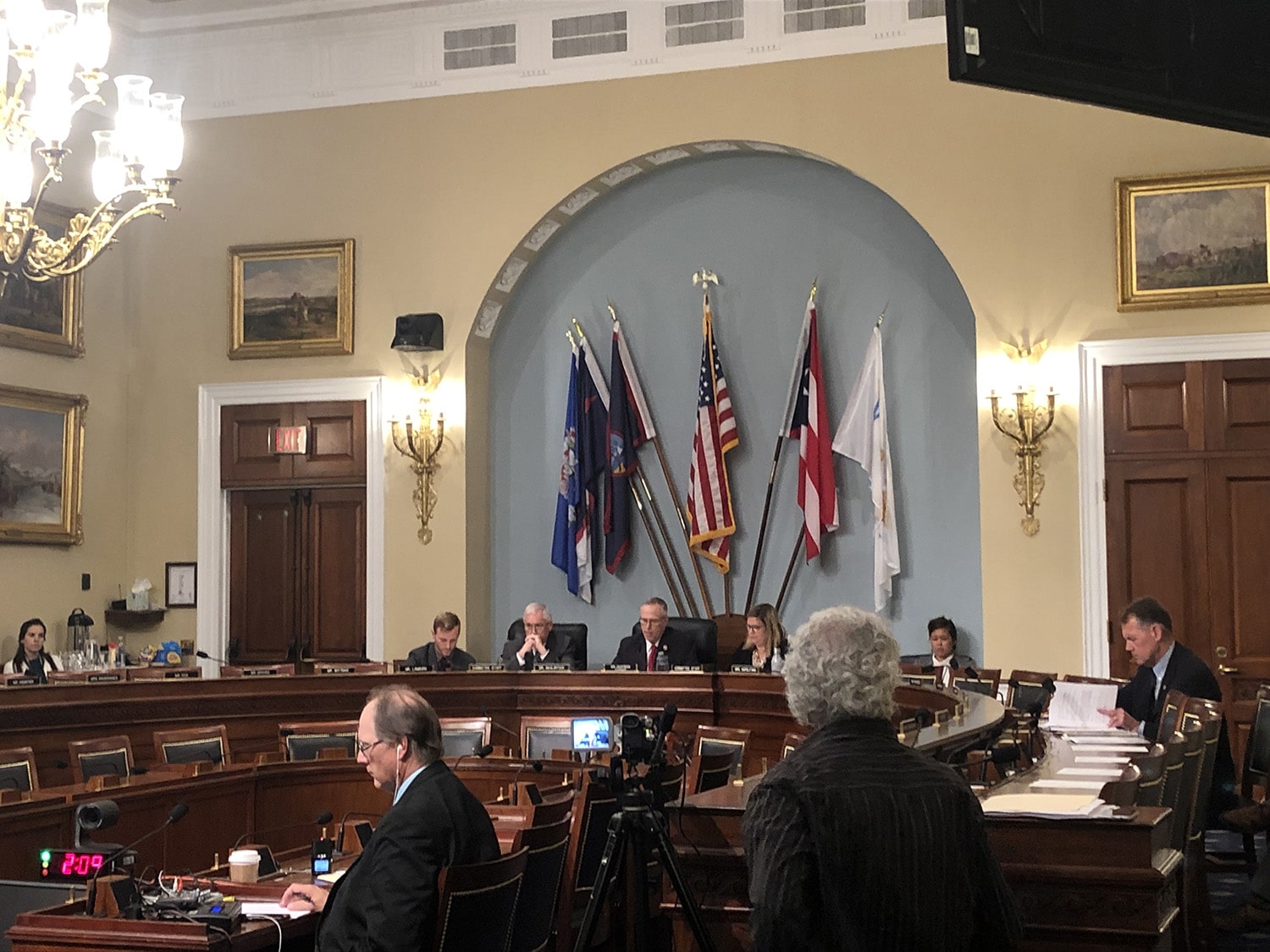 The wheels of government, waiting for a push from Captain John McMurray of the American Saltwater Guides Association

We pressed for climate change to be absolutely recognized in future regulations because it’s not a hoax. This administration’s ignorance towards it needs to be re-channeled to accepting the science. We don’t want Magnuson to have a reverse gear. We need fishery managers who understand warming waters and will protect our environment instead of draining it. It’s easy to ignore clear changes when you toss out the old “natural cycles” claim. Nature does clearly have them but the signs of man-made environmental change are obvious.

>We’ve been spewing carbon from internal combustion engines for a hundred and sixty-odd years, there are almost 7.5 billion people now and there are over 1.2 billion cars on the road

Sitting in Congressman Langevin’s office, Peter cast a logical line from abundance to opportunities to sales. Abundance means guides and charter boats take people fishing, tackle stores sell rods and people buy newspapers and magazines to see where the bite is. It’s obvious that when those people have a positive experience, they’ll come back. Magnuson helps protect all that and we want more abundance.

We talked to staffers about enforcement to compliment accountability. RIDEM Law Enforcement is on the patrol as much as they can but there aren’t enough of them and courts don’t seem to have the bandwidth to properly consider the ramifications of poaching. Magnuson needs to provide support to state agencies to keep us honest. Social media and real-time fishy text circles have made fishing easier but it also shows light on people stealing fish that need to be caught.

I’m proud of the people who call out poachers and who want accountability.

Both days were exercises in democracy and reminders of how flat out amazing our country is, where a fleet of fishermen in suits can have meetings with our government to express our thoughts and passions. At the end of a long day volunteering time and experiences to protect our resources and ensure accountability, I looked across Rhode Island Avenue to see eight stories of lights left on in an empty office building. It was late; no one was working, sipping coffee, or staring at monitors.

Even in this welcome age of conservation, no one could shut off the lights on their way home. 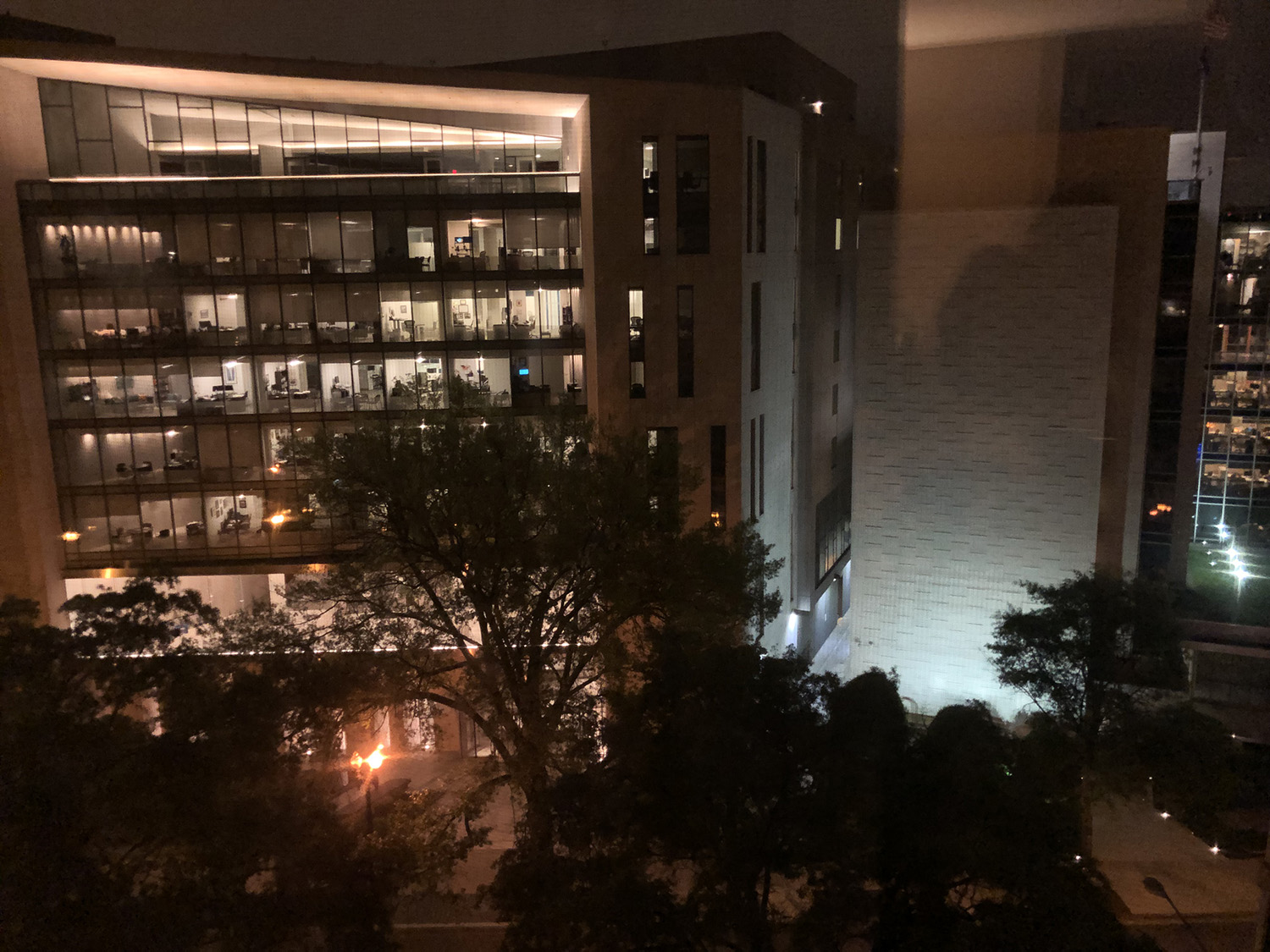 We’re humans, after all, we often need to be reminded to do the right thing.

For many fishermen, once the opening of trout season has passed, it’s all about Galilee, Jerusalem and wailing the west wall. That ragged run of blocks and rocks is known for being one of the earliest spots to find a new season’s first stripers. Word races through...
Keep Reading

Rhode Island’s Trout Unlimited chapter has partnered with RIDEM, EA Engineering and other environmental agencies to investigate the Big River Management Area to see if it’s dark, shrouded reaches might support populations of wild, native brook trout, the state’s only native charr. Biologist Corey Pelletier electrofishing small winding streams and rivers to discover and catalog life, because, in a world of questions, answers all begin with data.