Women Who Choose to Lead 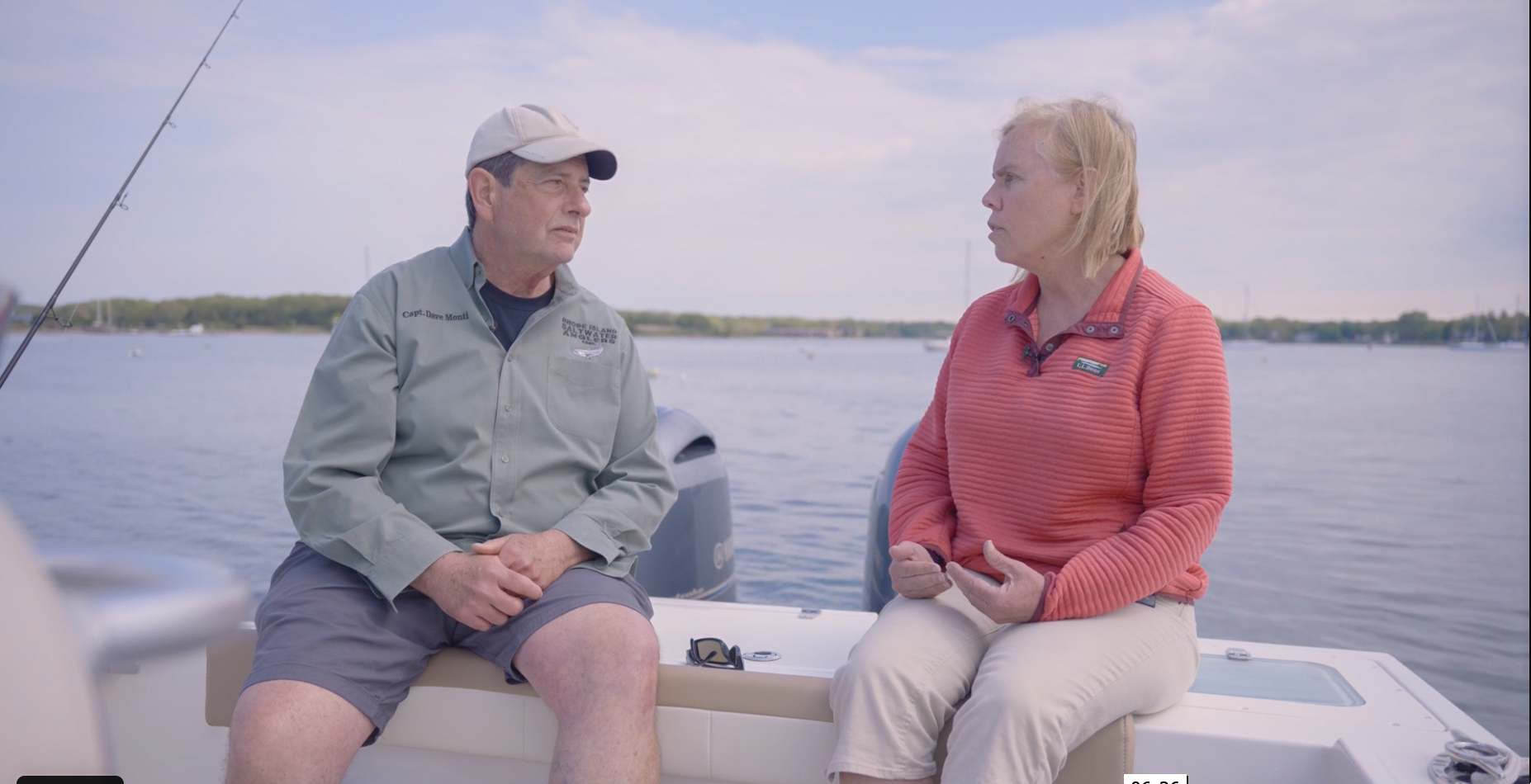 Women Who Choose to Lead and the Janet Coit Fan Club 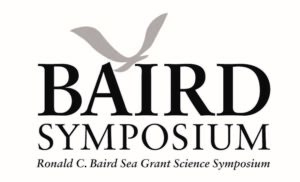 “I’m not just here as a US Senator,” said RI Sen. Jack Reed, “I’m also the Vice-President of the Janet Coit Fan Club.” Speaking along with RI Sen. Sheldon Whitehouse to a reception for the 2022 Ronald C. Baird Sea Grant Science Symposium focusing on Climate Change Effects on Recreational Fishing and Boating, he recognized our love of and reliance on fish and water. The senators made time to visit, listen and comment on the joy we all feel living in the Ocean State and on the trials of securing protective environmental legislation but it was the words of praise Sen. Reed chose for the Assistant Administrator for NOAA Fisheries that struck me. “The Janet Coit Fan Club.” 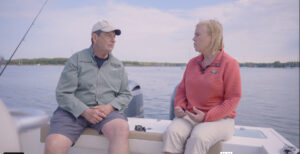 The symposium and reception were co-hosted by Captain Dave Monti of No Fluke Charters and “Where’s The Bite?” fishing report, who is a tireless advocate for fair fisheries regulations recognizing the positive impact recreational anglers have on economies and overall happiness and Jennifer McCann, Director of U.S. Coastal Programs at the Coastal Resources Center and Extension Programs for RI Sea Grant.

A few generations ago, fishermen relied on natural indicators to find fish, avoid hard weather and guide them home. They trusted their instincts and found peril when they failed to pay attention. For several months, Symposium participants and organizers processed conversations from two virtual meetings and an afternoon on a Wickford dock where anglers and scientists shared what they saw on the water today. You can watch the first video here and the second here.

They discussed blossoming fisheries for wahoo, cobia and 2021’s inshore tuna bite then raised concerns about increasing numbers of holdover stripers disregarding traditional migrations with bait and forage fish staying later into the cold months. Everyone noticed waters are remaining warmer later. This open communion was extraordinary, for it enveloped a diverse group with similar passions then distilled truths and hypothesis about temperatures, bait distributions, fish feeding patterns and migrations. The Baird Symposium concluded in style, with a swift summer squall washing the deck clean at the Mosby Center on URI’s Narragansett Bay Campus and a film introducing observations from people who look up, who also asked us to do the same so that we might help make strong, proactive decisions for our planet. 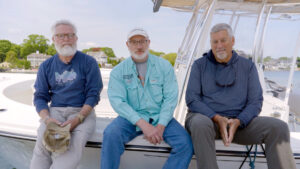 Because Assistant Administrator Coit, J.D., who thanked her fellow Rhode Islander and boss, United States Secretary of Commerce Gina Raimondo, Ph.D., J.D.,  directed RIDEM for ten years and now helps manage NOAA Fisheries on a national stage, her presence was significant. Equally so, it was special because she was introduced by Paula S. Bontempi, Ph.D., Dean of URI’s Graduate School of Oceanography. Dean Bontempi was chosen after a successful career as a NASA researcher and  Acting Deputy Director at NASA’s Earth Science Division, Science Mission Directorate of NASA Headquarters in Washington, D.C. She leads a faculty of fifty teaching a hundred graduate students to be our next generation of explorers, researchers, educators and dreamers. The film itself was introduced by Tracey Dalton, Ph.D. Director of the Rhode Island Sea Grant. Prior to becoming Director, Ms. Dalton was a URI Marine Affairs Professor and led the Marine Affairs program as department chair.

After a brief conversation with Karen Bradbury, Sen. Whitehouse’s Project Director, Abbie Schuster and James Turek were announced as winners of the photography contest. Mr. Turek is a NOAA Restoration Ecologist and avid outdoorsman while Ms. Schuster is a fishing guide, owner of Kismet Outfitters on Martha’s Vineyard and proud new mother. 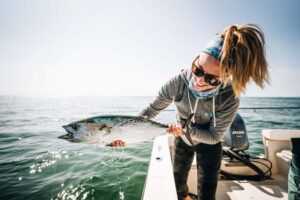 Before all of this, we were greeted by Abbey Greene, who recently graduated with a Master’s of Environmental Science and Management and Susan Kennedy, RI Sea Grant’s Coastal Program Coordinator. Ms. Kennedy was the brightest smile and quickest wit who spearheaded the video with Alex DeCiccio from URI’s Inner Space Center.

Contemplating all those titles, positions, resumes and post-nominals, I kept returning to the Janet Coit Fan Club. It is clear that the Bay Campus, the University, our businesses, our communities, our country, is blessed with and surely benefits from strong women. The very room where senators, deans, academics and anglers gathered to confront a changing climate, was named for beloved GSO alumnae Helen J. Mosby. The very day our Supreme Court summarily dismissed a woman’s right to choose, I was in the presence of women who lead academic and governmental institutions, create research, policy and regulation and enrich vocations that investigate and build knowledge. Bright, formidable, literate, inspirited women who earned their way to enviable career summits. At every step, women who choose to lead inspire others to grow and learn.

It was a potent moment, being in their company, celebrating a collaboration of thoughtful people who choose to look up, to question and understand then work to improve an undeniably changing world. What an honor it was to be in that room and to learn from those women. 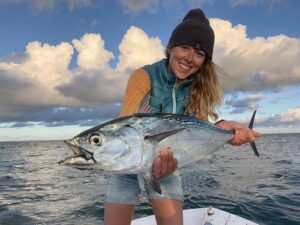